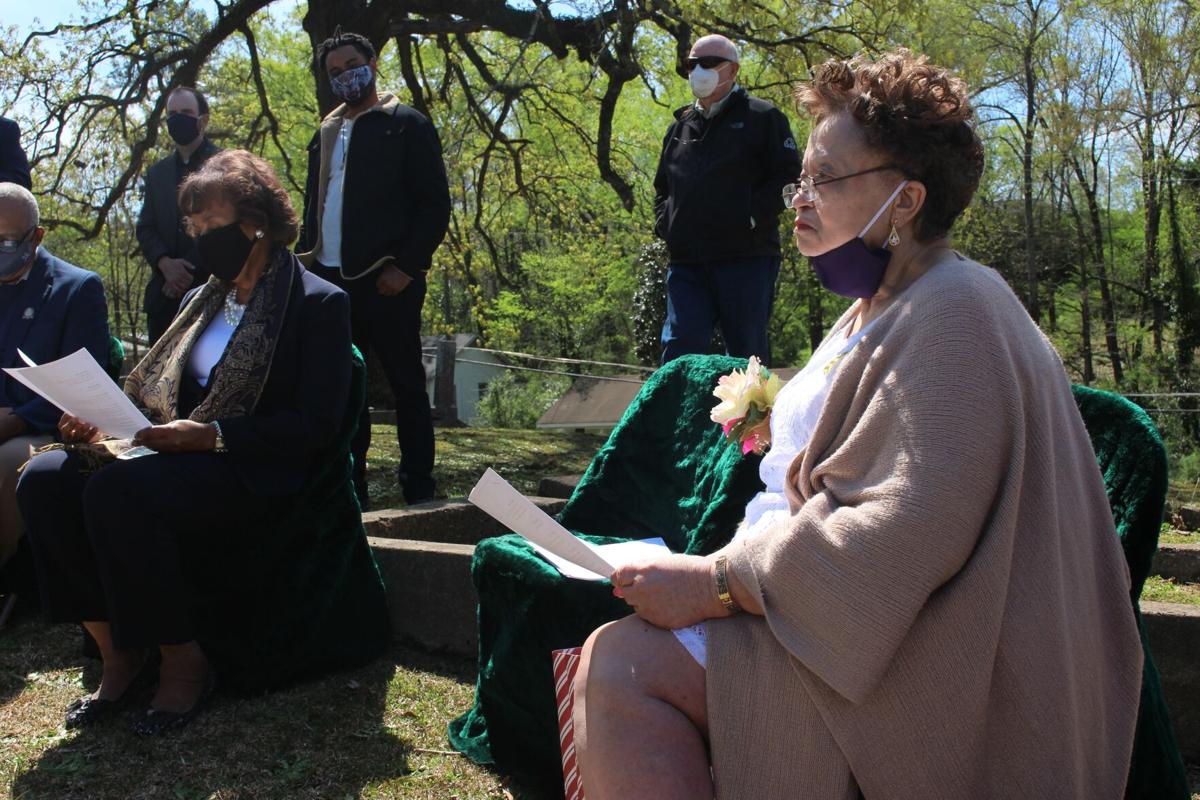 Viola Lyons-Brown (left) and Lavada Dillard listen to the MLK Legacy and Leadership Academy’s presentation on Black history in Rome. The two were participants in the 1963 Main High School sit-in protests. 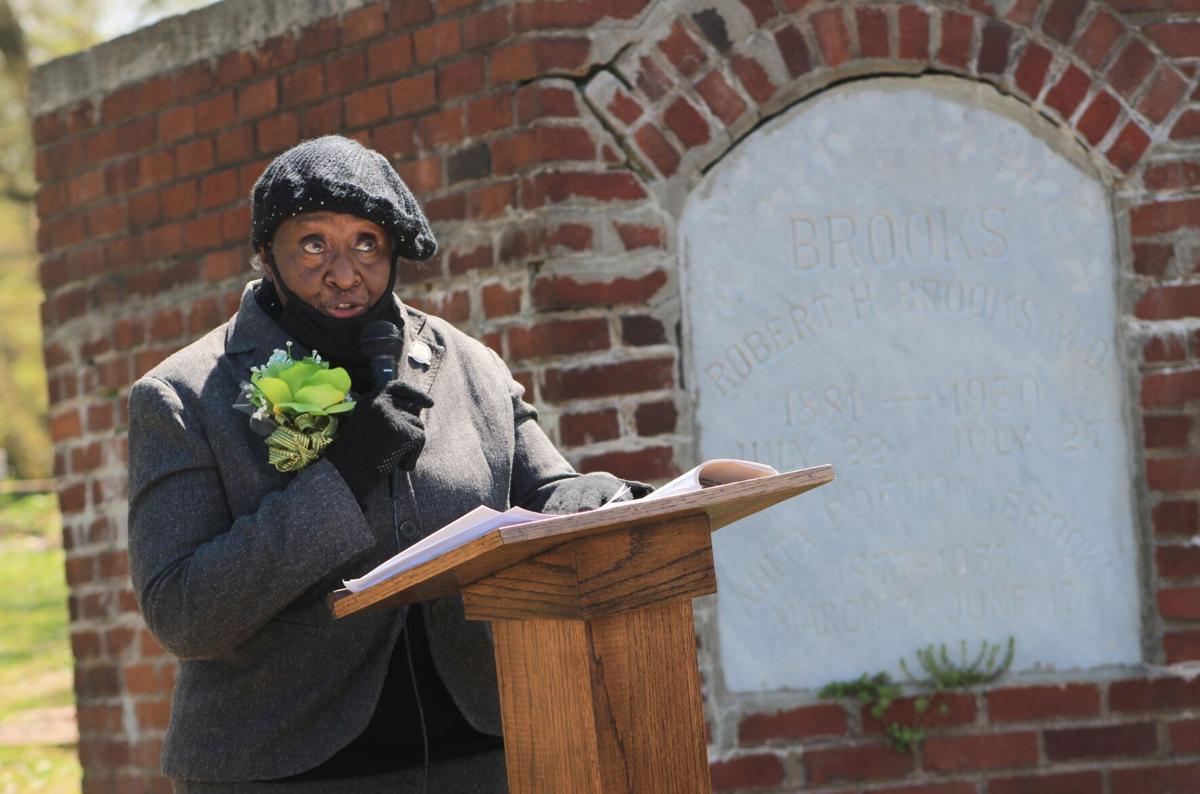 The Rev. Susie Twyman talks about the legacy of Dr. Robert H. Brooks, a Black physician who lived in Rome in the early 1900s. 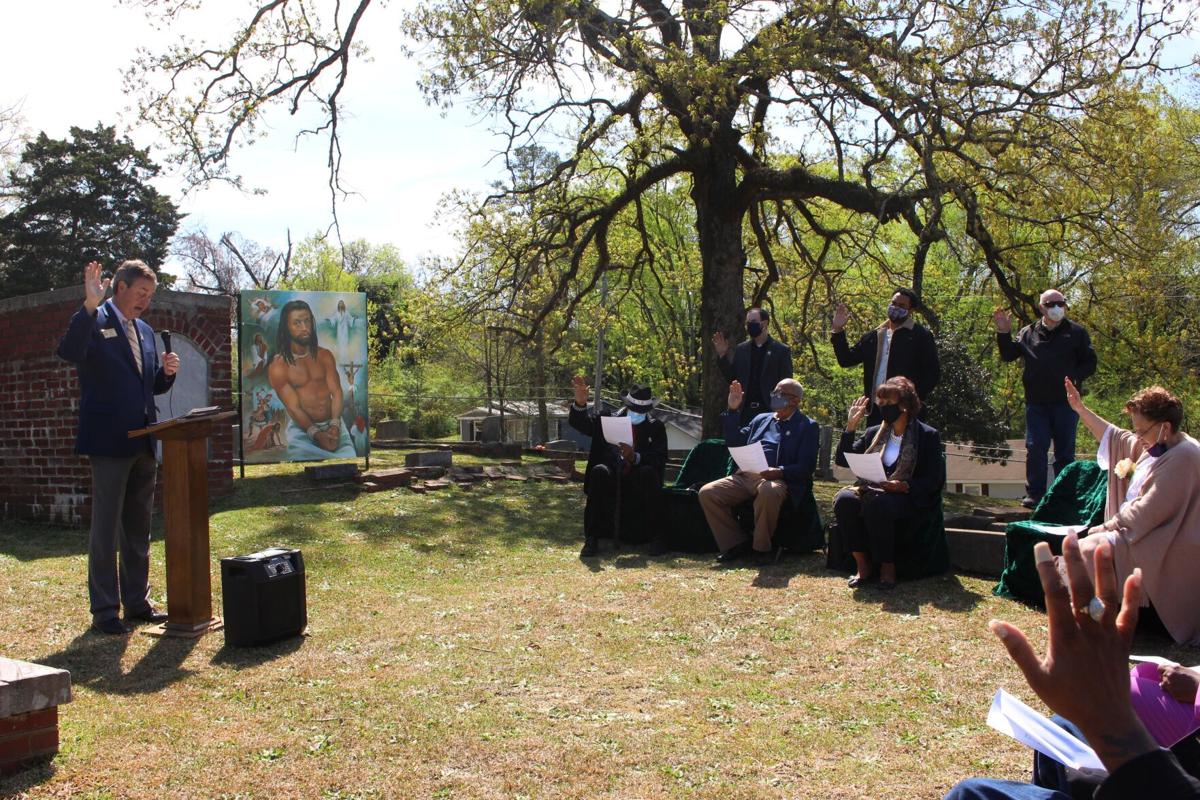 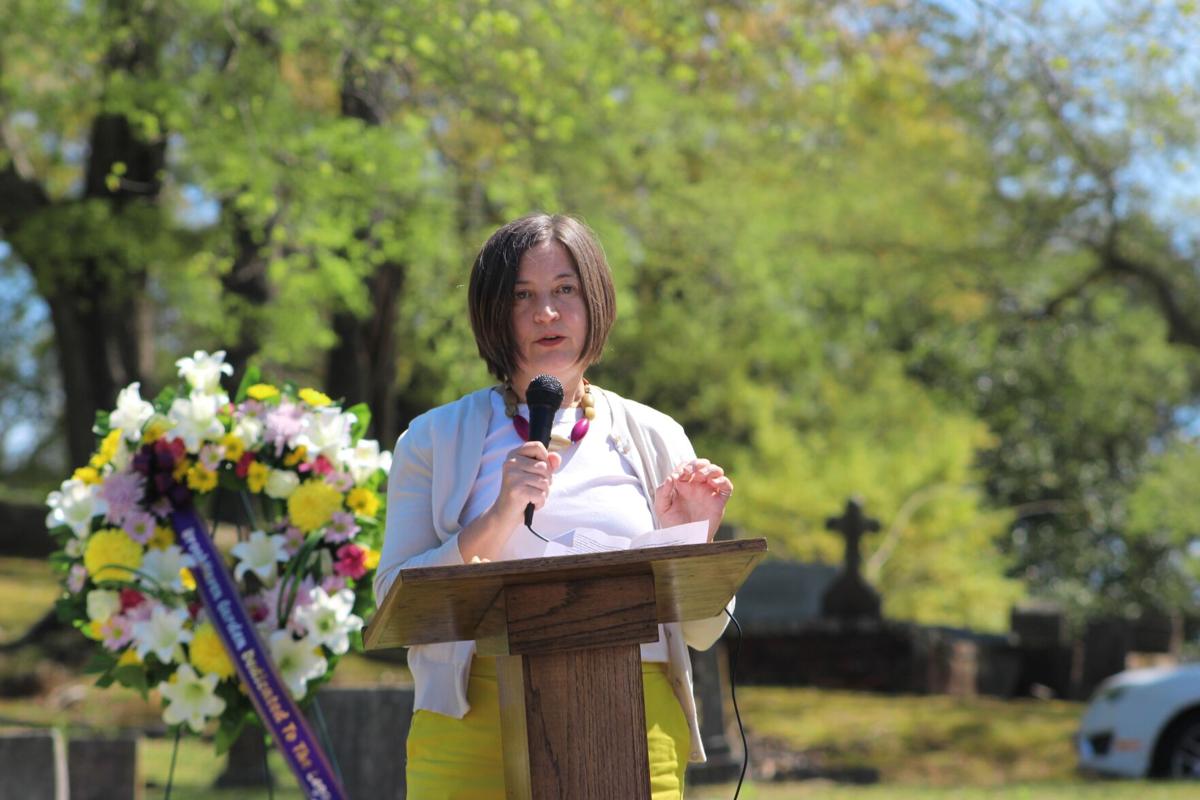 Laura Anderson from the Birmingham Civil Rights Institute talks about the 1963 Rome lunch counter sit-ins and some of the history that surrounds the area. 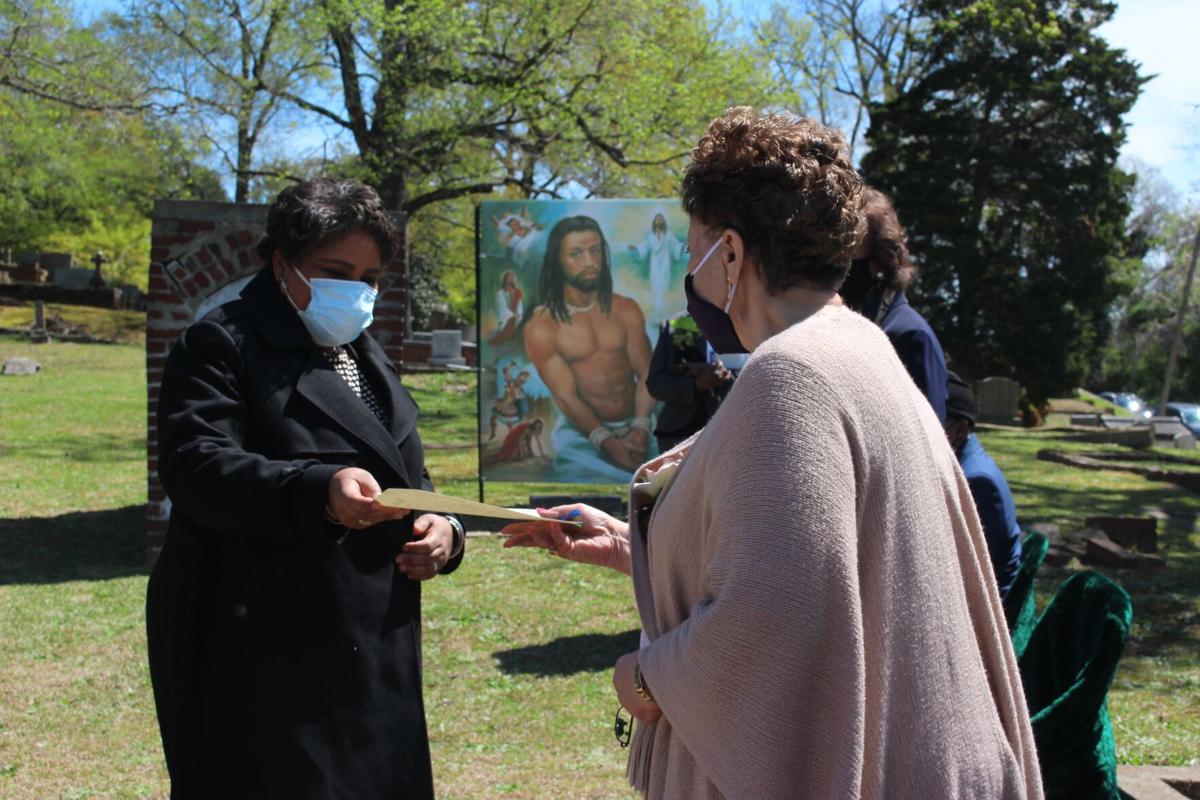 Viola Lyons-Brown (left) and Lavada Dillard listen to the MLK Legacy and Leadership Academy’s presentation on Black history in Rome. The two were participants in the 1963 Main High School sit-in protests.

The Rev. Susie Twyman talks about the legacy of Dr. Robert H. Brooks, a Black physician who lived in Rome in the early 1900s.

Laura Anderson from the Birmingham Civil Rights Institute talks about the 1963 Rome lunch counter sit-ins and some of the history that surrounds the area.

In the segregated section of Myrtle Hill Cemetery, a group gathered to mark the 53rd anniversary of the assassination of Martin Luther King Jr. by honoring both local and national history.

The MLK Legacy and Leadership Academy found it was important to gather there to talk about the Civil Rights Movement in Rome and some of the 903 Black people buried in the segregated part of the historic cemetery.

“I want people of all ages and from all walks of life to get involved and choose discomfort, because it’s not comfortable,” said Laura Anderson of the Birmingham Civil Rights Institute.

One of the most notable people buried at the cemetery is Dr. Robert H. Brooks, a Black physician who chose to settle in Rome with his wife, Anita Brooks.

Originally from Trinidad, he was the first intern at Tuskegee Institute Hospital in Tuskegee, Alabama, and first went into private practice in Madison.

When he moved to Rome, he wasn’t allowed to practice at the hospital and had to perform a lot of his work, including surgery, in the patients’ homes, sometimes on the kitchen tables.

He eventually built a hospital for his patients in 1912. Called Brook Haven, it was located in the-then Black business district of Rome, Five Points.

Brooks was able to buy himself a car when most people of his race only drove a horse and buggy.

However, only he was allowed to drive the car. When his wife attempted to drive it downtown, police forcibly removed her and arrested her.

“An African American physician was allowed to drive in the city, but others of his race were prohibited from doing so,” the Rev. Susie Twyman said at the event.

“Dr. Brooks was truly a dedicated physician. He passed away in 1930, but he will long be remembered for Brook Haven, the hospital he built and bore his name.”

Weeks before the 1963 Birmingham, Alabama, sit-in, 62 Main High School students were arrested for their own sit-ins, trying to integrate seating areas in downtown Rome restaurants.

Lavada Dillard and Viola Lyons Brown, who were just 15 years old when they participated in the protests, were in attendance at the Saturday event and given a round of applause.

“They survived jail and made it wonderful in their lives,” Twyman said. “These were students, who fought for Black citizens in Rome, GA.”

“All of the students either pleaded guilty or were found guilty,” he said. “Most of them were sentenced to a fine of $50 or five days in jail.”

Several of the students laid down on the floors during the sit-ins and had additional charges against them, making it 10 days in jail or $100 fines.

Five under the age of 14 had their charges dismissed by the judge, based on the fact that they were “too young” to understand the seriousness of the act they did.

“Two young lawyers were sent by the NAACP to represent these students,” Niedrach said. “They were just a few years out of law school ... and in hindsight, we recognize their names: Horace T. Ward and Vernon Jordan.”

The two men would later rise to prominence in the country, with Ward becoming the first Black man to serve as a U.S. District Court judge, for the Northern District of Georgia, and Jordan becoming a close friend and personal advisor to President Bill Clinton.

Overlooking Pennington Avenue and Branham Avenue sits the segregated section of Myrtle Hill Cemetery, where hundreds of Black residents were laid to rest, sometimes without headstones.

Using Morrell J. Darko’s book “The Rivers Meet” as a reference, Dillard went over some of the people who are buried there, including the Dozier family, who ran a funeral home and Anak T. Atwater, who owned a newspaper in Rome that predates the Rome News-Tribune.

“She interviewed their family members and recorded their stories,” Dillard said. “Everybody needs one of these books ... so they will be remembered for being a part of this (history.)”