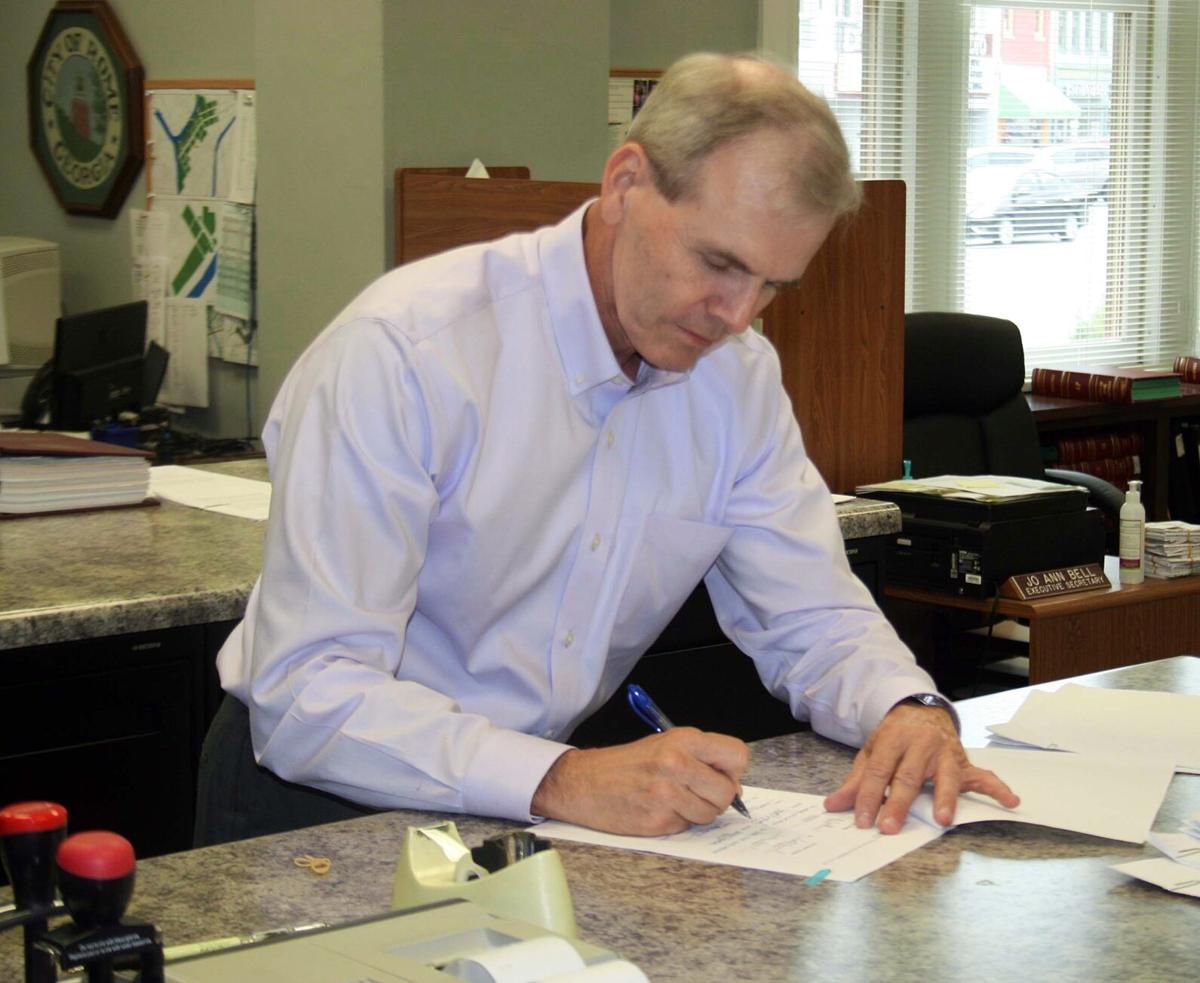 Joe Smith, city clerk for the past 30 years, signs a document on the counter in his office in Rome City Hall on Broad Street in Downtown Rome. 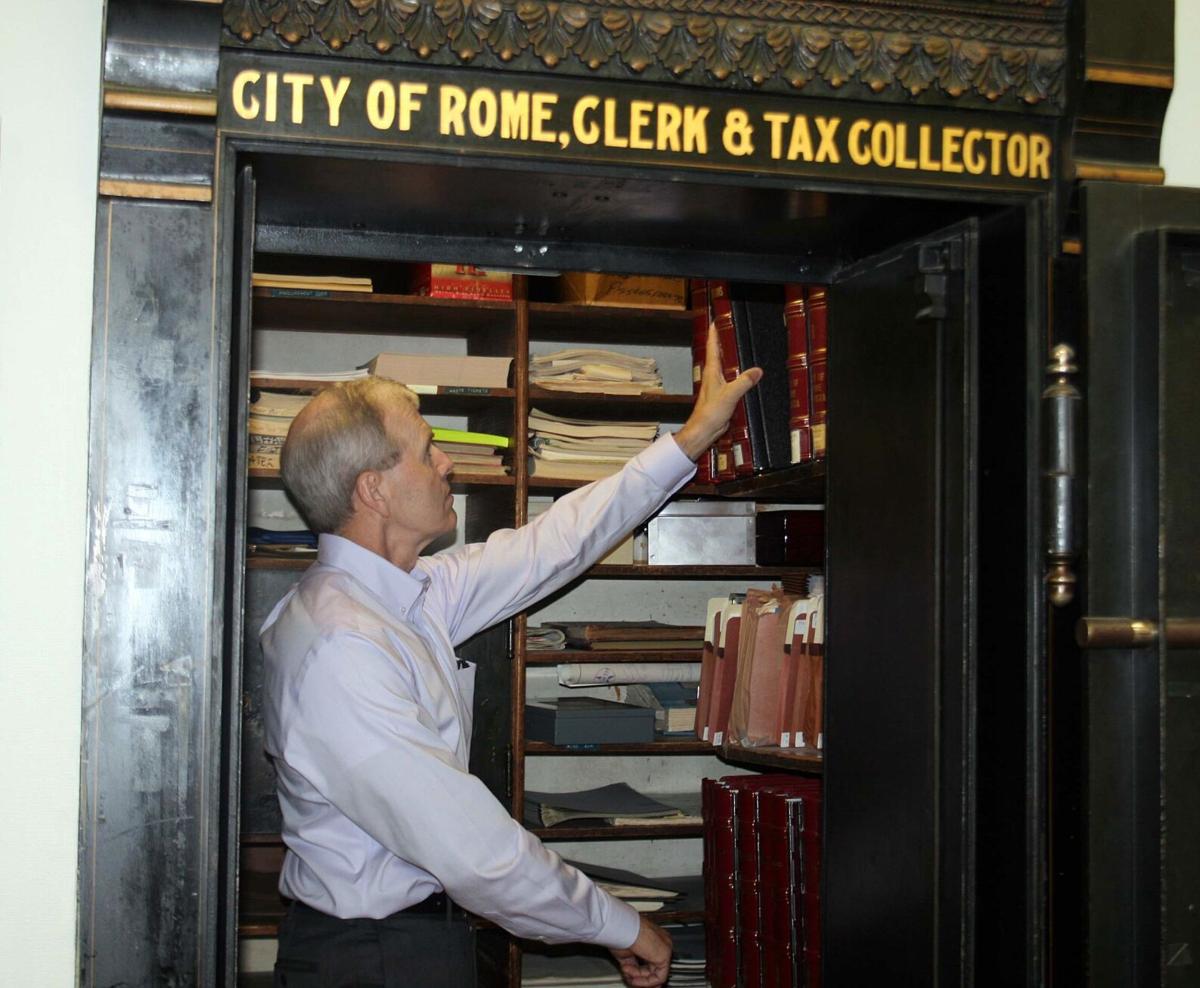 City Clerk Joe Smith searches for hand-written minutes of City Commission meetings that go back to 1876.

Joe Smith, city clerk for the past 30 years, signs a document on the counter in his office in Rome City Hall on Broad Street in Downtown Rome.

City Clerk Joe Smith searches for hand-written minutes of City Commission meetings that go back to 1876.

When it comes to making sure city government functions on an even keel, Rome City Clerk Joe Smith has charted Rome’s course from City Hall for three decades now.

Smith joined the city in 1987 as deputy city clerk to Branson Gayler, who held the job for 20 years until he retired in 1990.

“My primary function is to serve as secretary to the city and all that entails,” Smith said.

During his first 10 years in the job, he also served as the city’s chief tax collector. That responsibility was relinquished in 2000 when the city and county consolidated the service in the tax commissioner’s office.

Changing technology has impacted his office significantly through the years.

“Obviously a lot fewer things are being done by hand now,” Smith said. “But a lot has stayed the same.”

Anyone wanting to know what happened at a city commission meeting over the last 144 years can probably get Smith’s help in finding out when it happened.

Computerized minutes of City Commission meetings go back to the year 2000. Prior to that, minutes were typed or even hand-written and put into a hardbound book.

“A lot of the minutes are good reference but they’re not very detailed,” Smith said of the old minutes. “There might be record of a vote but nothing about any of the discussion. They were true action minutes, not much of a meeting summary.”

Chief among things that have remained consistent through the years is his staff.

There has been a little turnover in the positions of business license inspector and facilities manager, but Smith said he’s been blessed to have had good people in those roles throughout the years.

One job he says that few people realize he does involves recording cemetery deeds.

There are no lots available at the historic Myrtle Hill Cemetery — but in the event a lot is sold from one family to another, the sale is recorded at City Hall.

Smith is also an encyclopedia when it comes to city ordinances.

His minutes of City Commission meetings where laws have been adopted or amended go well beyond simple recording of who voted for or against. They include summaries of the discussion that will allow future generations of Rome residents to better understand why certain actions were taken by city leaders.

Next week, Maryland starts ban on foam containers for carryout food. Not everyone is happy

Georgia woman among those challenging eviction ban in suit

Q&A: How to handle technology issues with online school

A sit down discussion with Gov. Brian Kemp

Now you can track your absentee ballot in Georgia