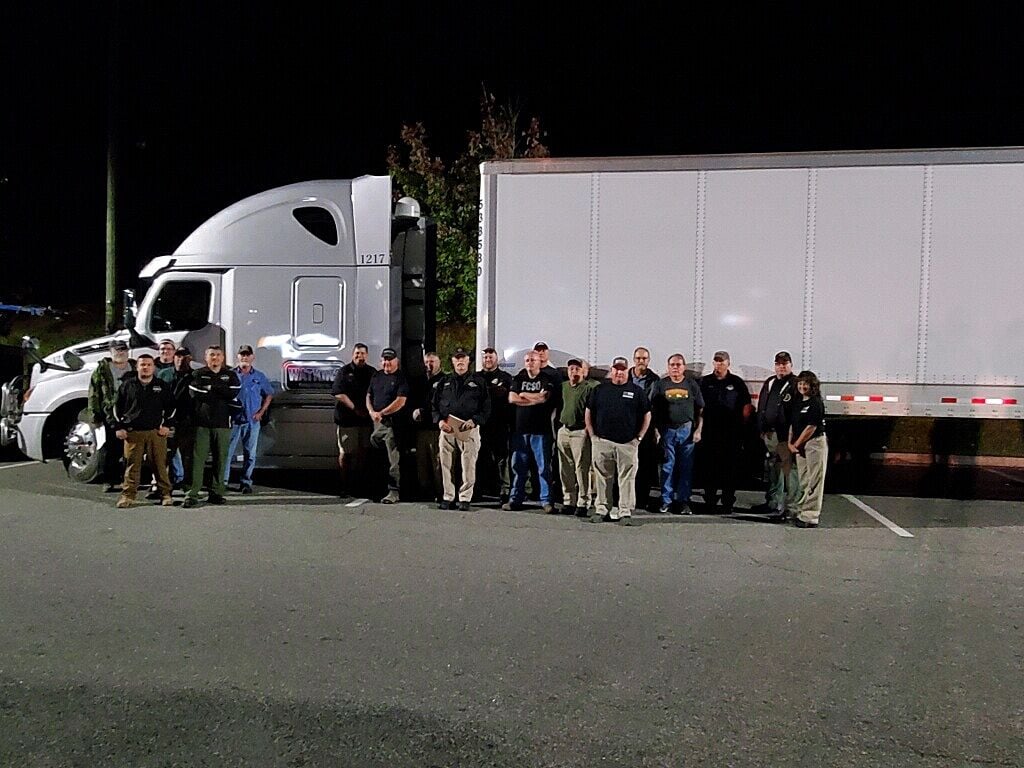 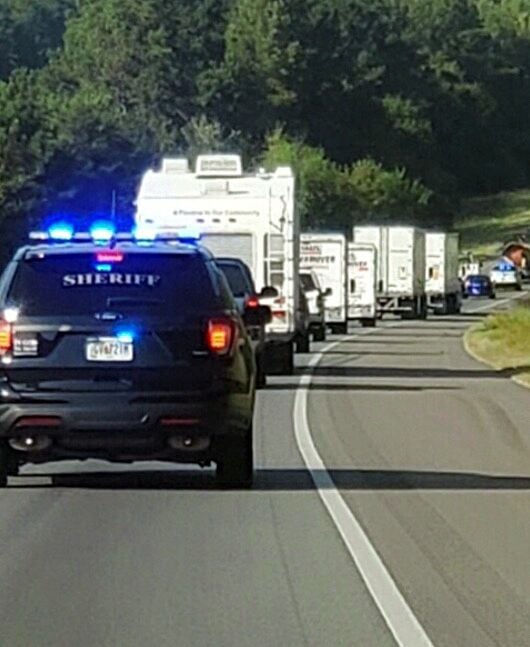 A photo from the rear of the convoy of Rome Ga Cares hurricane relief supplies that left Rome for DeRidder, Louisiana, Monday morning.

A photo from the rear of the convoy of Rome Ga Cares hurricane relief supplies that left Rome for DeRidder, Louisiana, Monday morning.

A convoy of tractor-trailers, U-Haul trailers and private vehicles left Rome at 6 a.m. Monday loaded with supplies for residents of western Louisiana devastated by Hurricane Laura.

Prior to leaving, local law enforcement spent some time letting their counterparts along the route know they would be driving with emergency lights activated — so they knew there wasn’t a chase or enforcement action taking place.

To borrow a line from the 1978 movie Convoy, “I don’t read nothin’ in Scripture that says thou shall not put the pedal to the metal.”

Chaplain David Thornton said the convoy decided to head straight across I-20 to Shreveport and then down to DeRidder, Louisiana, in Beauregard Parish, where the group planned to spend the whole week passing out supplies.

“This is the first time we’ve ever gone to take supplies to storm victims and driven right into another storm,” Floyd County Sheriff Tim Burkhalter said. “We’ve got boots and waders and we’re ready for it.”

Tropical Storm Beta is expected to dump another two or three days of rain on the people in western Louisiana and east Texas this week.

Thornton said the community responded with a smorgasbord of goods ranging from diapers to dog food.

The emergency supplies include tarps, cleaning supplies and fans — which Thornton said would be used to help residents dry out their homes once much of the water damage is repaired.

Floyd Medical Center and Redmond Regional Medical Center also donated hundreds of mini-backpacks to be stuffed with candy, coloring books, toys, personal hygiene supplies and a stuffed animal. They’ll be delivered to children wherever the local team goes during the week.

Pleasant Valley South Associate Pastor Billy Fricks said the response to the call for help from his church was tremendous.

“And it wasn’t just church members, it was from everybody on the south side of the community,” Fricks said.

Burkhalter said he had spoken with Beauregard Parish Sheriff Mark Herford, who was very appreciative and looking forward to helping with the distribution of the supplies.

Pandemic relief talks inch ahead but McConnell is resistant