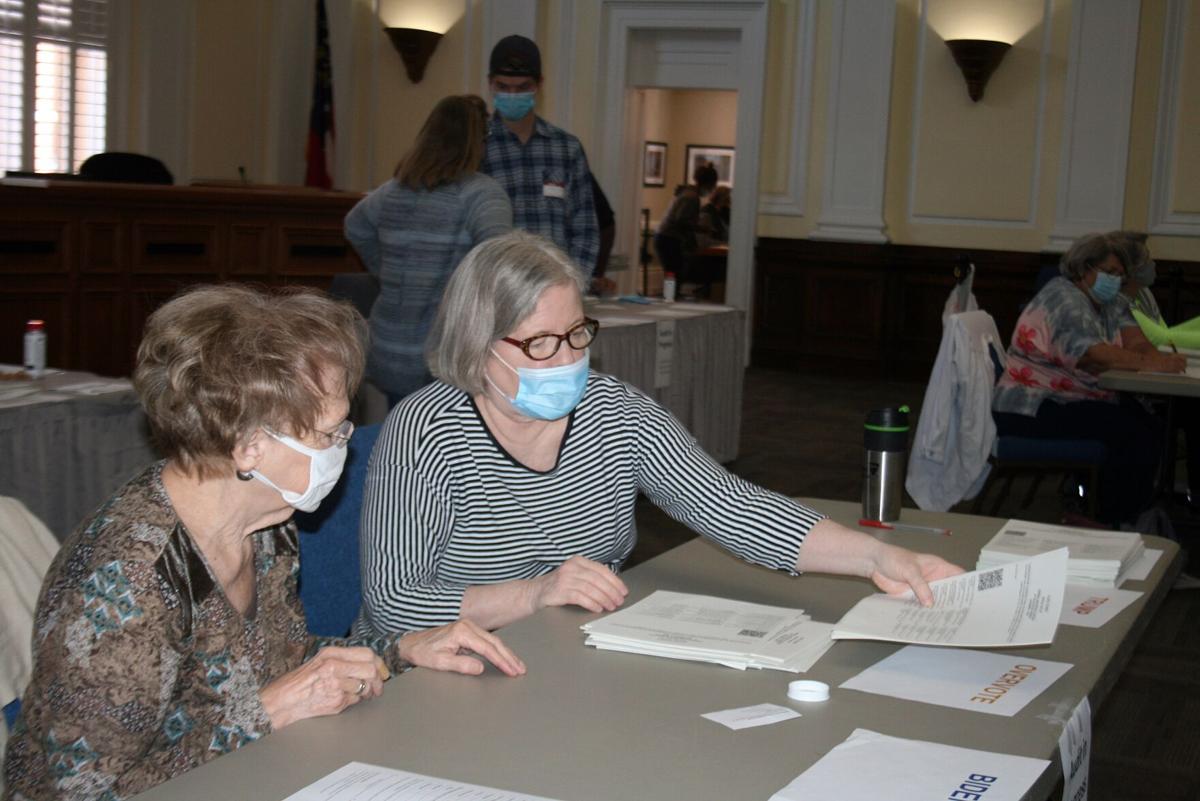 Lynda Lumpkin and Carol Willis work through the hand recount of ballot in the Presidential race Saturday morning. 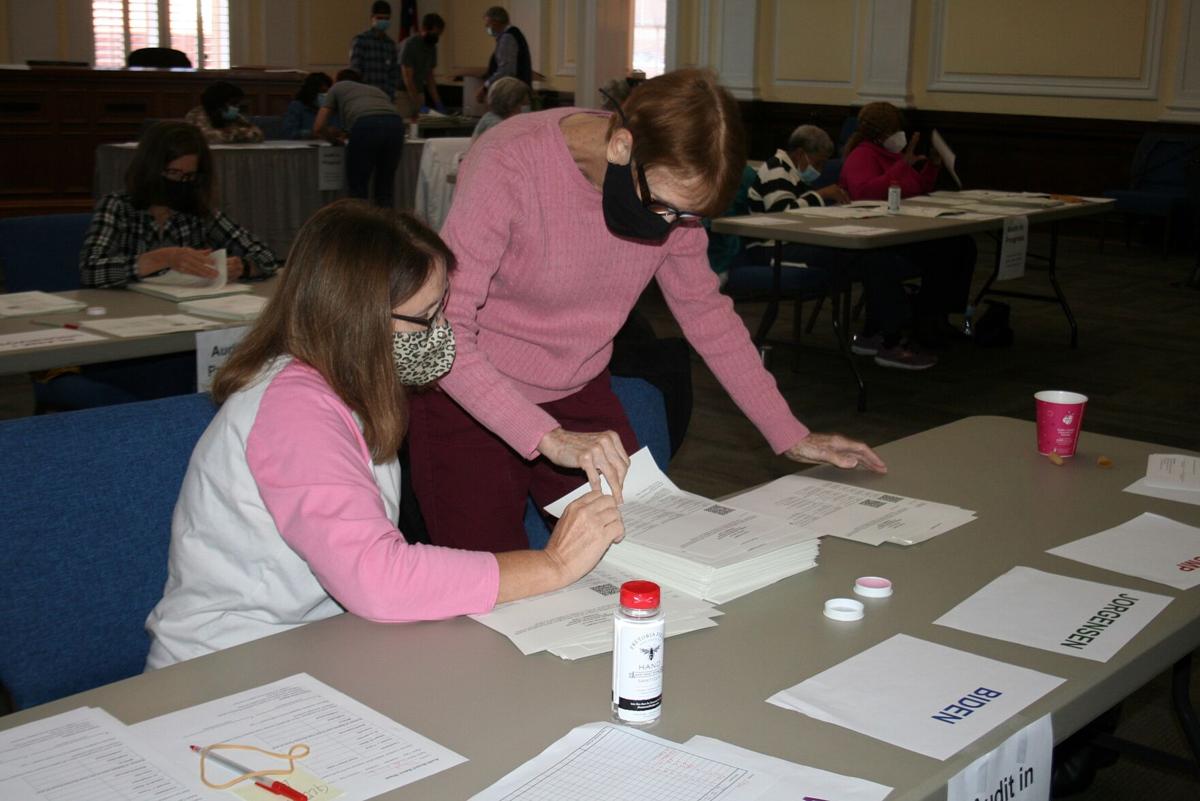 Lynda Lumpkin and Carol Willis work through the hand recount of ballot in the Presidential race Saturday morning.

The painstaking hand recount of ballots cast by Floyd County residents in the Presidential election was completed late Saturday afternoon.

Board of Elections member Melanie Conrad sent the RN-T a statement Sunday indicating that the board is making progress on transmitting the numbers to the Secretary of State's office.

"Because they need more than just grand totals, we want to verify that all the categories are accurate," Conrad said. "We plan on transmitting the information by Wednesday morning."

"The Board of Elections also wants to extend our deep appreciation and respect to our poll workers, Elections staff, monitors, observers and community members who came together and worked hard to accomplish this mammoth task," Conrad said.

GOP leader Luke Martin and local Democratic leader Wendy Davis each confirmed that they had not received final numbers Sunday.

The hand recount of all ballots in the Georgia Presidential vote began in Rome around 9:30 a.m. Friday with 16 poll workers paired off at eigh…

Hardships mount in Kentucky as COVID-19 relief talks drag on

The Latest: Serbia gets 1st test batch of Russian vaccine