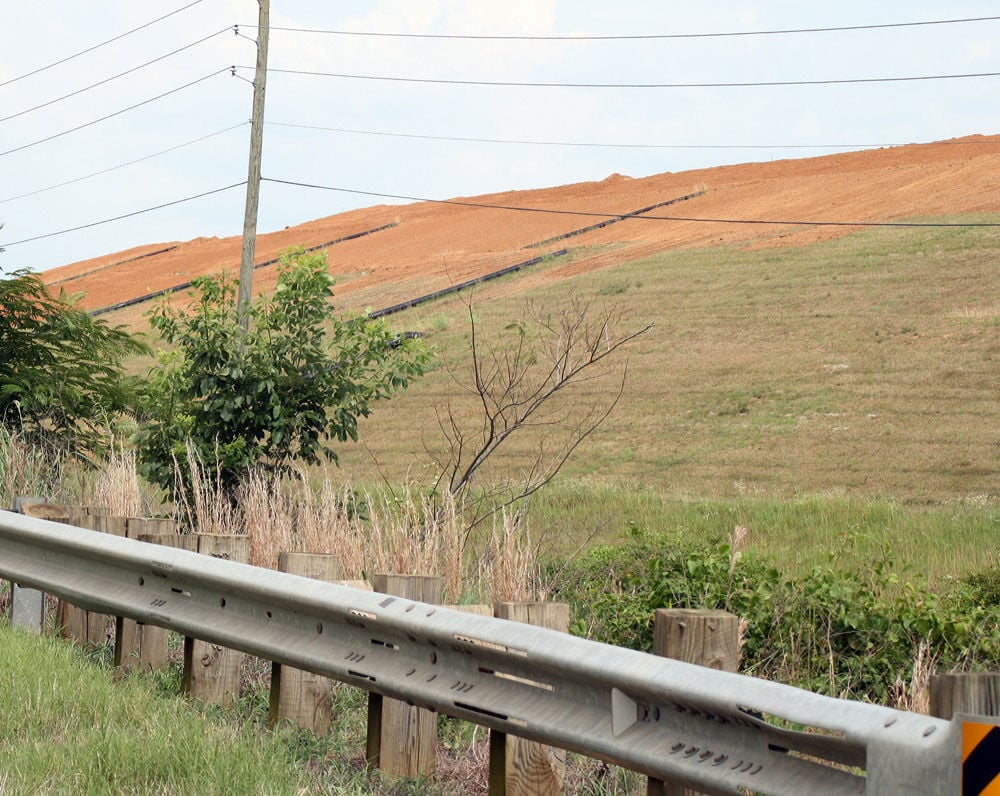 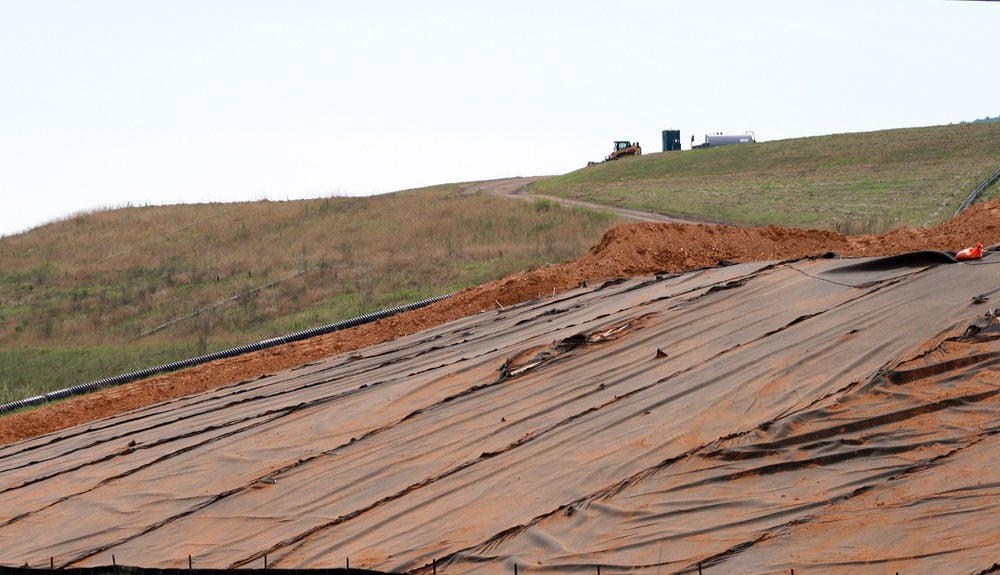 An impermeable liner is being put over the coal ash pond across Georgia Highway 100 from Plant Hammond. It will remain in place until Georgia Power can remove the ash as part of it's system-wide coal ash pond closure process. (Doug Walker, RN-T)

An impermeable liner is being put over the coal ash pond across Georgia Highway 100 from Plant Hammond. It will remain in place until Georgia Power can remove the ash as part of it's system-wide coal ash pond closure process. (Doug Walker, RN-T)

Georgia Power said it will shut down its coal ash ponds across the state, including the four at Plant Hammond west of Rome and the one at Plant Bowen near Carters­ville.

The company will stop taking in coal ash at all 29 sites within the next three years.

Aaron Mitchell, general manager for environmental affairs, said the utility will remove the coal ash from three of the ponds at Plant Hammond — including the one visible to drivers on Ga. 20 just west of Ga. 100.

The fourth pond will be closed in place and “advanced engineering methods,” such as construction of impermeable concrete barriers, will be used to make sure the ash is contained.

The lone ash pond at Plant Bowen will be closed in place and capped.

Mitchell said some of the ash removed from the Plant Hammond ponds would likely go to the Huffaker Road landfill that Georgia Power has been using for several years.

The utility will remove the ash from 16 ponds in areas where they can’t be sure it won’t leak into a nearby body of water. But Mitchell said no ash from other plant sites would be brought to the Huf­faker Road location, which is lined to prevent seepage.

Mitchell said the closure of all 29 coal ash ponds would cost Georgia Power between $1.5 billion and $2 billion over the next 10 to 15 years.

He could not provide a timetable Tuesday for the Plant Hammond work.

Each closure plan is site-specific, he noted — based on the size of the pond, its location, the surrounding geology and the amount of material to be disposed of. A team of independent professional engineers will certify each closure.

Once the ash has been removed, the company will install groundwater monitoring wells and monitor them for at least 30 years to be sure the pollutants don’t migrate.

“We are aggressively working to close our ash ponds as quickly and safely as possible to meet EPA’s new standards for handling coal ash,” said Mark Berry, VP of environmental affairs for Georgia Power, in a press release.

“As part of our strategy, we are also leveraging advanced technologies and engineering practices to ensure additional measures are in place that are protective of groundwater.”

Mitchell said that as groundwater monitoring results become available through the years, the utility would update the community on the findings.

Georgia Power also is converting to a dry-ash handling process at each of its coal-fired power generating plants. The conversion will take another three to four years.

Approximately 50 percent of the coal ash Georgia Power produces today is recycled for various uses such as Portland cement, concrete and cinder blocks.

The closure of coal ash ponds was brought back to the forefront across the Southeast in the wake of recent flooding in North Carolina.

High court moves away from leniency for minors who murder

How to get a voter ID card in DeKalb County

Richardson lays out goals of private-public partnership for Cumberland CID

Want to know more about Woodstock? Take a downtown tour