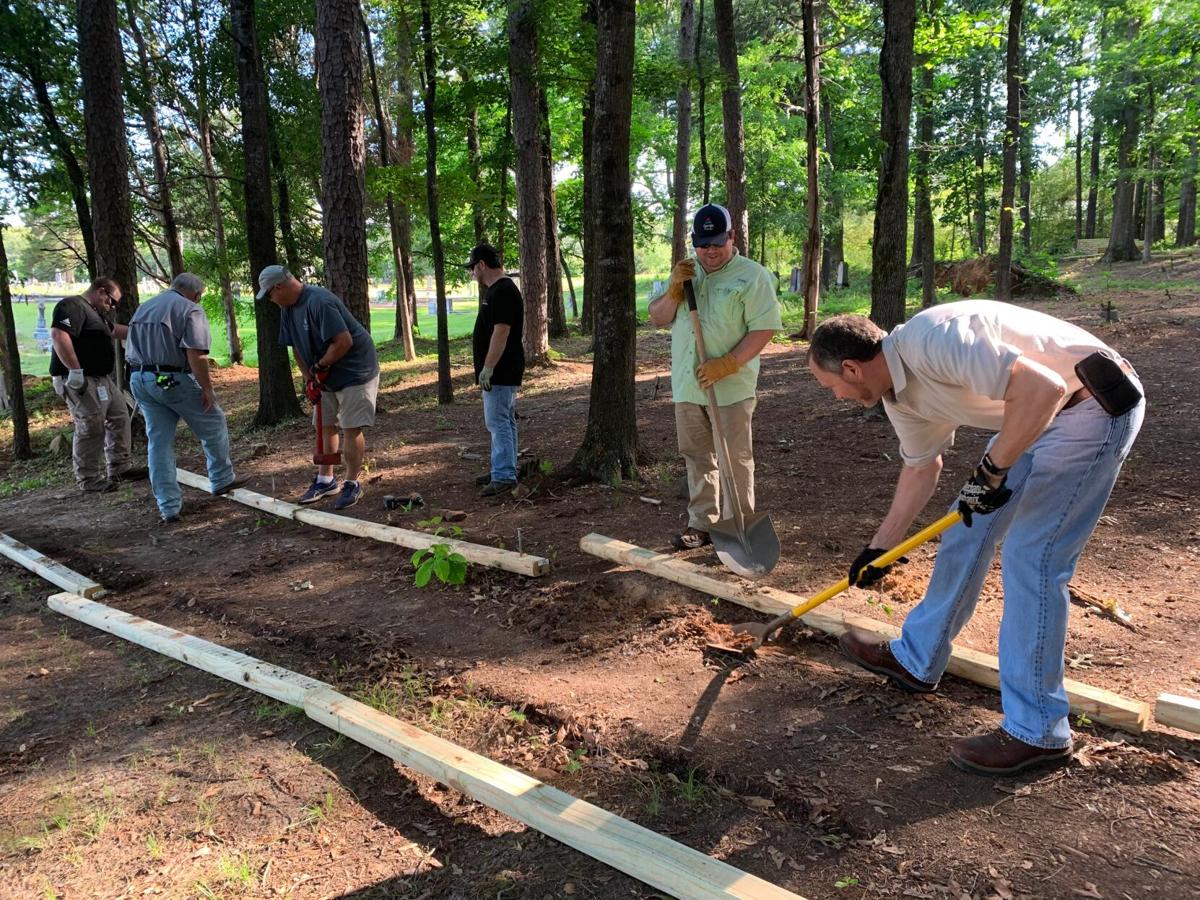 Citizens of Georgia Power Plant Bowen volunteers work on a trail in the Euharlee Black Pioneers cemetery. They hope to complete the trail, which meanders through the 1-acre cemetery, by the end of the year. 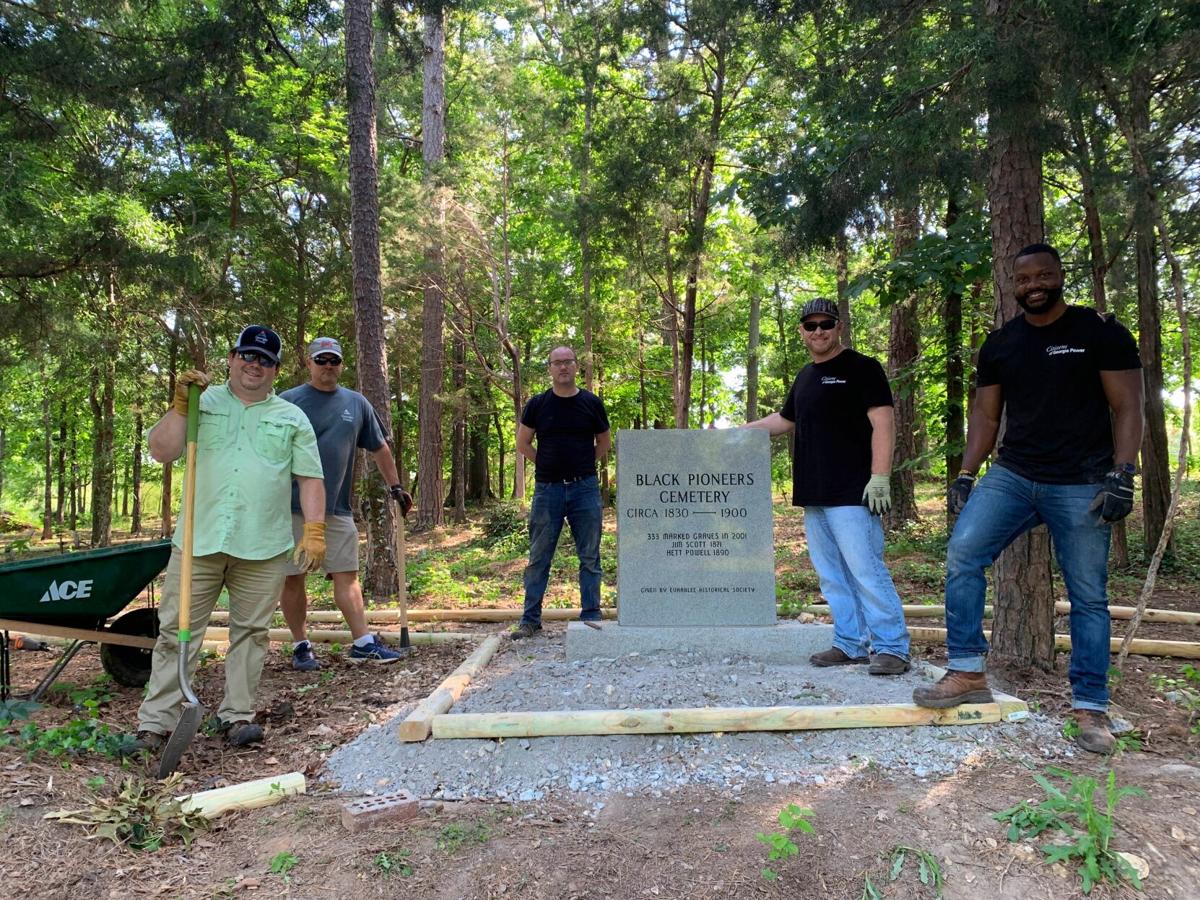 Citizens of Georgia Power Plant Bowen volunteers work on a trail in the Euharlee Black Pioneers cemetery. They hope to complete the trail, which meanders through the 1-acre cemetery, by the end of the year.

The restoration effort of an overgrown Euharlee cemetery where an estimated 300 Black Georgians were buried between 1830 and 1900 is underway.

The project has been spearheaded by the Citizens of Georgia Power Plant Bowen chapter.

The Black Pioneers Cemetery had been forgotten for the most part, until the Euharlee Historical Society saved it from development almost 20 years ago.

The cemetery is approximately an acre in size, and sits between the Euharlee Baptist and Presbyterian churches. Many of those interred in the cemetery are believed to have been held in slavery prior to the Civil War.

According to the cemetery’s Facebook page, only three individuals buried there have been identified: Het Powell along with her daughter and a local man named Jim Scott.

Restoration efforts were initiated several years ago under the former chapter president, Taryna Whiteman. Volunteers started clearing the cemetery of brush and overgrown vegetation back in 2018.

This May, they started laying down a trail system throughout the cemetery. The goal is to create easy access to graves, with plans to identify and mark as many as possible.

Teresa Couey, a member of the Bowen employees group, said they put in a lot of work at the cemetery after a tornado brought down a number of trees in January 2020. But the COVID-19 pandemic followed right on the heels of that clean up, which slowed down work on the trail system.

Jonathan Blair, the group’s current president, decided that completing the trail is their top priority now.

“This was the first opportunity we had to continue our work, but we are committed and have no plans to quit until the full trail system is complete,” Blair said.

The Georgia Power Foundation has chipped in a $5,000 grant. It will be used to bring in ground-penetrating radar to help get a more accurate grave count. The original 300-plus number was developed by a volunteer using an old-fashioned dousing rod.

Katie Gobbi with the city of Euharlee said she is hopeful the radar will confirm the number of graves.

She is also hoping that more work with the community will lead to the identification of others who are buried — but she acknowledged that putting names to specific gravesites will be very difficult.

The Plant Bowen Citizens of Georgia Power team with help from the Euharlee Historical Society hopes to complete the trail and much of the restoration work in the cemetery by the end of the year.

Twins drop three of four to Shohei Ohtani and the Angels

Cobb creeping back toward 'high community spread' mark for virus

Here’s where Georgia ranks for obesity