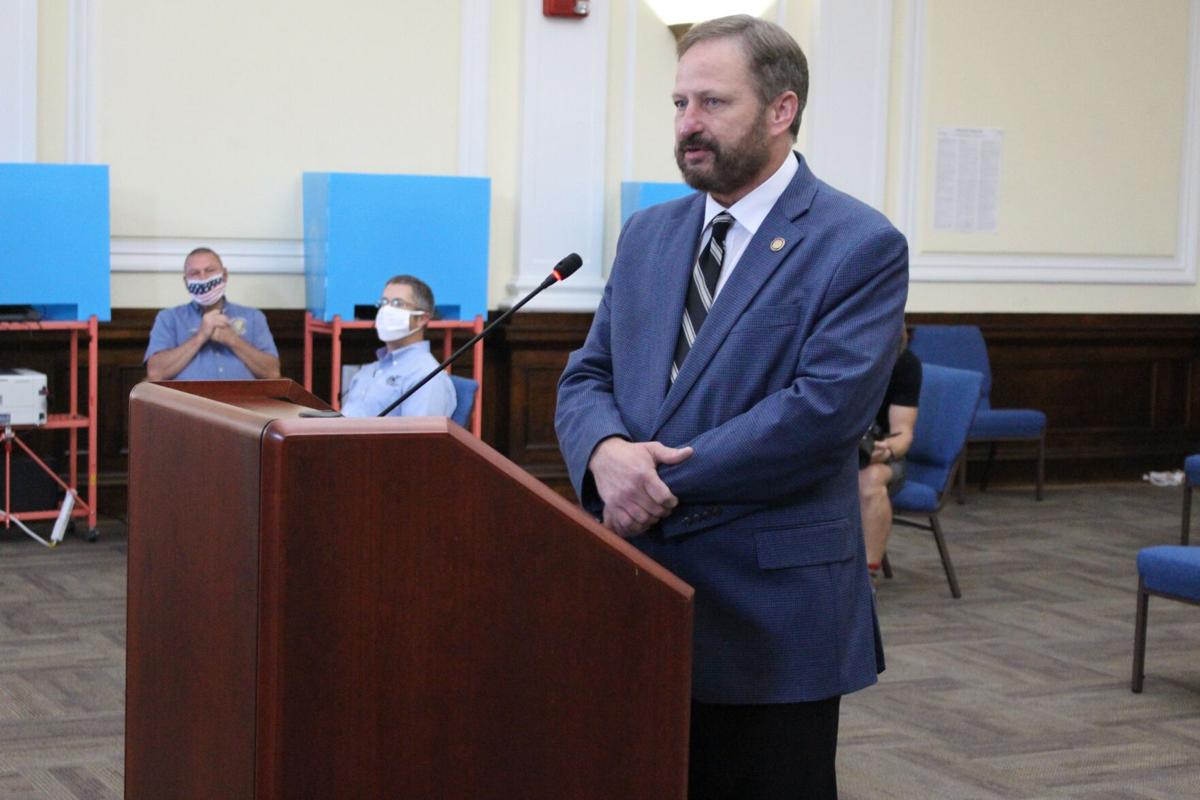 State Sen. Chuck Hufstetler, R-Rome, talks to the Floyd County Commission on Tuesday after they recognized the former county commissioner for his service. 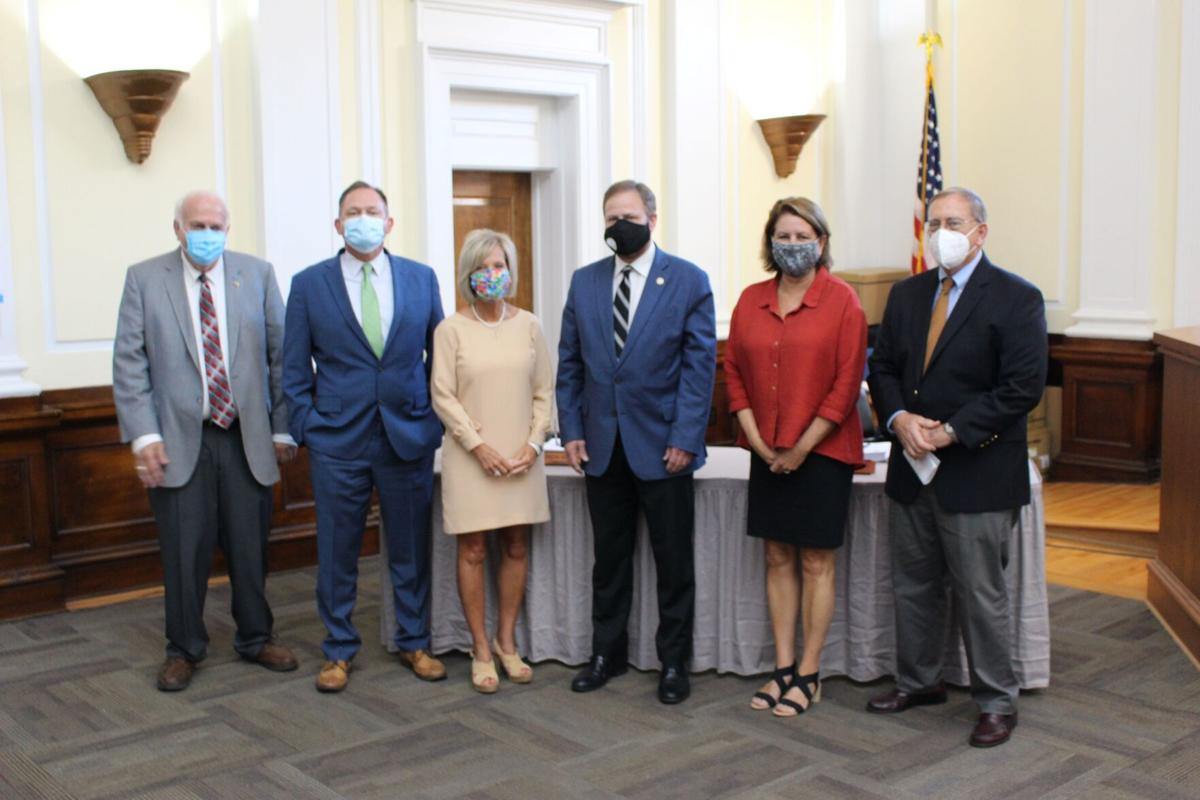 State Sen. Chuck Hufstetler, R-Rome, talks to the Floyd County Commission on Tuesday after they recognized the former county commissioner for his service.

The policy allows law enforcement officers to keep their firearm after 10 years of service to the county when they retire.

“This is a nationwide practice to honor officers with a sentimental token of appreciation at the time of their retirement,” County Manager Jamie McCord said before the Tuesday vote. “We’d like to continue that process and standardize it.”

During the board’s caucus, McCord gave a report on the most recent Joint Services Committee meeting with city officials, including the recent talks of annexation.

“From our standpoint, it doesn’t hurt us,” he said. “But (for) county schools, it’ll be huge.”

Commissioners voiced concern for the school system, which would lose a lot of property tax revenue and state funding if some neighborhoods are shifted to the city school system.

Commissioner Rhonda Wallace also voiced concern about how it would affect Rome City Schools, which already has a large number of students. She said while many people in the Celanese and Horseleg Creek area live closer to Rome High and Middle schools, they prefer the county’s Model school district.

“I’ve had so many people contact me, saying they want their child to go to Model and Johnson and that’s why they live in that area,” Wallace said.

In a Rome City Schools meeting on Tuesday, Superintendent Lou Byars said the school system could handle an influx of new students if the city did annex any or all of the neighborhoods.

McCord went on to say that this has become primarily a school issue and said the school boards might have to sit down and talk to figure out the best course of action.

Toward the beginning of the meeting, the Commission also gave special recognition to state Sen. Chuck Hufstetler, R-Rome, for his service to the area in the Georgia General Assembly.

Hufstetler has served in the Senate since 2013, but before that, he had served on the County Commission. Chair Scotty Hancock recalled being director of 911 and worrying about bringing his budget to Hufstetler to approve.

As part of the special recognition, the Commission gave Hufstetler a lantern, as a metaphor for “lighting the way.”