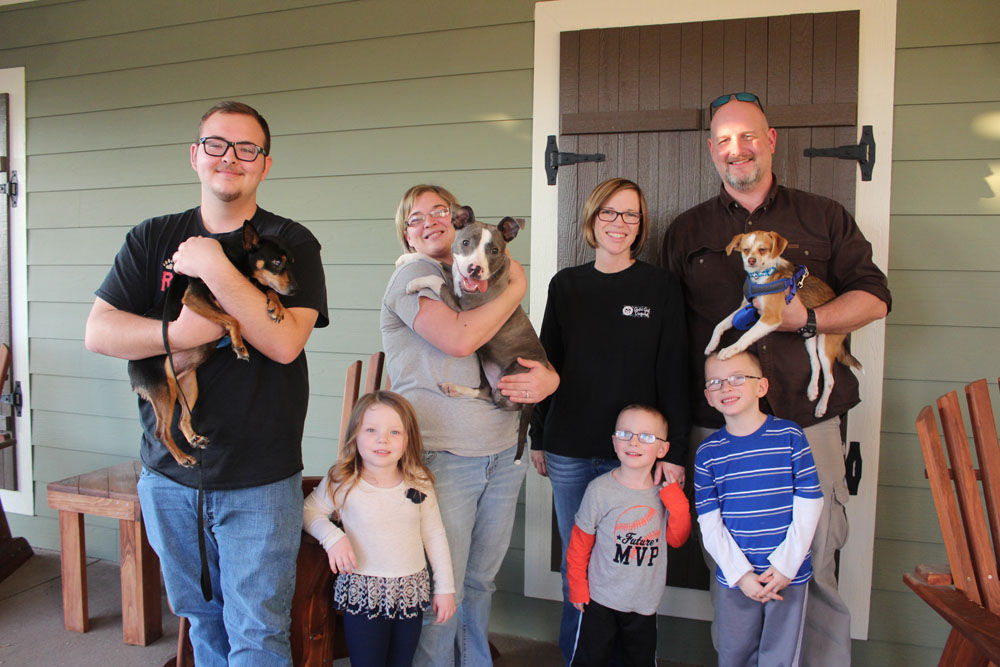 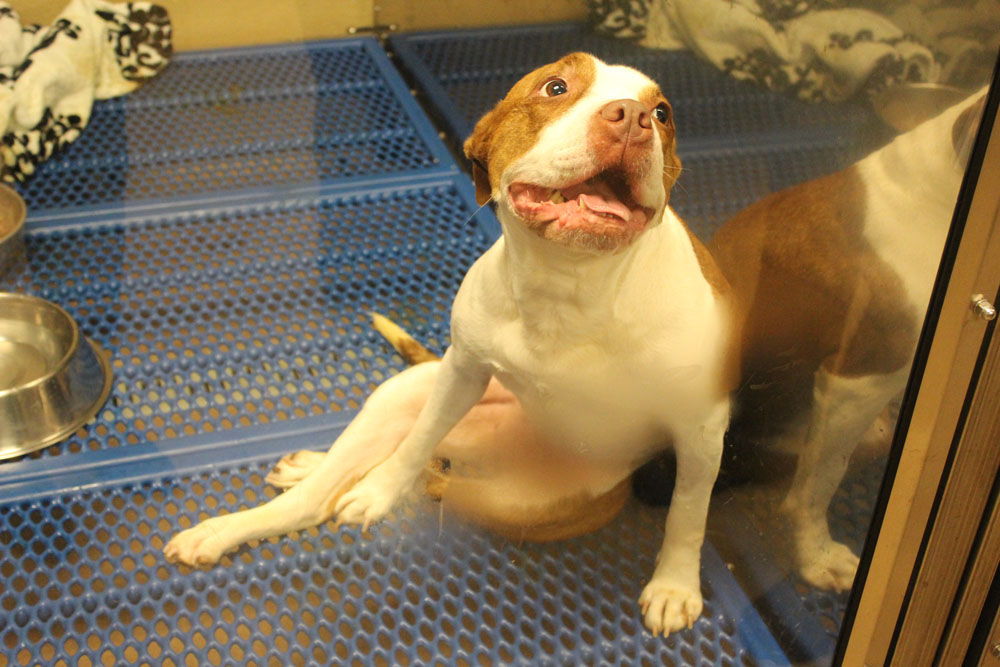 Aggie, who had a fall on some stairs, has lost the use of her back legs. ARF is trying to raise funds to help Aggie's owner purchase a wheelchair for her.

Aggie, who had a fall on some stairs, has lost the use of her back legs. ARF is trying to raise funds to help Aggie's owner purchase a wheelchair for her.

Every animal has a story, according to Greta Willoughby of Rome’s Animal Rescue Foundation.

“They all have stories, just like people,” she said.

ARF is a nonprofit that takes injured animals turned in to Floyd County Animal Control to the vet for any needed surgery, then finds the animals foster families, permanent homes or shelters to stay in after they recover.

The group has reason to celebrate, because they recently were able to help two special needs dogs find families and start the next, happier chapter of their story.

“Animal Control found him, he’d been hit by a car,” explained Willoughby. “He had a very bad neurological injury and had no balance.”

Forrest — with care and time — regained the ability to walk, but his gait is still abnormal. Willoughby worried about finding a forever home for him, however, the perfect family found him.

“They came in looking,” she said. “They wanted a dog for their oldest son.”

Tina and Charlie Brown of Rome were searching for a dog for Cooper, their 6-year-old son. Cooper has cerebral palsy. His parents wanted him to have a furry companion.

“We needed a dog that was not so high energy and would not overstimulate him,” explained Tina Brown. “When he told us he wanted a dog, we started searching.”

The Browns were introduced to Forrest by Willoughby and the match was made.

“He’s just like me,” said Cooper. “His weakness in his legs.”

They knew immediately that the sweet little 6-month-old pooch who’d had such a hard start in life was their dog, Tina Brown said.

Forrest has been theirs for three weeks now and the boy and his dog are doing well.

“He is sweet,” said Cooper. “He licks me on my mouth and he jumps on me everywhere. He needs bones to chew on, because he chews on everything. I rub his tummy and his ears go up.”

Tripod was found on the side of the road, hit by a car. A good Samaritan found her and brought her to an animal hospital. One of her legs was amputated. She ended up under the wing of ARF. Amy Schelleack, who works at West Rome Animal Clinic, fostered Tripod to help her recover. Now, she’s had her for about four months and is keeping her as part of her family.

“I fell in love with her,” explained Schelleack. “She had complications, seizures from the head injuries she received. I was determined to not let her get put down, though.”

Now, Tripod is better. She loves children — especially Schelleack’s young daughter Alex. She loves other animals and is “just a big bundle of love.”

“She’ll have the problem with seizures forever, “ explained Schelleack. “However, she is getting better.”

Tripod is a great comic relief, she added.

“She plays with my other dog and they chase each other around,” she explained. “She spills out and just gets right back up and keeps on. She is a joy to have around. She is happy to be with you. It is like she knows she was saved.”

ARF is hoping to find a home for Rochelle, a blind dog they have been taking care of as well.“She’s a wonderful, sweet dog,” explained Willoughby. “She’s about 7 years old. She loves kids and other animals. I know that you do not go out looking for a blind dog, but she would be a wonderful pet.”

The group also is working to raise funds for Aggie. While Aggie — a boxer mix who is 4 — has an owner, she is in need. Aggie was hurt recently when she got her foot caught in some stairs and fell.

She hurt her back and paralyzed her back legs. Her owner, heartbroken, brought her to West Rome Animal Clinic, hoping to get her help.

“Putting her down is not an option,” Willoughby said. “We are trying to raise enough funds to help her owner get her a wheelchair.”

Willoughby said that anyone wanting to help Aggie or possibly adopt Rochelle, should contact West Rome Animal Clinic at 706-235-8861.

The Latest: Spain sends plane to Nepal to help evacuations

The Latest: Britain calls on Israel to act proportionately

Op-Ed: Santa Monica was never a progressive bastion for Latinos

Filming of 'Dexter' moves from Worcester to Grafton

Ohio has a lot of abandoned factories; two state lawmakers want the state to pay to clean them up

OPINION: Want all of Mississippi to get back to normal after COVID? We need your help.

Standard Journal Area Calendar of Events from the Wednesday, May 19, 2021 edition