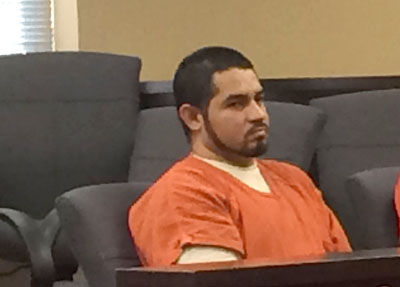 Erick Giovani Depaz was sentenced to 25 years in prison for aggravated assault with the intent to murder during his sentencing on Thursday, Feb. 11, 2016. He cut his wife's throat in September. (Blake Doss / RN-T) 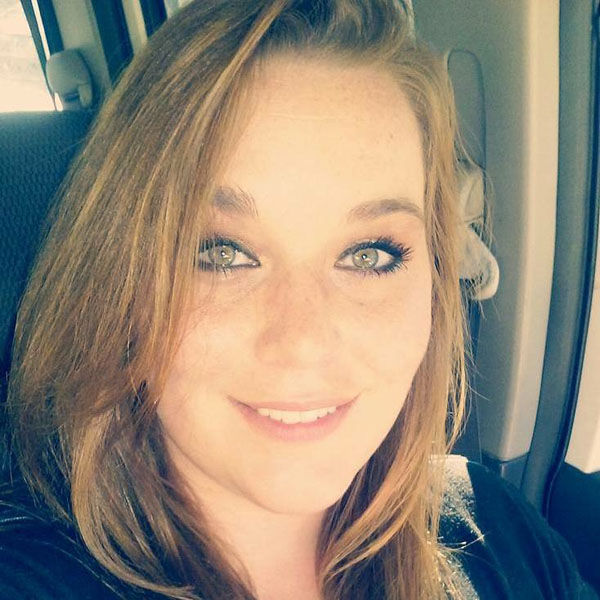 “No matter the outcome of the sentence, know there is a special place in hell for people like you,” the victim said in a statement read during Thursday’s sentencing.

Cami Depaz’s husband cut her throat on the night of Sept. 10, 2015. She lived, and her statement was read aloud by Assistant District Attorney Randall Schonder during Erick Giovani Depaz’s sentencing in Floyd County Superior Court.

Depaz, 31, was sentenced to 25 years in prison — 20 years for aggravated assault with the intent to murder and five years for possession of a weapon during the commission of a felony. He pleaded guilty to the charges Monday.

Schonder said Cami Depaz asked her husband to find another place to stay that night, when he had been drinking heavily, and then she walked back into the house.

Depaz walked in behind her, pulled a knife and cut her throat, Schonder said.

He could have left her children without a mother, Cami Depaz’ statement pointed out. Schonder added that if the cut had been one inch deeper, her jugular vein would have been severed.

Additionally, Cami Depaz said she has been left permanently disfigured with a scar on her neck.

Erick Depaz, who is in the country illegally, will most likely be deported after his prison sentence, Judge Tami Colston said.

His defense attorney said Depaz came from Guatemala to find a better paying job, and developed a drinking problem while here.

Speaking through an interpreter, Erick Depaz said he just wanted Cami Depaz to forgive him and that he didn’t intentionally cut her, saying he was drinking that night.

Asian stocks mixed after Wall St rally ahead of US debate

Trump, Biden prepare to debate at a time of mounting crises

Report: Calhoun man sent photos of his genitals to what he thought was 14-year-old girl

All 16 ballot drop boxes in Cobb are now available