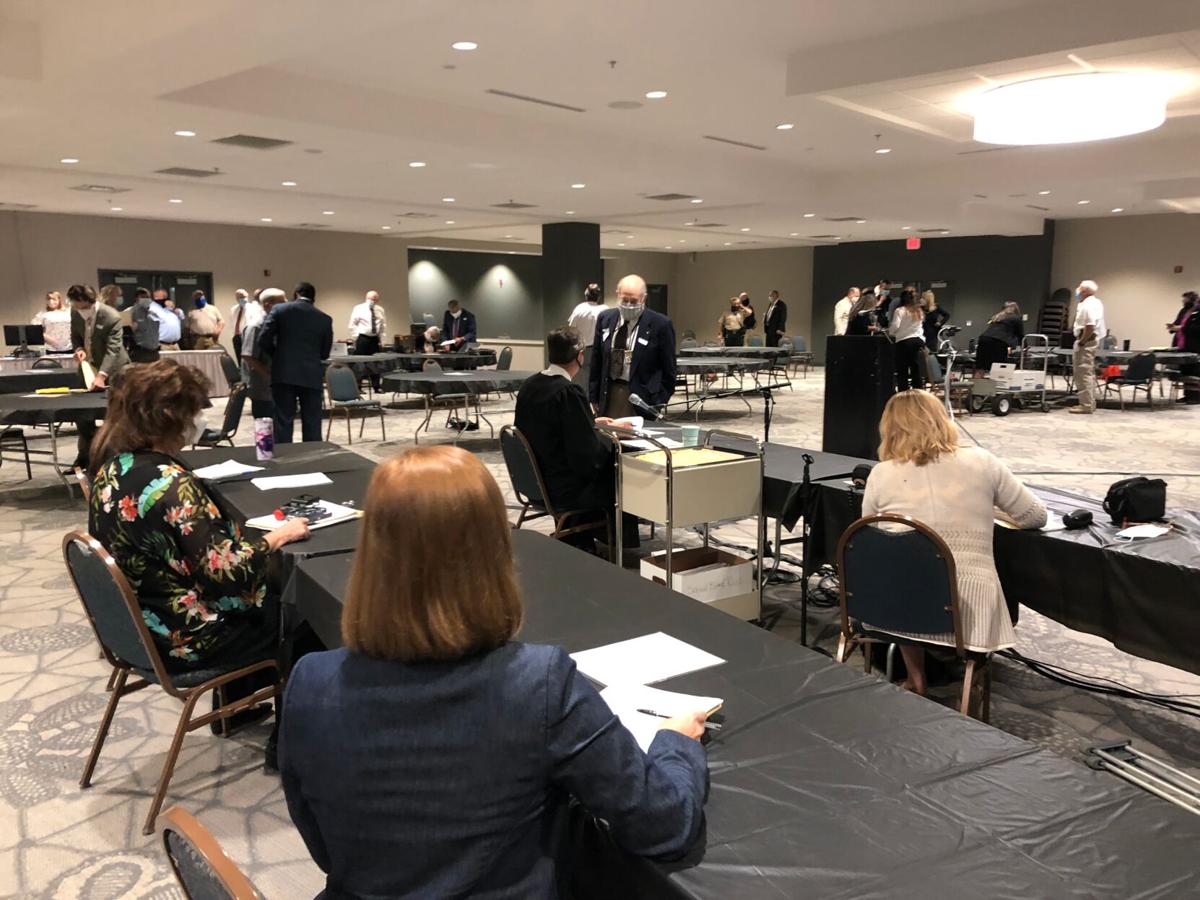 In this July file photo, defendants accused of stealing over $6 million from the Floyd County school system over a period of time pleaded guilty to RICO charges. The hearing was conducted in the ballroom of the Forum River Center, which was annexed for court hearings. 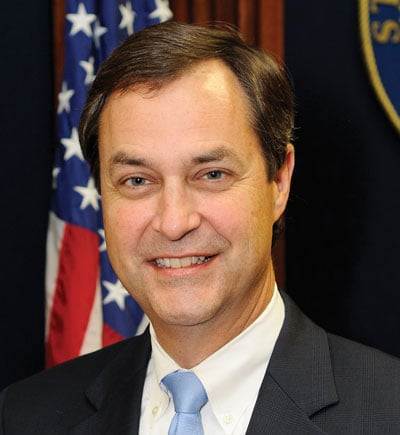 We’re not likely going to see jury trials again until the end of the year as local courts work on plans to bring jurors back into courtrooms safely.

Jury proceedings have been halted since March under an emergency order issued by Georgia Chief Justice Harold Melton as a result of the pandemic. He announced earlier this week that he will sign an order on Oct. 10 lifting the suspension.

However, because courts must enact a safety plan and there is a statutory 25 day period for prospective jurors to return a summons, trials aren’t likely to begin until December at the earliest.

For the last five months, a statewide task force made up of judges and lawyers appointed by Melton has been developing guidelines for the safe reopening of in-person court proceedings.

Topics in the guidelines include the use of masks, the reconfiguring of courtrooms and chairs, installation of plexiglass barriers, and the use of markers to ensure social distancing.

Locally, Floyd County Superior Court Judge John “Jack” Niedrach has been appointed to a committee to come up with the plan to safely resume jury trials in the Rome circuit. That committee is comprised of representatives from the law community, public health, sheriff’s office and the county government.

“We’re starting the process to come up with the plan,” Judge Niedrach said.

The committee met for the first time on Oct. 2 and over the next few weeks will put a plan together which must then be approved by Chief Judge Bryant Durham and then the state.

That plan will include, among other things, determining how to comply with social distancing recommendations prior to and during a trial as well as where jurors will deliberate after a trial.

Courtroom A may be large enough to accommodate a socially distanced jury and court staff, he said, but the other three courtrooms may not. Judges will have limited use of the Forum River Center, which was annexed to be used as a part of the courthouse.

That plan must also include how to allow public access to trials and court proceedings, which may include remote access.

“There are a number of hurdles to address but we have gotten a group together to do so and we’re focused on resuming jury trials as soon as we can,” Niedrach said. “We’re all working together.”

At this point grand jury proceedings have not yet begun, according to Rome Circuit District Attorney Leigh Patterson, although they’re currently working to resume the process.

Because of substantial backlogs of unindicted and untried cases, as well as public health precautions, proceedings will not occur at the speed they occurred before the pandemic.

“To delay that process has made a difficult time more difficult for everybody involved in our justice system – litigants, victims, witnesses, lawyers, judges, and jurors,” Melton wrote. “We must move forward, and I am confident that due to the hard work of so many judges, lawyers, and support staff, we are ready to do so.”