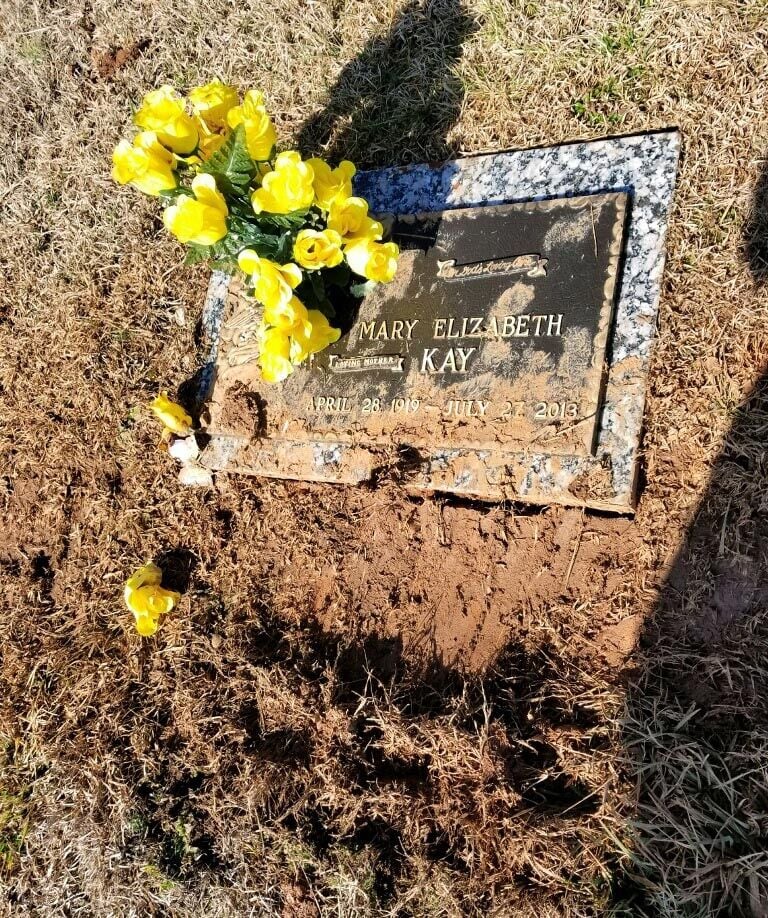 This image shows a damaged grave marker and vase in Floyd Memory Gardens. David Kay said he’s repeatedly asked the operators of the cemetery if they couldn’t use a smaller piece of machinery to dig graves. 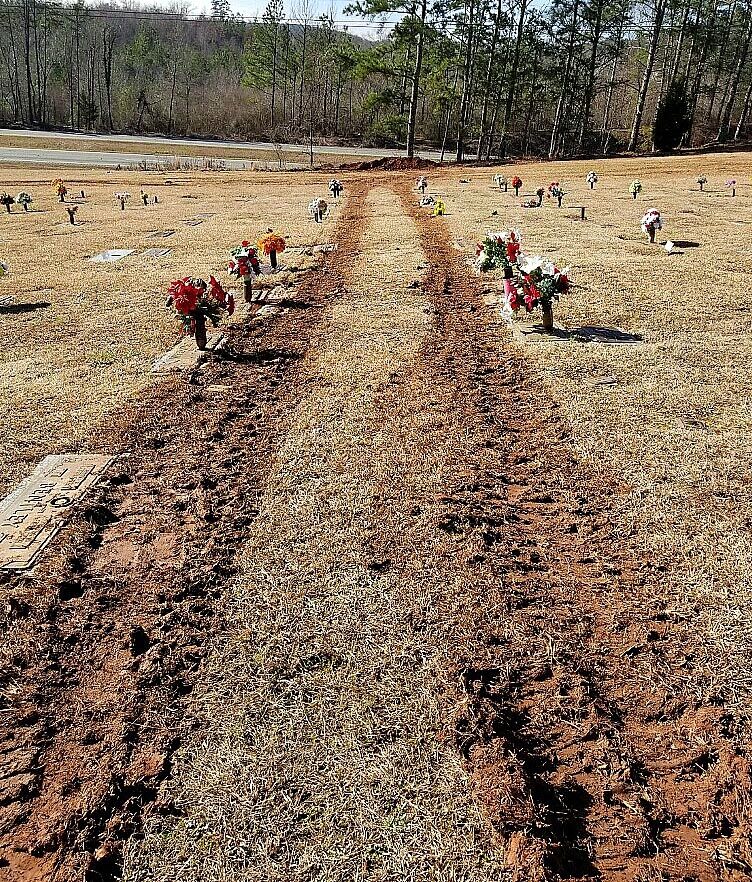 An image showing the ruts caused by heavy machinery driving across gravesites at Floyd Memory Gardens.

This image shows a damaged grave marker and vase in Floyd Memory Gardens. David Kay said he’s repeatedly asked the operators of the cemetery if they couldn’t use a smaller piece of machinery to dig graves.

An image showing the ruts caused by heavy machinery driving across gravesites at Floyd Memory Gardens.

Families of those interred at three cemeteries in Floyd County are renewing calls for something to be done after gravesites have been damaged by heavy equipment.

“We’ve begged with them, we’ve pleaded with them to get them to stop using that huge machinery,” Barbara Penson, Floyd County Clerk of Court said. “That tractor probably weighs 2 tons.”

This isn’t the first time they’ve complained to the cemetery owners.

Penson said every 18 months to two years, there are issues like broken graves or markers. They’re addressed by the cemetery owners for a brief period of time then crop up again.

The cemetery was constructed years ago without driving lanes, Kay said, and he understands that but there is a point where it’s a problem and the families feel like they’re there.

“They actually rode over the top of my mother’s grave and they plowed it,” Kay said. “To make matters worse, they actually buried a person in the wrong grave in the beginning.”

The Rome News-Tribune reached out to StoneMor via both email and telephone but did not get a reply by deadline Friday.

Kay believes the cemetery operator could either get a much smaller backhoe or take advantage of services in the community that still dig graves by hand.

Tim Reynolds of Lindale said he rode by Floyd Memory Gardens one day to check on his grandparents’ graves and discovered that someone had been buried in the plot designated for his father.

“It was a really big ordeal and it was sad for both families,” Reynolds said.

It took about a month to get the issue resolved but added to the tragedy of it all was that virtually everyone’s lot along that line was damaged when the company went to re-inter the person.

“That whole line, they ran over markers, vases. It was sad,” Reynolds said.

Debbie Kines has multiple family members interred at Oaknoll and has experienced a variety of issues over the years.

A leaky mausoleum roof that has rotted some of the sections is one of them. She also said the walkway to that mausoleum is so terribly cracked that she has to take her mother into the building across the grass and not even try to use the broken concrete.

“It is so dangerous, it’s a major hazard to anyone,” Kines said. “I’ve complained about that for years.”

Kines also claimed that the wooden crosses at the top of the cemetery are badly rotted and even offered to purchase the paint herself to no avail.

Penson said she probably has 40 members of her family buried at Oaknoll and several others at Floyd Memory Garden.

She was instrumental in creating a Facebook page, “Oaknoll Memorial, Floyd Memory & Sunset Hill Memorial Gardens Cemeteries” for families to express their concerns. It has more than 800 members.

“I’m involved more than I have time to be seriously involved,” Penson said.

In a Jan. 24 post on the Facebook page, Reynolds said, “No telling how many vaults and caskets have been crushed by them driving loaded dump trucks across them.”

House poised to vote on legal safeguards for LGBTQ people

Early voting for eSPLOST is underway

'He was a hero': Historian hopes to bring Black Union soldier's remains to Marietta National Cemetery

Marietta leaders debate plans to study how employees are paid

Sheriff and GBI investigating shooting death on Self Lake Road

Marietta man dies in I-75 crash