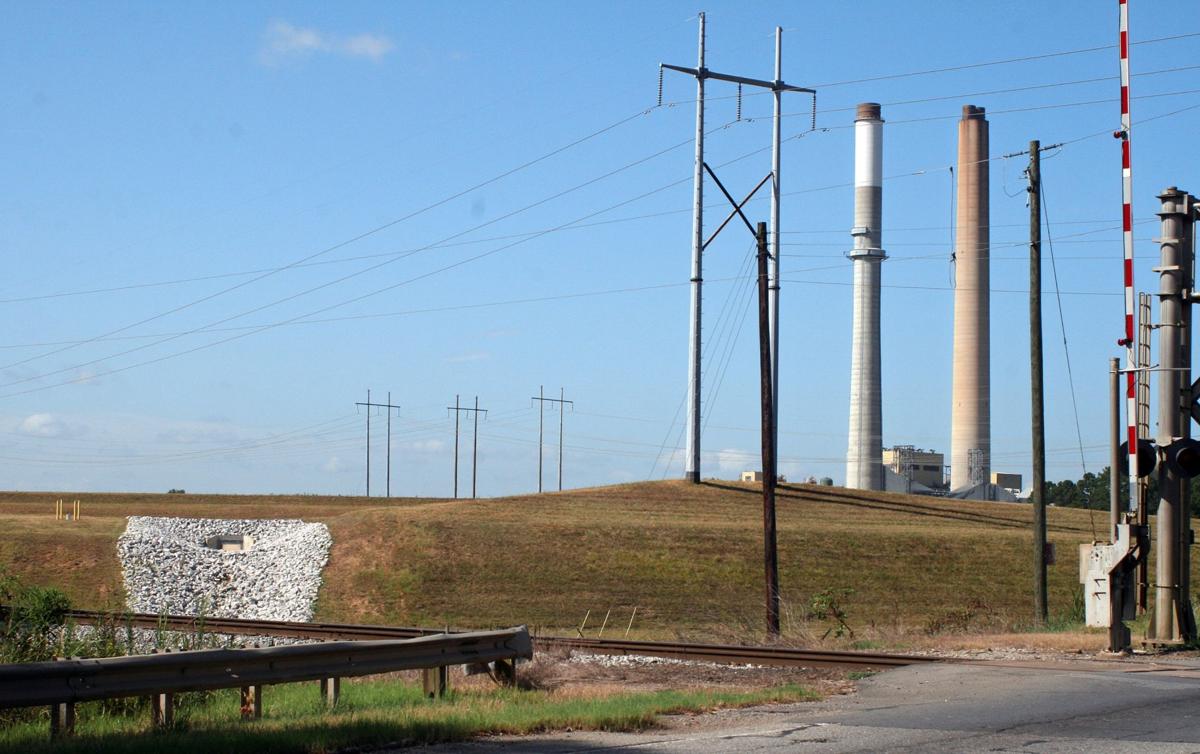 This 2019 file photo shows a view of Ash Pond 3 near Georgia Power’s Plant Hammond. Dewatering of the remaining coal ash ponds at Hammond is slated to begin in December and could take up to 15 years.

This 2019 file photo shows a view of Ash Pond 3 near Georgia Power’s Plant Hammond. Dewatering of the remaining coal ash ponds at Hammond is slated to begin in December and could take up to 15 years.

The dewatering and closure of the three remaining coal ash ponds at Georgia Power’s Plant Hammond west of Rome will take another 15 years to complete.

Georgia Power executives took community leaders on a virtual tour of the dewatering process Tuesday in a bid to make sure they develop a confidence that the Coosa River will be protected.

Scott Hendricks, manager of water and natural resources permitting for Georgia Power, said removal of the water from the solids represents the first major step in the overall ash pond closures.

The dewatering is slated to begin in December and will continue throughout the entire 15-year closure process.

“That does sound like a considerable amount of time, but it reflects a highly engineered and heavily overseen process,” said Dominic Weatherill, an environmental affairs officer with Georgia Power.

Each pond on the Georgia Power property has a site specific plan approved by the Georgia Environmental Protection Division. The EPD has the authority to conduct site visits at any stage during the process.

The removal of water from the stored coal ash has been designed and will be operated by a third party contractor, Evoqua Water Technologies, and results will be posted on the Georgia Power website.

“Other third party vendors will conduct sampling,” Hendricks said. “We have accredited third party laboratories that analyze the data, and then other professional engineering companies that process the data and help put it into a form that can be distributed on the website.”

The utility has opted to take an arms length to all of the processes throughout the process.

Plant Hammond was on the Georgia Water Coalition’s 2019 Dirty Dozen list because of the potential for damage to the Coosa River from its coal-ash ponds.

This year’s Dirty Dozen simply includes Georgia’s groundwater and alludes to coal ash pollution and well water issues near Juliette, about an hour south of Atlanta.

During the dewatering, Georgia Power representatives said, they believe quality control will be critical. Testing is undertaken at three points during the process.

“During that continuous monitoring, if those monitors detect a water quality that is lower than we desire it to be for discharge (into the Coosa River), then the system will automatically close discharge valves and not discharge that water,” Hendricks said. “It will be retained on site until it meets the standards that it needs for being discharged to the river.”

The monitoring will consider levels of everything from turbidity, suspended solids, phosphorous and nitrogen as well as heavy metals like copper, lead, nickel and zinc.

Charts showing the level of each material will be posted on the Georgia Power website weekly.

Water sampling will be conducted both upstream and downstream of the discharge point twice a month and those numbers will be reported on the website as well.

Responding to a question from Floyd County Commissioner Wright Bagby, Hendricks said the dewatering system can process up to 2,000 gallons per minute.

Once the coal ash ponds are completely dewatered, the remaining ash will be excavated and taken to a permitted landfill.

Rome City Commissioner Craig McDaniel asked how long the company would continue to monitor the sites. “Decades,” was the response from Hendricks.

Once the dewatering starts, the data will be available online at http://www.georgiapower.com/gwm.

Italy: Conte clears hurdle to retain power, bigger one ahead

Coronavirus Update: New cases appear to be going down. Will it continue?