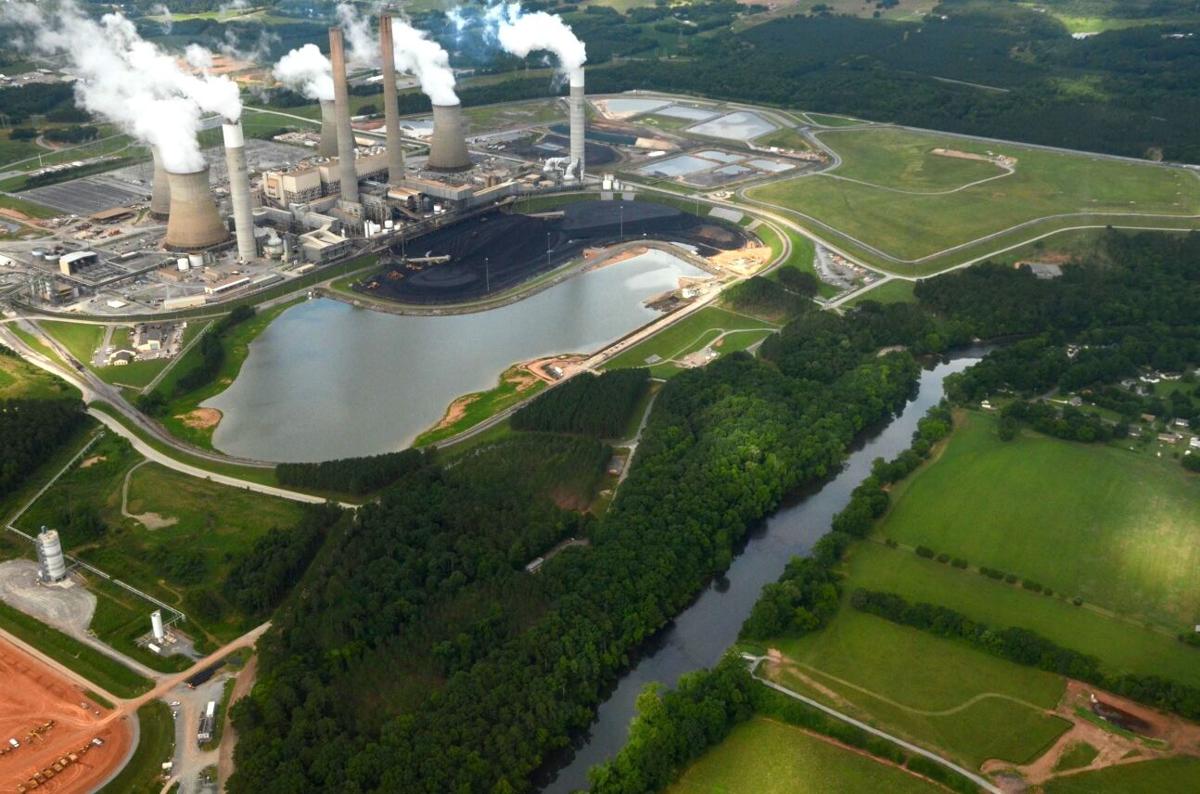 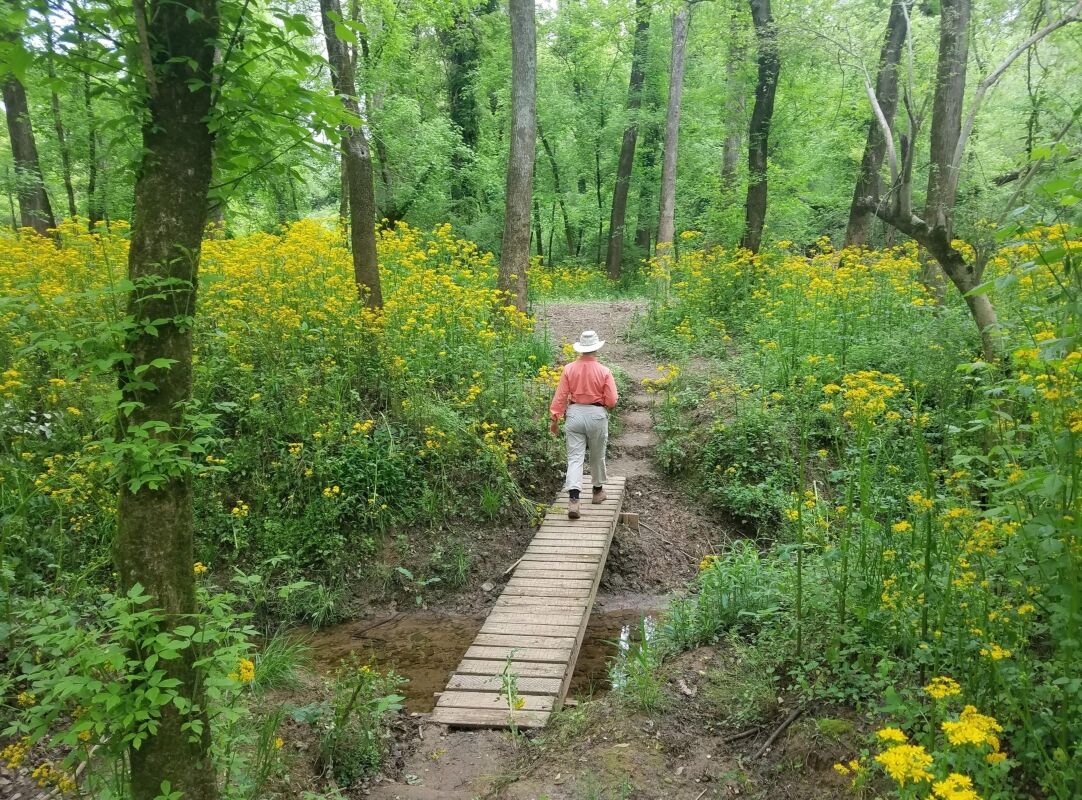 In addition to the primary 120-mile trail, the Chattahoochee RiverLands project includes plans for “tributary trails” that will connect communities and neighborhoods along the river.

In addition to the primary 120-mile trail, the Chattahoochee RiverLands project includes plans for “tributary trails” that will connect communities and neighborhoods along the river.

A vocal group of Georgia farmers who fought against proposals from agri-business lobbyists to push through legislation they felt would increase pollution and harm smaller farms is among the 2020 Clean 13 recipients awarded by the Georgia Water Coalition.

The report highlights 13 individuals, businesses, industries, nonprofit organizations and governmental agencies. The report states these efforts have lead to cleaner rivers, stronger communities and a more sustainable future for Georgians.

“The entities included in this report are each in their own way helping other citizens, businesses and local governments understand the importance of protecting Georgia’s water resources,” said Jesse Demonbreun-Chapman, executive director of the Coosa River Basin Initiative, in a press release. “While many are taking action that directly benefits specific water bodies, all are either helping us experience our rivers and natural areas or helping others understand actions they can take to protect our state’s water. ”

GWC is a consortium of more than 260 conservation and environmental organizations as well as hunting and fishing groups, businesses and faith-based organizations.

In the state’s capital, Live Thrive Atlanta’s Center for Hard to Recycle Material offers residents a place to recycle everything from old paints to obsolete electronics. Since 2015, CHaRM has diverted more than 50 million pounds of hazardous chemicals and waste from landfills. CHaRM has helped Atlantans understand that recycling benefits urban streams and our rivers.

In Dublin, YKK AP, makers of aluminum windows, doors and architectural facades, is recycling and repurposing at the industrial level. While recycling all of its aluminum waste on site, YKK AP also recovers byproducts of its manufacturing process that are repurposed in-house or sold off-site for other uses. Its energy efficiency measures in its 1.2-million-square-foot facility serve as an example of energy savings that can be realized by community wide adoption of something as simple as LED lighting.

In North Georgia, Yonah Mountain Vineyards, one of Georgia’s growing number of wineries, is likewise setting a clean energy example with the installation in 2019 of a 360-panel solar array that powers much of the vineyard’s operation. They have also installed a 14-station Tesla Destination charging station for electric cars.

At Emory University, one of the country’s leading research universities, the WaterHub, a first of its kind facility in the U.S., is showing students — and even international leaders — the benefits of small-scale, on-site water treatment facilities. The WaterHub, which looks like a large greenhouse, treats up to 400,000 gallons of sewage daily and provides 40% of the campus’s daily water needs.

In Marietta, Parsley’s Catering, a 40-year-old family-owned business, has adopted green initiatives and encourages others in the food service sector to follow their lead. One of the few Atlanta area food providers certified by the Green Restaurant Association, Parsley’s has embraced solar power and water-saving plumbing, converted to compostable and biodegradable plates and utensils and connected with local organic farms to provide its meats and produce.

In Southwest Georgia, the Golden Triangle Resource Conservation and Development Council, among many other initiatives, educates local county road crews on best practices for maintaining the region’s many dirt roads — an effort that keeps dirt out of streams and protects imperiled aquatic wildlife. The Council is producing a series of educational videos promoting tourism along the Flint River.

The private, nonprofit, 74-year-old Okefenokee Swamp Park is embarking on a tourism marketing effort with other local swamp attractions to bring more people to the swamp and convert more of them to swamp lovers. The effort couldn’t be more timely as the swamp is now faced with new outside threats and needs all the defenders it can get.

The Chattahoochee RiverLands project aims to make the Chattahoochee more accessible to communities across metro Atlanta. The proposed 120-mile multi-modal trail running from Buford Dam in Gwinnett County to Chattahoochee Bend State Park in Coweta County, along with multiple new boat launches and connecting trails, aims to bring citizens to the region’s “waterfront” and enlist a new generation of river stewards.

Flying above all this action on the ground is SouthWings, an Asheville, North Carolina-based nonprofit that provides free flights to environmental organizations in Georgia. In 2019, SouthWings’ volunteer pilots flew 29 missions totaling some 87 hours of flight time. The flights served to educate decision makers and the public about issues impacting our water, ranging from coal ash disposal to oil spills along the coast.

In the state legislature, Sen. William Ligon, R-White Oak, introduced and secured passage of SB 123, a measure that closes a loophole in Georgia’s coal ash disposal regulations. The new law will discourage out-of-state coal ash producers from dumping their waste in Georgia landfills. The retiring senator also leaves a legacy of protecting the Georgia coast and coastal rivers.

On the other side of the aisle, Sen. Freddie Powell Sims, D-Dawson, used her influence as the only Democratic senator representing a mostly rural district to secure votes of the senate’s full Democratic caucus in the heated battle over HB 545, a measure that would have harmed rural constituents by inviting industrial-scale animal feeding operations to rural communities.

Influencing Sen. Sims to take a stand against the bill was a vocal group of farmers, including many from her district. While lobbyists from the agri-business sector wield much influence in Sims’ Southwest Georgia district, their endorsement of HB 545 was no match for these citizen activists, most of whom were traditionally, politically-right-leaning farmers. Forming an unlikely coalition with senate Democrats, they played an important role in defeating HB 545.

Together, the efforts of these Clean 13 are adding up to cleaner rivers, stronger communities and a more sustainable future for Georgia, the GWC press release stated.

Millions of mail ballots not yet returned in key states