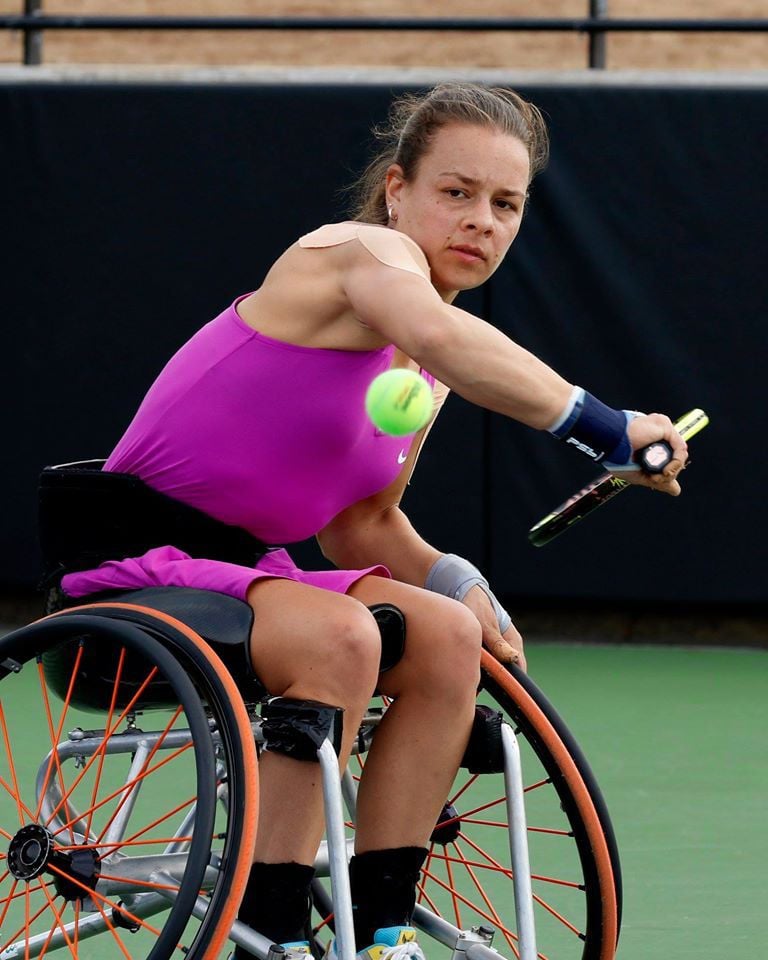 Marjolein Buis from The Netherlands reaches for a shot during action in a previous Georgia Open tournament in Rome. 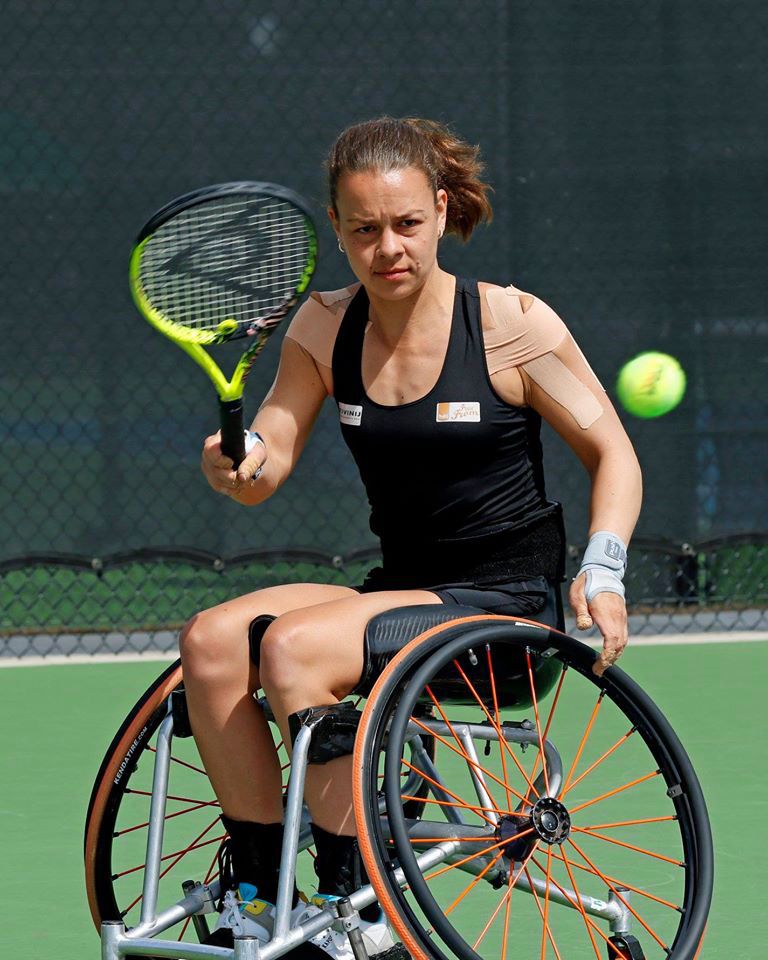 Marjolein Buis from The Netherlands reaches for a shot during action in a previous Georgia Open tournament in Rome.

Marjolein Buis dabbled on the tennis court as a child in her native Netherlands. But it was only after she contracted the debilitating Ehlers-Danlos Syndrome, a disorder of the joints, that she turned to tennis professionally.

“When I try to walk, several of my joints dislocate,” Buis explained in a phone interview late last week.

The Dutch star will join wheelchair tennis professionals from more than two dozen nations in Rome this week for the International Tennis Federation Georgia Open. It starts Wednesday and runs through Sunday.

Buis joined a junior tennis club when she was 7, but she had to start all over again after being forced into a wheelchair. She has won a lot of tournaments over the years and credits her success to hard work and determination.

“It’s not about talent in my case. It’s about willpower,” Buis said.

Fortunately for Buis and others, the Dutch sports leadership treats para-athletes on a par with other elite athletes. She said the top para-athletes receive a monthly salary from the national Olympic committee so they can play full-time instead of needing a regular job.

Winning the French Open singles championships in 2016 was one of the highlights of Buis’ career. She said winning a gold medal at the London Paralympic Games in 2012 was another crowning achievement.

The Dutch team for the 2020 games will be chosen around the end of June.

While the Dutch National Tennis Federation offers wheelchair training programs five days a week, Buis said the distance to the center only allows her to go two or three days a week.

When she spoke to the Rome News-Tribune she had just completed a workout with current world No. 1 Diede de Groot, the defending champion at the Georgia Open.

She said she likes playing in the Georgia Open at the Rome Tennis Center at Berry College because the number of courts allows her to work out easily in between matches.

She also likes the fact that the top courts in Rome are equipped with cameras so that family and friends back home can watch the matches via livestream.

Buis has lost to fellow Dutch competitors in the semi-finals of the Georgia Open in each of the last two years. She fell to Aniek Van Koot in 2018 and then lost to eventual champion Diede de Groot last year.

CDC weighs loosening guidelines for some exposed to virus

Arrest records from the Wednesday, April 8, edition of the Calhoun Times