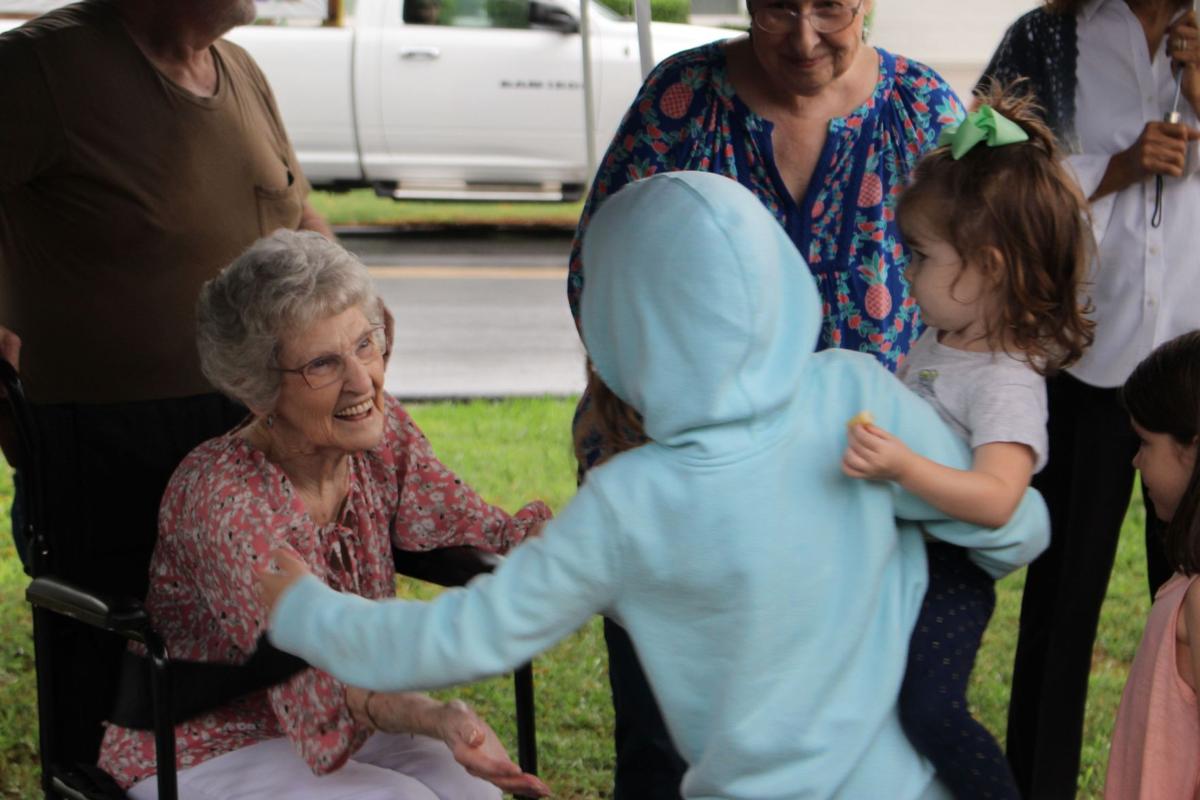 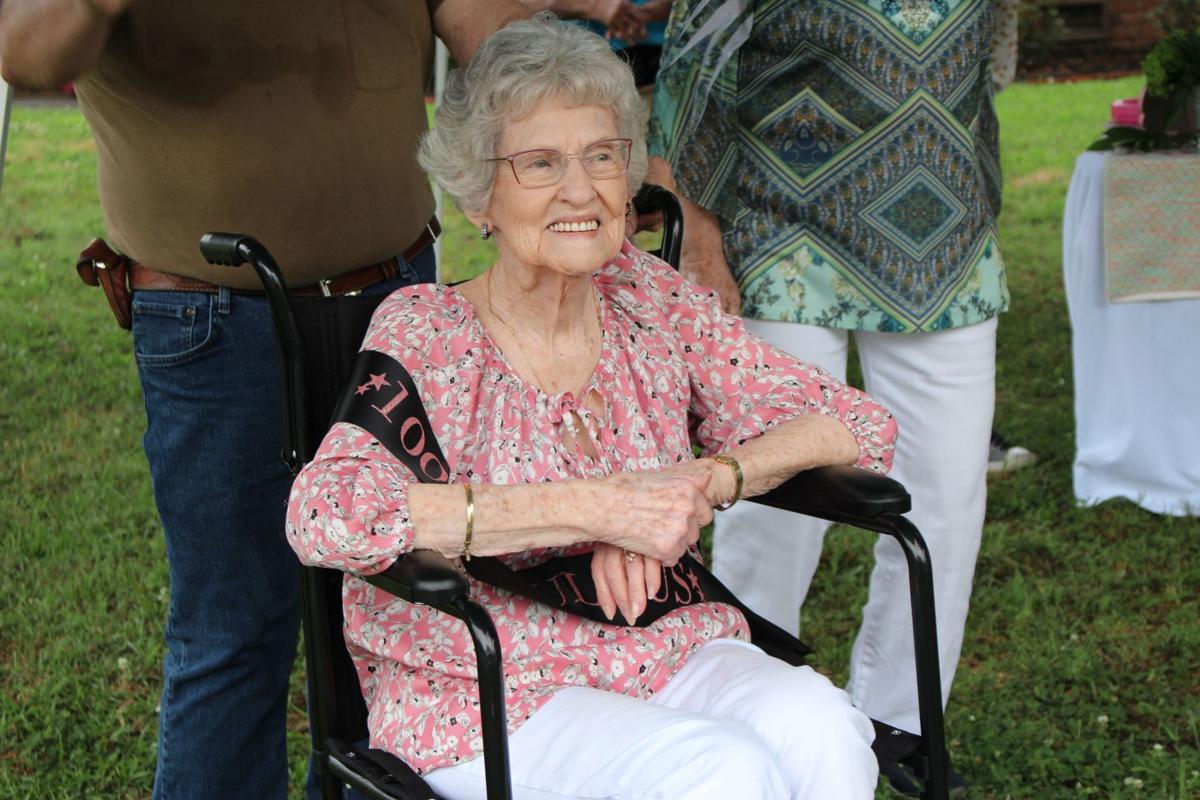 Martha Lee Rogers smiles as friends drive by and wave to tell the 100-year-old “Happy birthday” Wednesday in Garden Lakes. 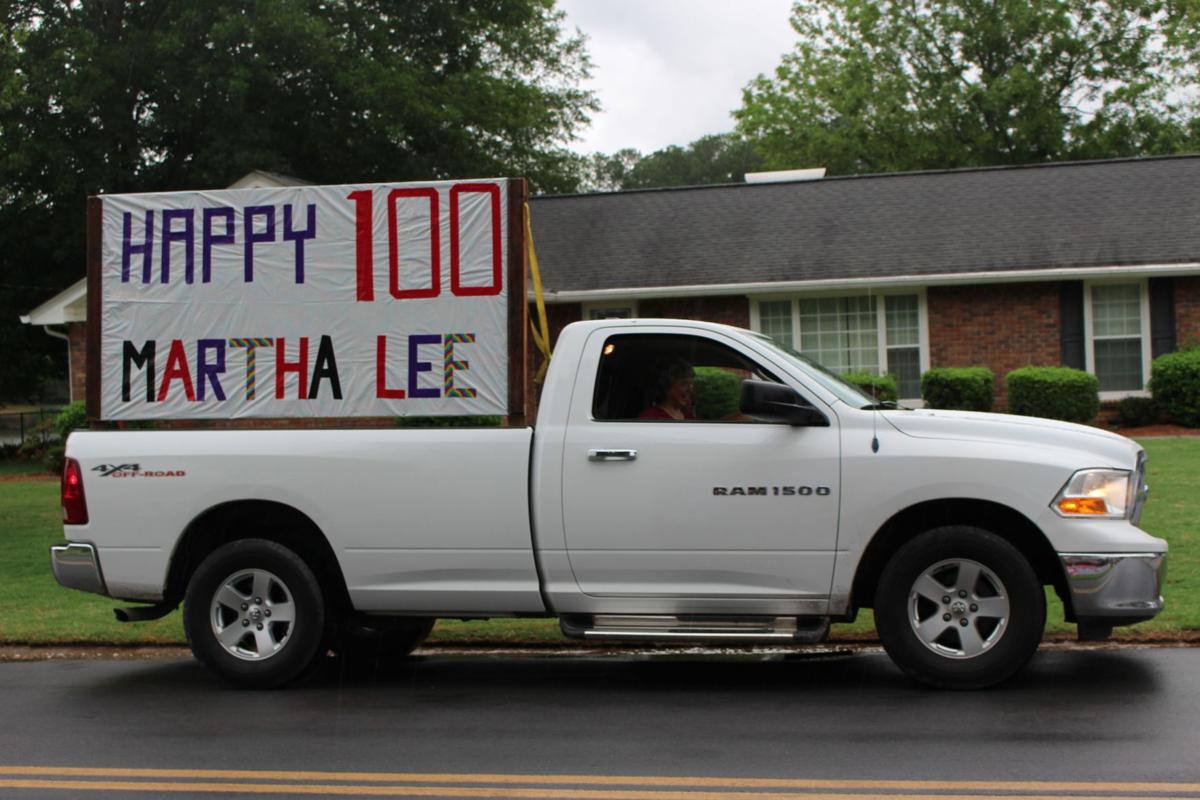 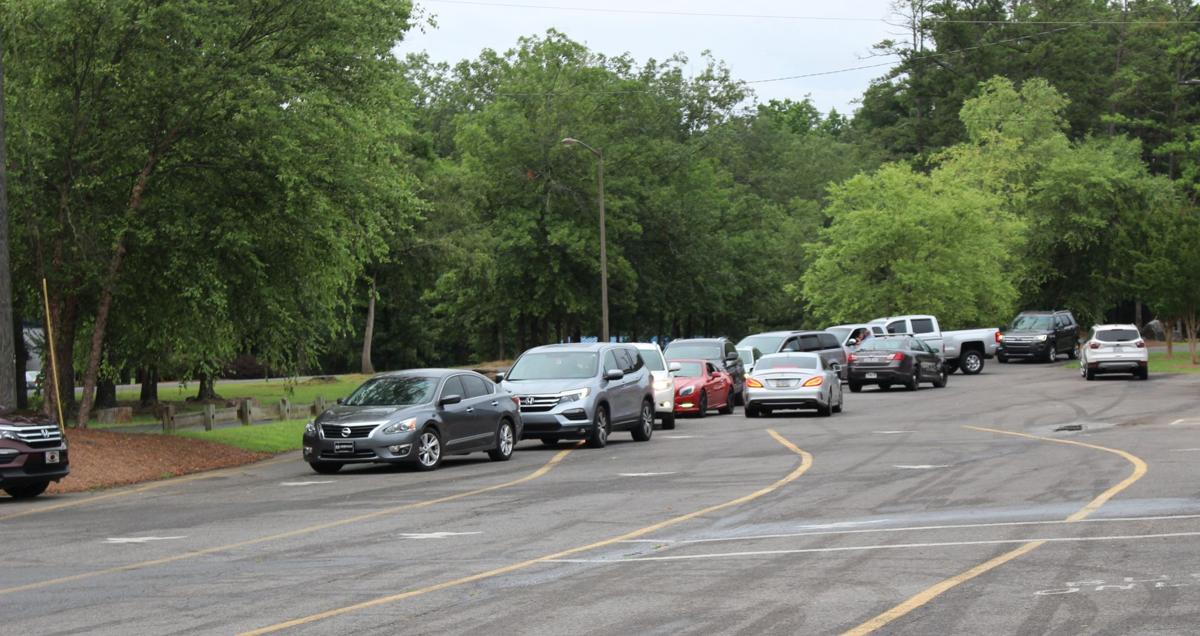 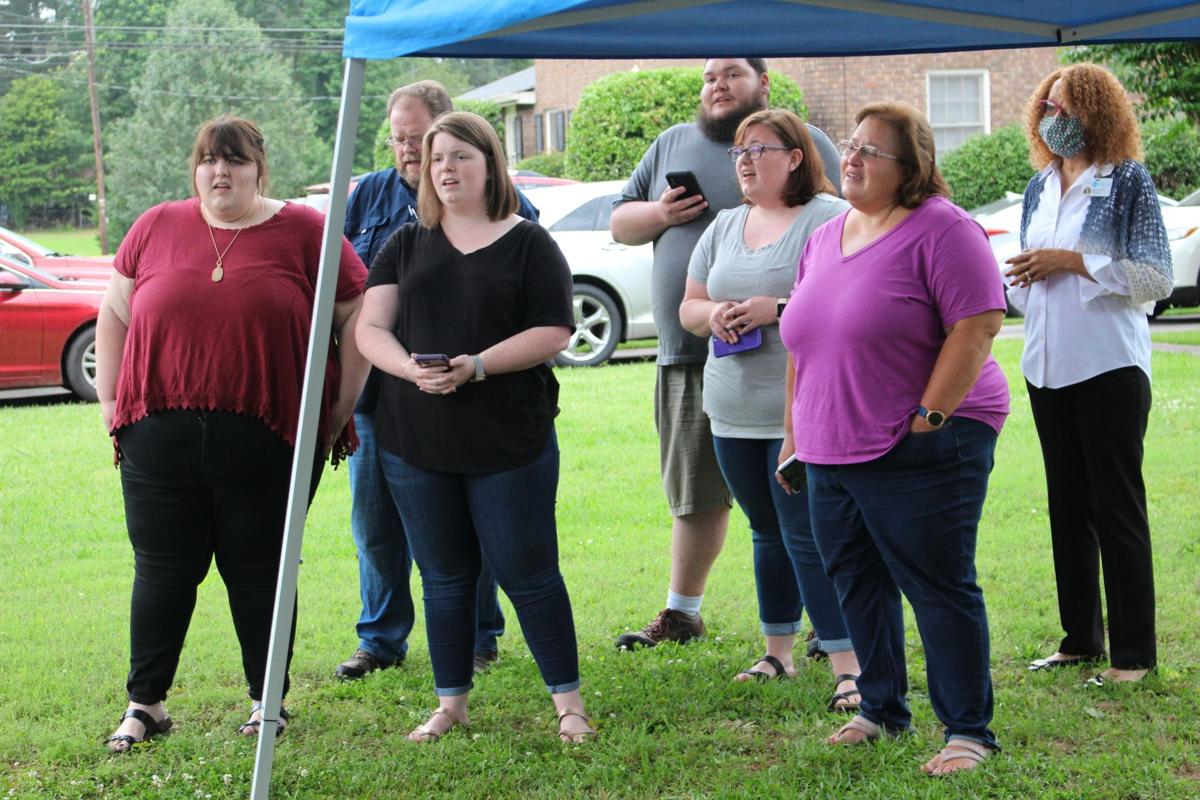 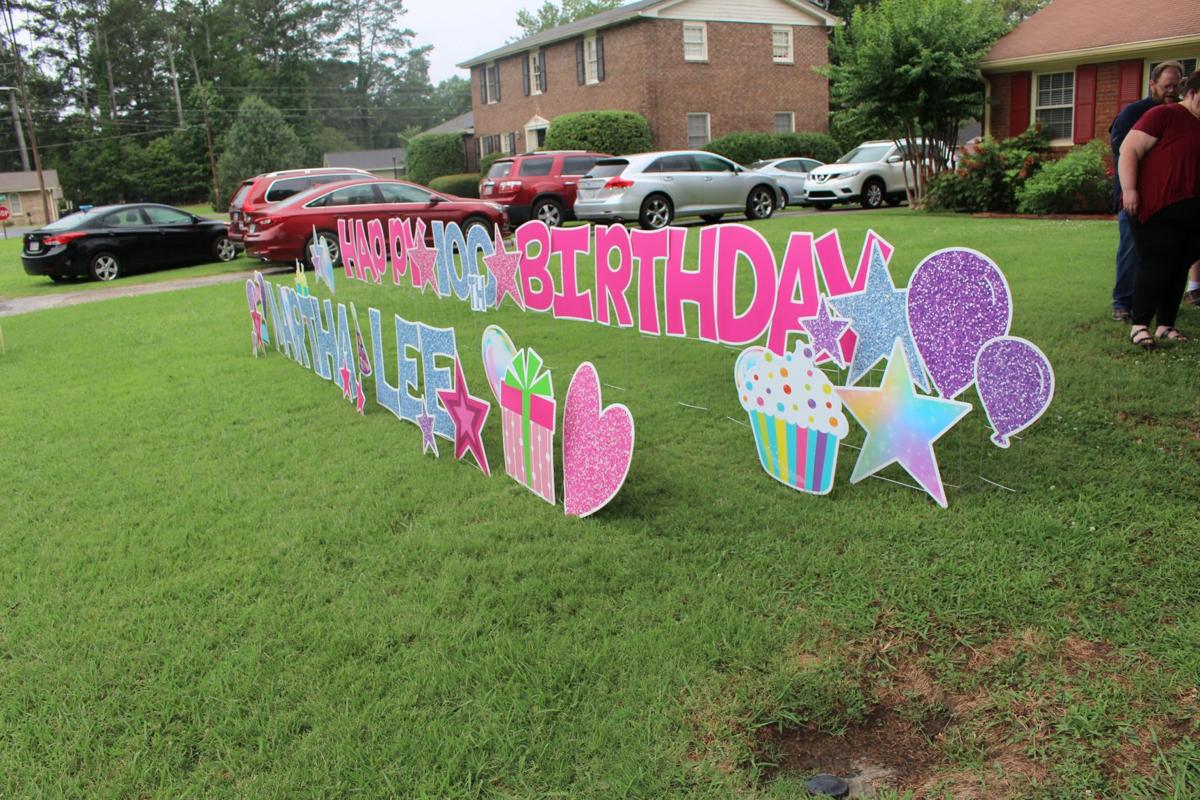 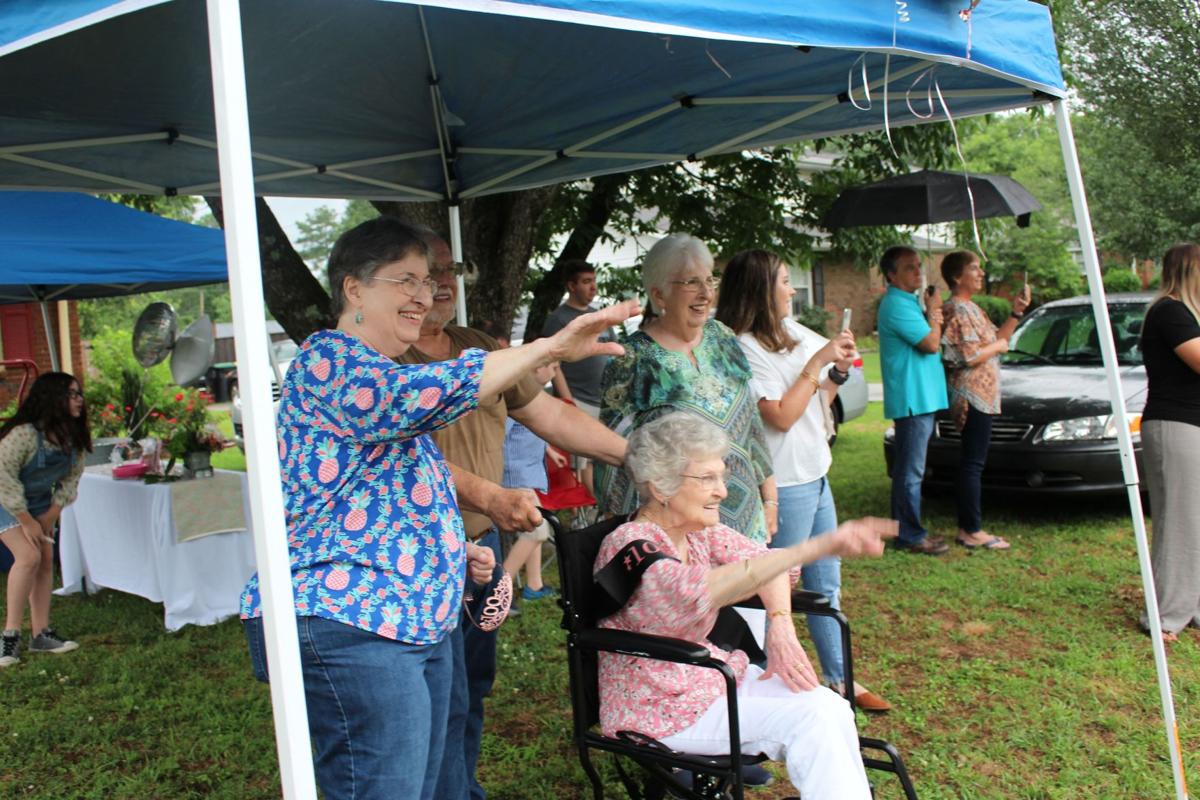 Martha Lee Rogers smiles as friends drive by and wave to tell the 100-year-old “Happy birthday” Wednesday in Garden Lakes.

Family and love surrounded Martha Lee Rogers in her front yard Wednesday as she celebrated her 100th birthday.

Affinity Hospice helped put together the party and provided a tent, cake and balloons. Granddaughter Christy Patrick had the musical family The Bagnells and Humans come and perform some of Rogers’ favorite hymns, such as “Amazing Grace” and “It is well with my soul.”

After they finished, her daughters came up to Rogers and told her Patrick had a special surprise planned for her.

When she saw the line of cars driving down the road, she exclaimed, “Oh my goodness!”

The parade was made up of family friends and church members. People waved and gave out cards from their cars, honking the whole time. Friends Alan and Roxanne Brinson made a big birthday sign for Rogers and led the parade.

The 100-year-old had a bright smile on her face the whole time as she watched with her daughters by her side.

Rogers was born and raised in Rome. She attended Mount Alto Elementary School before transferring to Possum Trot School when she was a young girl. Patrick talked about how, one day, she began carving her initials into her desk, but didn’t get the chance to finish before her teacher scolded her. Around sixth grade, Rogers had to drop out to help support her family.

A few years ago, the family visited Possum Trot and Rogers pointed out her desk. Patrick confirmed that you can still see the attempted carving on the desk today and she loves to tell that story to her friends.

Patrick commented that they loved having the same initials, “M.L.R. and M.L.R.”

Together, the two had four children, seven grandchildren and 13 great-grandchildren. She spent her life as a homemaker and has been a member of Shorter Baptist Church for 81 years. She also taught Sunday School there for 60 years.

After the parade finished up, Rogers said “I’ve never been happier in my whole life.”