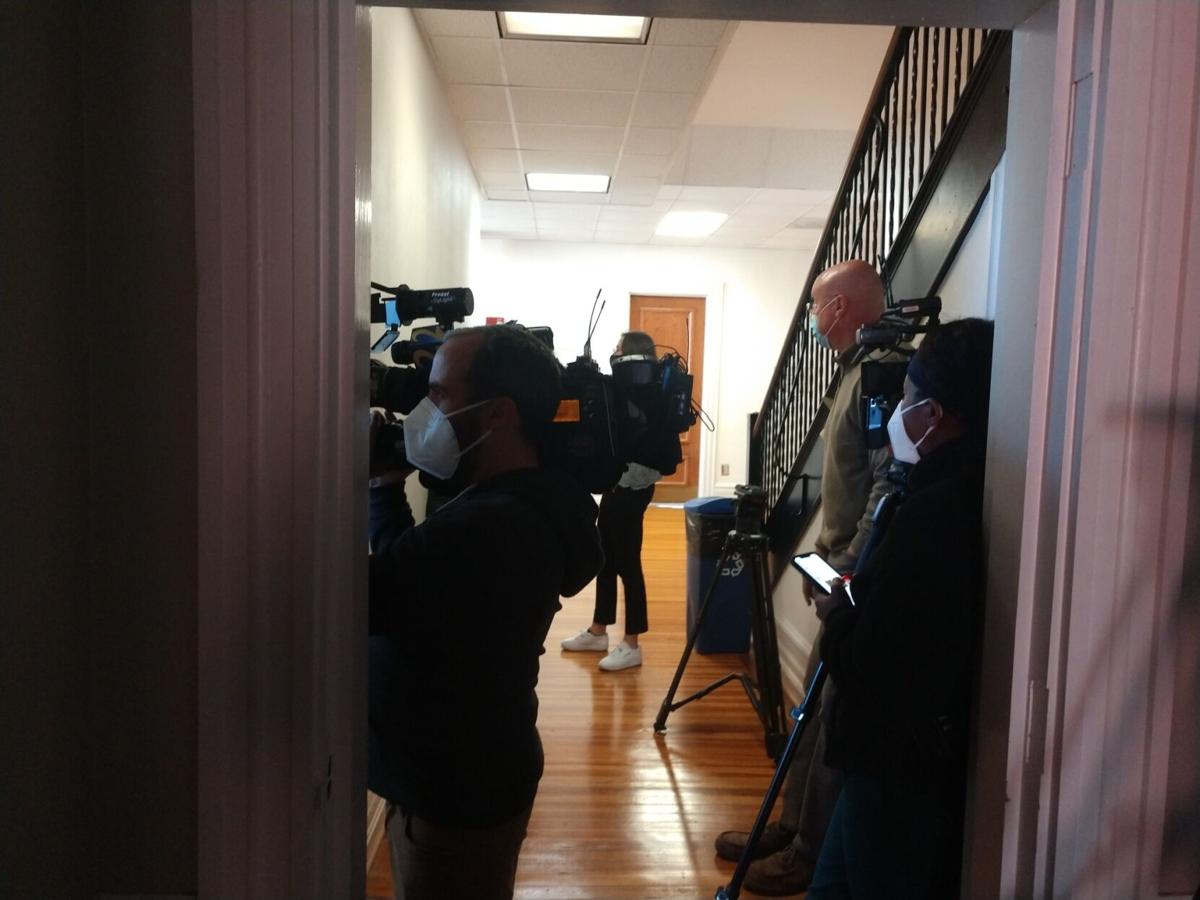 Members of multiple media outlets gather in the small hallway outside an office at the Floyd County Administration Building on Tuesday.

Officials sort ballots during an audit at the Floyd County Administration Building in Rome on Friday morning, Nov. 13, 2020. Election officials in Georgia’s 159 counties are undertaking a hand tally of the presidential race that stems from an audit required by state law. 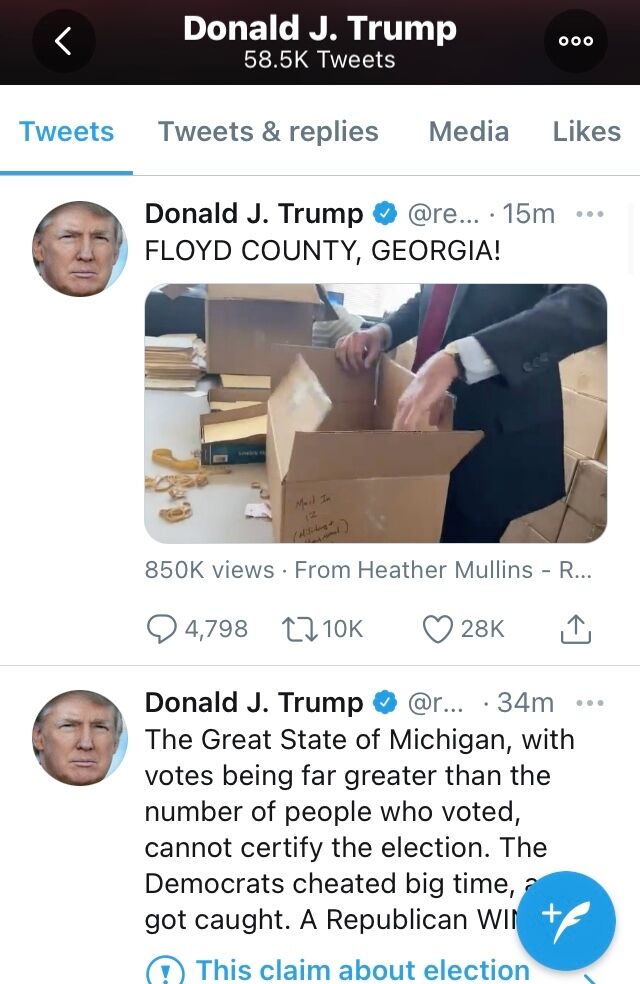 Members of multiple media outlets gather in the small hallway outside an office at the Floyd County Administration Building on Tuesday.

Officials sort ballots during an audit at the Floyd County Administration Building in Rome on Friday morning, Nov. 13, 2020. Election officials in Georgia’s 159 counties are undertaking a hand tally of the presidential race that stems from an audit required by state law.

Floyd County wrapped up the recount of early voting ballots cast at the administration building on Wednesday, done after an audit determined workers had not tabulated 3,060 votes after replacing a malfunctioning scanner.

That number, higher than an original estimate made by elections officials, was determined by subtracting the number of ballots reported to the state in the presidential race by Floyd County from the updated total.

Neither total included write in votes for other candidates.

The audit and recount effort was essentially a nonstop process since Nov. 13 — overseen by the three members of the elections board who essentially work as volunteers. Chief Elections Clerk Robert Brady has been in quarantine after a COVID-19 exposure.

Going into the count, Biden led Trump by a margin of about 14,000 votes. Previously uncounted ballots discovered in four counties — Douglas, Fayette, Floyd and Walton — during the hand count will reduce that margin to about 12,800, said Gabriel Sterling, who oversaw the implementation of the state’s new voting system for the secretary of state’s office.

The hand recount of nearly 5 million votes stems from an audit required by a new state law and wasn’t in response to any suspected problems with the state’s results or an official recount request. The law requires the audit to be done before the counties’ certified results can be certified by the state.

The hand count is meant to ensure that the state’s new election machines accurately tabulated the votes and isn’t expected to change the overall outcome, state election officials have repeatedly said.

Once the results are certified, if the margin between the candidates remains within 0.5%, the losing campaign can request a recount. That would be done using scanners that read and tally the votes, Sterling said.

The news of uncounted ballots brought Floyd County into a national media spotlight this week.

And the county remained in that focus to a degree on Wednesday when Trump retweeted a video taken from inside the county administration building with the text “FLOYD COUNTY, GEORGIA!”

While the president did not state any specifics in his tweet other than a location, it continues a barrage of messaging attacking the integrity of the elections process in Georgia — as well as other states in which he lost to Biden.

The Floyd County Elections Board is set to meet Thursday at noon and board member Melanie Conrad said they expect to go into a closed session to discuss personnel.

A remaining question is if the board will have to recertify results. According to state law, the Secretary of State must request a county to do that and direct them to correct and recertify the returns.

Adding in the just over 3,000 uncounted ballots from early voting didn’t change the outcome of any local downballot races.

Here are the new totals for the contested races:

'America is back': Biden pushes past Trump era with nominees

The Latest: Trump signs off on giving Biden intel briefings

Gobble Jog fundraiser goes virtual, but need is greater than ever

Students at W.L. Swain Elementary host their own Thanksgiving parade