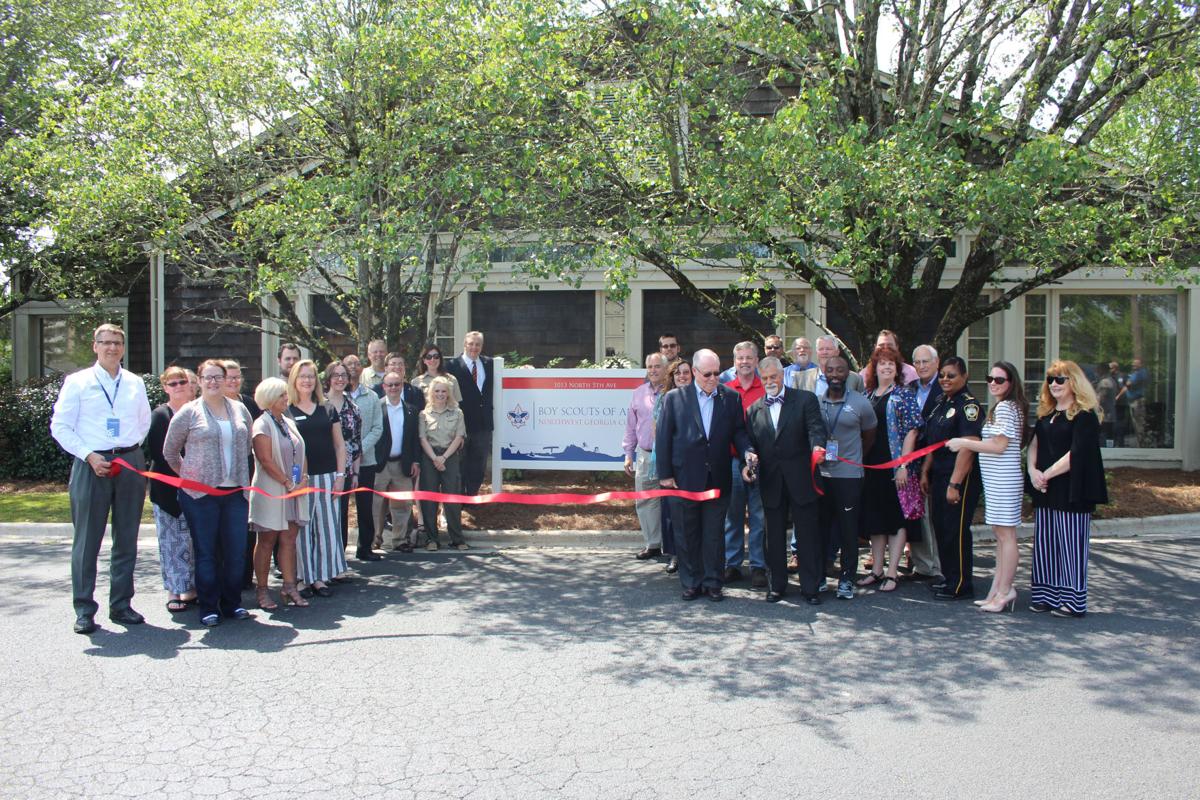 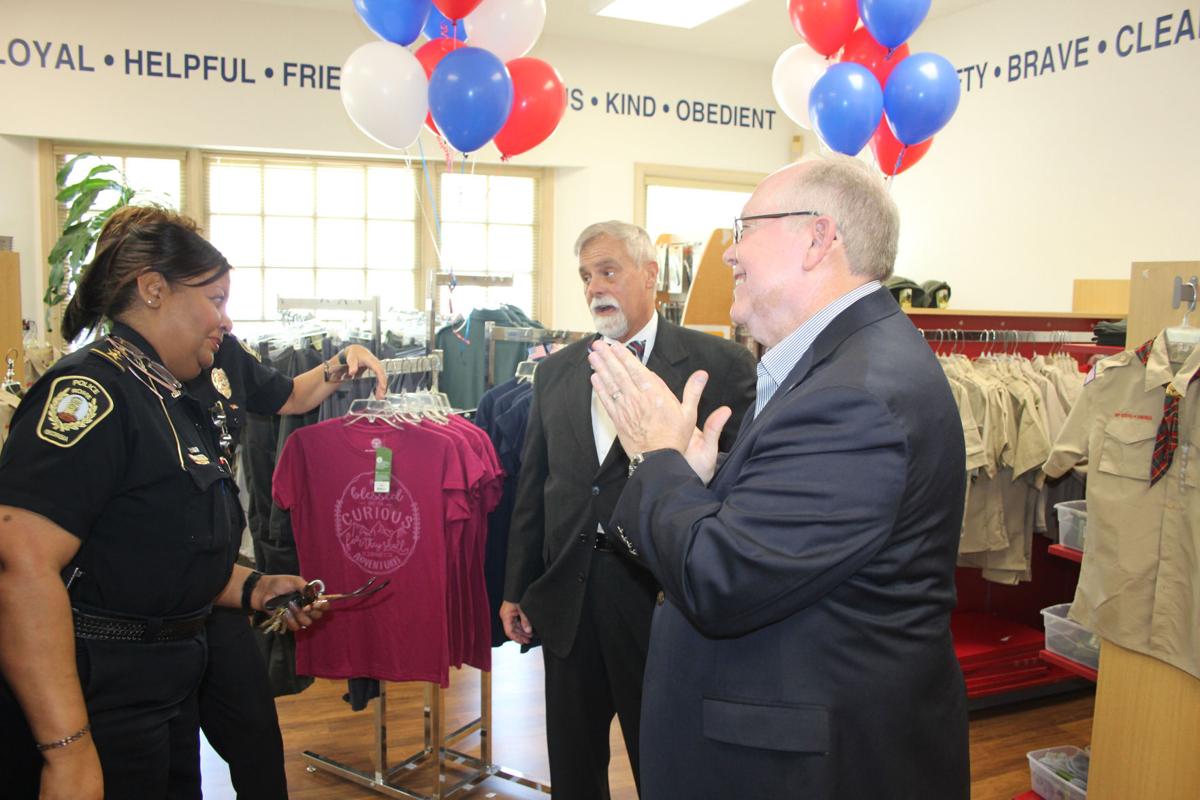 Rome Police Chief Denise Downer-McKinney (from left); Jeff Brasher, scout executive and CEO of the council; and Jerry Lee, council president, stand in the Boy Scouts of America Northwest Georgia Council’s new headquarters at Ansley Park. Brasher said it was the right time for the move.

Rome Police Chief Denise Downer-McKinney (from left); Jeff Brasher, scout executive and CEO of the council; and Jerry Lee, council president, stand in the Boy Scouts of America Northwest Georgia Council’s new headquarters at Ansley Park. Brasher said it was the right time for the move.

After 16 years of being located between SunTrust Bank and Owen’s Hardware on Second Avenue, the Boy Scouts of America have moved to Ansley Park on North Fifth Avenue, where their new headquarters will serve the seven counties in the Northwest Georgia Council.

“This is not where scouting takes place,” Jeff Brasher, scout executive and CEO of the council told community members who gathered at the new HQ Wednesday. “It is out there in the real world.”

The building was converted from Larry Formby’s urology office to suit the needs of the council. Brasher’s office sits in what used to be Formby’s work-out room, he said. Examination rooms and labs have been converted to suit the council’s needs and each staff member has their own office.

The biggest praise from those in attendance was the brightness and color that now exists in the council’s new space. Jeanne Krueger, interim director of the Rome Floyd Chamber, said she loved the windows in the Scout store and how much light it brought into the building.

The Scout store sits at the front of the building at the entrance in what used to be the waiting room and front offices. Council President Jerry Lee credited Wayne Robinson with buying the building and fixing it up for them, and Craig McDaniel for finding the property for the council.

Brasher said it was the right time to move the BSA region headquarters from its location on Second Avenue. Lee said issues with the council’s landlords were the final push to get them to leave.

The building is smaller square-foot wise than the Scouts’ last home. However, office staff said they do not feel the difference and the layout of the building makes it more functional.

“The staff and volunteers are happy with it,” Brasher said.

The first ever Scout office in Rome was in City Hall from 1933-1968, said Brasher. After that the council took up residence in a private home before building a facility that is now Sam’s Burger-Deli (recently renamed from the Armuchee Schroeder’s New Deli). The council moved into the SunTrust annex building in 2003 where it stayed until their move to Ansley Park.

New arrivals for the Wednesday, July 8, 2020 edition of the Standard Journal