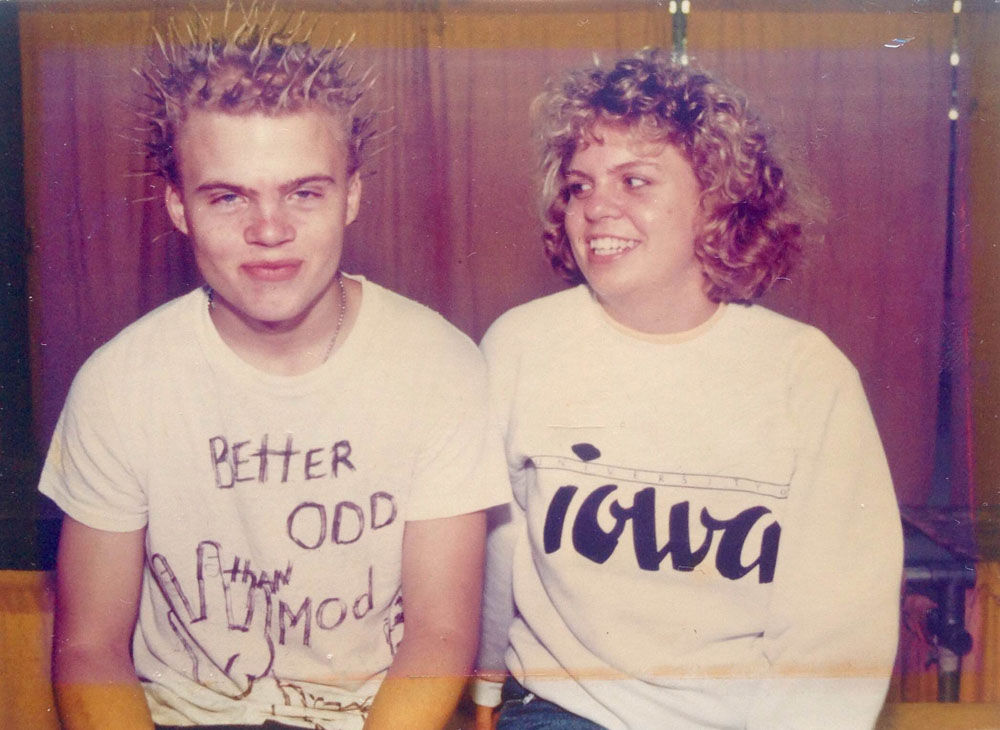 Tim Davis and Kirsten Davis during their teenage years. Tim Davis said his relationship with his sister was like that of the animated television characters Bart and Lisa Simpson. (Contributed photo) 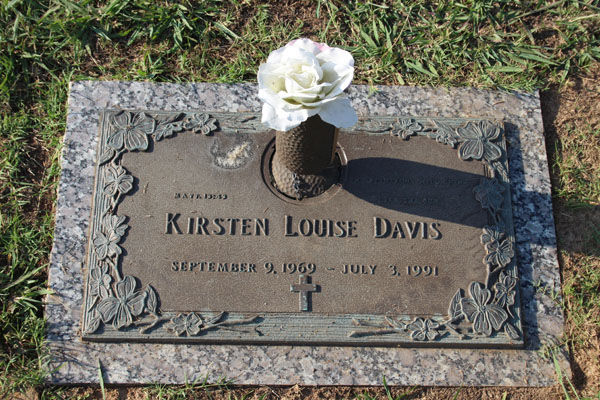 Tim Davis and Kirsten Davis during their teenage years. Tim Davis said his relationship with his sister was like that of the animated television characters Bart and Lisa Simpson. (Contributed photo)

Men jumped off their lawn mowers, cars pulled to the side of the road and kids dismounted from their bicycles as Tim Davis rode with his family from the funeral home to Oaknoll Memorial Gardens where the body of his twin sister, Kirsten Davis, was put to rest in 1991.

It was all a foreign whirlwind of the ways of the South to someone from Chicago, but a moment he will never forget.

“I grew up in Colorado and then moving to Chicago, and seeing that was literally like the most foreign thing I’ve ever seen,” Tim Davis said.

“That was a huge blessing to our family. Just thinking, wow, here’s this entire town just stopping and taking a few minutes. You know life is going to have to go on, but for these few minutes we’re going to be in solidarity with you,” he added.

Kirsten’s life ended July 3, 1991, when she was shot and killed driving along Ga. 297 on the way to see a friend in Vidalia. Kirsten was 21 at the time and a recent graduate from Berry College.

Her body was discovered by passersby in an overturned 1985 Subaru station wagon with shotgun wounds to the face and neck.

Today marks 25 years since her death, and according to law enforcement officials the case remains open.

“These cases linger with you,” said Scott Whitley, a special agent in charge at the Georgia Bureau of Investigation.

Whitley said he recently spoke with the district attorney of Toombs County about Kirsten’s case, but unless new information comes to light the case is in an impasse.

“It’s a case we’re very cognitive of and would very much like to solve, we do periodically review anything left unaddressed,” Whitley said.

Tim Davis questions if all has been done concerning his sister’s murder, and wonders why it hasn’t been a bigger priority due to the violent nature of the crime.

“I don’t want to disparage the law enforcement, but to me you’d think that this would be a really big case knowing this is something that stands out,” he said. “It stands out in the sense that you have a random college student that’s driving the street and gets randomly shot.

“She had her whole life in front of her, so it kind of rocks people’s logical sense of this isn’t supposed to be,” he added.

“It’s still active and still ongoing, and we’re still hoping something might surface on it,” Cooper said.

About 10 years ago, Tim Davis said he started making phone calls to the GBI to no avail.

“Basically just got told that they were at a standstill,” Tim Davis said.

In 2013, a team from the Cold Case Investigative Research Institute at Bauder College in Atlanta was looking into Kirsten’s murder.

However, Tim Davis said no conclusive evidence was found into who his sister’s killer might be from their investigation.

“As a family we’re obviously very frustrated and dismayed at the fact that nothing has materialized,” he said. “We’re kind of at the same spot we were 25 years ago.”

The saddest part for Tim Davis is seeing his parents have to live through the looming question of who would do this to their daughter. He said his father died several years ago with that question still in mind.

“I feel a lot more pain for my parents because they have to go through days asking ‘why my daughter?,’” he said. “My dad passed away several years ago, and to me that’s tragic because he passed away not knowing or not having closure.”

Tim Davis still asks the questions of who his sister would be today, and tries to overcome the ever present difficulty of moving on after tragedy strikes.

“The hardest part about losing a loved one like this is realizing that life still goes on for everyone else,” he said. “It’s really difficult to move on because you don’t want to lose that sense of that person.”

Tim Davis was born 40 minutes after his sister, and those mere 40 minutes separated the type of people Tim and Kir­sten would become.

“She was a straight-A student and part of all the different clubs and I was the E and F student that was the class clown, we were completely opposite,” Tim said. “If you ever watch ‘The Simpsons’, I am the Bart character and my sister was Lisa.”

Tim still asks the what-ifs of a life that wasn’t able to unfold. But, he can still recall what was the day, a funeral procession rolled through Rome and a community illuminated the goodness of humanity.

A flagpole stands beside Hill Dining Hall on Berry College’s Mountain Campus. At its base, e…