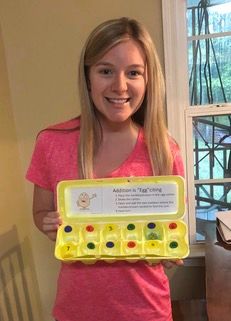 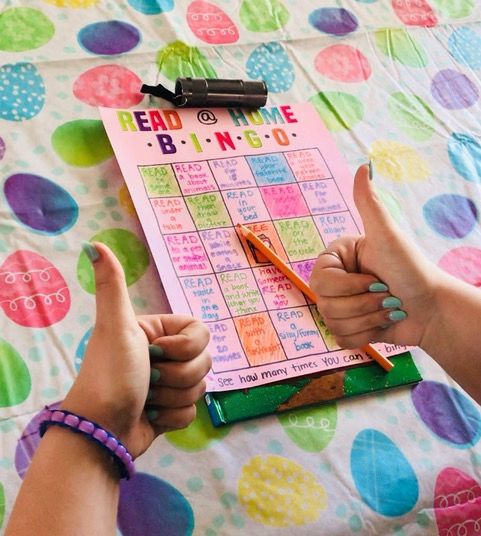 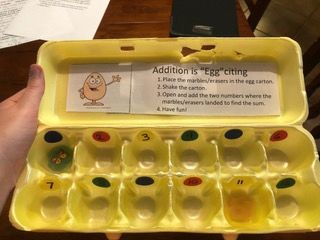 An up-close view of Meegan Robert’s “‘Egg’citing Math” game, which encourages young students to practice their addition and subtraction at home. 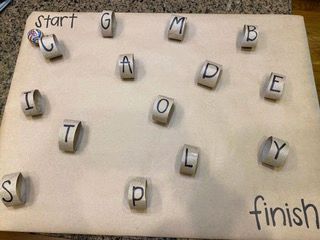 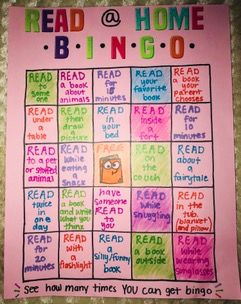 “Read at Home Bingo” encourages young students to get creative with when, where, why and how they read.

An up-close view of Meegan Robert’s “‘Egg’citing Math” game, which encourages young students to practice their addition and subtraction at home.

“Read at Home Bingo” encourages young students to get creative with when, where, why and how they read.

CALHOUN — Sonoraville High School early childhood education teacher Lori Key challenged students in her classes to create fun, educational games for preschoolers and elementary-aged children to play at home as part of their distance learning curriculum. The catch? The games had to be made from materials students would already have in their homes.

The idea for the project came when Key realized her ECE students would not have the opportunity to create lesson plans and teach younger students the way they would during a more typical school year, due to school closures caused by the COVID-19 pandemic. Under normal circumstances, students in the ECE pathway would work with students at Head Start or in a Gordon County elementary school three days a week. They would develop lesson plans and teach classes during that time.

“They don’t have students to work face-to-face with this year, but I didn’t want them to miss out on that learning opportunity,” Key said. “So, I gave them this activity. The game has to be academic and something the kids can learn from, but it also has to be something they can create and do at home.”

So far, Key said she has been blown away by her students’ creativity. They have used things like cardboard boxes, poster board, erasers and old paper towel rolls as the basis for games that teach real lessons about addition and subtraction, letters, sounds, numbers and shapes.

Anna Boswell, one of Key’s students, created a game called the “Letter Labyrinth.” The game board is made up of a poster board, a small ball and a toilet paper roll. To play, students cut the toilet paper roll into ½-inch pieces, write letters on the pieces and glue them randomly on the poster. They then need to make a list of words that can be spelled from the letters on the board. Starting at the top of the board, they roll the ball through the right letter tubes in order to spell each word.

Another student, Meegan Roberts, used an empty egg carton to create “‘Egg’citing Math,” a game that requires young learners to practice their math skills to win.

“She took an egg carton and wrote numbers on the bottom of each of the holes where the eggs would normally go. To play, students grab two erasers or marbles or even rocks from their yard and put them in the carton. They shake it up and wherever the marbles land, they add or subtract those numbers,” Key said. “That game in particular was exciting to see because it can be aged up for older students by saying, ‘OK, multiply those numbers. Divide those numbers.’”

ECE students had to share their games through Schoology to receive credit. Included in that submission, Key said she requested they show pictures of themselves creating the games as well as videos of them playing the game with a younger sibling or family member.

“Those videos have been so funny. You have these high schoolers teaching their younger siblings how to play these games, and they’re actually having so much fun. It’s really neat,” she said. “They are getting their families involved and they are proving that the games work.”

Key said she will be sharing the games her students submitted with teachers at all Gordon County elementary schools and Tallatoona Head Start so that they can share them with their students as optional games for learning at home. She also said she will share the assignment with Lynn Davis at Calhoun High School and Evangeline Starks at Dalton High School, who both teach in the ECE pathway, because it has been so successful.

“It is a fun assignment for our students, but it also really does show them what it’s like to be a teacher. You have to come up with lessons students can work on at home with limited materials, and you have to be creative,” she said. “It really stretches them to create games that can work developmentally for kindergartners but that can also be aged up to work for fifth graders. It’s hard, but they have done a wonderful job with it.”

Today, Friday left for voters to get to polls early in primaries

Fire Department trucks to be equipped with computers terminals