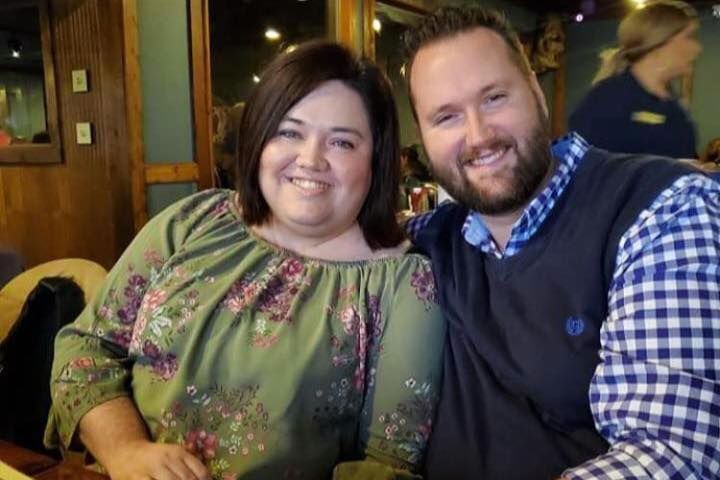 April Abernathy (left) and Kyle Abernathy were two of the first COVID-19 cases in Georgia. They’ve both since recovered and are self-isolated in their Floyd County home. 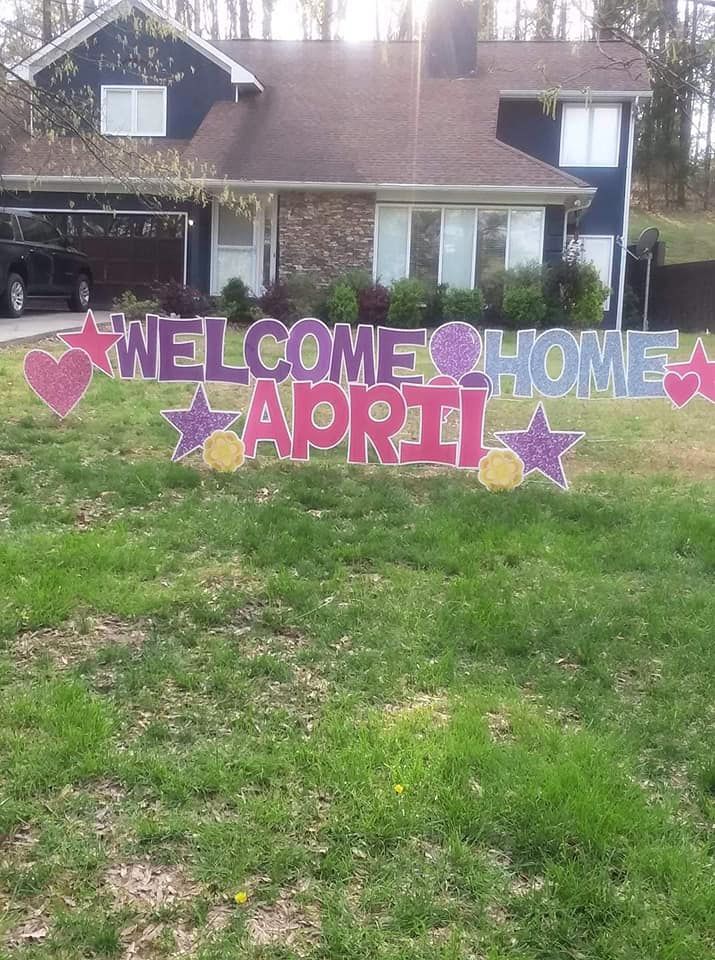 A sign in front of the Abernathys’ home in Floyd County welcomes April Abernathy home from her hospital stay at Emory. She had been on a ventilator for over two weeks.

April Abernathy (left) and Kyle Abernathy were two of the first COVID-19 cases in Georgia. They’ve both since recovered and are self-isolated in their Floyd County home.

A sign in front of the Abernathys’ home in Floyd County welcomes April Abernathy home from her hospital stay at Emory. She had been on a ventilator for over two weeks.

When Kyle and April Abernathy, a married couple in Floyd County, were first diagnosed with COVID-19, the disease caused by the novel coronavirus, they didn’t think the road ahead of them would be so tough.

After all, they’re both healthy with no clear underlying health issues that the Centers for Disease Control deemed as having more risks due to infection. The road to recovery has been tougher than expected, however.

“I feel very thankful to be alive,” April said. “I’m very weak, and have lost lots of muscle strength from being intubated. Right now I’m having to walk with a walker until I gain all of my strength back.”

On Friday, April Abernathy finally returned home after having been intubated for over two weeks due to respiratory failure. Her condition had gotten so bad that personnel at Floyd Medical Center moved her to Emory University Hospital in Atlanta.

During the first week the two had fallen ill, a doctor had told Kyle that he wasn’t sure if April would make it through the weekend. He said he believed God worked a miracle in his and April’s life.

“March 1st, we were healthy by all means,” he said. “I never would have thought being in a crowded church service, we would have contracted something like this.”

Epidemiologists have been examining the Church of Liberty Square in Cartersville where Beth Wells, the first person from Floyd County to die from COVID-19, attended a choir gathering. Kyle said that while he is not a member of that church, he sang in the choir there, where many coronavirus cases in Northwest Georgia seem to be linked.

The following day, March 2, Kyle reported developing a terrible cough, so he went to an urgent care where doctors gave him steroids. He thought he had simply had another flare up of bronchitis, which he had been fighting off since December. But his symptoms started including a tightness in the chest, so at the urging of April, he went back to urgent care.

Doctors told him he had tested positive for Flu A, so he thought it would be simple to fight it off at the house. He had never had the flu before. Then, within hours of each other, both Kyle and April started running fevers.

“It got to the point that I was coughing so bad, I couldn’t even breathe,” he said. “I told April ‘I really feel like I am dying.’”

“In retrospect, I wish she would have come with me,” Kyle said. “Maybe her condition wouldn’t have been as critical.”

The Abernathy’s story had reached waves of people, reporting prayers from across the country, even as far as Africa.

“They didn’t know us. Folks from Virginia have messaged me,” Kyle said. “Truly, truly, our story was shared. It was more to have the awareness that this can happen to common people or to anybody.”

Kyle said he’s been home well over two weeks, and the shutdowns that have been happening didn’t surprise him at all.

Kyle Abernathy is also the principal of Cave Spring Elementary. His diagnosis triggered a closure of the school, and then later the entire Floyd County Schools district. Rome City Schools followed suit as well. After that, schools and colleges across the state began to close doors for in person instruction at the advisement of Gov. Brian Kemp.

“We’re your typical young, healthy couple,” he said. Yet April ended up on a ventilator, and he ended up hospitalized. He said the only thing he could think that would have made their conditions worse is the fact that they both took an ibuprofen the day they were trying to break their fevers.

“Neither one of us had high blood pressure or diabetes, or anything that would worsen the case for us,” he said. “We had taken some ibuprofen. Maybe the ibuprofen worsened it. We’ll never know at this point.”

The claim that ibuprofen might make conditions worse has been suggested by medical professionals in other countries, but the World Health Organization has not officially said that may be the case.

Both warn that people should take all precautions seriously.

“I want people to know this virus can affect anyone and can kill you,” April said. “Take all precautions necessary and listen to what is being recommended.”

Right now, Kyle and April are in self-isolation at their home. Their two children aren’t with them right now, but they’re excited to get them back as soon as possible.

“It was so good to see my husband again, a familiar face,” April said of coming home. “I’m still quarantined from my kids so I’m counting down until they can be back home with me.”

The Latest: Navajo casinos to remain closed until early July

Commissioners to consider storage for 'strategic stockpile' for COVID-19

Police: A 26-year-old Georgia man asked a group of people to move their car and got shot in the chest

Atlanta has lifted its curfew for Saturday night