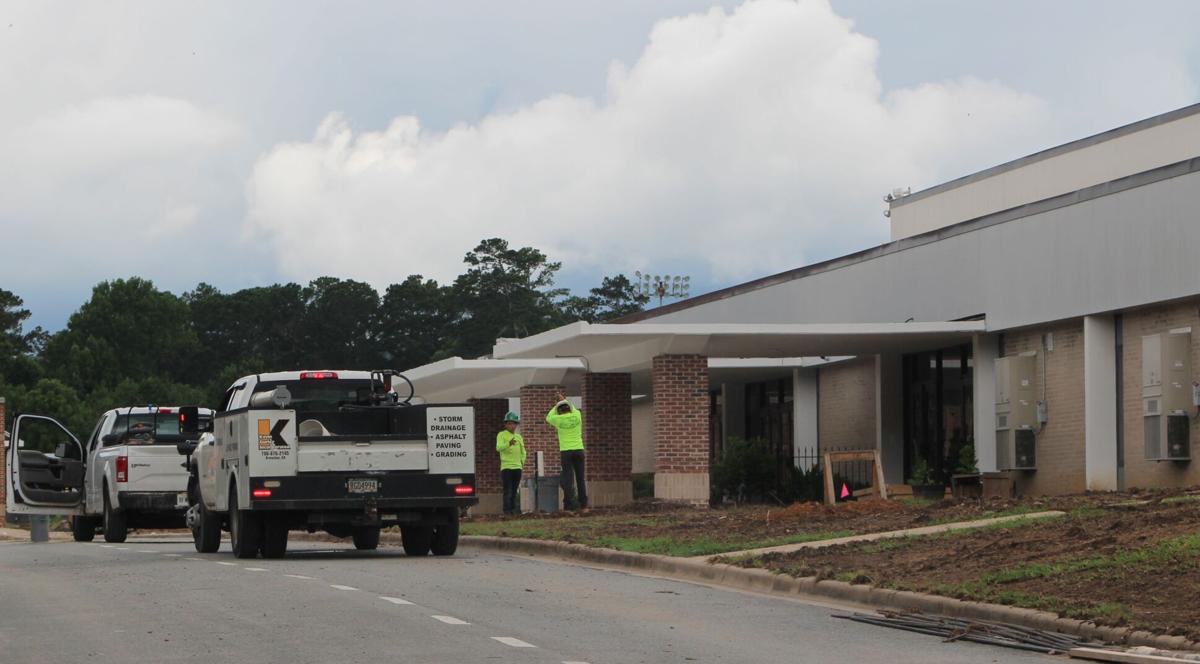 Construction workers prepare the area in front of the Armuchee High School auditorium for the new bus canopy Tuesday. 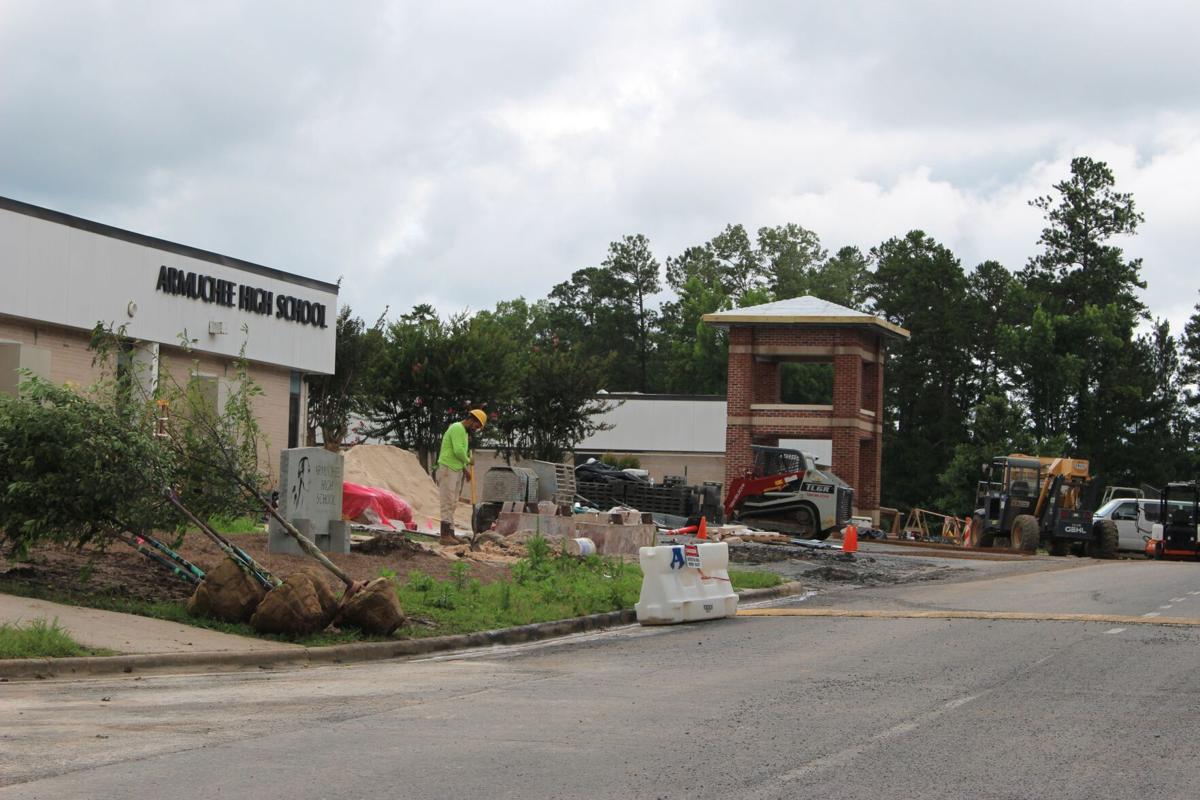 Construction workers prepare the area in front of the Armuchee High School auditorium for the new bus canopy Tuesday.

Work on new concrete and landscaping is making headway at Armuchee High School and it all should be ready before students return to school Aug. 5.

Facilities Manager Jack Gardner said the exterior renovation is going well, despite some setbacks during construction.

While replacing one of the bus canopies, they found that the original had not been properly anchored to the ground, Gardner said. Now workers are preparing the area so that the new one will be more secure and sturdy.

“The tower is basically done, it just needs some metal and the logo added to it,” Gardner said.

The tower, or cupola, will mostly serve an aesthetic purpose for the school. The rest of the modernization project will include matching the brick exterior to the new gym.

The roof replacement was completed back in May, but construction workers are also preparing it for the upcoming air conditioning and heating unit replacements next summer.

The project was originally set at $25 million and funded through the 1-cent education local option sales tax, according to Superintendent Glenn White. But over time, with increasing inflation costs and special grants from the federal CARES and American Rescue Plan acts, the school board has boosted the budget to $31 million.

Since FCS has more high school classrooms available across the school system, the Georgia Department of Education said they couldn’t help with reimbursement for a new Armuchee building. So the board decided to do a complete overhaul and renovation of the existing building instead.

According to White, Gardner is also working on putting out a call for bids on the Ninth Grade Academy renovations.

The Armuchee district’s seventh graders will be moved to the high school over the summer of 2022 after Glenwood Primary School closes.

With the upcoming fifth- and second-grade moves this year, school board members realized there wouldn’t be room for the seventh grade at Armuchee Middle School.

Right now, the school system is planning on adding bathrooms to the building so that the students won’t have to go to the main building and interact with the older grades.

This is something being seen in all of the school system’s major projects, including at Pepperell Middle School. While the building is ready for move-in, crews faced several setbacks and delays due to waitlists for materials.

Contraception is free to women, except when it’s not

What to know as Patriots 2021 training camp opens for fans: Schedule, autographs, are masks required?

$20 tickets for some big Alabama concerts go on sale Wednesday