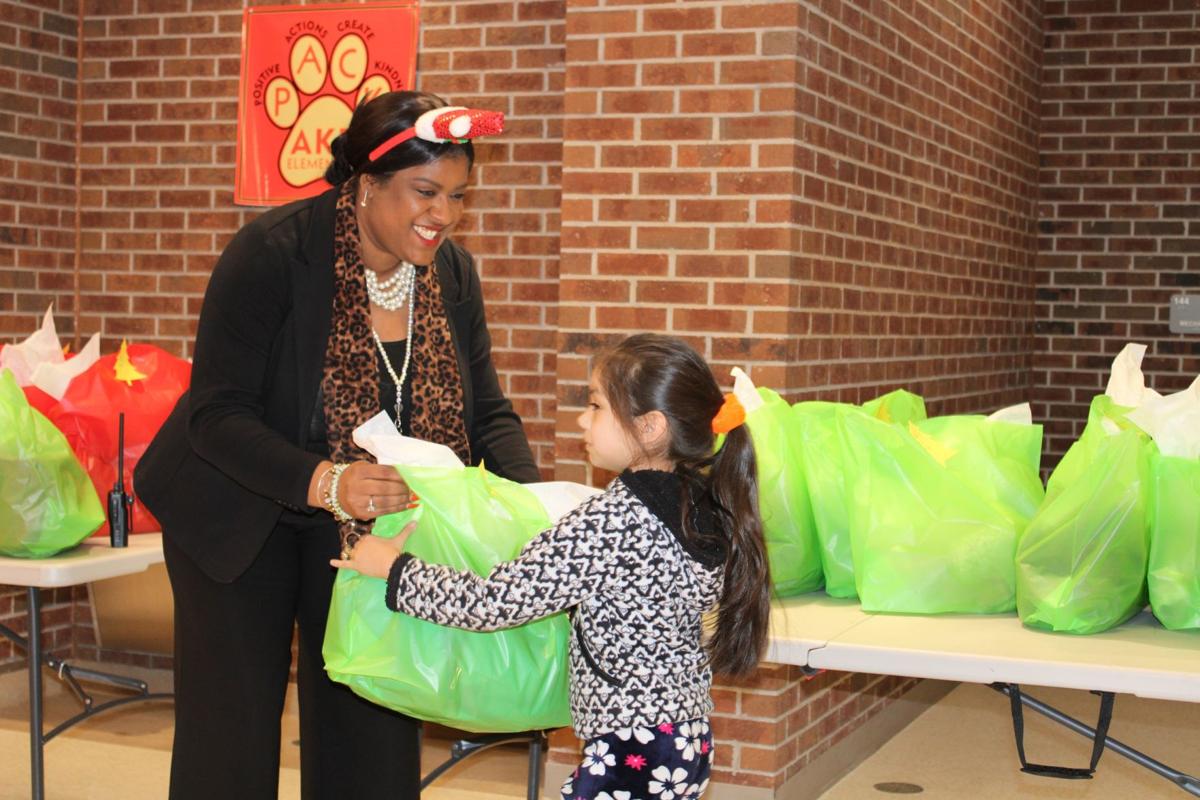 Felisha Jackson (left), principal at Anna K. Davie Elementary, hands a student her coat. She collected coats for two weeks so she could give every student at the elementary school their own coat. 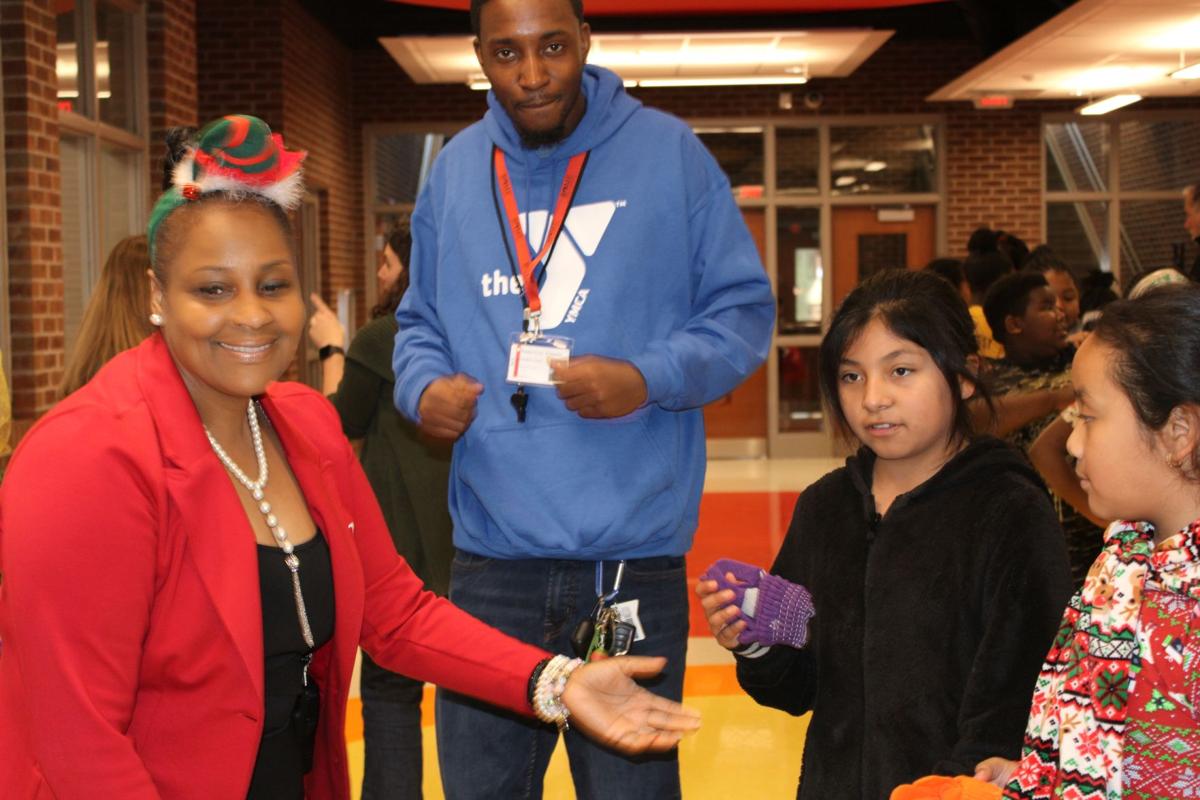 Felisha Jackson (left), principal at Anna K. Davie Elementary, hands a student her coat. She collected coats for two weeks so she could give every student at the elementary school their own coat.

Every morning when the students at Anna K. Davie Elementary get off the bus, they give the principal, Felisha Jackson, a hug before they go into class. But as the weather has been getting colder, she noticed about 20 to 25 students who didn’t have coats when they came to school.

“A young girl even asked me for a coat,” she said. That’s when she spoke to her best friend, Shameka Harvey, about having a coat drive. “At first, we were only going to do about 25 coats.”

Then Harvey posed the question: How do you know who is in need and who isn’t in need? That’s when Jackson thought to accomplish what many might consider an impossible task. She managed to get coats for every single student at Anna K. Davie Elementary.

With the help of her sorority, Delta Sigma Theta Sorority Inc. — Lake Oconee Area Alumni Chapter as well as Car Mart in Rome and Heritage Auto Group, she was able to get coats, hats, scarves, and gloves for the students.

“She kept it all a secret,” said Kelly Overby at Anna K. Davie. “We’ve been crying at the immense generosity from the community and Dr. Jackson’s effort.”

Jackson went to great lengths to accomplish her goal. Jeff Overby, the area district manager of Car Mart for Alabama and Georgia, said he’s lived in the area his entire life and has never seen anything like it.

“What Miss Jackson is doing is unreal,” said Overby, who got involved through his wife, Kelly. Many employees from Car Mart gave money and bought coats. “We’re just glad that we can get involved. We don’t want any publicity. We’re just glad we can help.

It wasn’t just sponsors who helped Jackson get everything together. Her family and friends also chipped in and assisted. She said they’ve spent an estimated $5,000 to get coats.

“We’ve been crying all week,” she said. “Not tears of sadness, but tears of joy to get so many children something for Christmas.”

She hopes that she is able to do this for the students at Anna K. Davie every year, and is ready to take donations.

For information on how to make donations to Anna K. Davie Elementary, email Joshua McClure, the director of communications at Rome City Schools, at jmcclure@rcs.rome.ga.us.

US to reject nearly all Chinese claims in South China Sea

Stocks up as market faces down latest hurdle: dismal profits

US grapples with pandemic as WHO warns 'no return to normal'

Blood Assurance in need of donations from recovered COVID-19 patients

A Chamblee Municipal Court employee has tested positive for the coronavirus