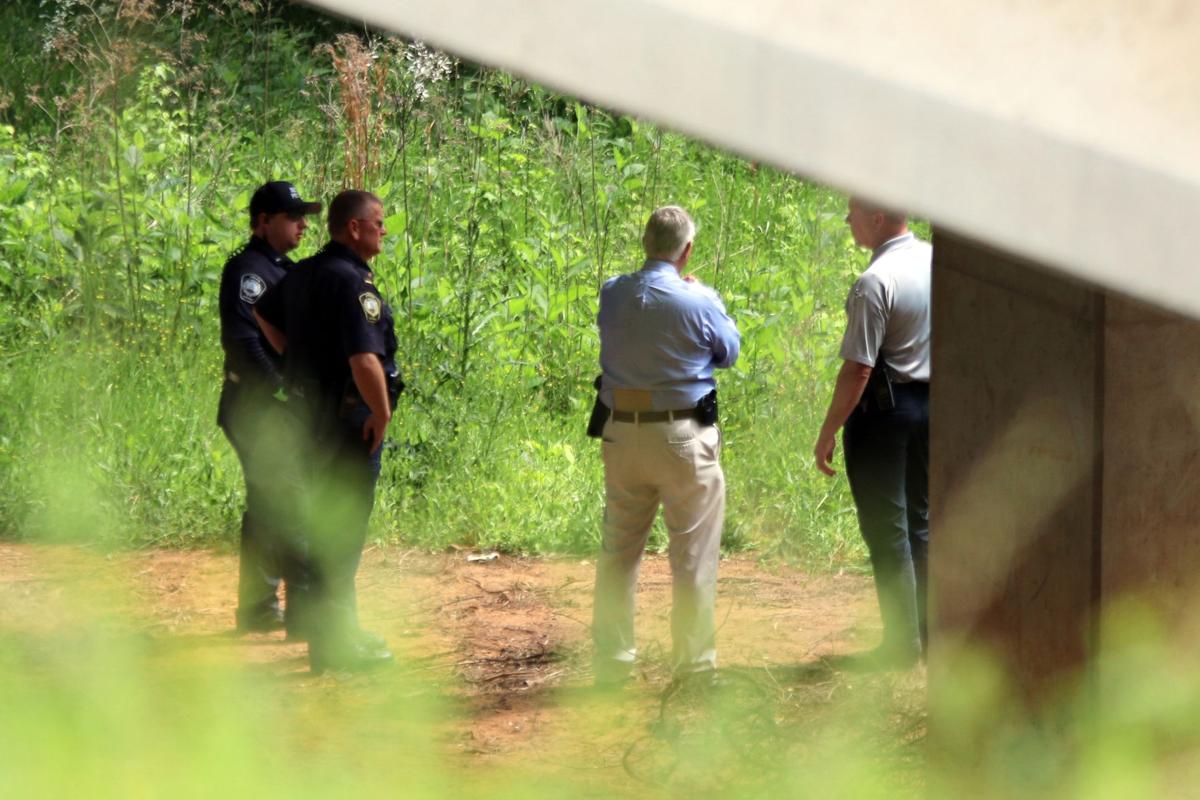 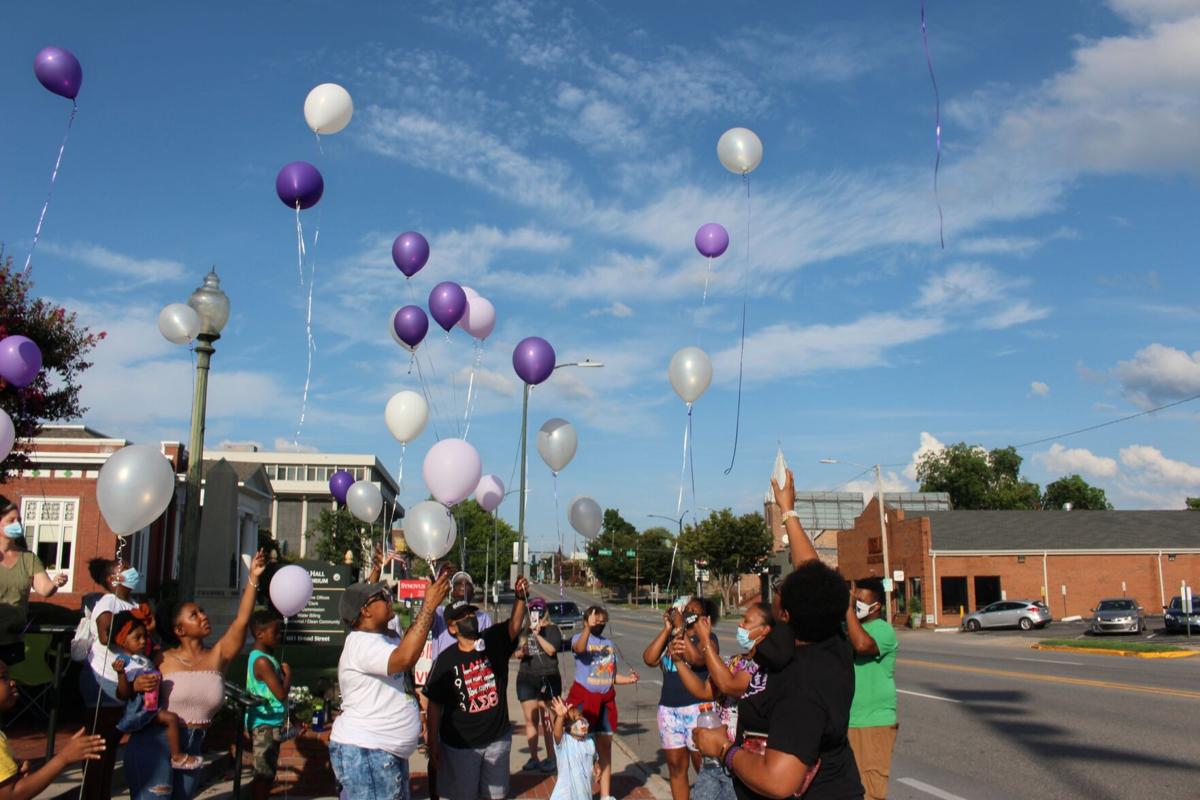 In this Aug. 2, 2020, file photo, a crowd outside Rome City Hall releases purple and white balloons to honor the memory of Vanita Nicole Richardson and Truvenia Campbell, whose bodies were found off the Rome bypass in May. The senseless nature of the slayings left the community outraged and concerned. 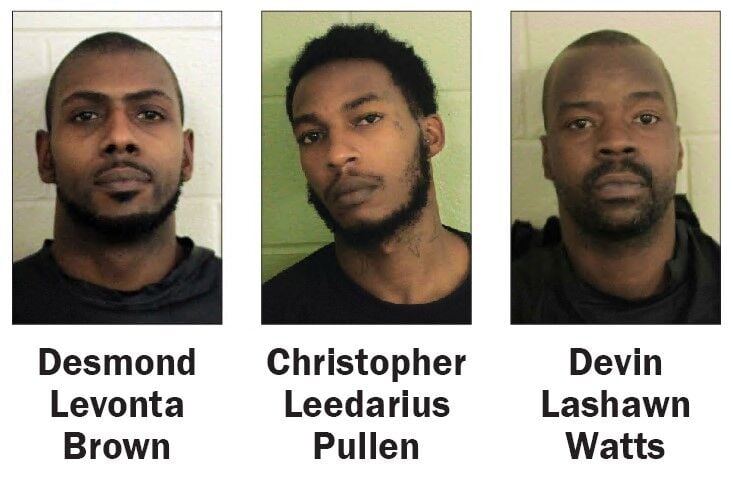 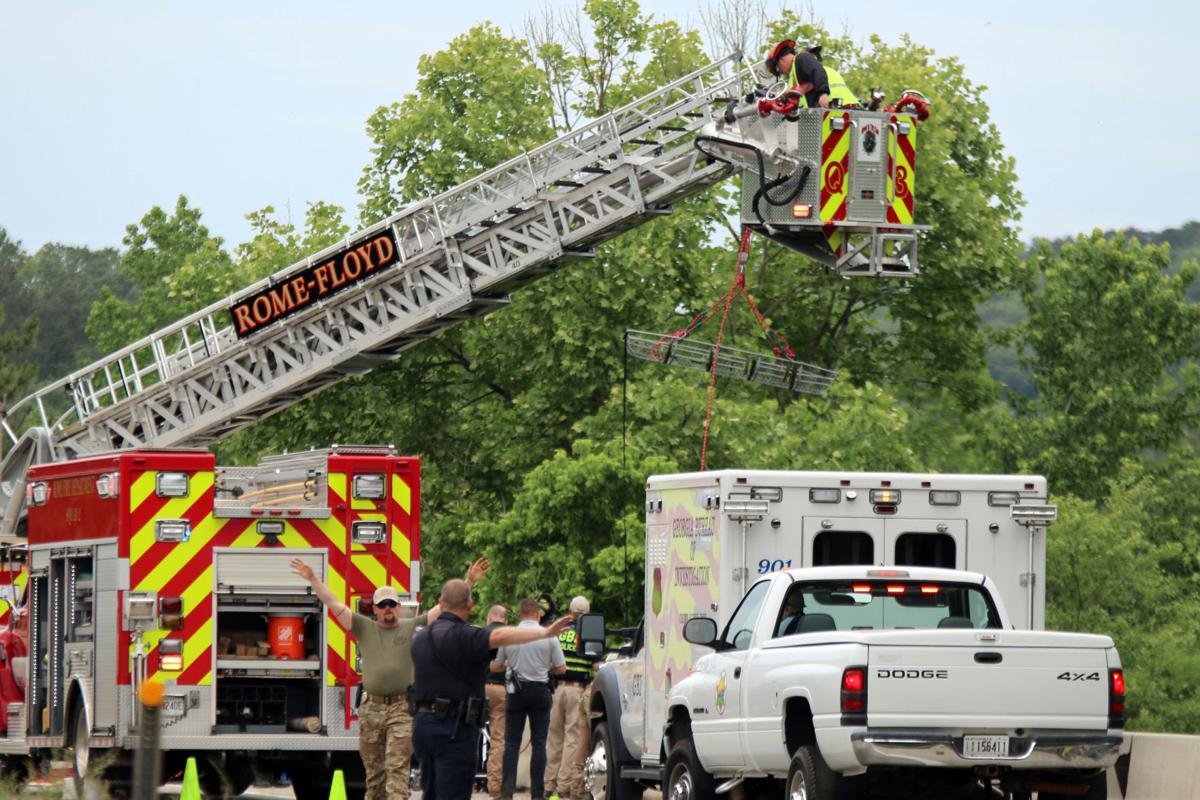 In this May 13 file photo, Rome-Floyd Fire Department personnel use an aerial ladder to maneuver a rescue stretcher over the edge of a bridge on the East Rome Bypass to help recover two bodies found near the Etowah River by a Georgia DOT crew performing routine maintenance on the bridge. 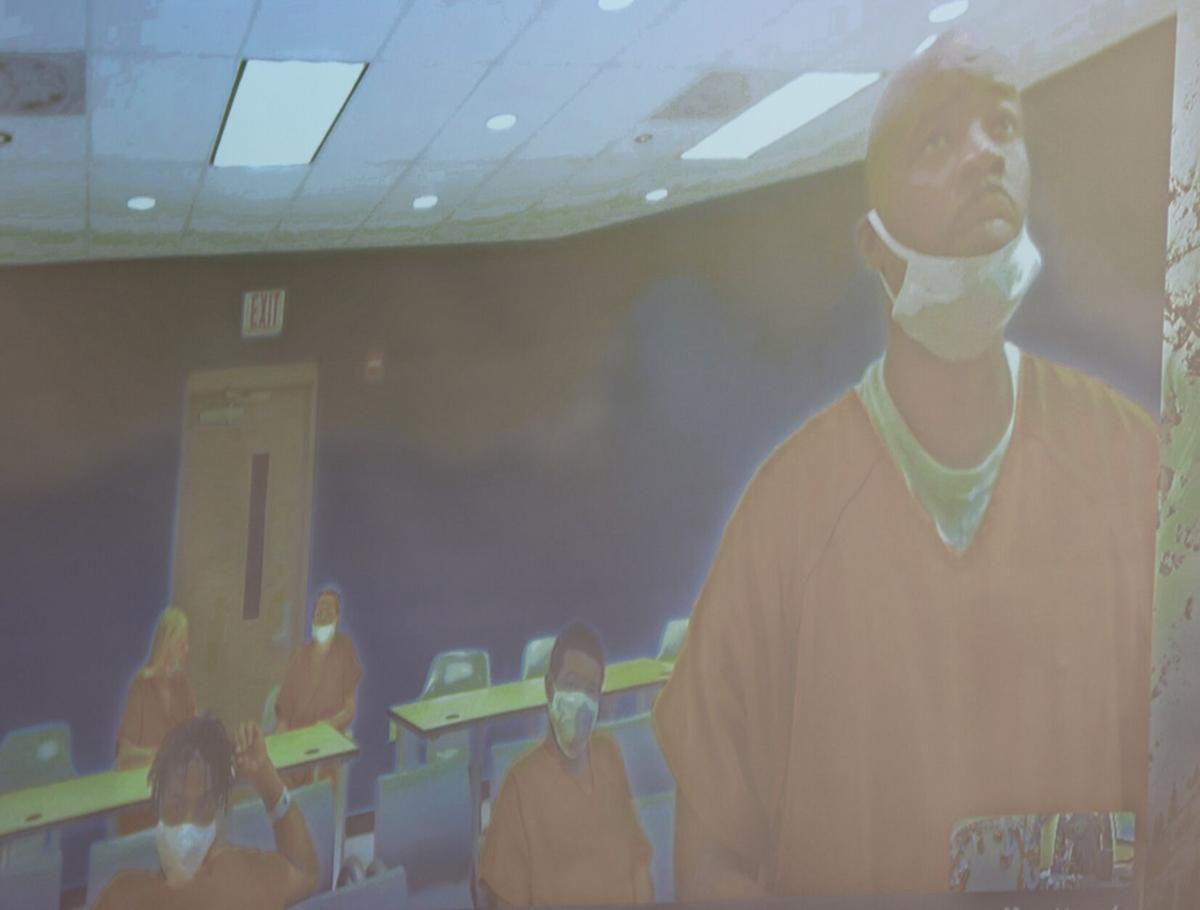 In this August file photo, Devin Lashawn Watts listens via teleconference from the Floyd County Jail as prosecutors talk about his arrest history during a bond hearing in Superior Court. 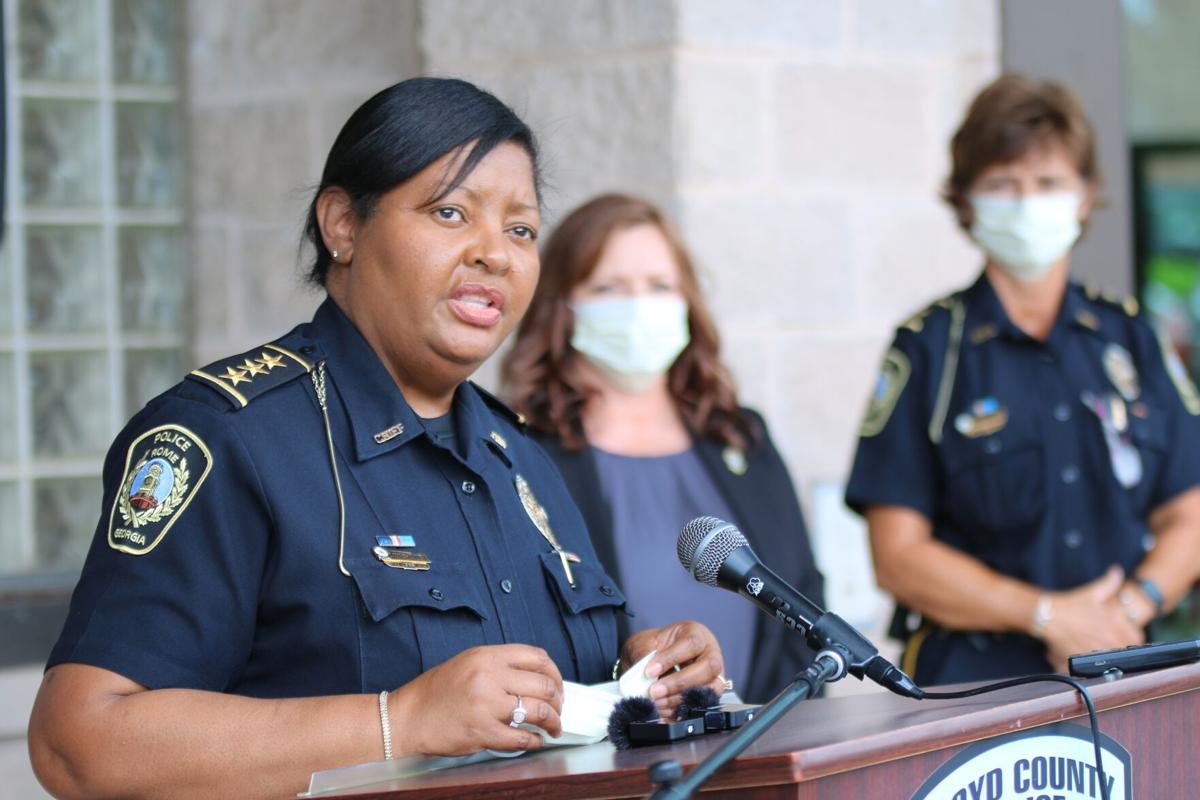 In this July 23 file photo, Rome Police Chief Denise Downer-McKinney called the murders of two sisters, “a hideous crime in our city.” She announced murder charges against three men accused of the crime and said she is extremely grateful to the GBI and her various units for their hours of work that led to the arrests. 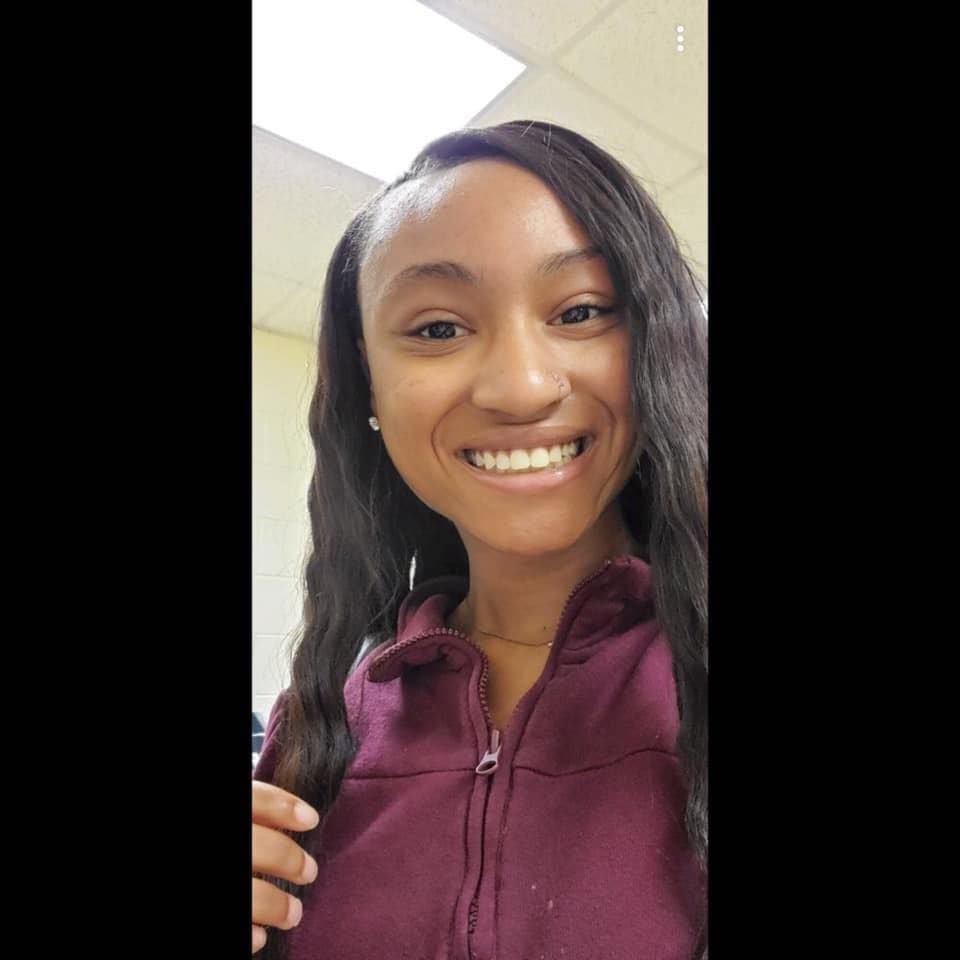 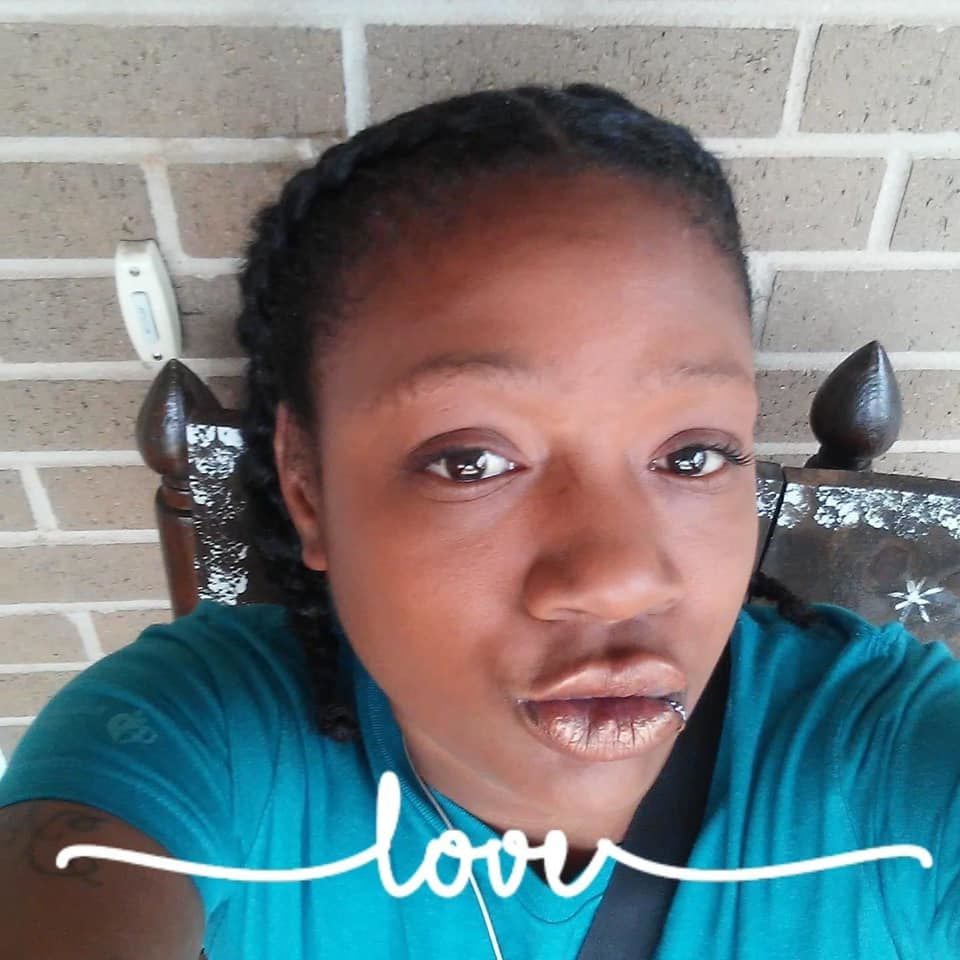 The killing of two local women whose bodies were thrown over a bridge and later found by a GDOT crew began with a man missing his wallet at his birthday party.

It ended in tragedy for the women’s families and the community in general, a massive investigation, rallies for justice and the eventual arrest of nine people.

Much of the information concerning the investigation into the deaths of Vanita Nicole Richardson and Truvenia Campbell came to light during a hearing in Floyd County Superior Court in which Judge John “Jack” Niedrach ruled there was probable cause to bring the case to trial.

The only testimony at that hearing Thursday was from one of the case’s lead investigators, GBI Special Agent Ghee Wilson.

According to Wilson’s testimony and information presented in court:

On May 12, Desmond Brown was having a birthday party at his home on Cave Spring Street. Several people including Richardson, Campbell, Devin Watts and Christopher Pullen were there.

At some point after 6 p.m., Campbell and Richardson left the party and Brown realized he was missing his wallet. He blamed the two half-sisters. They must have stolen it.

Brown, Watts and Pullen came up with a plan to get the women in Brown’s Volkswagen Phaeton and get his wallet back. A phone call and a few hours later they dropped Richardson’s gold 1997 Toyota Corolla off at the Callier Forest Apartments and went for a ride.

“Mr. Brown was driving. Mr. Pullen was in the passenger seat and Mr. Watts was in the back seat with Ms. Campbell and Ms. Richardson,” Wilson testified.

Cellphone records and statements given to investigators showed the five people drove to Alabama and somewhere along the road back to Rome, Brown pulled over.

“Mr. Brown pulled off onto the side of the road and questioned the females over the wallet,” Wilson said. Eventually they got back into the car, but Brown pulled over again and ordered them to get out at gunpoint.

He wanted to search the sisters and this time the elder sister put up a fight.

Brown shot Campbell, Wilson testified, and then she was shot two more times. Her younger sister, an Armuchee High School student, tried to comply but was shot twice.

The men put the women’s bodies into the trunk of the Volkswagen and made a few more stops. One was at a Mapco on U.S. 411 to buy three pairs of gloves, a Perrier water and a Black and Mild cigar. Another was to sell synthetic marijuana at the Callier Forest Apartments before throwing the women’s bodies off the 411 bridge.

Stephen Miller, the attorney for Watts, asked Wilson about statements his client had made to investigators.

“Has anybody admitted to the homicide?” Miller asked.

John Howe, the attorney for Brown, followed up.

“Did either of these guys say somebody else did it?” Howe asked.

“Yes,” Wilson said, Watts had told investigators that Brown and Pullen were responsible for shooting the two women.

He said Brown had a Glock 9mm and Watts had a .38 revolver and they shot the women.

Early on the morning of May 13, GDOT crews prepared to do bridge inspections. One the many bridges the agency was tasked with inspecting was on the East Rome Bypass near Grizzard Park.

Just before 11 a.m. they found the bodies of Campbell and Richardson, which had been thrown over the side of the bridge the night before. Police from several agencies arrived and the Rome Police Department, who had jurisdiction over the case, requested assistance from the GBI.

That same morning, Brown along with Watts, Pullen and four other men who Wilson identified as other Blood gang members from Rome, drove to Atlanta.

Dion Wade, Jatavious Smith, Devion Neal and Xavier Cheeks followed Brown and Watts in a Chevy Tahoe. Brown drove his own car with Pullen as a passenger, while Watts drove one of the victim’s 1997 Toyota Corolla.

The caravan headed to Atlanta, to Terry Lorenzo Wheeler’s home on Chapel Road, after making a stop in Cartersville. Wilson testified that video footage at several locations and license plate readers along I-75 backed up witness statements about the trip.

At one point, Watts stopped and used a gas station attendant’s phone to contact Brown when they became separated. They dropped the Toyota at Wheeler’s home and got in line at a Zaxby’s to get something to eat.

That’s when Brown’s mother called to tell him she’d found his wallet behind the television in the living room — the wallet for which he had killed two women.

Pullen, who was riding with Brown, told investigators that Brown got erratic and pulled out of the drive-through line cursing.

“He said ‘I just got two bodies for nothing,’” Wilson testified.

Knowing they had to get rid of the victim’s car, Wilson said the men took the Toyota to a wooded area off Buffington Road in Union City and burned it. It was only found with some cooperation from one of the suspects.

“Mr. Watts is ultimately the one who took us to the car in Union City,” Wilson testified.

Most of the evidence was burned but a vehicle identification number was recovered — it matched Richardson’s car.

A few of the men had washed out the trunk of Brown’s Volkswagen two or three times in an attempt to get rid of any evidence the women’s bodies had been there. Investigators were still able to recover DNA from the women in the trunk.

Four days after the discovery of the two women’s bodies, the arrests began.

Pullen was arrested on May 17 on a felony possession of hydrocodone charge.

On May 18, GBI agents along with local law enforcement were in force at the Callier Forest Apartments on Dodd Boulevard. Wilson testified they were seeking to search Brown’s car and he attempted to leave the scene. He was arrested on a misdemeanor obstruction charge.

A day later, on May 19, police arrested Watts on charges of theft by receiving stolen property and possession of a firearm by a convicted felon. He is accused of putting a .380 caliber Glock pistol reported stolen from Pickens County in a closet of an apartment at Callier Forest Apartments. That firearm was not used in the killings, Wilson testified.

Brown was released on bond for a short time but then rearrested on May 21 on a charge of possession of cocaine and marijuana with intent to distribute. Agents had found drugs as well as magazines containing bullets matching the type used in the shooting of Campbell and Richardson, Rome Circuit Assistant District Attorney Emily Johnson said.

On July 23, Rome Police Chief Denise Downer-McKinney alongside GBI Director Vic Reynolds announced murder charges had been filed against the three men. The following day, six more people were charged in relation to the investigation.

One thing investigators don’t know is where exactly the killings occurred.

“You did not conclude where on the side of the road between Rome, Georgia, and Alabama that Desmond Brown shot the victim?” Johnson asked Wilson.

Watts has motioned for bond twice, Pullen once. All requests for bond have been denied.

None of the men have been convicted for the crime and the proceedings are still in an early stage.

At the conclusion of the hearing Judge Niedrach told Brown and Watts the next stage of the case is for it to be presented to the grand jury for indictment.

The two men were present at the hearing via a video conference line. Several times during the proceedings Watts raised his hand, asking questions or shaking his head during testimony.

Until the last few minutes when he requested to speak with his attorney, Brown’s only expression was the inhalation and exhalation of breath as evidenced by the movement of his mask.

After the hearing ,in the hallway outside the courtroom, the family of the two victims huddled in tears as they mourned lives cut short.

Arrests from the investigation

Desmond Lavonta Brown, Devin Lashawn Watts and Christopher Leedarius Pullen have all been charged with murder.

Brown and Watts are each charged with malice murder as well as several predicate charges, including felony murder and aggravated assault. Pullen is charged with felony murder. All three are charged with theft by taking, abandonment of a dead body and tampering with evidence as well.

Also arrested in the case:

♦ Kayra Vinnette Morgan-Edwards, on felony false statements and writings and concealment of facts. She is accused of lying and concealing information from GBI agents during the investigation. Edwards is a former jail officer with the Floyd County Sheriff’s Office. She was terminated on April 18, 2019, according to jail records.

♦ Julie Ann Satterfield is charged with the felonies making false statements and meth possession as well as misdemeanor possession of drug-related objects.

♦ Dion Lavarius Wade is charged with felony false statements and writings, possession of marijuana with intent to distribute and possession of ecstasy.

♦ Alec Heath Brogdon is charged with selling a stolen Glock .380 pistol to Watts in May after the killings had occurred.