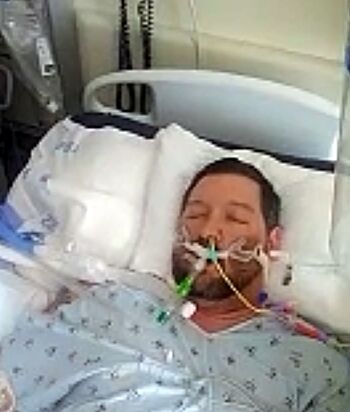 A FaceTime image of Josh Penson during his hospitalization with COVID-19 taken by his wife Tiffany Penson. Josh was in a coma virtually the entire month of May before making a complete recovery from the infection. 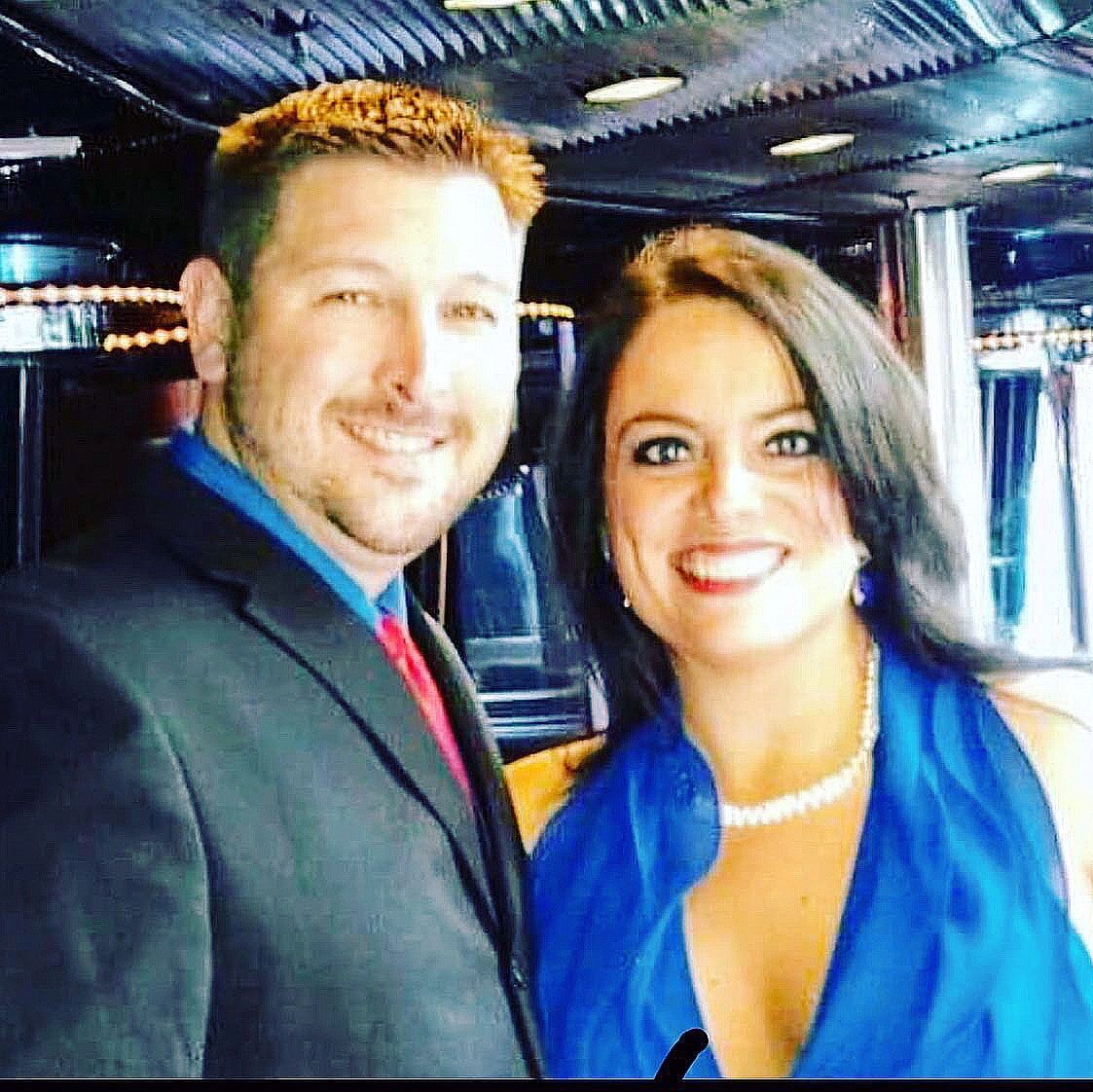 A FaceTime image of Josh Penson during his hospitalization with COVID-19 taken by his wife Tiffany Penson. Josh was in a coma virtually the entire month of May before making a complete recovery from the infection.

Josh Penson calls himself a walking miracle after being in a coma for a month with COVID-19.

Penson believes his case is one of the most serious that local medical officials have had to treat.

Penson, a youth pastor at Faith Missionary Baptist Church on Link Street in North Rome was feeling sick back on April 26 with a slight fever. The following day he left work because of his fever.

The next day, his wife Tiffany took him to Atlanta, where he could get a quick response test and learned that he was positive for COVID-19. The next day his wife took a test, just as a precaution, and also tested positive but never developed any outward symptoms of the infection.

Josh battled it through the weekend, but the fever reached 104 degrees and he felt chills and convulsions which prompted his wife to take him to the emergency room at the Floyd Medical Center.

“That was the hard part, her having to drop me off because she couldn’t go in,” Josh said. “I remember about three minutes after walking in the ER. I rounded a corner to go to one of the ER rooms and that’s the last thing I remember until I woke up May 31.”

Actually, he was awake for the next three days, sending messages to his wife via his phone, even singing a song to his wife but he has no recollection of any of it.

His condition went downhill quickly and FMC hospitalist Dr. Daniel Valancius was able to arrange a transfer to Piedmont Hospital in Atlanta.

“He called me and told me Josh probably would not make it through the night,” Tiffany Penson said.

The transfer didn’t go particularly well. The ventilator in the mobile ICU he was transferred in was jarred and sprung a leak in his right lung causing it to collapse.

While at Piedmont, Josh was put an a machine which acts as both lungs and heart when neither are working by themselves. But after two weeks at Piedmont, Penson was brought back to Rome and finally came out of the coma May 31.

“I didn’t know where I was. I had no idea that I had been in the hospital,” Josh said. “I thought I was kidnapped.”

“Without God I wouldn’t have improved as quick as I did,” Josh said. “By June 9, I finally had my second negative for COVID.”

One of the Penson’s children was going to celebrate his 17th birthday on June 19 and Penson left the hospital that day to go home and reunite with his son and family.

After coming out of the coma, virtually every experience, every day was a first for Penson.

“The first time I got to speak, the first cracker I ate, the first sip of a Sprite. Every bit of that I cried like a baby,” Josh said “I was just so happy to be alive.”

The Department of Public health reported 35 new positive tests for COVID-19 in Floyd County Friday, which ties with July 7 for the largest number of new cases reported in a single day.

Tiffany Penson said that one of the main reasons people ought to be wearing masks is that unless they get tested, they’ll never know they are carrying the virus.

Fortunately for the Penson family, none of their children or grandchildren ever tested positive for the virus in spite of the fact that Tiffany stayed quarantined for 21 days.

“By all accounts I should not be here,” Josh said. “God had something different for me and I’m just so grateful for what He delivered our family through.”

The Department of Public health reported 35 new positive tests for COVID-19 in Floyd County Friday, which ties with July 7 for the largest num…

China's assertiveness is becoming a problem for its friends

Stocks slip ahead of US jobs data, eyes on stimulus talks

As sports teams struggle, so do their hometowns

Justice Thomas maps own course, at wheel of his 40-foot bus

Fulton, feds and state are partnering on a COVID-19 testing site at the Atlatna airport

Cobb Schools reopening to be based on data, not dates

Q&A with Cobb Schools on its reopening plans

Marietta fixture Hemingway's closes, to be replaced by brewery