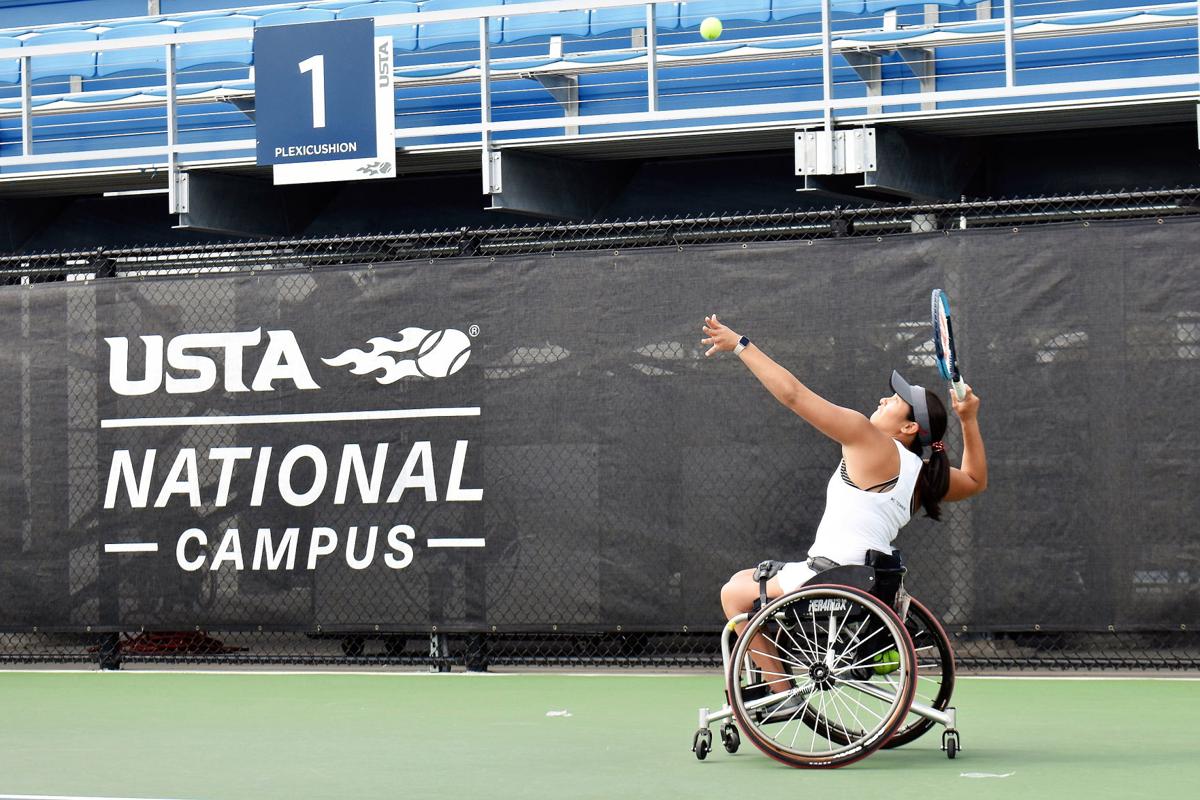 Shelby Baron prepares to launch a serve at the USTA Training Center. / Contributed-USTA 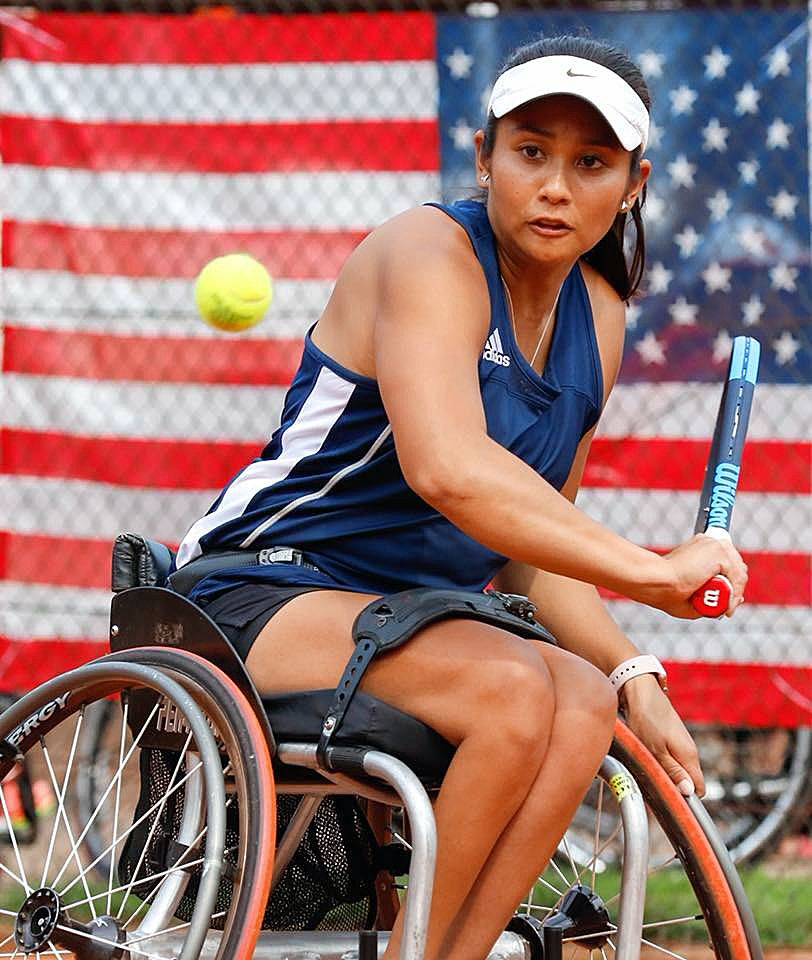 Shelby Baron, the Hawaiian native who is finishing a Masters degree at the University of Alabama, prepares a backhand return in a wheelchair tennis match. / Contributed-Anna Vasalaki

Shelby Baron prepares to launch a serve at the USTA Training Center. / Contributed-USTA

Shelby Baron, the Hawaiian native who is finishing a Masters degree at the University of Alabama, prepares a backhand return in a wheelchair tennis match. / Contributed-Anna Vasalaki

Shelby Baron, one of the top American women on the pro wheelchair tennis circuit, was born with Spina Bifida but has not let it stop her from achieving all sort of goals. One of those at the top of her list now is to play tennis for the US in the 2020 Tokyo Paralympics.

The native of Hawaii has been focused on finishing up her master's degree in speech pathology at the University of Alabama. She will take some time away from school to hone her game this week against some of the top players in the world at the Georgia Open at the Rome Tennis Center at Berry College.

Spina Bifida literally means “split spine” and is one of the most common permanent disabilities in the United States. It occurs when a baby is still in the womb and the spinal column does not completely close.

Baron is currently ranked number three in the U.S. and number 43 in the world, not bad for a young woman who has only been playing competitively since 2010. She was introduced to wheelchair tennis at a junior wheelchair tennis camp in California after hitting around with able-bodied junior athletes much of her younger life.

As a youngster, Baron got around with hand crutches and didn't start using a wheelchair until about the time she decided to get serious about competing.

She started college at the University of Hawaii but ran into the adaptive sports staff from the University of Alabama at a camp and was offered a scholarship. The decision to relocate to Tuscaloosa was a no-brainer.

She has competed at the Rome Tennis Center at Berry College twice, including last years Georgia Open.

"It is an amazing facility, there are so many courts. That's the biggest thing for the players, you don't ever have to wait for a practice court," Baron said.

While she loves tennis, she said her career goals lean more toward the speech pathology profession.

"Now I'm going to pick it up a little bit and focus a little more on tennis to qualify for Tokyo," Baron said. She's also hopeful for a chance to play in one of the Grand Slam events, the Australian Open, French Open, Wimbledon or US Open at some point in the future.

Baron looks for Diede deGroot, the defending champion, and number one ranked women's player in the world to be a favorite at the Georgia Open again this week.

Play begins Wednesday and continues through Sunday. There is no charge for admission.

UK jubilant as lockdown restrictions to be lifted next week

Japan to expand virus emergency ahead of Tokyo Olympics

Is there hope for Georgia’s ‘abysmal’ mental health system?