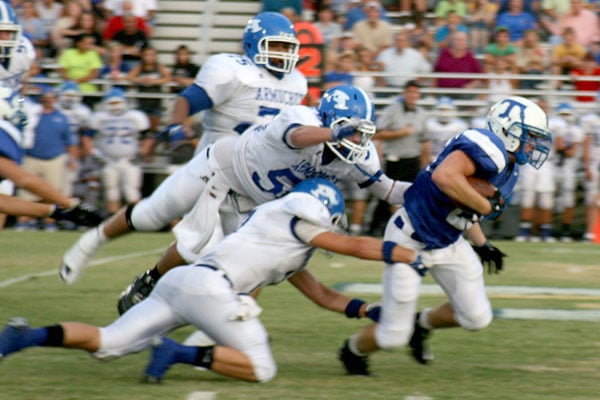 Armuchee’s last victory over Trion came in 2011. The Bulldogs and Indians are set to renew their rivalry in the same region once again. 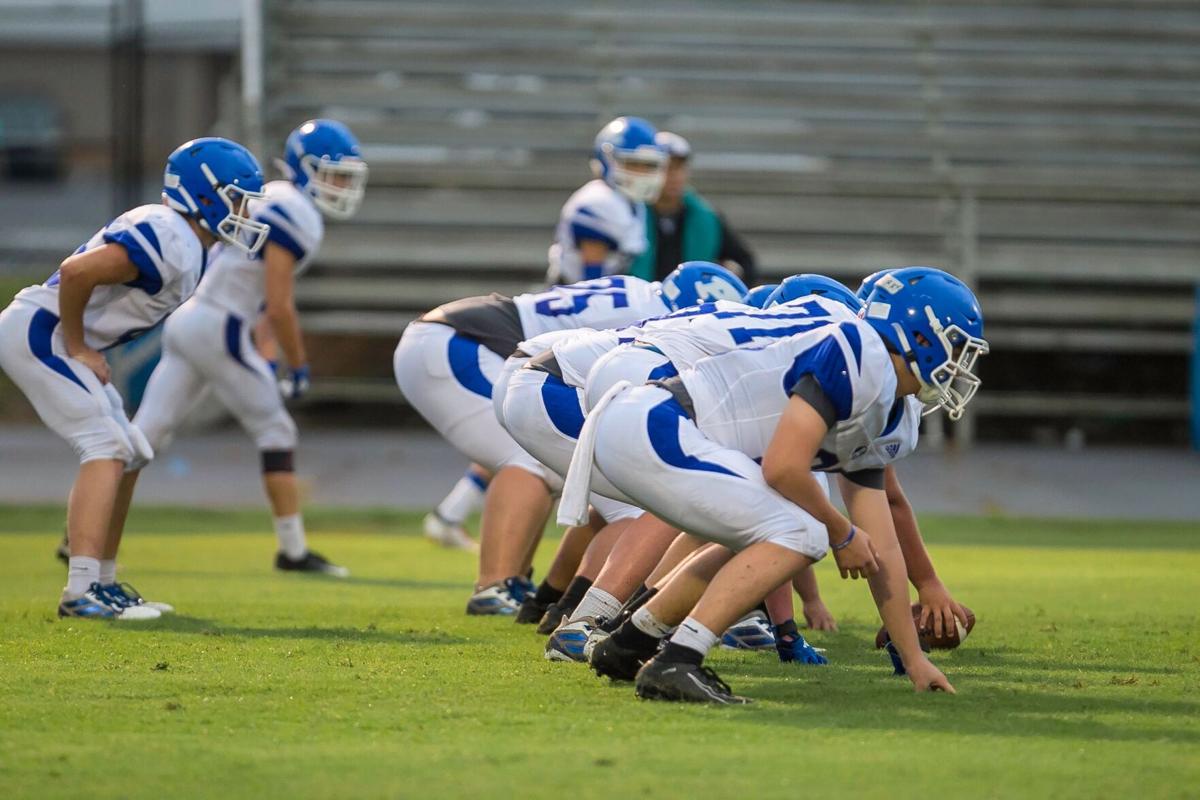 The Armuchee Indians line up to run a play during their scrimmage at Armuchee High School on Thursday, Aug. 20.

Armuchee’s last victory over Trion came in 2011. The Bulldogs and Indians are set to renew their rivalry in the same region once again.

The Armuchee Indians line up to run a play during their scrimmage at Armuchee High School on Thursday, Aug. 20.

The Armuchee Indians realign into Region 6-A Public with 11 other schools. However, only five of those field football teams. Many of those football schools Armuchee has some familiarity with, especially given those former Indians, such as head coach Jeremy Green, have battled before.

One of those is the Bowdon Red Devils. Bowdon is coming off an 8-3 2019 season, earning a first-round bye but falling to Warren County in a second-round playoff game 34-14.

Head-to-head, the Indians are 2-10 all time against the Red Devils. The schools meet at Armuchee High School in the regular-season finale.

The Gordon Lee Trojans are an old, but familiar foe. The Trojans and Indians have met on the gridiron 45 times, second most versus a single opponent in Armuchee football history.

The Indians hold a 20-22-1 record in those contests. Their most recent meeting was a 34-8 Trojan victory at Armuchee High School in 2015. The Indians travel to Chickamauga to battle Gordon Lee on Nov. 13.

The Mt. Zion Eagles out of Carroll County have met Armuchee on 19 previous occasions. The Indians own an 11-8 mark in head-to-head matchups.

The most recent meeting between the two schools took place 24 years ago in the first round of the 1996 Class A state playoffs, a 28-14 triumph for Mt. Zion. Armuchee’s last victory over the Eagles came in 1993.

Armuchee and Mt. Zion battle it out on Oct. 16 at Mt. Zion High School.

The Trion Bulldogs are fresh off a 5-6 2019 campaign, falling to Commerce 23-6 in the first round of the state playoffs. To date, the Indians have played 48 games against the Bulldogs, more than any other team in program history.

These two teams met last September with the Bulldogs capturing a 41-6 victory. Armuchee is 13-33-2 all-time versus Trion, and Green and the Tribe will get to continue the rivalry on Nov. 6.

“The two teams that we have played the most in the history of Armuchee football: No. 1 Trion, No. 2 Gordon Lee,” Green said in a phone interview. “To me, being an Armuchee graduate from the 90s, we’re going back home.”

Armuchee’s only new opponent is Best Engineering Science Technology (B.E.S.T.) Academy based in Atlanta. B.E.S.T. Academy opened its doors in 2007. The teams will meet for the first time on Friday, Oct. 23, under the bright lights of H.A. Lindsey Stadium at Armuchee High School.