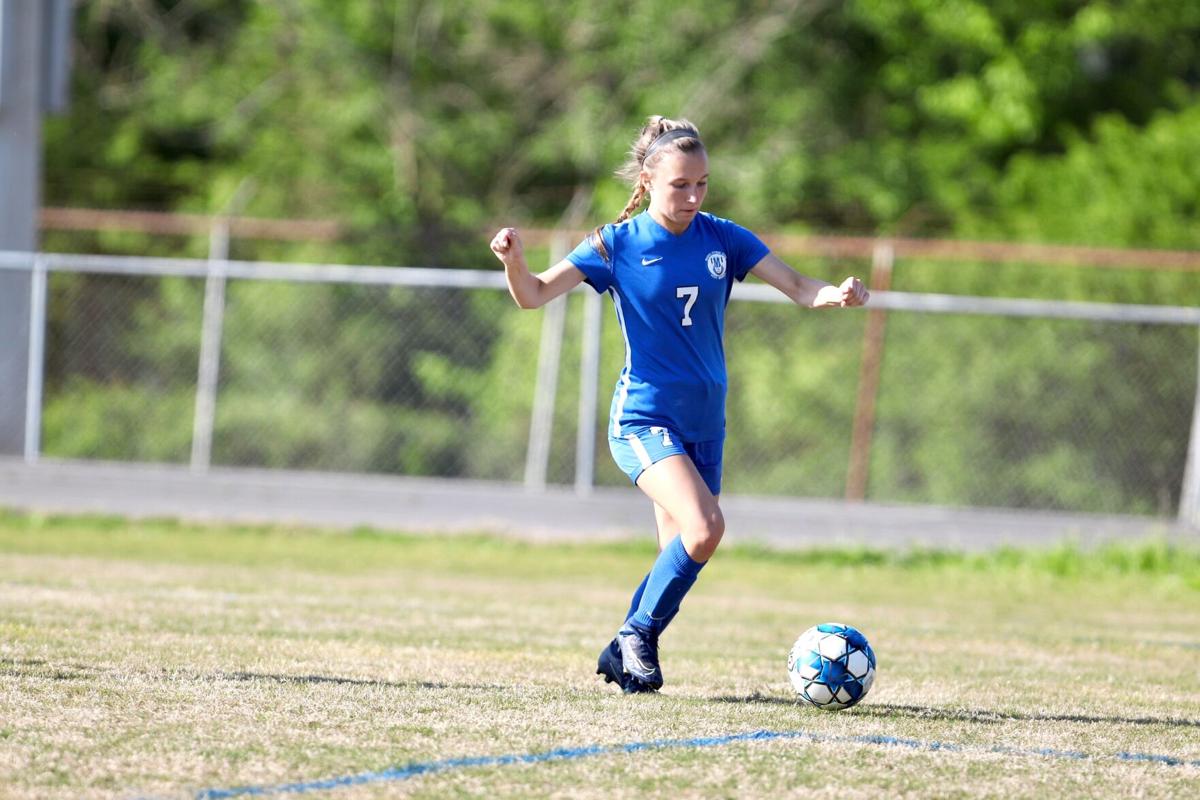 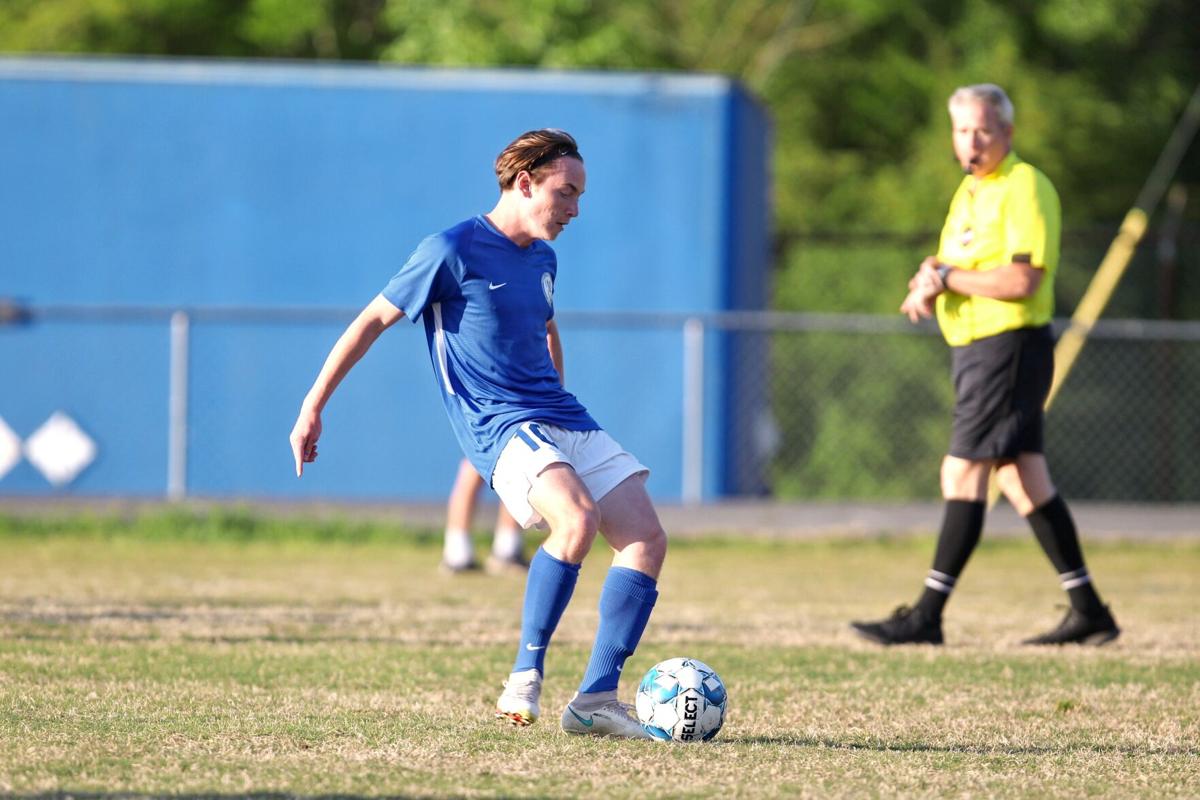 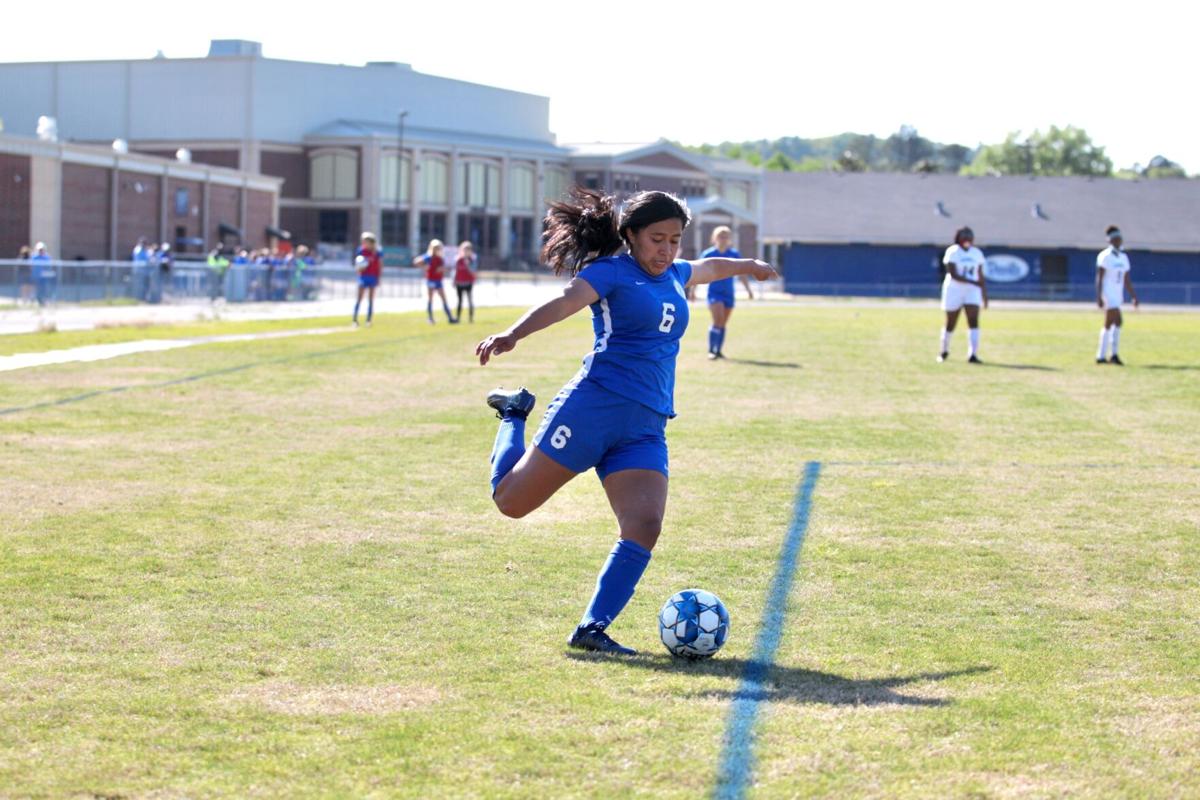 Model’s Ashley Vicente Perez prepares to take a shot at the goal during the Lady Devils’ opening-round playoff game against Therrell at Woodard-Tuggle Stadium.

Model’s Ashley Vicente Perez prepares to take a shot at the goal during the Lady Devils’ opening-round playoff game against Therrell at Woodard-Tuggle Stadium.

The Model girls earned a resounding 11-0 home win in their first-round playoff game against the Lady Panthers of Therrell on Thursday evening.

The Lady Blue Devils set the tone in the opening minute as Model’s Lauren Akemon, who accounted for a hat-trick, slotted home the easy goal via an assist by teammate Hadley Johnson.

The home side did not look back, as they went on to score 10 more goals in the first half to end the game at halftime via mercy rule. Model coach Ian Crawley was happy with his team’s dominant first-round victory.

“We really haven’t had much of an idea what kind of team Therrell is,” Crawley said. “We’ve never played them before. We told the girls you have to come out ready to play, and they showed up ready to play. Everybody on the bench played. Everybody contributed. Overall, we had a great night. We’re looking forward to what comes next.”

The Model girls will face the winner of Banks County and Callaway next Wednesday in Rome. The time of the game is still to be determined.

The Model boys soccer team played host to the Royal Knights of Elite Scholars Academy and won by the score of 7-0 Thursday. Blue Devils head coach Donnie Medence was pleased with the opening-round win to jump start the Blue Devils’ state-playoff run.

“Overall, I thought it was a good win,” Medence said. “It’s always nice to get a win in the playoffs. I felt like this could have been the scenario of us getting a big win after having seen them on film. I felt like we were a little bit above them. It’s kind of what I expected.”

Model’s Greyson Padgett was the standout performer of the game, as he accounted for a hat-trick. Medence praised the play of Padgett, whom he calls the team’s energizer bunny.

“He’s been phenomenal all season,” Medence said. “He’s been our leading goal scorer all year. We’ve known that we can count on him. I think the main thing with him is just the energy. He’s got a great shot. When he is able to connect, it’s a goal every time.”

Padgett’s teammate Liam Marshall finished second in scoring with two goals, and defender Jahari Merritt took the house down with his emphatic finish in the 78th minute before John Ramseur scored a goal of his own seconds later to make it 7-0.

The Model boys will advance to the second round and face the winner of Friday’s matchup between Rabun County and Bremen. The second-round game’s location, date and time are still to be determined.

WASHINGTON (AP) — The federal government will protect gay and transgender people against sex discrimination in health care, the Biden administration declared Monday, reversing a Trump-era policy that narrowed rights at the intersection of changing social mores and sensitive medical decisions.

THE VILLAGES, Fla. (AP) — U.S. Reps. Matt Gaetz and Marjorie Taylor Greene, two of the Republican Party's most controversial figures, kicked off their “America First Rally" roadshow Friday with a Trump-centric revival of sorts for the MAGA faithful at a Florida retirement community.

Gov. Brian Kemp has through Monday to sign or veto legislation passed by the Georgia General Assembly this year, or the bills automatically become law.