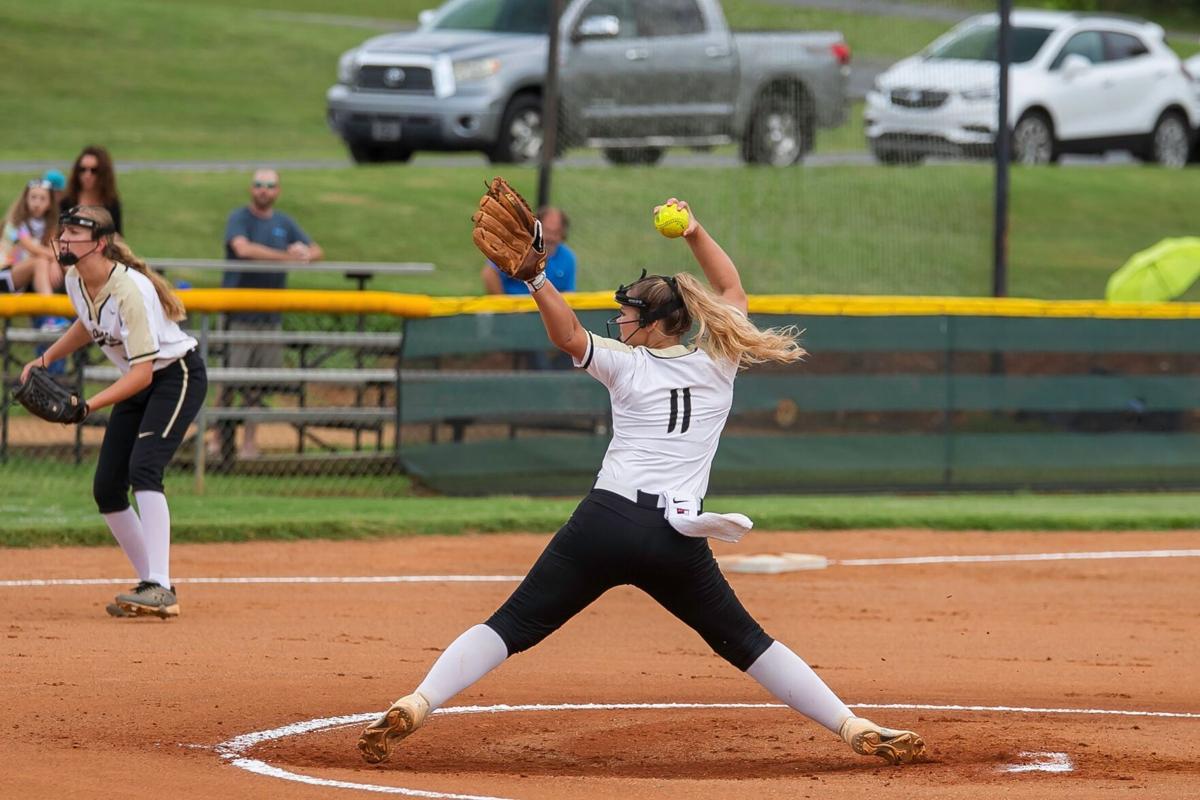 Pepperell junior Chloe Jones winds up to deliver a pitch during the Lady Dragons' Region 7-AA opener against the Model Lady Devils on Thursday, Aug. 20. 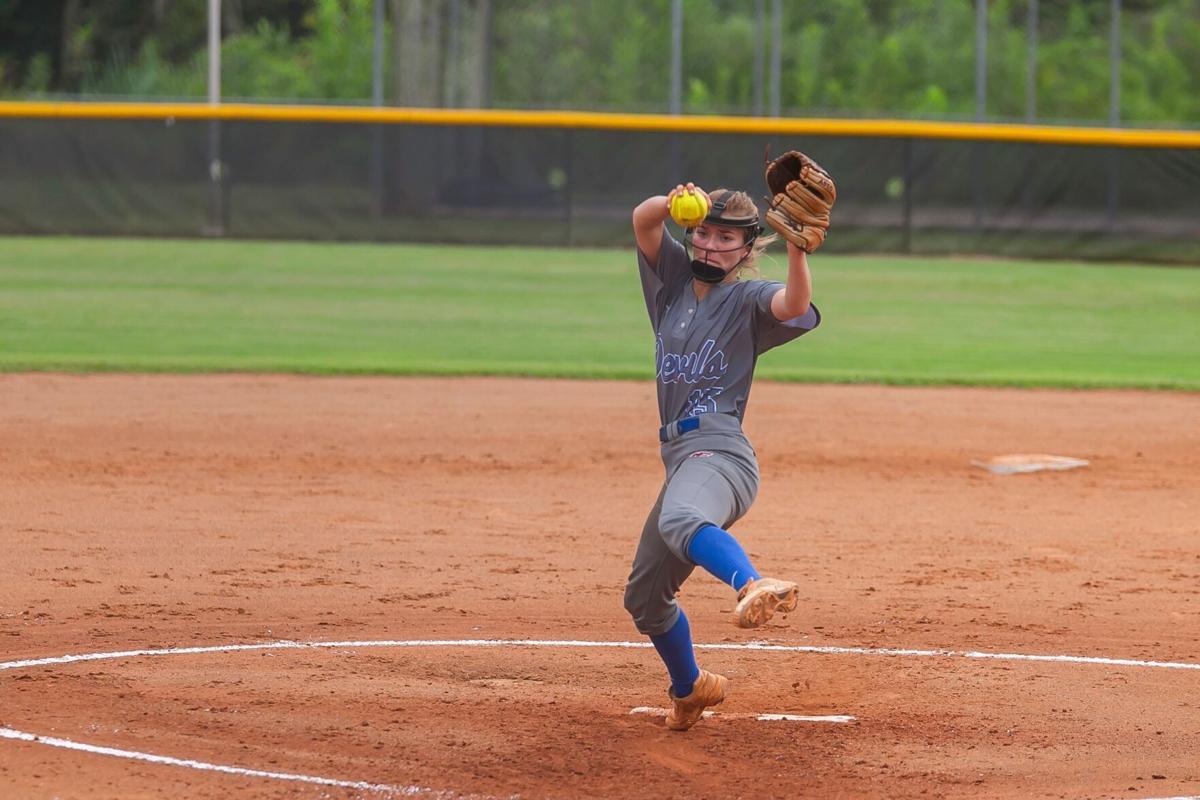 Pepperell junior Chloe Jones winds up to deliver a pitch during the Lady Dragons' Region 7-AA opener against the Model Lady Devils on Thursday, Aug. 20.

On a cloudy afternoon in Lindale, the Model Lady Devils and the Pepperell Lady Dragons opened Region 7-AA softball play with much anticipation.

Unfortunately, Mother Nature had other plans as the game was called off in the top of the fourth inning with the score tied 2-2. The contest was postponed until October and will start over.

“It was going to be a typical great Region 7-AA softball game,” Pepperell head coach Jeff Rickman said. “Model’s very well coached. (They’ve) got a great ballclub over there. They went up on us early. Our kids fought hard and were able to tie the game back. It was going to be a good, hard-fought game.”

A pair of juniors in Pepperell’s Chloe Jones and Model’s Claire Chamberlain got the start for their respective clubs and they did not disappoint. Through the first inning, each pitcher recorded a pair of strikeouts.

“Claire’s a warrior,” Model head coach Brett White said. “She battles. She doesn’t get shaken. She goes with the flow and keeps on throwing.”

Jones ran into a bit of trouble in the top of the second, after two walks and a base hit loaded the bases with no outs. Kendall Pewitt then stepped into the batter’s box and delivered a two-run RBI single for the 2-0 edge.

“I thought we swung the bat pretty well through four innings,” White said. “The girls put in a lot of work this week and it paid off.”

Jones and Pepperell rallied, though, as a popout in foul territory, a fielder’s choice and a flyout to right ended the Lady Devil scoring threat.

In the bottom of the third inning, Pepperell found its offensive response with three consecutive hits with two outs. Jones helped her own cause, delivering the Lady Dragons’ first run of the day via an RBI double. Morgan Willingham followed Jones with an RBI double of her own to tie the game.

“We don’t want to be as good now as we do in October,” Rickman said. “We want to keep getting better each day.”

The skies darkened and with a flash of lightning, the game was delayed and eventually postponed. According to Rickman, the make-up date will be Oct. 13.

“We’re just glad to be playing,” Rickman said. “We feel like the more we play, the better off we are. We’ve got one senior, three juniors a ton of freshman and sophomores; we just need the experience to be able to play on the dirt. You’ve got to come ready to play each day.”