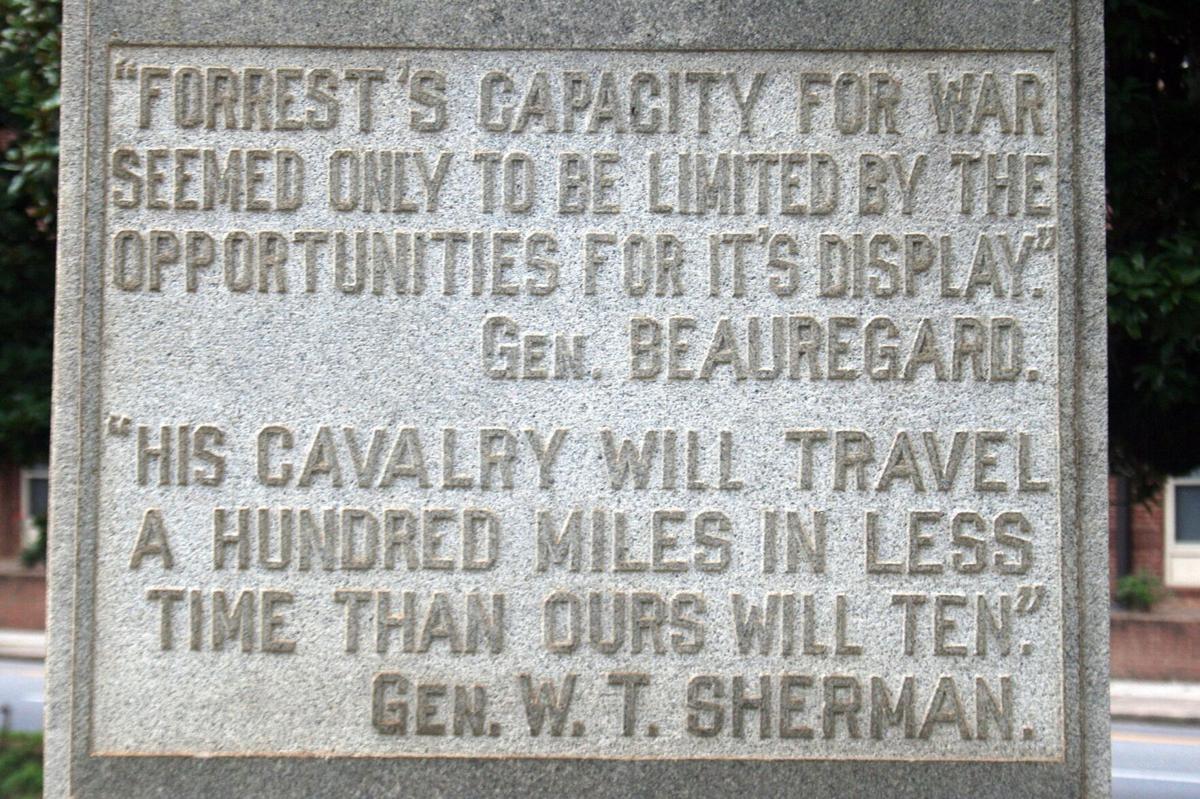 The United Daughters of the Confederacy was responsible for the Confederate General Nathan Bedford Forrest statue in Myrtle Hill Cemetery. An inscription on the south side of the monument attests to Forrest’s abilities as a military leader. 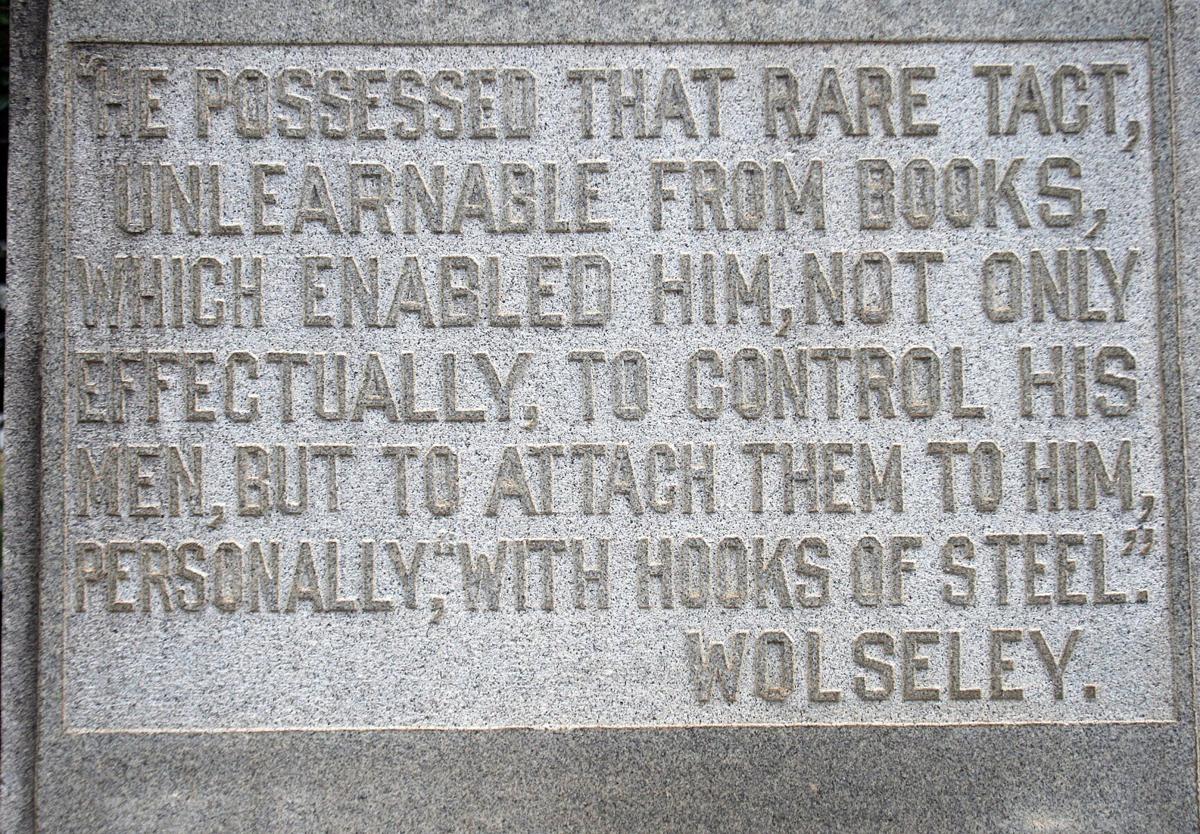 An inscription on a side of the Nathan Bedford Forrest monument in Myrtle Hill Cemetery may shed some light on actions of troops under Forrest’s command who were involved in the killing of scores of Black American soldiers at Fort Pillow. 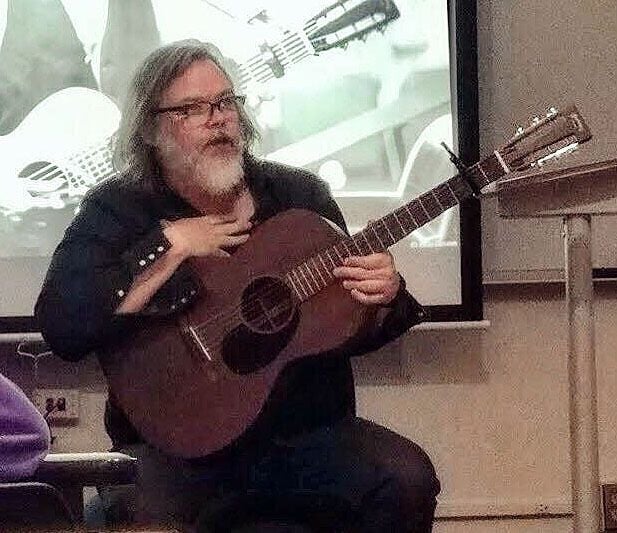 Stephen F. Austin State University Professor Court Carney has expressed interest in assisting a local committee with the development of language to put on a marker that would be located adjacent to the Nathan Bedford Forrest statue at Myrtle Hill.

The United Daughters of the Confederacy was responsible for the Confederate General Nathan Bedford Forrest statue in Myrtle Hill Cemetery. An inscription on the south side of the monument attests to Forrest’s abilities as a military leader.

An inscription on a side of the Nathan Bedford Forrest monument in Myrtle Hill Cemetery may shed some light on actions of troops under Forrest’s command who were involved in the killing of scores of Black American soldiers at Fort Pillow.

A professor at Stephen F. Austin State University in Texas has expressed interest in assisting a special city committee with its research into the life of a controversial figure with local history.

Professor Court Carney is currently writing a book on the legacy of Confederate States of America Gen. Nathan Bedford Forrest.

City officials, responding to requests to remove the statue of Forrest from the base of Rome’s historic Myrtle Hill Cemetery, are seeking applications from citizens to help write language that would become part of a marker that would be placed alongside the monument.

An issue is not just who Forrest was but how he and other figures involved in the Civil War have been portrayed and depicted before and during the segregation period. That portrayal is often referred to “lost cause” which advocates the belief that the Confederate cause was a just and heroic one.

Going forward, the idea is to more fully and accurately detail Forrest’s involvement in the war, slave trade and war atrocities involving Black American soldiers and post-war involvement with the Ku Klux Klan.

Carney said Forrest has become a lightning rod of sorts over the last six months. The professor is in the process of writing a book on Forrest’s cultural legacy.

The working title is “The Meaning of Nathan Bedford Forrest in America”.

He also wrote a paper for presentation at the Southern Historical Association’s annual meeting in Memphis, Tennessee which deals specifically with the issues that have been raised by the Black Lives Matter movement.

Carney has also authored scholarly publications including “Remembering Fort Pillow,” in 2018 as well as others on the topic.

Carney said when a statue to Forrest was erected in Memphis in 1905, there was a cartoon in the Memphis newspaper which tied Forrest to being a ranking member, titled grand wizard, of the KKK.

“‘The wizard is back in that saddle,’ that’s what they were saying,” Carney said. “But Memphis was his hometown and they have a completely different take on Forrest than Rome. Rome is a very specific, ‘He saved the town,’ whereas Memphis was ‘This is our hero.’”

The professor said there is pretty clear evidence someone ordered rebel troops to execute Black American soldiers at Fort Pillow after they attempted to surrender, but said there isn’t as much evidence linking the act to Forrest.

“Forrest, does he order it? Well, not necessarily. Does he condone it? No, not really,” Carney said. “He actually shows up late for the battle.”

The current inscription on the Forrest monument in Rome, attributed to British Field Marshal Sir Garnet Wolseley reads, “He possessed that rare tact, unlearnable from books, which enabled him, not only effectually, to control his men, but to attach them him, personally with hooks of steel.”

“The Klan story is just vague enough, it’s just ambiguous enough to allow people to say he had nothing to do with it on one hand and on the other hand say he was the leader,” Carney said.

In later years there was some perception that Forrest went through a “mea culpa” element, but there is no definitive indication that it was a sincere renunciation of the Klan or Forrest pivoting as a political figure with a growing Black population in Memphis.

“I think he was definitely trying to thread the needle a bit with his public image and the politics of the town,” Carney said.

The Texas educator said one of the things that fascinates him about the Forrest statue in Rome in 1908 is that it was erected by the United Daughters of the Confederacy which had largely ignored Forrest during that period.

“And then you have the women’s marker next to it,” Carney said.

The monument marker committee will include three people in favor of moving the statue and three against it. The committee has been given a budget of up to $5,000 to retain an academic consultant to help sort out fact from fiction relative to Forrest.

The city commission started taking applications for the six-member committee Aug. 11 The deadline for application is Friday, Sept. 25.

City Clerk Joe Smith said that he has two applications in hand, both from people who would not like to see the statue removed from Myrtle Hill Cemetery. He has received four other inquiries, three of which he believes are in favor of moving the statue, but no formal application yet.

Once the committee has been appointed it will have six months to come up with the language to be included in a marker that would be located adjacent to the statue.