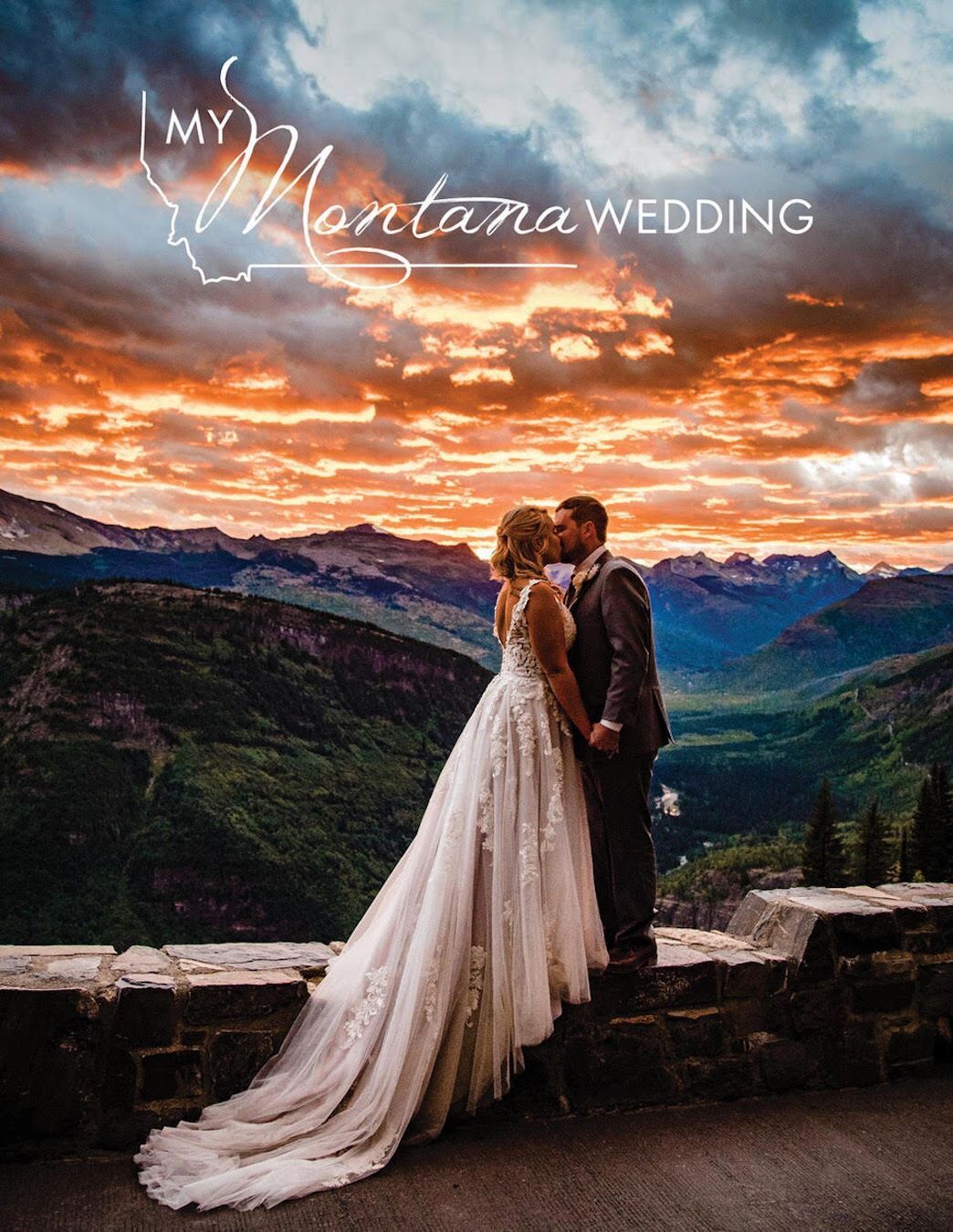 Rockmart’s Victoria Matthews and Tyler Matthews as shown on the cover of the upcoming Spring 2021 edition of My Montana Wedding Magazine. 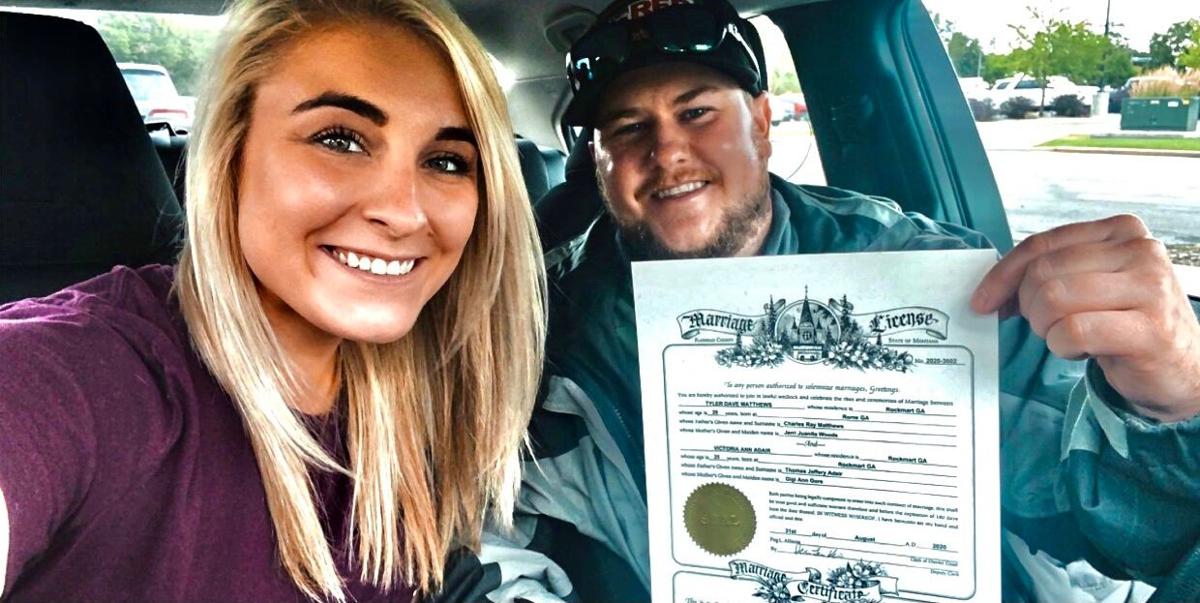 Victoria Matthews (left) and her husband, Tyler Matthews, show their marriage license after getting it in Montana last year.

Rockmart’s Victoria Matthews and Tyler Matthews as shown on the cover of the upcoming Spring 2021 edition of My Montana Wedding Magazine.

Victoria Matthews (left) and her husband, Tyler Matthews, show their marriage license after getting it in Montana last year.

Tyler and Victoria Matthews got a surprise recently when they learned that a photo taken to commemorate their marriage last September in Montana was selected to be the cover photo for the Spring 2021 edition of My Montana Wedding magazine.

The magazine, published by the My Montana Wedding Association, is a resource for people looking to get married surrounded by the beauty of the wilderness the state has to offer. The photo of Tyler and Victoria, taken by Montana photographer Lindsey Jane, was voted on through the magazine’s Facebook page.

The photo shows the couple kissing while standing on a short stone wall overlooking a valley in Glacier National Park at sunset.

Victoria said she had no idea the photographer had entered it into the contest until she was mentioned in a post on Instagram that the photo was in the final three.

“It just took us by surprise, and we had people comment that we were going to win,” Victoria said. “I’m a superstitious person though, and I wouldn’t say it because then it wouldn’t happen.”

But after close to 2,800 votes were tallied, the photo of Victoria and Tyler won out.

“We’ve been married almost six months, and I didn’t think that it couldn’t have gotten any better, but here we are. It’s like the cherry on top of everything,” Victoria said.

The couple had decided to forgo the happy headaches that normally go with planning a wedding and decided on a destination elopement.

They hit upon Montana. Then COVID-19 took hold of the country.

With large crowds not a thing anymore, Victoria said their decision keep things simple appeared the best way to go.

Victoria said they were connected with an “elopement team” in Montana and stayed in a town called Whitefish. They got in on a Sunday, got their marriage license on Monday, were married on Tuesday and stayed through Friday.

“It was the cutest little town that actually had a lot to do,” Victoria said. “But it was still quiet.”

The couple’s “team” included a celebrant, photographer and hair and make-up artists for their photo shoot.

Victoria said while it was beautiful, she did get a bit scared while taking the winning cover shot.

“The wall we are on, there is a straight drop just on the other side of us,” she said. “It is on the side of the road. It was scary, but worth it.”

Victims of anti-Asian attacks reflect a year into pandemic