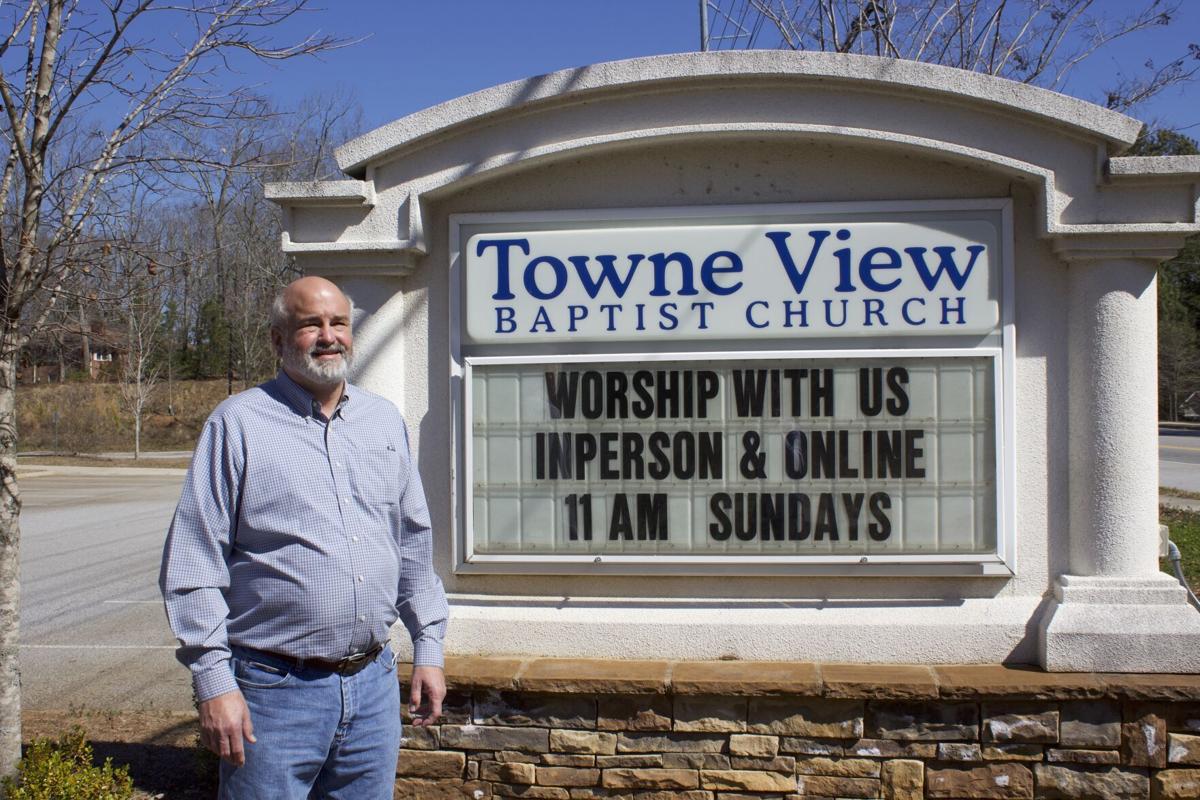 Jim Conrad, pastor of Towne View Baptist Church in Kennesaw, stands in front of the church's sign on Shiloh Road. 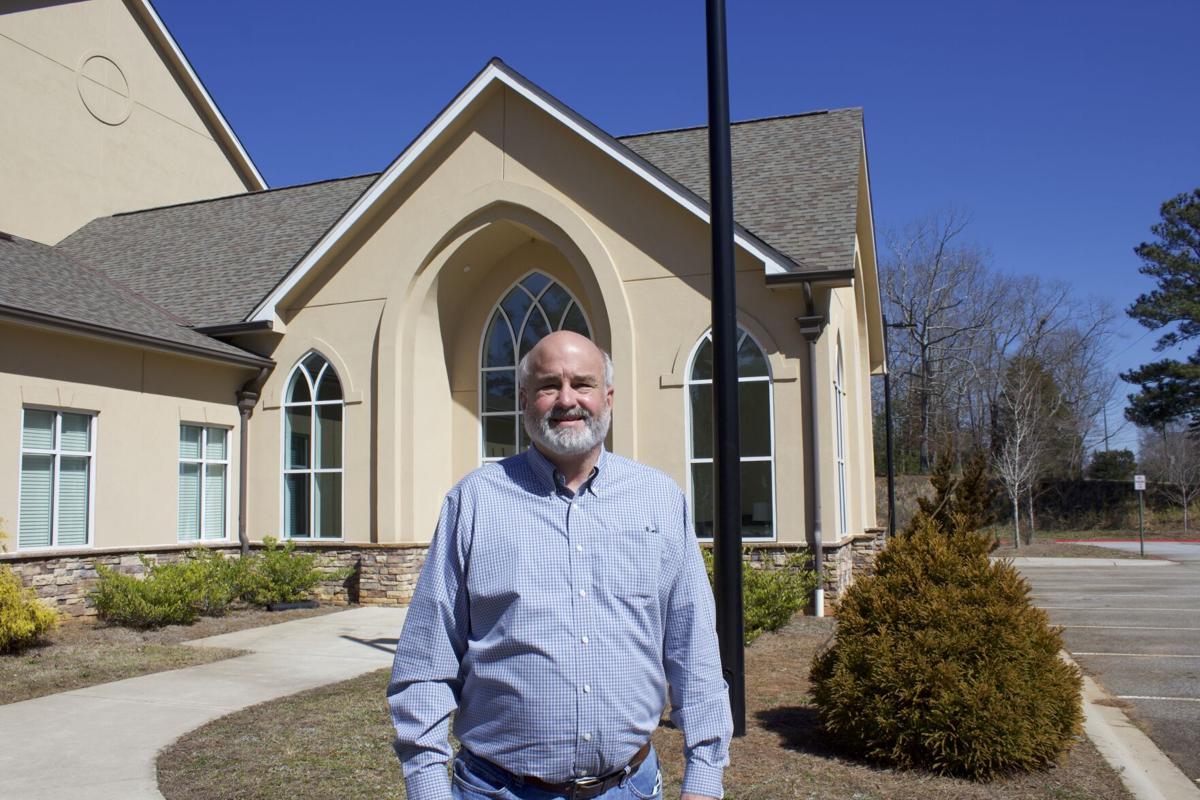 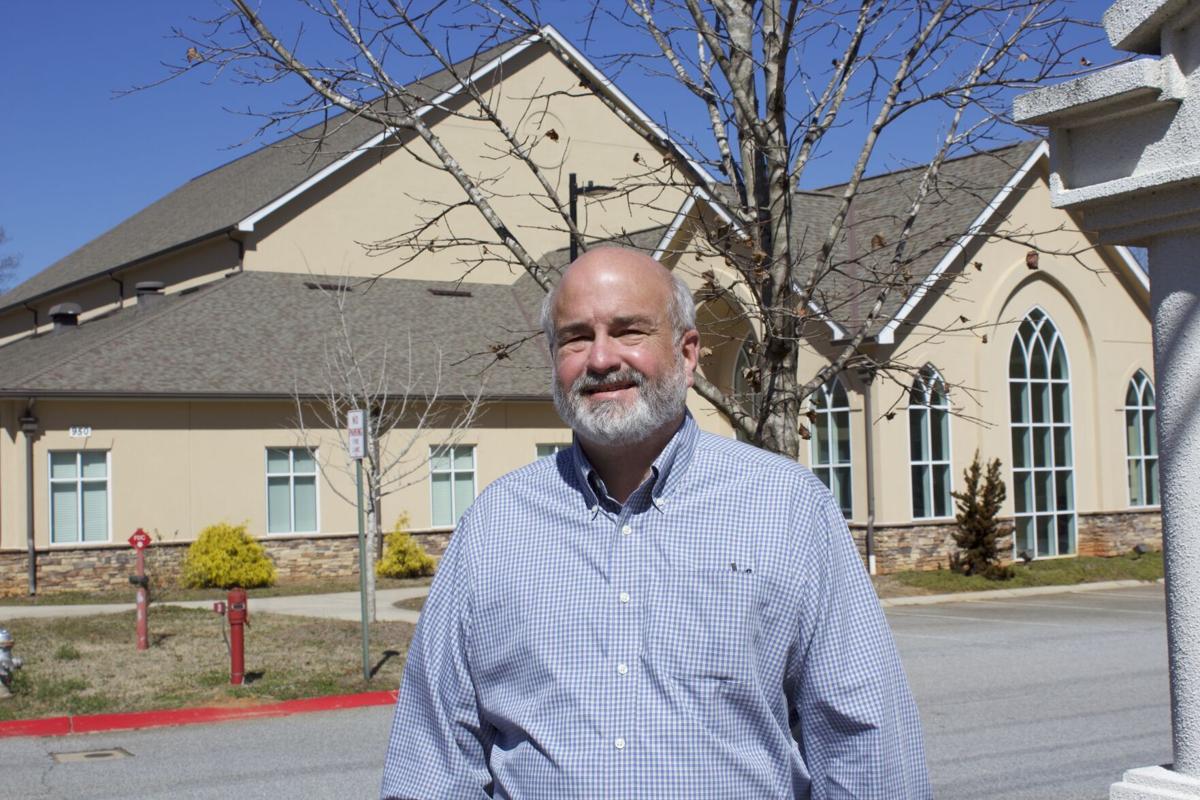 Jim Conrad, pastor of Towne View Baptist Church in Kennesaw, stands in front of the church's sign on Shiloh Road.

KENNESAW — A Kennesaw church learned Tuesday night it had been kicked out of the Southern Baptist Convention, the largest Protestant denomination in the country, for accepting LGBTQ members into its congregation.

“Upon the committee’s inquiry of the church and review of available information the Credentials Committee has determined that the church’s adopted membership and leadership standards affirm homosexual behavior and therefore the church does not have a faith and practice which closely identifies with the Convention’s adopted statement of faith,” the statement reads.

Jim Conrad, Towne View’s pastor of 27 years, said in an interview that the church adopted a statement in fall 2019 accepting LGBTQ people as members. The church expected this decision and has no plans to appeal it, he said.

“We knew when we took the action, that it would not go unnoticed by the SBC … the only surprise is that it’s taken this long,” Conrad said.

The action has no impact on the day-to-day operations, finances or practices of the church, Conrad said. But it does change the church’s identity.

“There is a certain pain that accompanies feeling like your family has said you don’t belong anymore,” he said. “But we see this as a closing of one chapter and an opportunity now to open another new chapter.”

The adoption of the statement was approved in a vote by Towne View’s congregation. The vote came after Conrad was approached by a gay couple with three adopted children who were interested in joining the church. The couple was accepted and got involved in the church, and more LGBTQ members followed.

Congregants split in favor of the statement of acceptance, about 70 percent to 30 percent, Conrad said. Shortly after, the contingent opposed to accepting LGBTQ members left the church.

The exodus of 30% of the congregation was a painful moment for the church, which will celebrate its 32nd anniversary in March. That group was 40-45 people from 20 or so families, Conrad said. The church now has about 125-150 members.

“Folks left, friendships were stretched,” Conrad said. “Folks left that I had baptized, that I had done weddings for, that I had buried spouses (for), (that) I had ordained as deacons.”

Since the church’s inception more than three decades ago, the church has become more ethnically diverse and expanded the roles available to women, ordaining them as deacons and as a minister, as well as having them preach.

“So, in that sense, we’ve been on the margins of Southern Baptist life anyway,” Conrad said.

Other churches in the Southern Baptist Convention have been found to be in violation of bylaws for allowing women in certain leadership roles.

“The bylaws part of the amended Baptist Faith in Message simply says that women may not serve in the role of senior pastor,” Conrad said. However, he added that the bylaw has been stretched to exclude women from other leadership roles as the church became more conservative.

The vote in support of accepting LGBTQ members shows the congregation didn’t see eye to eye with the SBC. What kept the church and its members in the denomination was mostly “a certain sense of denominational loyalty and gratitude,” Conrad said, a product of “institutional inertia.”

The congregation is politically diverse, he noted, saying Towne View tries to provide space for everybody to be welcomed and respected.

“If we’re not careful, then churches can be like the rest of society. And, if we all only consume news from the same source, or only talk to people who agree with us, then there’s really not much growth or learning going on. And churches, conservative and liberal, are guilty of the same thing.”

Conrad argues that acceptance is rooted in Scripture, citing John 3:16, which states that “whosoever believeth in Him should not perish, but have everlasting life.” For Conrad, whosoever means all believers.

Sacrificing their affiliation with SBC to welcome people of all orientations is worth it, Conrad believes. He mentioned statistics about LGTBQ adolescent suicides, particularly among those who grow up in faith communities.

“The church is complicit in that,” Conrad said. “For us to tell people, ‘God made you, but God hates you because of how you are,’ … that’s not healthy, emotionally, physically or spiritually, for them. So, we’re trying to open those doors, and let folks know that there is a place, and that the God who made you as you are is the God who loves you as you are.”

Going forward, Conrad thinks the future is bright for Towne View. He hopes the story of his church, which is attracting national media attention, helps other congregations wrestling with the question of acceptance.

“This little church in Kennesaw, we paid a price to do it,” Conrad said. “But we have found a way to do it. If that can be an encouraging example to others, then we would be glad for that.”