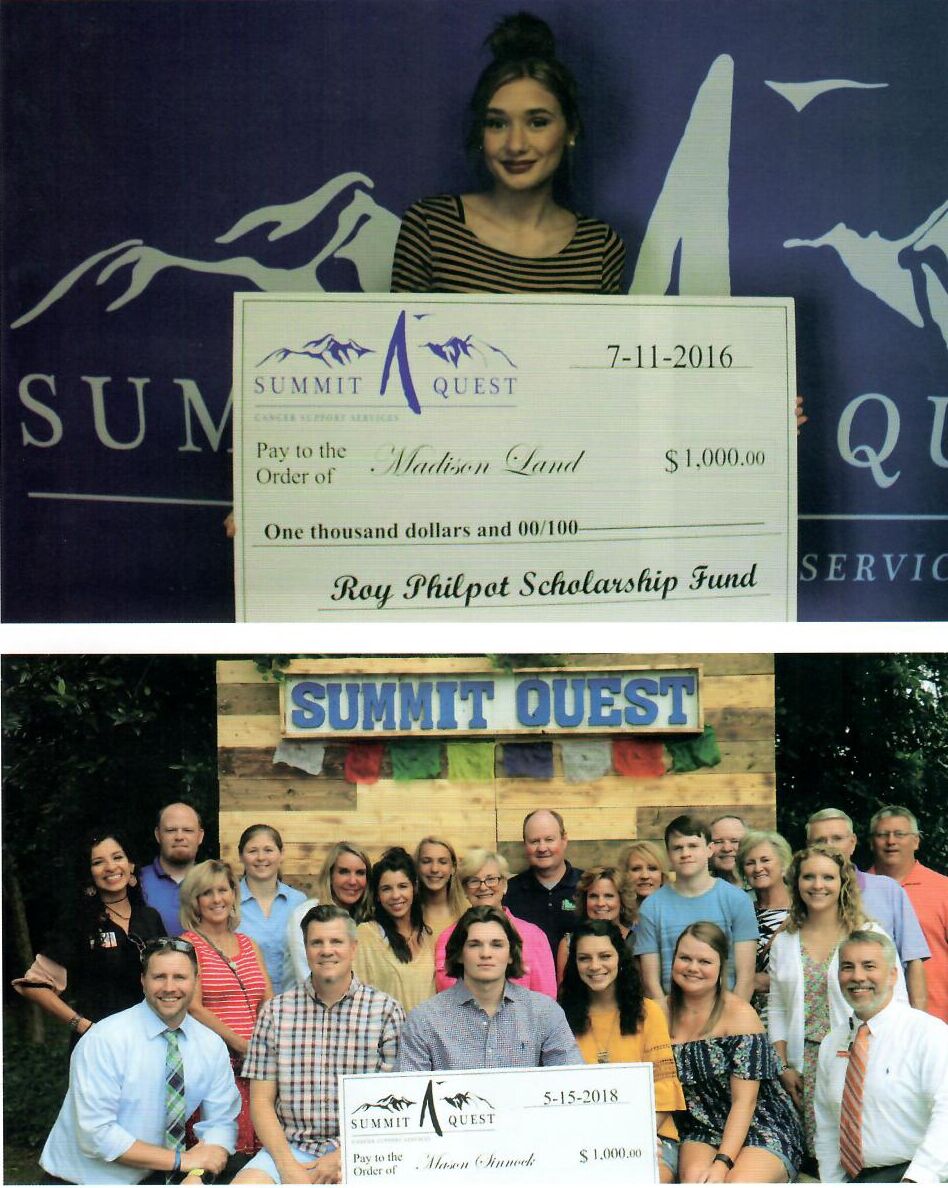 Past Campfire Scholarships have been used to complete college courses as well as trade school certification. Summit Quest’s founder William James said he hopes the scholarships can give someone a little hope and can take some pressure off their families. 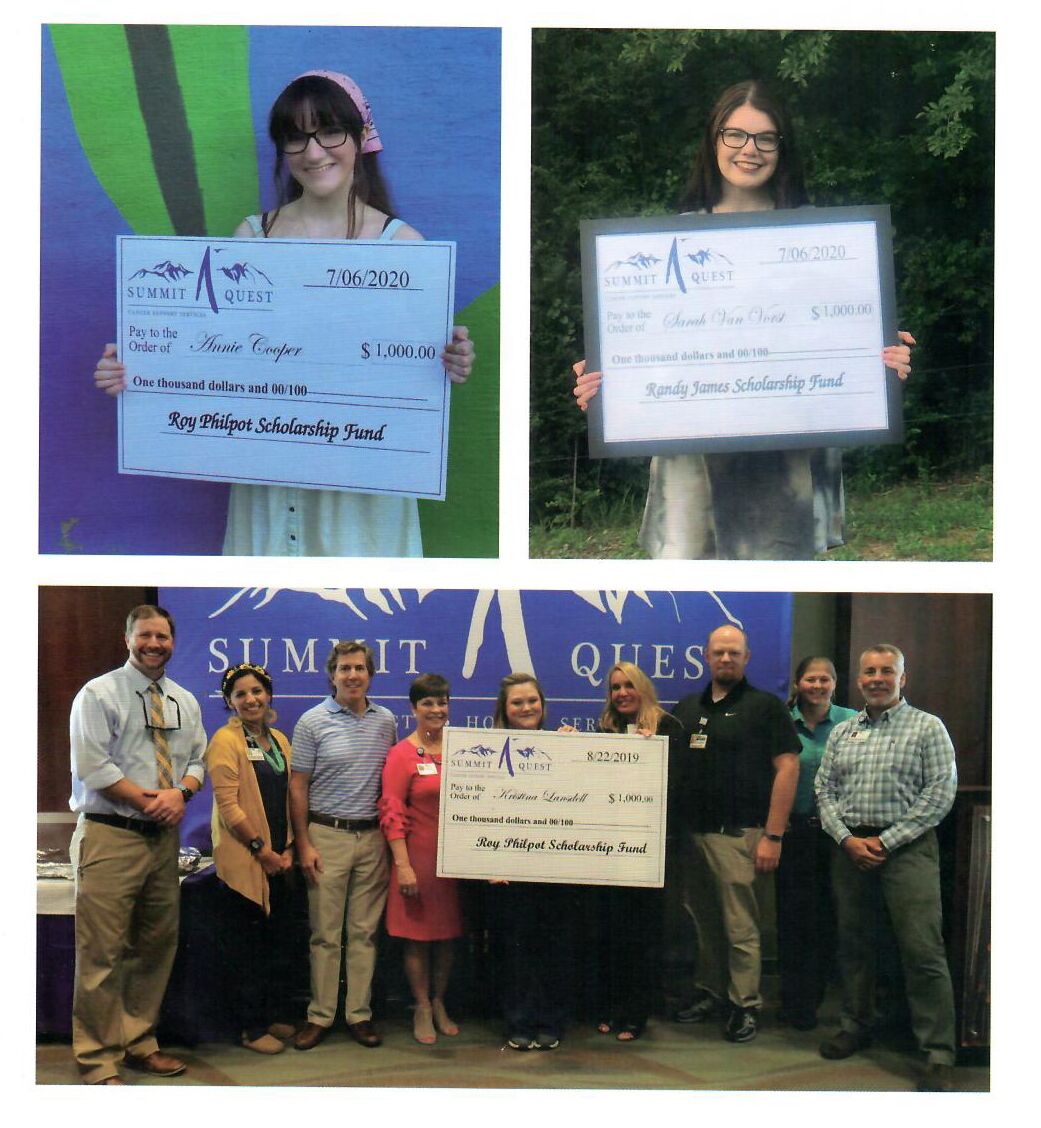 Summit Quest is offering three Campfire Scholarships to locals affected by cancer. The scholarships are given in memory of Roy Philpot, Randy James and Robert “Bobby” H. Mixon. 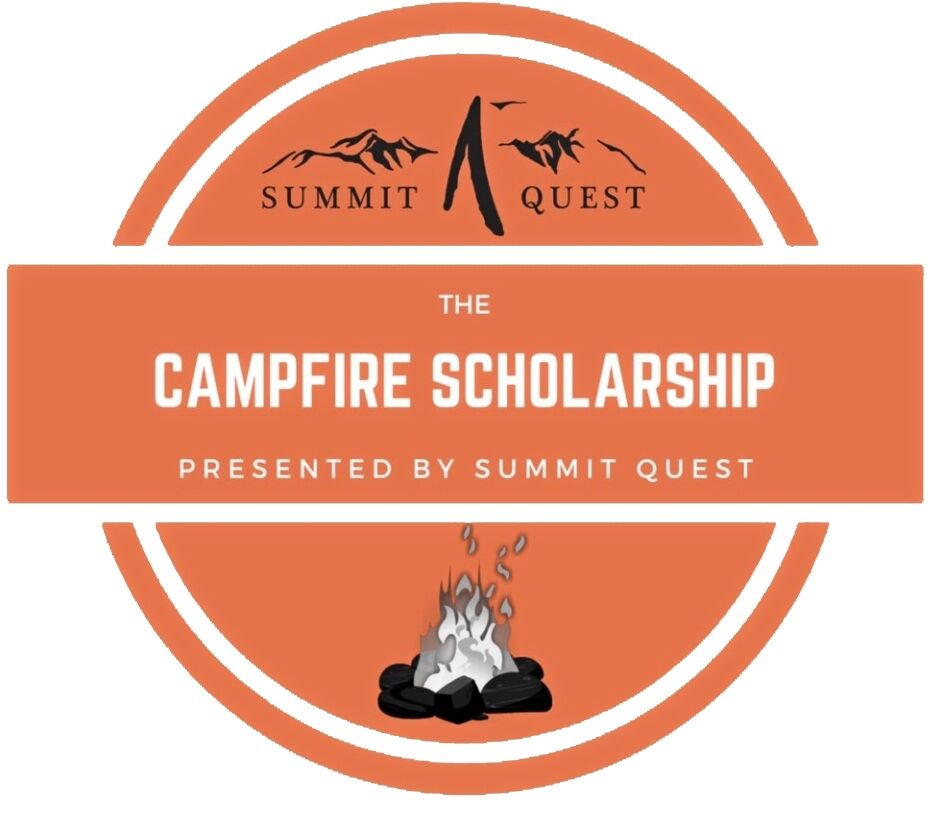 Past Campfire Scholarships have been used to complete college courses as well as trade school certification. Summit Quest’s founder William James said he hopes the scholarships can give someone a little hope and can take some pressure off their families.

Summit Quest is offering three Campfire Scholarships to locals affected by cancer. The scholarships are given in memory of Roy Philpot, Randy James and Robert “Bobby” H. Mixon.

Although it already provides a variety of resources to those affected by cancer, Summit Quest is doing even more, thanks to help from generous local families.

Since its founding in 2010, the nonprofit organization has offered a variety of resources to local families affected by cancer. Moms Moving Mountains, Base Camp Family Retreat and Mountain Men are just some of their programs, not to mention the many outdoor adventures geared toward kids such as canoeing, rock climbing, airplane rides and other fun activities.

But for the last four years, Summit Quest has been doing even more, said its founder William James.

It’s offering three Campfire Scholarships of $1,000 each toward post secondary education for those affected by cancer in some way. Those scholarships can be used toward college classes or trade school.

“It started off with the Roy Philpot Scholarship,” James said. “His family raises money to provide for that particular scholarship.”

This scholarship is given in memory of Philpot whose legacy lives on through the lives of his family members. James said Summit Quest has been blessed to have Philpot’s daughter, Nancy Philpot Ely and the entire family work tirelessly to bring in resources and financial support the scholarship.

The second scholarship is in memory of James’ own father, Randy James who passed away in 2007 after a two-year long battle with cancer. The finding to make this scholarship possible is provided by an annual gift from a private donor in the community.

The third scholarship is in member of Robert “Bobby” H. Mixon, a long-time educator, teaching at Elm Street Elementary for 35 years. He was also a community advocate, offering his support to projects such as Summit Quest, Open Door Home, Boys and Girls Club, Rome and Floyd County Commission on Children and Youth as well as Compassionate Paws.

“Mr. Mixon also worked alongside his best friend, Diane Harbin, to create the ‘Cultivating Young Minds’ gardening program,” James said. This scholarship is made possible b y the financial support of Diane and Banny Harbin.

“The great thing about these scholarships is that they can go to help individuals who have been directly impacted by a cancer diagnosis or a child who’s parents have had cancer,” James said. “We hope it encourages them and takes a little pressure off their family.”

And the recipients don’t necessarily have to be young people, James emphasized.

He noted that the very first recipient of a Campfire Scholarship lost her mom to cancer and is now completing her studies to be a dental hygienist.

Another recipient used his scholarship to help complete a lineman program and another is working at Harbin Clinic while she completes her education.

“The other great thing about the scholarships is that they don’t take away from our program funding,” James said. “These scholarships are all individually funded so it doesn’t subtract from any of the other resources and activities we get to offer our local families.”

The name “campfire,” he said, comes from the idea that the individuals in whose memory the scholarships are given, are acting as embers that ignite new, brighter flames, giving light to their community.

“It falls in line with Summit Quest’s pillars which are strength, hope and service,” he said.

The scholarships are $1000 each and recipients will be selected by a committee made up of Summit Quest board members and at least one community representative.

James said the organization welcomes individuals or businesses who would like to sponsor or donate toward a future Campfire Scholarship.

For any questions about the scholarships or the organization, visit online at www.mysummitquest.org or search “My Summit Quest” on Facebook.