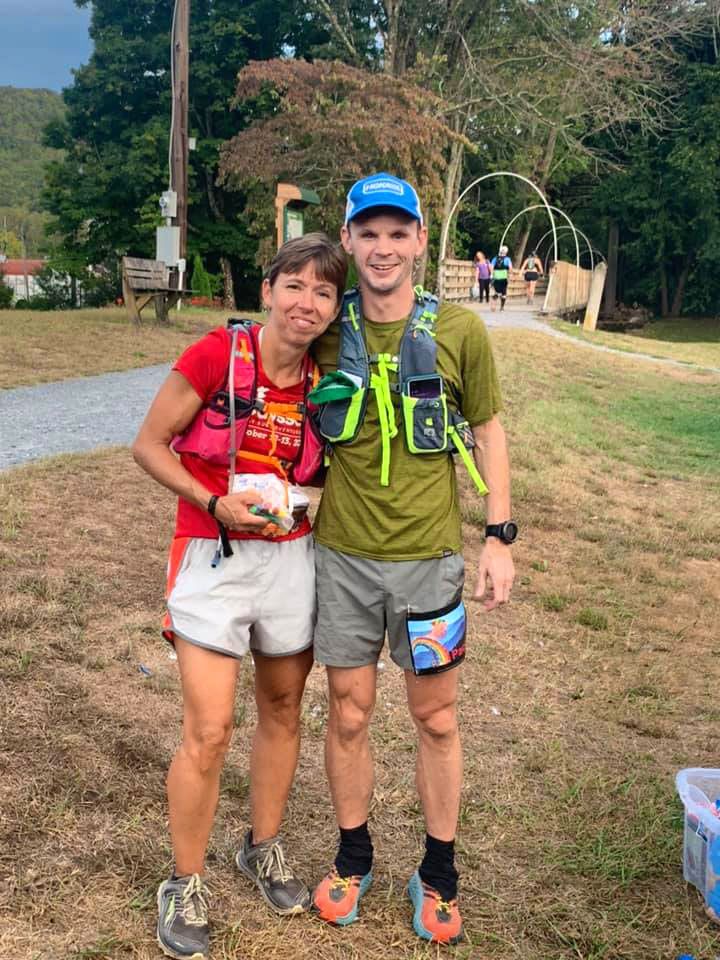 Terra Turner and Justin Strickland have formed a unique friendship. It’s based on love and respect but also on support through the toughest of times. The two are ultra runners, taking on races of 50, 75 and even 100 miles. They support each other through some of their most grueling and challenging adventures. 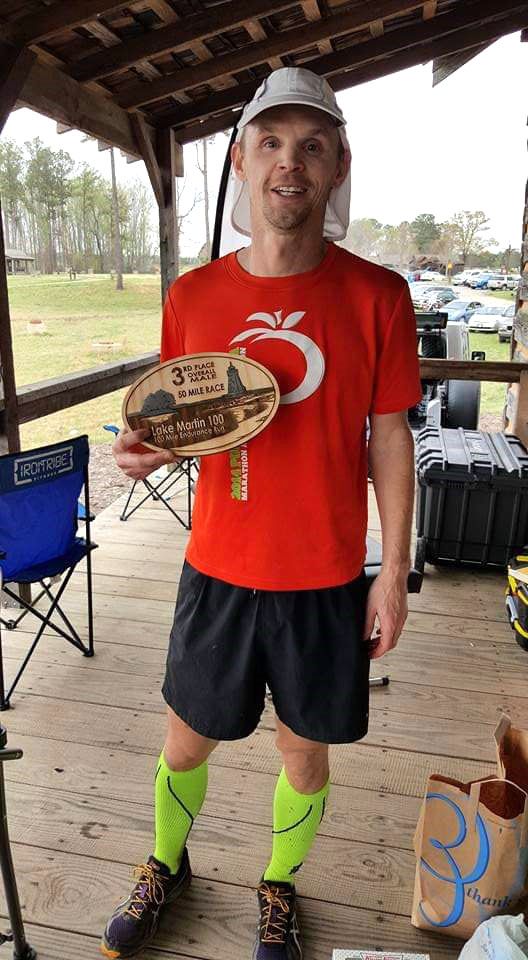 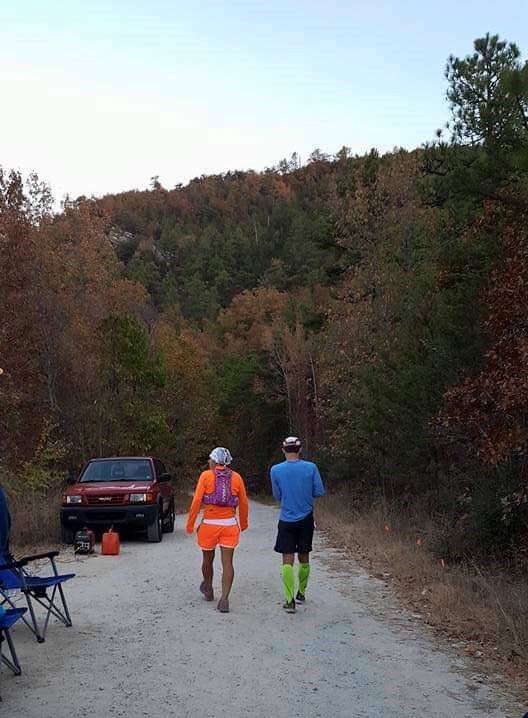 Terra and Justin say just having each other on the trail for support makes a huge difference in their race performance. 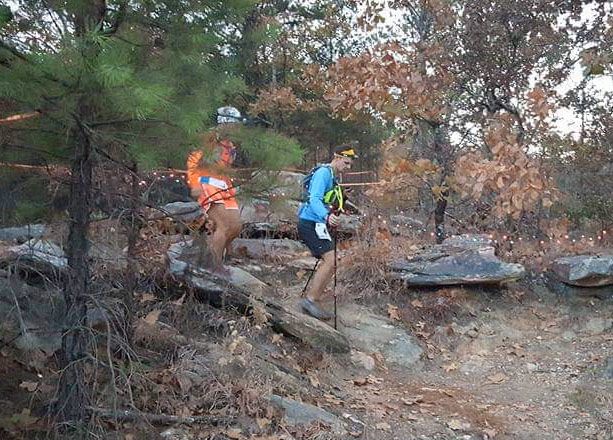 This is the race at which Terra and Justin first met — the Pinhoti 100 miler. 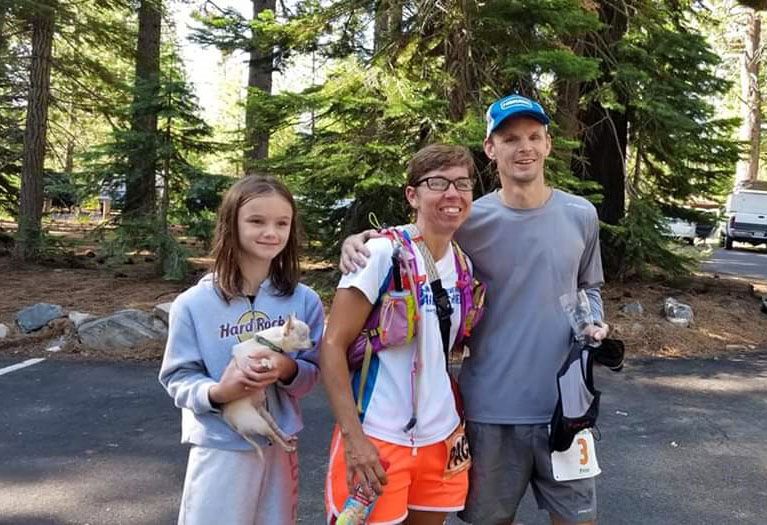 Justin and Terra at the finish of the Tahoe Rim 100 miler at Lake Tahoe. Also pictured are Justin’s daughter Sophie and Terra’s dog Olive.

Terra Turner and Justin Strickland have formed a unique friendship. It’s based on love and respect but also on support through the toughest of times. The two are ultra runners, taking on races of 50, 75 and even 100 miles. They support each other through some of their most grueling and challenging adventures.

Terra and Justin say just having each other on the trail for support makes a huge difference in their race performance.

This is the race at which Terra and Justin first met — the Pinhoti 100 miler.

Justin and Terra at the finish of the Tahoe Rim 100 miler at Lake Tahoe. Also pictured are Justin’s daughter Sophie and Terra’s dog Olive.

Hobbies bring people together. Friendships are formed when folks find others who share in the things they enjoy doing.

Justin Strickland and Terra Turner support each other in a way many people will never understand. That’s because they are both passionate about running distances most people would never attempt. They’re ultra runners. They compete in races of up to 100 miles or more, often on rugged terrain and in sweltering or freezing conditions.

They push themselves to their physical limits and they do it often. Though they had never met prior to a few years ago, they have now developed a deep friendship that is based on respect, mutual admiration and support.

Now 42 years old, Justin (a pharmacist) began running as a hobby and for exercise when his daughter was born in 2007.

“I saw running more as a way to control weight and/or body sculpting,” he said of that time. “I started running seriously in 2015. This was my first year with a total annual mileage over 2,000 miles.”

But it wasn’t until 2016 that Justin started actually training for specific races. He wanted to run the Boston Marathon in 2017 and was attempting his first 100-mile race in September of that year.

He soon discovered there were people who ran distances longer than a marathon (26.2 miles). He watched a Netflix film called “The Barkley Marathons,” about a strange and grueling event, an ultra-marathon trail race held in Tennessee each year. If runners complete a 60-mile “fun run” through the woods, they get to run the real 100-mile course. The race is limited to a 60-hour period. Justin became obsessed with qualifying for that race.

“I Googled ‘ultra marathon’ and figured out there were basic distances,” Justin said. “A 27-miler is considered an ultra fun run but it went to 50k, 50 miles, 100k and 100 miles. The other thought I had was that I’d never run the Barkley but I sure would like to run a 100-miler. So I found a relatively close 50-mile race in March 2016 and signed up thinking it would be my step to completing a 100-miler.”

He did complete his first 100-miler (on the Pinhoti Trail) and that changed something in him. It made him think that somehow he could do anything he set his mind to doing.

Terra Turner, a vet tech, was impressed with a coworker’s running exploits in 2005. She was fascinated by the distances he was covering – the challenge of it. She decided to give it a try and has been running seriously ever since. Here first ever race was a 5K in which she placed second in her age group. She was hooked.

“I decided I wanted to run a full marathon and someone told me that I had such a hard time with the half that I’d never be able to do a full marathon,” she said. “That’s all it took to motivate me and in 2008 I completed my first marathon. After that I realized that I enjoyed the longer distances. I ran a couple of shorter trail races and discovered I loved trail running.”

From there she found that ultra distances were perfect for her because most of those were on trails. She ran her first 50K in 2014 and continued to push herself – physically and mentally.

“I love the feeling of accomplishment when your mind has to convince your body that it can continue when it wants to quit,” she said. “The other thing I love about long distance running is that you can explore the world. You can set out on a training run and try new trails and areas you’re not familiar with because you will likely be running for several hours. If you get lost you have plenty of time to find our way out or turn around and backtrack.”

Justin and Terra met after a mutual friend told Justin about someone who ran ultras.

“He sent me a message asking if I would pace him in a 100-mile race he had coming up,” Terra said. He explained that he knew it was weird to ask me but that no one he knew ran this kind of distance. I had never paced anyone before so I was a little nervous about it but ultimately agreed to help.”

So the two literally met for the very first time around midnight somewhere in rural Alabama.

“His wife picked me up and took me to meet him at an aid station and off we went,” Terra said.

The years and miles that have followed have seen the pair challenge themselves individually and as a team. Sometimes they run alone, and sometimes they support each other on the tougher, more grueling runs. Having a partner to pace you or having someone who understands what you’re going through can make all the difference in completing a tough race.

Terra has run several 50Ks, three 50-milers and one 100-mile race. She said her proudest achievement is completing the 100. It’s been her goal for years and she wasn’t sure she’d ever be able to do it. Justin has run a 100-mile distance six times including Tahoe Rim which runs around Lake Tahoe. He ran a sub-40 Peachtree Road Race last July.

But although their individual achievements offer their own rewards, both Justin and Terra say that their friendship has been one of the best things to come out of their running.

“Having someone like Justin as a friend for me is invaluable,” Terra said. “I know that I can ask him to travel across the country to help me in a race and if it’s at all possible for him, he’ll be there. That works both ways. I had no idea what to expect the night I went to meet him and run with him for the first time. From the minute we stepped onto the trail it was easy. We talked about everything from politics and religion to medicine and dogs. We solved a lot of the world’s problems that night. You really can’t understand the intimate friendship you develop with someone when they are suffering through such a physical endeavor until you experience it firsthand. And maybe it’s not the same for everyone but we formed a pretty instant bond.”

Justin says he and Terra are polar opposites and he’s grateful for that. She brings him a sort of peace and confidence that directly affects his performance during races.

“I blame my race failures mostly on a loss of patience, nothing physical,” he said. “But somehow if she’s at my race, I am much more calm and patient, even if I start to get anxious, seeing her or having her on the trail with me resets everything and I am good to go. I enjoy running with her no matter if it’s her race or mine. I think Terra has to be one of the most generous people alive. I just love being in her presence. I feel like I receive a calm, positive energy when I’m around her. She also hears a lot of my deepest, craziest thoughts and she hasn’t abandoned me yet.”

If a friend is someone who sticks by you during the tough times, then Terra and Justin have found true friendship. Not many people understand the pain and the joy of running the distances they do. And not many people can stick by you when the road gets rocky (literally). But they know they can depend on one another, no matter what the miles might bring.