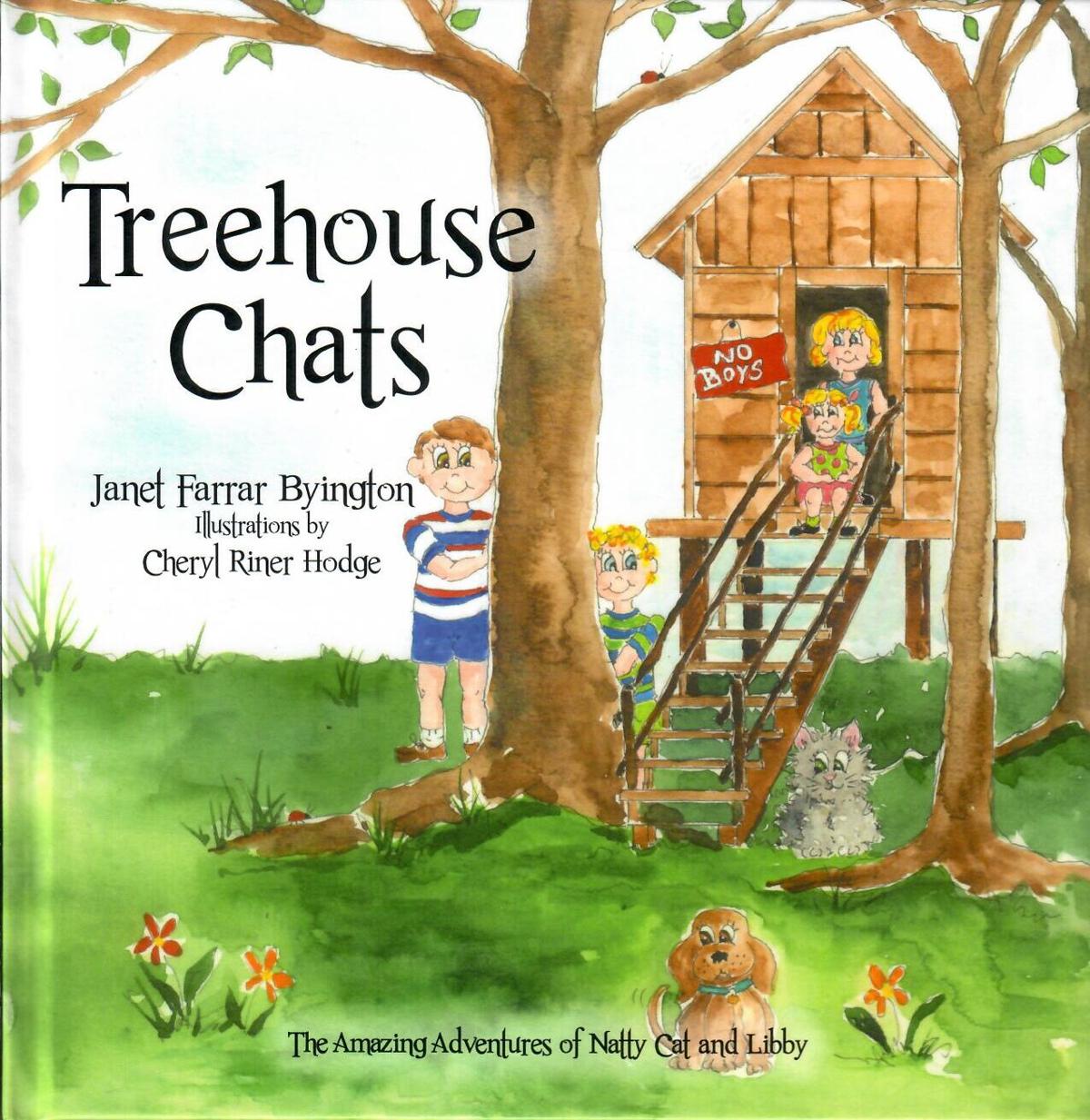 In her new book “Treehouse Chats,” Janet Farrar Byington teaches kids a valuable lesson in kindness and respect through the eyes of her young characters. 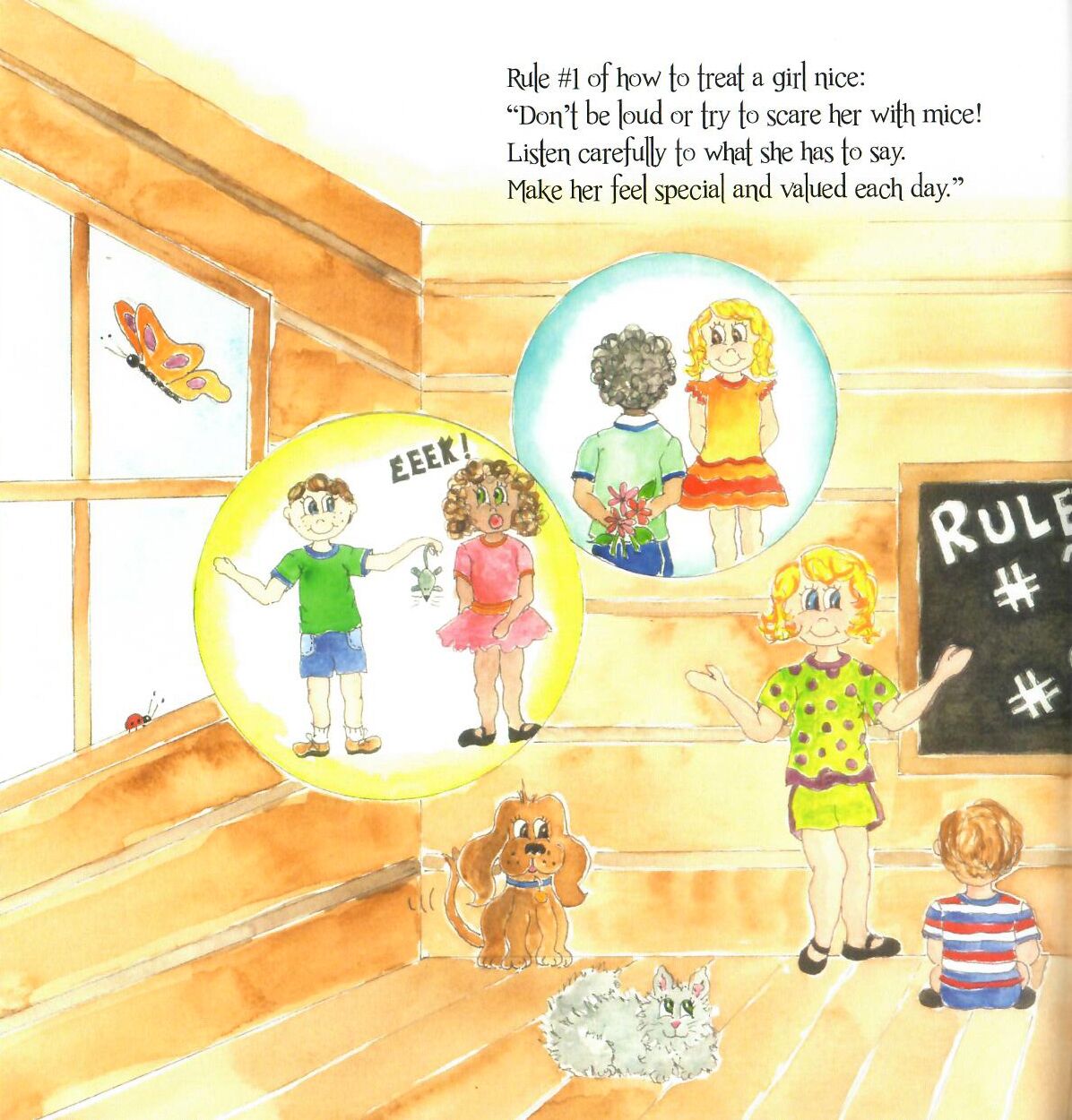 In her new book “Treehouse Chats,” Janet Farrar Byington teaches kids a valuable lesson in kindness and respect through the eyes of her young characters.

The last time Rome and area residents saw two little girls named Natty Cat and Libby, they were teaching other girls that they could achieve anything they set their minds to.

Natty Cat and Libby are characters in a series of children’s books by Janet Farrar Byington with illustrations by Cheryl Riner Hodge.

In the first book of the series, “I don’t Wanna Wear a Crown,” Natty Cat and Libby learn not all girls want to be princesses. And that’s ok. Some want to be doctors and astronauts, teachers and firefighters as well as whole lot of other professions. Girls can be anything they want to be.

Now the girls are back.

In “Treehouse Chats,” we see Natty Cat and Libby loving their treehouse. It’s usually off limits to boys. But the girls’ brothers Matthew and George want to play too. After some thought the girls decide the boys are allowed in their treehouse but only if they follow some very important rules.

The preface of the book reads: Although this book was initially written to teach our grandsons — and all little boys — how to have mutual respect for girls, we also hope it helps little girls understand how to be kind to boys. We hope this book will help teach all children how to treat each other with kindness and love.

With colorful illustrations by Cheryl Riner Hodge, the story takes place in a town called Rome where Natty Cat and Libby love the play. But unfortunately there are “yucky” boys all around. So the girls make for their treehouse where boys aren’t allowed.

But their brothers want to play and the girls know the right thing to do is to share their treehouse. But the boys must follow the rules. As the pages turn, readers (kids and grownups alike) learn the rules of playing and sharing along with the boys. The learn about listening, encouraging, compassion and most of all respect.

“This was more geared to the little boys, their little brothers, to teach them to respect girls,” Janet said. “But it’s also about respecting each other. It’s a good lesson to learn today.”

Janet said she thought setting the book in a treehouse was a way of putting the characters in a space that was their own, where they could make the rules. And in doing so, they could learn about respect and boundaries and listening to one another.

Both Janet and Cheryl worked on all aspects of the book together. They both worked on the storyline, as well as the concept for the illustrations that bring the book to life for readers of all ages.

A book signing for “Treehouse Chats” will take place today from 1-6 p.m. at Rabbit’s Nest located at 215 Broad St. Books can be preordered on www.amazon.com and will be on sale at several area bookstores. They can also be ordered by emailing janetrome@bellsouth.net.