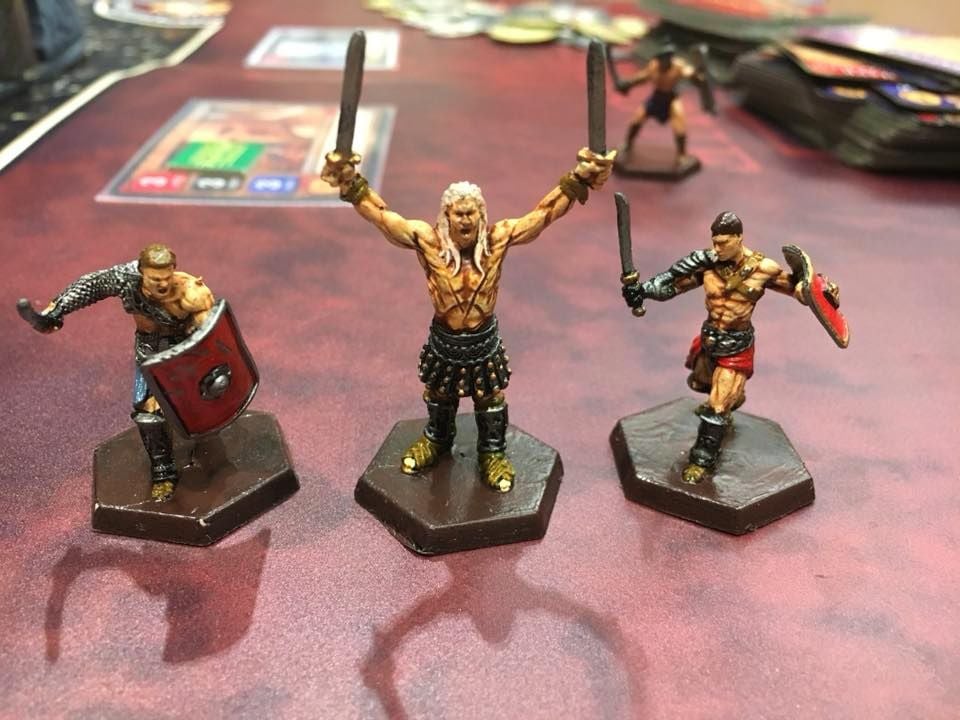 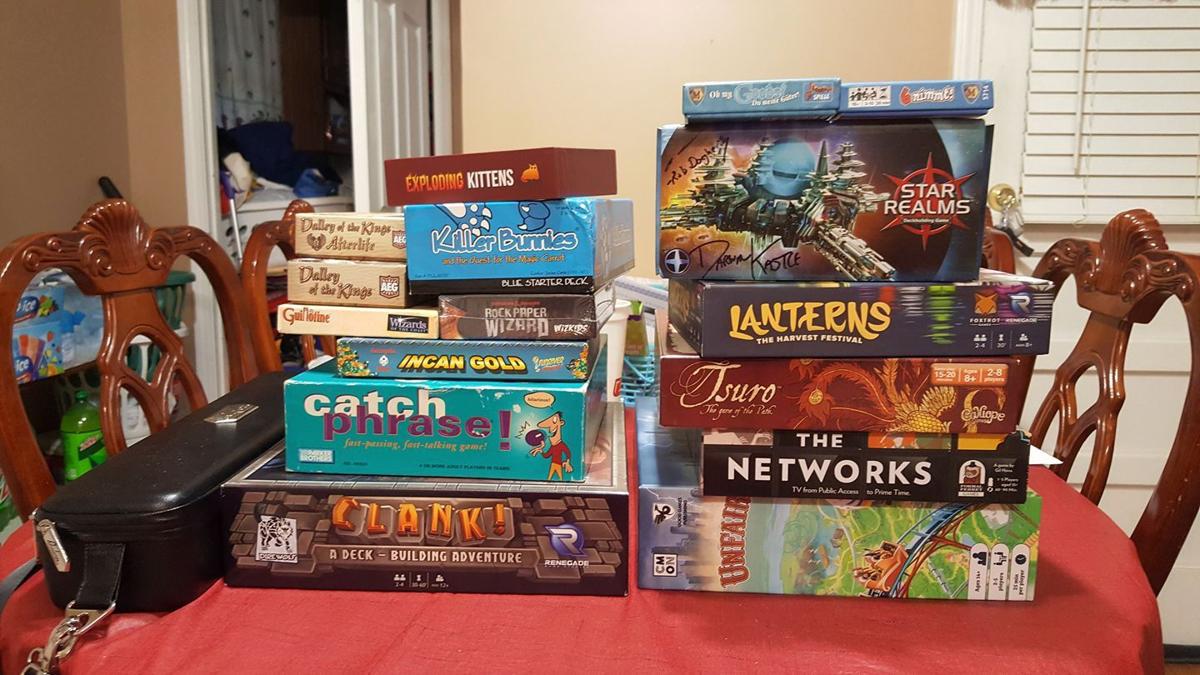 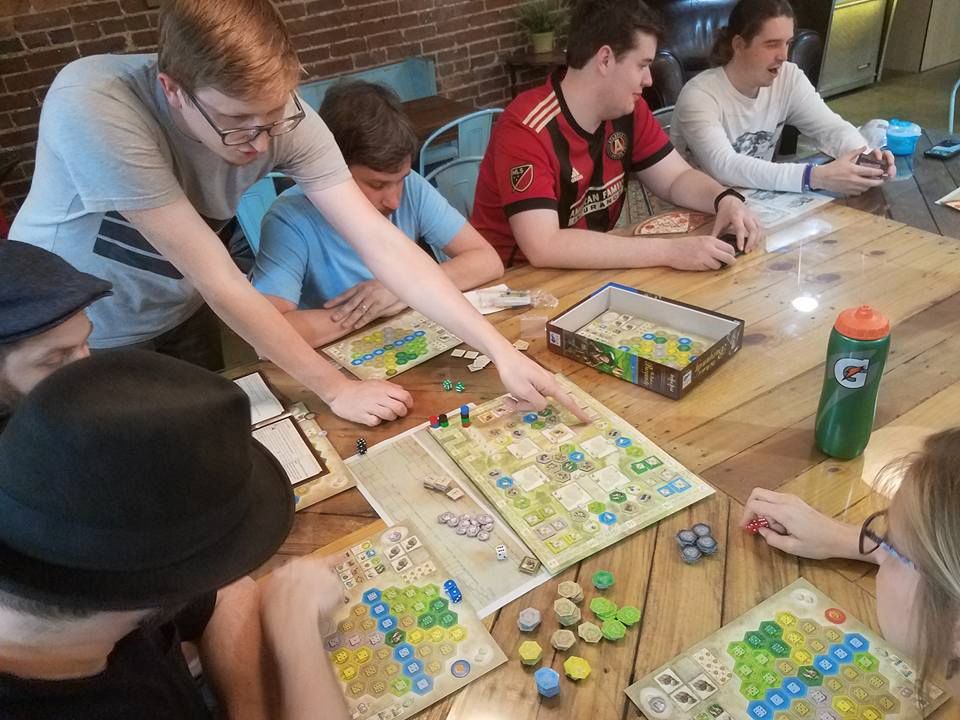 On the last Saturday of each month, members of the Rome Board Gamers Club get together at the City Creamery on Broad Street to play a variety of games. 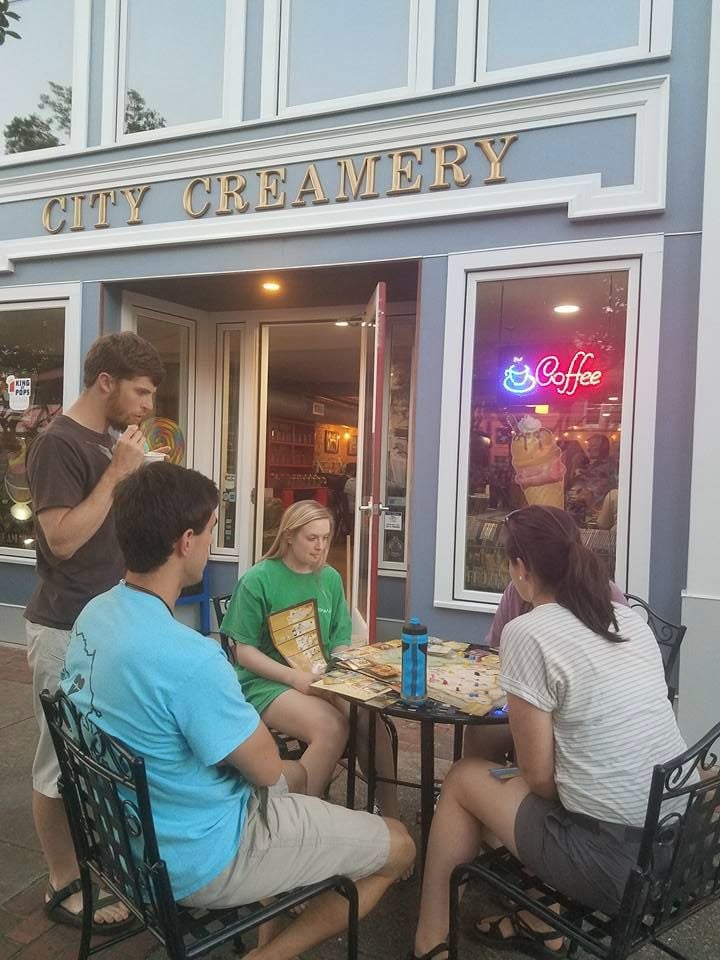 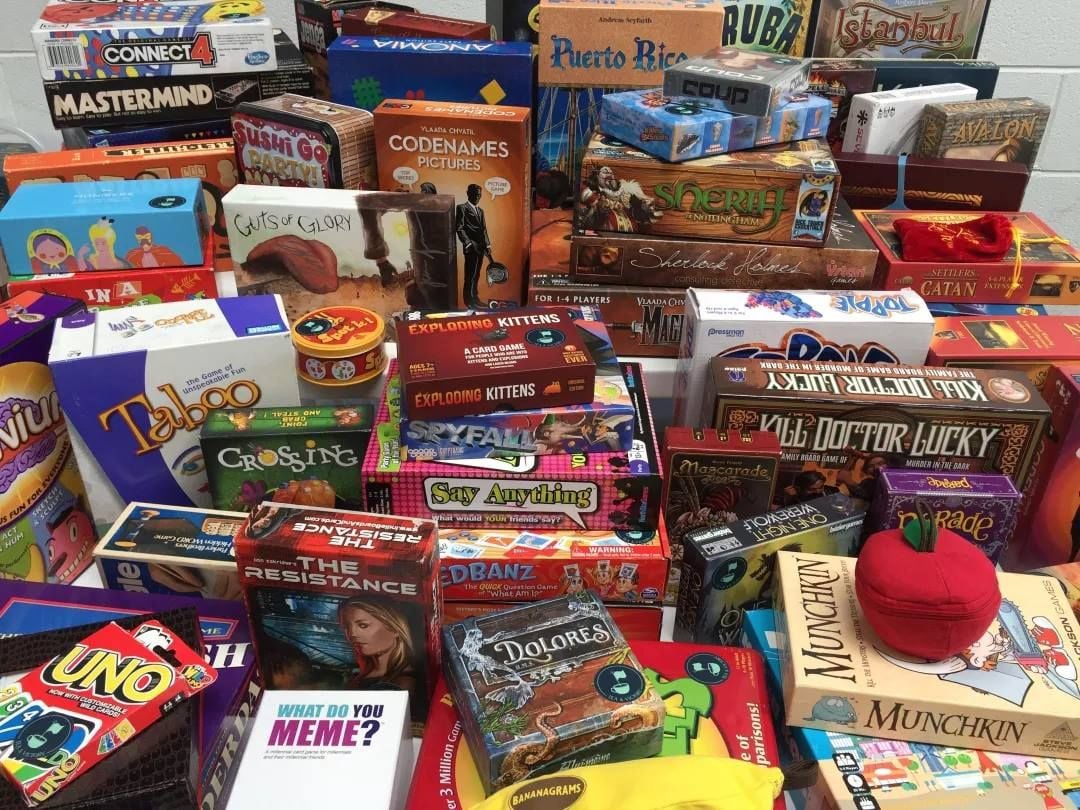 Group founder Brad Ely said he owns more than 200 games and brings anywhere from 20 to 30 games to each monthly meet-up. However, members are free to bring any game they choose and all are invited to attend the game nights or join the “Rome Board Gamers” group on Facebook.

On the last Saturday of each month, members of the Rome Board Gamers Club get together at the City Creamery on Broad Street to play a variety of games.

Group founder Brad Ely said he owns more than 200 games and brings anywhere from 20 to 30 games to each monthly meet-up. However, members are free to bring any game they choose and all are invited to attend the game nights or join the “Rome Board Gamers” group on Facebook.

On the last Saturday of each month, a crowd gathers at the City Creamery on Broad Street. They’re here to play board games. And there are lots to choose from.

The Rome Board Game Club has been around since 2016 when Brad Ely started a group for folks who liked playing board games. Initially it was on the meetup.com platform.

Ely confesses that one of the main reasons for even starting the group was that he loves board games so much he’s amassed more than 200 different games that were just sitting around in his house. His wife threatened to get rid of them if he didn’t find a way to use them and to share them with others.

“I started this before my daughter was born,” he said. “We were on that platform because it could connect people and we’d meet at places like Tang’s Garden and Hardees once a month to play games and hang out.”

Then Ely took the group to Facebook creating the “Rome Board Gamers Club” page which appears to be a hit. There are more than 200 members of the Facebook group. And on the last Saturday of each month anywhere from 10 to 25 people go to the City Creamery to play board games.

“I have about 200 games and on any meet-up night i’ll bring about 20-30 games,” Ely said. “Everyone is welcome to bring the games they want to play. I just make sure to bring a bunch so people can choose from a wide variety.”

And the games come in all formats. Some are run-of-the-mill board games many will have heard of, while others are are “Euro games” which are also called German-style board games — a class of tabletop games that generally have indirect player interaction and abstract components.

“The last game night was the first time we’ve had anyone play monopoly,” Ely said. “We play all types. Carcassonne (a tile placement game) is pretty popular and so is Ticket to Ride and Sagrada. But we are open to all sorts of board games and people are free to bring games they like. And even though I have a ton of games, there are still new games I learn about each week.”

Ely said on various meet-up nights he might see up to five games being played concurrently. He’s played up to 10 games in one night.

“There’s almost always more than one game going on,” he said. “We start at about 4 p.m. We sit down and start playing and as people show up they join in or start their own game. Toward the end of the night we’ll get a big group games going, a big social-event games like Werewolf with 12 players.”

When the group started years ago, Ely said there were about five or six friends who’d participate. Now with over 200 members of the Facebook group, he’s hoping they can secure another location for a second meet-up so members can get together twice a month.

On the Facebook page, members discuss new games, swap stories, welcome new members, connect with existing game groups and simply socialize with others who are interested in all things board game-related

“And of course through the Facebook page people connect and organize their own game nights at their homes,” he added.

The group is open and anyone is welcome to join. They can join the Facebook page or simply show up to the monthly meet-up on the last Saturday of the month at the City Creamery on Broad Street starting at 4 p.m.

“Most of our members are from Rome but we’ve had several people from Alabama show up or just folks who are visiting from out of town for the weekend and want something fun to do,” Ely said. “This is all about fun and sharing my love of board games with other people.”

For more information or to join the group, search “Rome Board Gamers” on Facebook.

Alexie, Pilkey books among most 'challenged' of past decade

In leaders' UN videos, the backgrounds tell stories, too

Q&A: How to handle technology issues with online school

How to watch the first Presidential Debate of 2020

New arrivals for the Wednesday, Sept. 30, 2020 edition of the Standard Journal