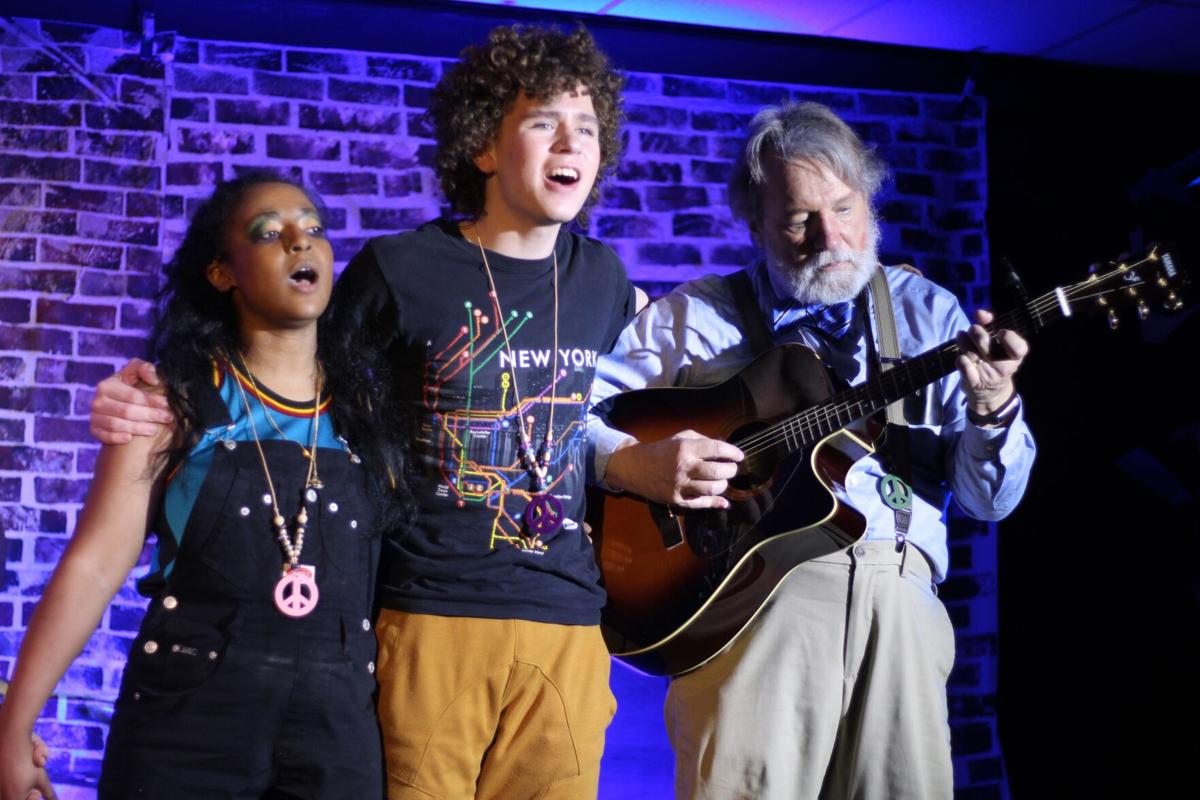 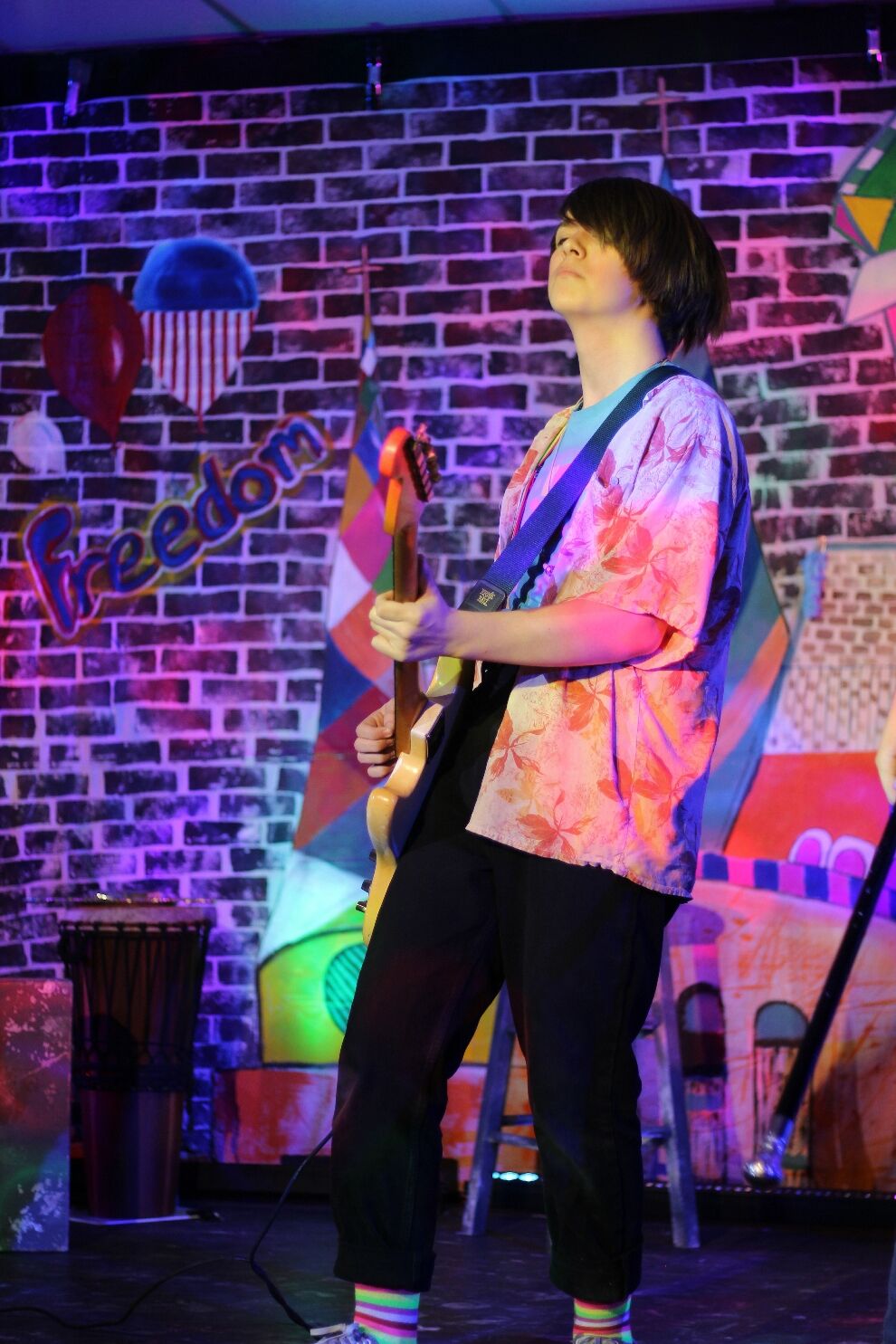 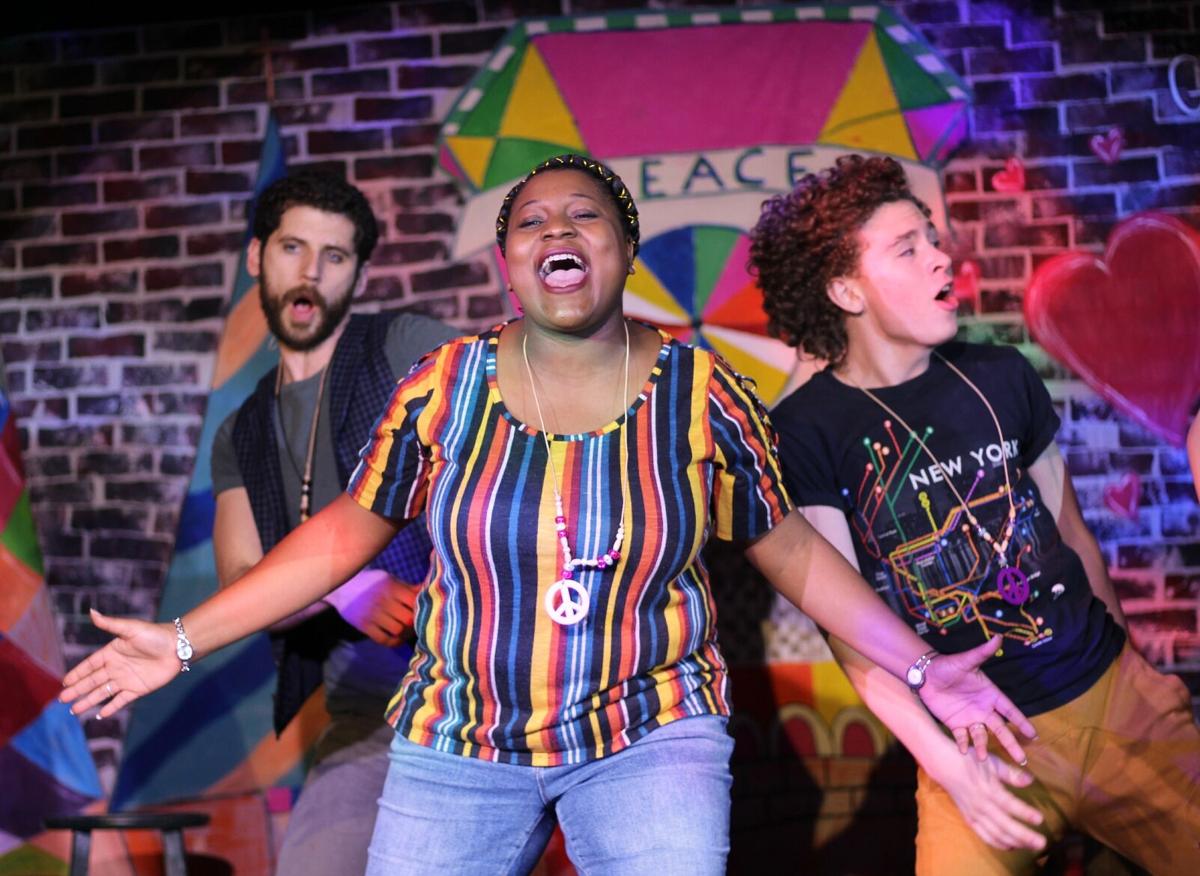 Hoyt Mangrum, Dsiree Whatley Green and Isaac Brackett in a scene from the initial run of Rome Shakespeare Festival’s “Godspell.” The show returns to the River Arts District Playhouse Aug. 28, 29, 30. 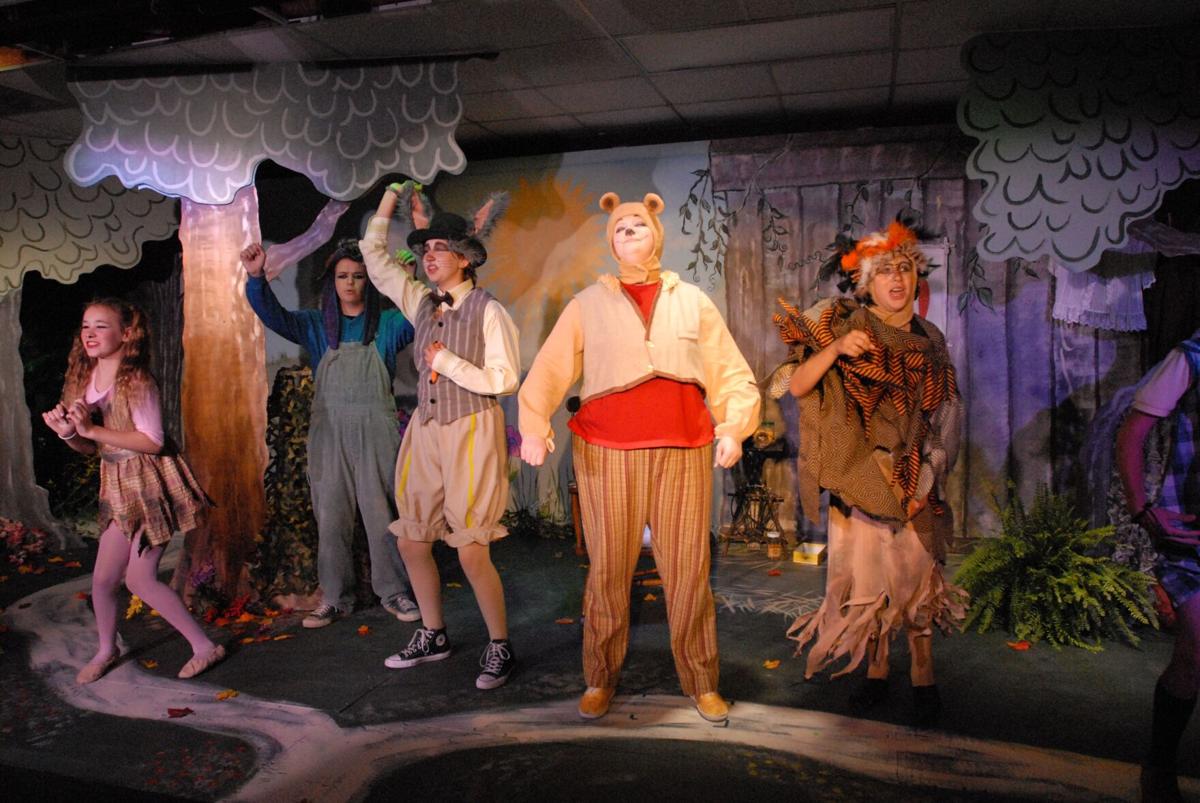 The cast of Rome Shakespeare Festival’s “Winnie The Pooh.” 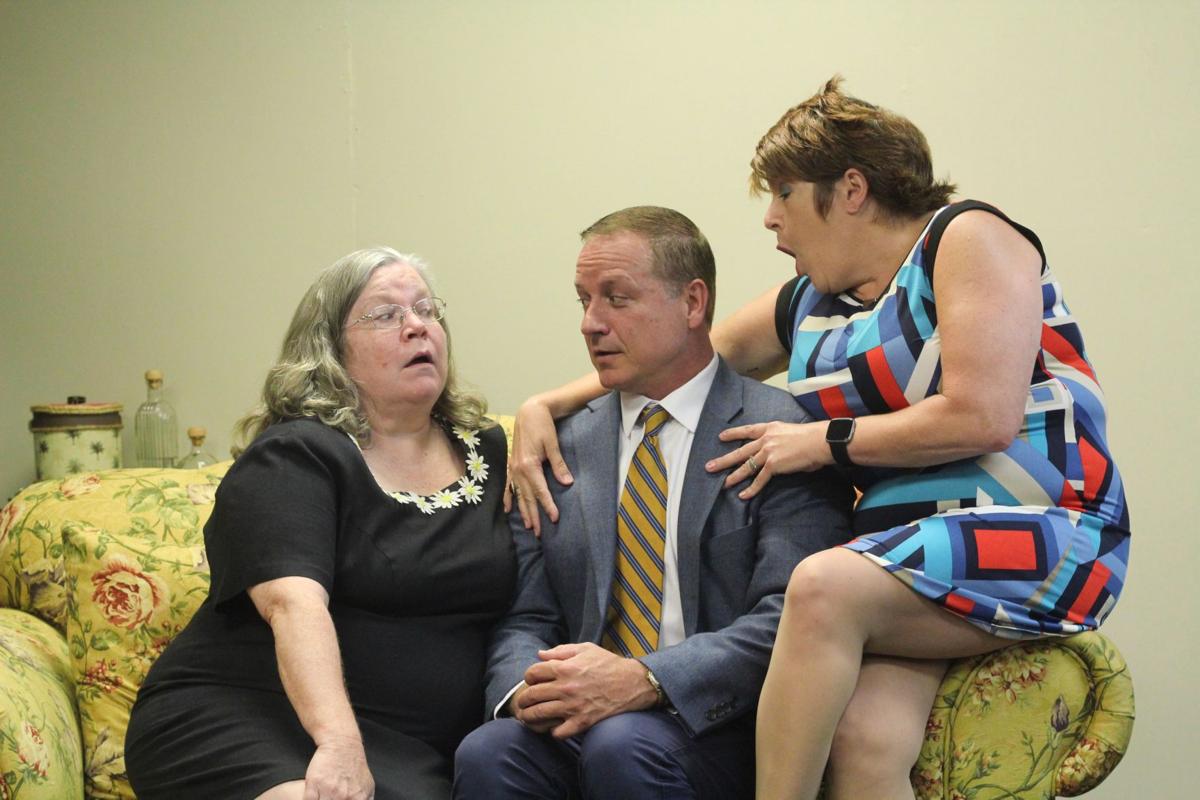 Actors in a scene from Rome Shakespeare Festival’s production of “The Odd Couple.” The show did well considering covid restrictions and Festival staff hope Rome residents will continue to support upcoming productions.

Hoyt Mangrum, Dsiree Whatley Green and Isaac Brackett in a scene from the initial run of Rome Shakespeare Festival’s “Godspell.” The show returns to the River Arts District Playhouse Aug. 28, 29, 30.

The cast of Rome Shakespeare Festival’s “Winnie The Pooh.”

Actors in a scene from Rome Shakespeare Festival’s production of “The Odd Couple.” The show did well considering covid restrictions and Festival staff hope Rome residents will continue to support upcoming productions.

At a recent production of Rome Shakespeare Festival’s “Winnie The Pooh,” the cast of young actors performed for an audience of just six ticketholders.

Covid restrictions have hurt many local businesses and organizations, particularly the arts which rely on ticket sales and large audiences.

But the young actors in “Winnie the Pooh” performed with enthusiasm and with the energy they’d muster for a packed house.

That’s the attitude the staff and actors of Rome Shakespeare Festival has taken over the last few months. These are tough times, especially for an organization that depends heavily on a crowded playhouse. But the show must go on.

Since the onset of covid restrictions, audience numbers have fluctuated. “The Odd Couple” did very well while attendance was low for “Winnie the Pooh.”

Director Tracy Helriegel expects good numbers for the second run of “Godspell” Aug. 28-30. The show opened just as the pandemic hit which interrupted its second weekend. But now it’s back.

The show is based on the gospel of Matthew. It features a comedic troupe of eccentric players who team up with Jesus to teach his lessons in a new age through parables, games and tomfoolery. It features the hit “Day By Day” as well as an eclectic blend of songs ranging from pop to vaudeville.

“Godspell is about a group of individuals who actually become a community through the teachings and parables of Jesus,” Helriegel said. “It very much talks about building of the community and supporting each other despite our differences. That’s really applicable to what we’re going through today.”

Performances are scheduled for The RAD Playhouse on Aug. 28, 29, 30. The RAD Playhouse, located at 233 North Fifth Ave., just off Broad Street, is limiting seating to 32 due to social distancing.

Gail Deschamps, the founder and artistic director of Rome Shakespeare Festival seems undaunted by the bleak outlook for many local arts organizations. Despite many arts events and performances being postponed, canceled and rescheduled, she says her organization has been lucky.

“We were lucky to open with ‘Voices of Color’,” she said. “Black Lives Matter became a huge protest across the country and we were approached about doing ‘Voices of Color’ in the theater. People wanted Black and Latino artists to talk about their experiences. It was an unbelievable evening in the theater. And it opened the playhouse for us. That led the way to us opening the playhouse and going on to do ‘The Odd Couple.’ It did very well. It made a small profit which is difficult to do right now.”

But she had to explain to a group of young actors why “Winnie the Pooh” wasn’t doing as well when it came to ticket sales. She had to tell them it wasn’t their performances, it was covid restrictions that kept people away. But they performed anyway.

Deschamps is hoping the extensive measures she’s taking to ensure a sanitized playhouse will put audiences a little more at ease.

“We’re taking major steps to sanitize the playhouse,” she said. “And we’re taking everyone’s temperature when they come in. We’re also handing out masks with programs and making sure we’re social distancing when it comes to seating.

She said with social distancing measures, the playhouse can seat 32 people.

And despite all this, she is grateful for what the Rome Shakespeare Festival has been given.

“There are so many people who have given to us and supported us,” she said. “Our artists and staff have been working for nothing. I don’t know how to tell you how inspiring it is that so many people believe in this organization and enable us to do what we’re doing. You can’t count how many people have helped us and we are deeply grateful to this community. I think we’re resilient.”

Americans load up on candy, trick or treat - or not