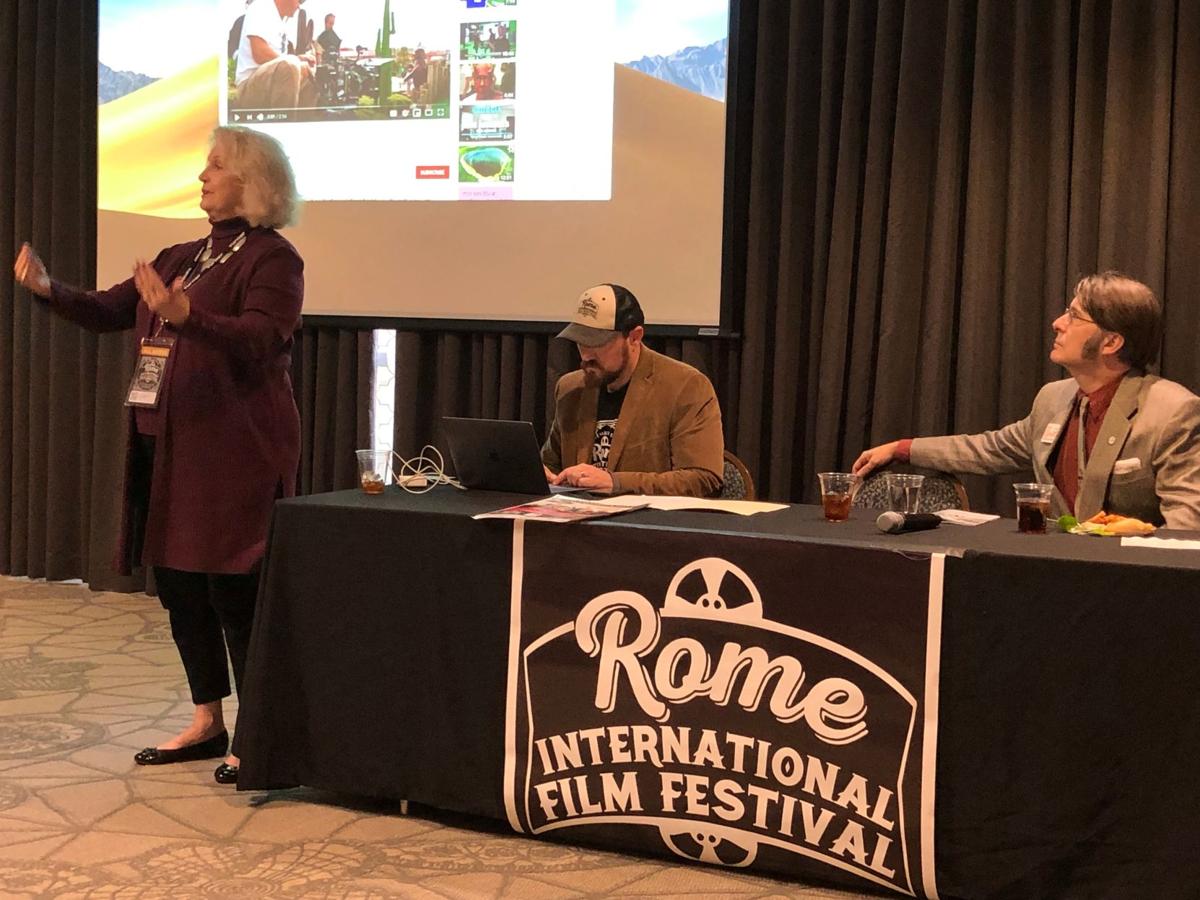 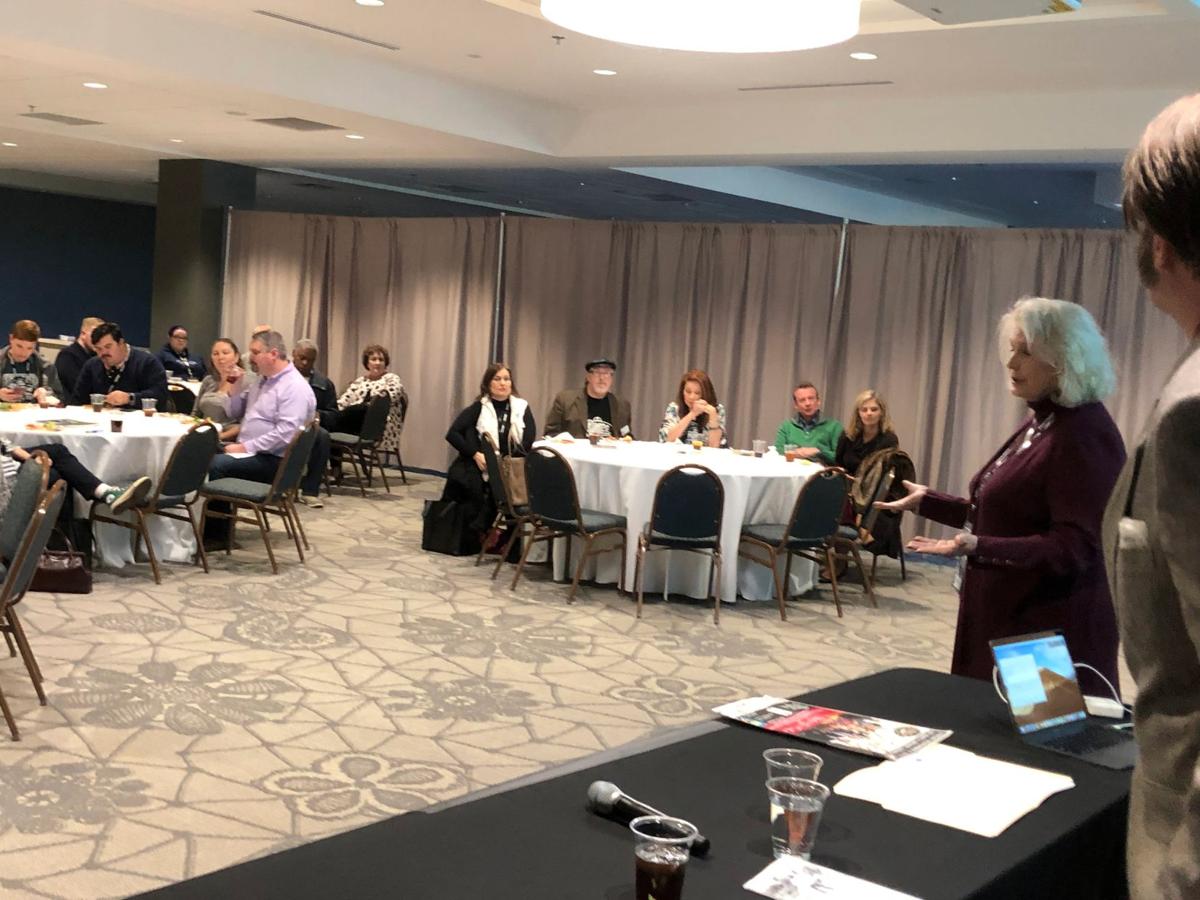 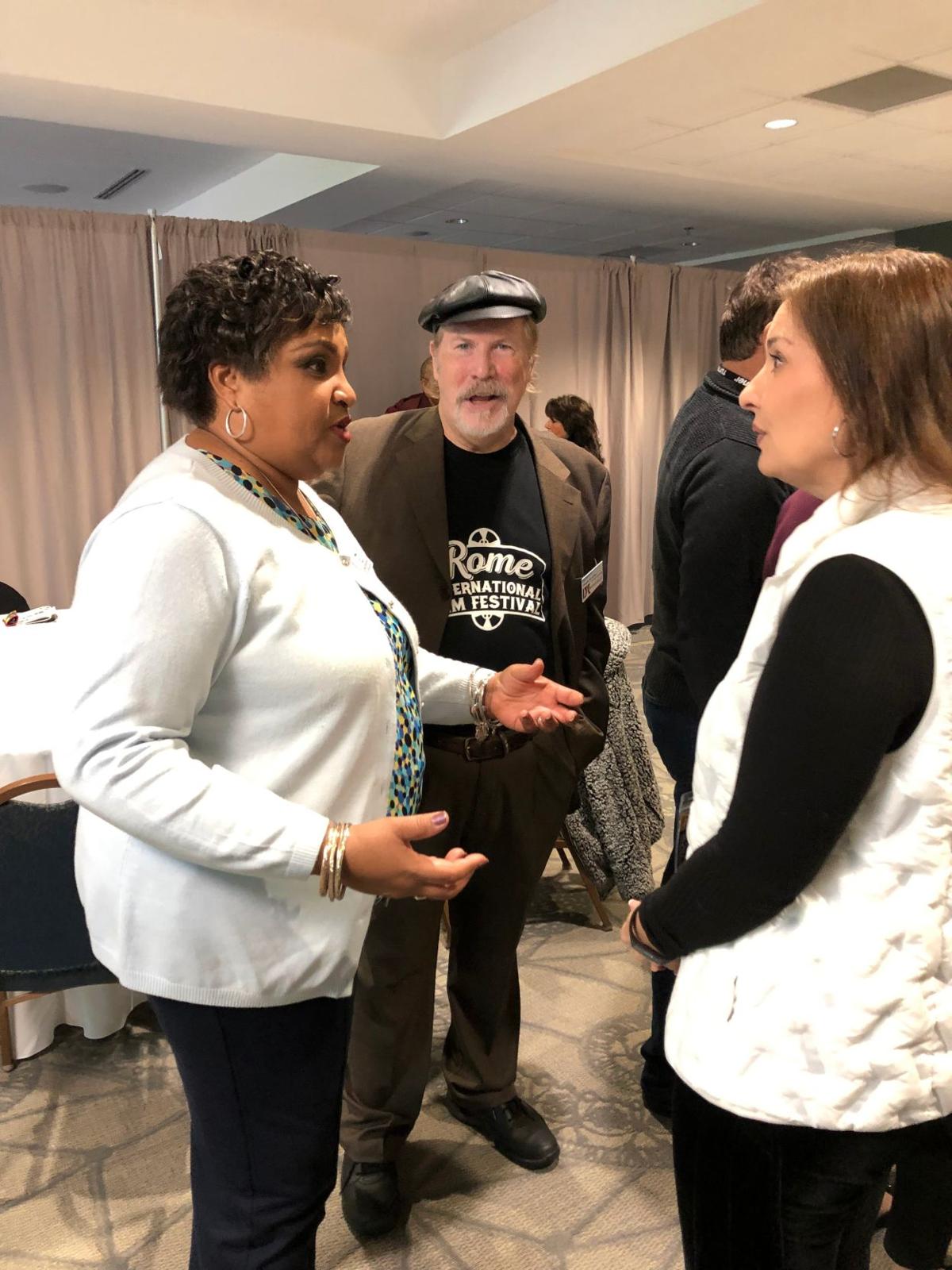 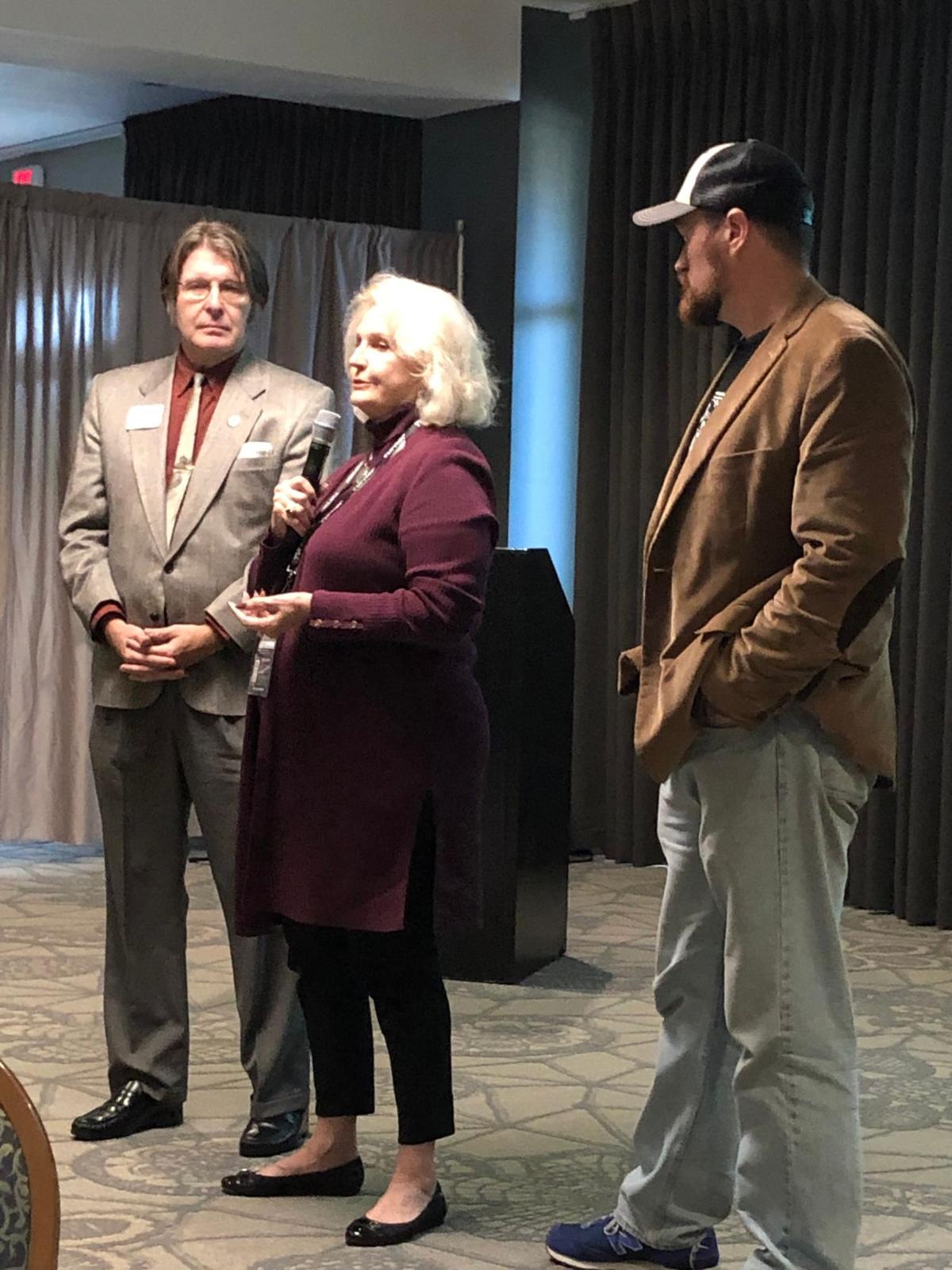 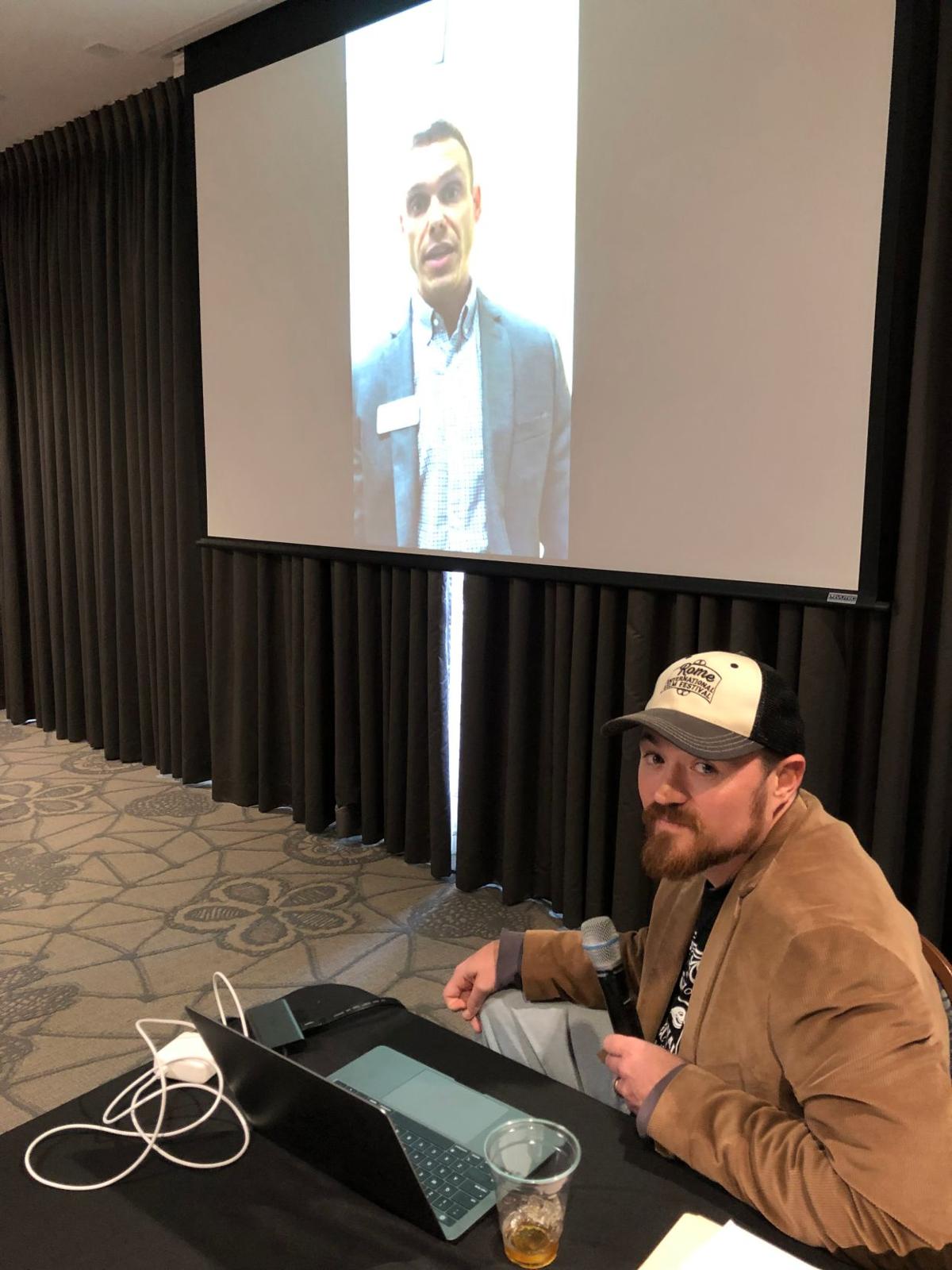 In this November 2019 file photo, RIFF Executive Director Seth Ingram (at table) plays a video statement from Allen Fox, director of Creative Industry Partnerships out of Gov. Brian Kemp’s office, during an invitation-only roundtable discussion at the Forum River Center. 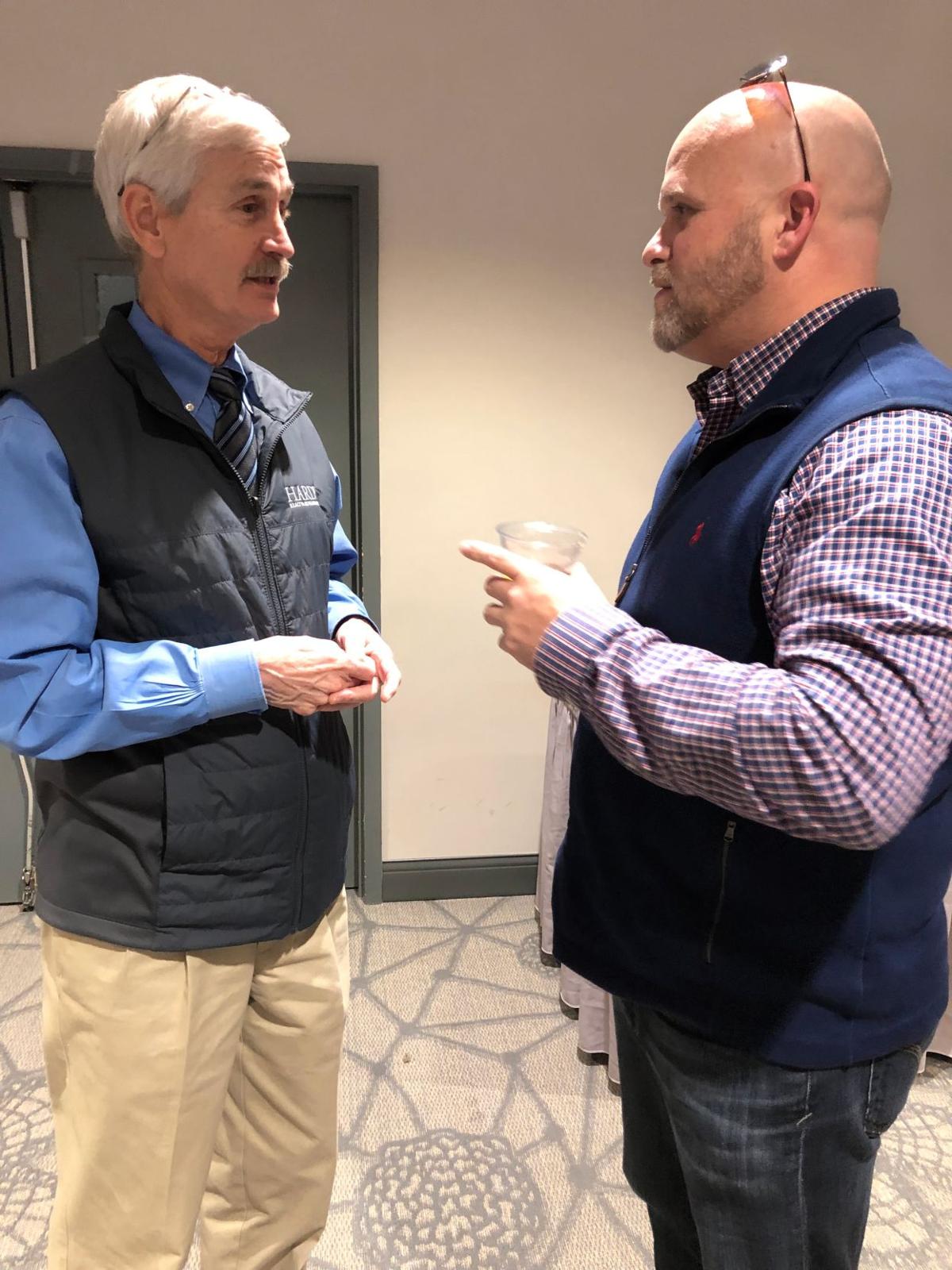 In this November 2019 file photo, RIFF Executive Director Seth Ingram (at table) plays a video statement from Allen Fox, director of Creative Industry Partnerships out of Gov. Brian Kemp’s office, during an invitation-only roundtable discussion at the Forum River Center.

It was another whirlwind week for Rome International Film Festival Executive Director Seth Ingram as the 16th annual event came to a close Sunday with hopes of an even brighter future for Rome’s film tourism industry.

“I got to bed at 2:30 a.m. and was up at 6,” Ingram said groggily Sunday morning as he prepared for another day of back-to-back screenings of the last of the 72 films shown at Rome City Auditorium and the DeSoto Theatre since Wednesday. “It’s all good.”

To the budding filmmaker and Georgia Highlands College IT manager who hopes to one day work full-time for Rome’s film industry, all the work and hubbub of the event that attracts more than 2,500 attendees from all over the country is completely worth it.

“This festival is growing every year and getting more and more recognition, but there’s a lot of room for growth in this area for films and for Rome,” Ingram said.

“The Student Academy went really well with its three days of workshops and that’s a key piece of this effort to make Rome more of an independent film site that can generate jobs and attract more economic development here.”

A Rome Area Council for the Arts grant of $2,500 supported the educational staffing and equipment for the academy that served 150 students from local schools — including those being home-schooled — with courses on film fundamentals, acting for the camera, improvisation, horror make-up and a hands-on workshop on being a studio grip.

Giving Rome residents the skills to be useful in the film industry was of particular interest during the Georgia Production Partnership Roundtable luncheon Friday at the Forum River Center, sponsored by the Rome Floyd Chamber and Rome Floyd Development Authority.

“We want content to be produced here, we want studio space here, we want our businesses to benefit from the film industry here,” Ingram said to a room full of film industry buffs and community leaders. “There’s a lot of talk in the community about how we can do this and make a bigger push.”

This, he said, involves making sure the community is “camera ready” when film producers come to town to shoot movie scenes like for Clint Eastwood’s “The Mule,” which was shot in Rome in July of last year.

Being ready also means making it as easy as possible for producers to get permits to use municipal buildings, schools, cemeteries, the jail, streets and sidewalks, for instance, according to Randal Franks, vice president of GPP.

“They need to know our door is wide open for them to come,” said Franks, an actor, producer, director and author who has appeared with stars William Hurt, Christian Slater and Dolly Parton, among others.

Shay, a resident of both Atlanta and Cedartown, said he believes Kemp is a big enough supporter of the film industry in Georgia that he won’t be swayed by those who want to do away with the Film Tax Credit after the abortion bill controversy that led to threatened boycotts by Hollywood actors.

“Our governor supports boosting economic development in rural Georgia and that includes the film industry,” Shay said during the roundtable discussion. “We promised him that no industry in this state could do what the film industry could do in terms of tourism and promotion.”

Ingram pointed out that it’s also important to train local investors and to offer incentives for bringing the industry to Rome.

Rome City Manager Sammy Rich said after the discussion that Rome already is starting to figure out how to position itself to grow the industry here.

“We have opportunity zones or local tax allocation districts, so the concept of having an investment group come here to build a sound stage or whatever — and how that might attract further film production in the community — is really exciting for us,” Rich said.

“We already have the best tourism office around. They really go out of their way to cater to film crews. And Seth’s done a great job generating interest through the film festival. He’s very passionate about this,” he added.