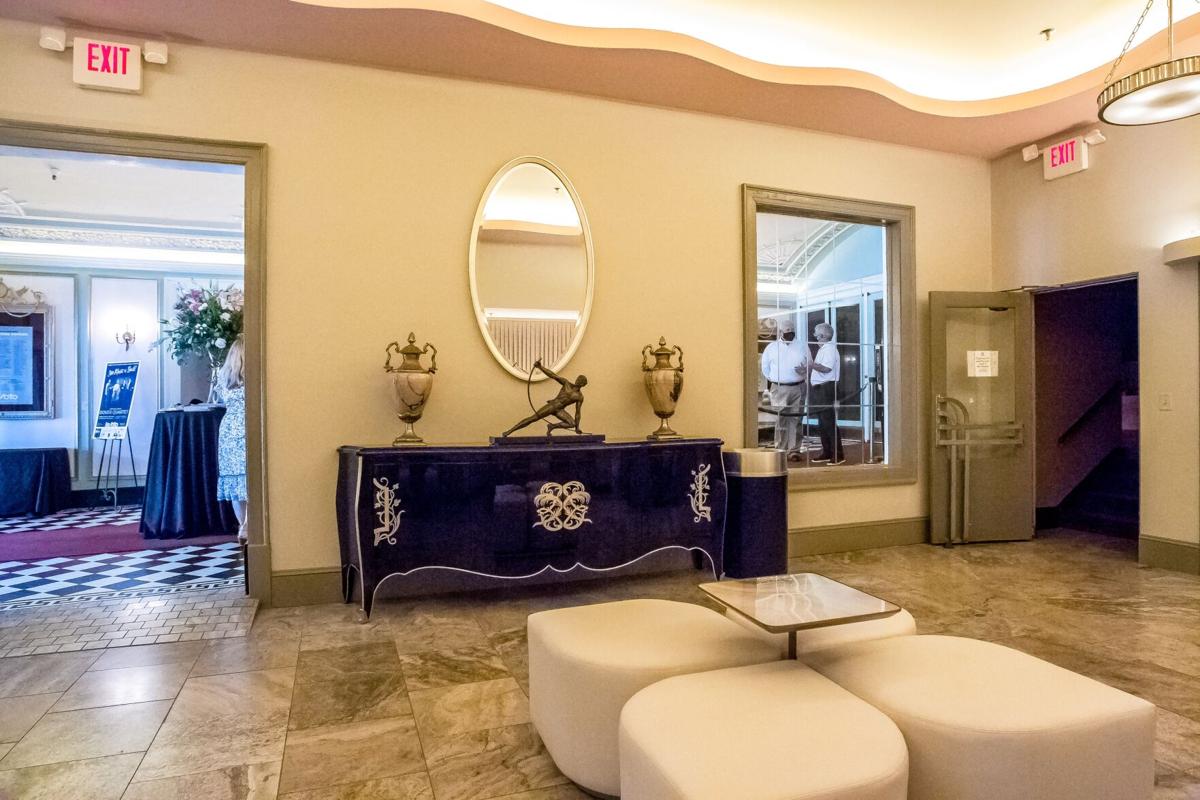 The lounge at the DeSoto Theatre has been decorated in the Hollywood Regency / Art Deco style and reminiscent of the 1940s, the era in which the lounge was built. 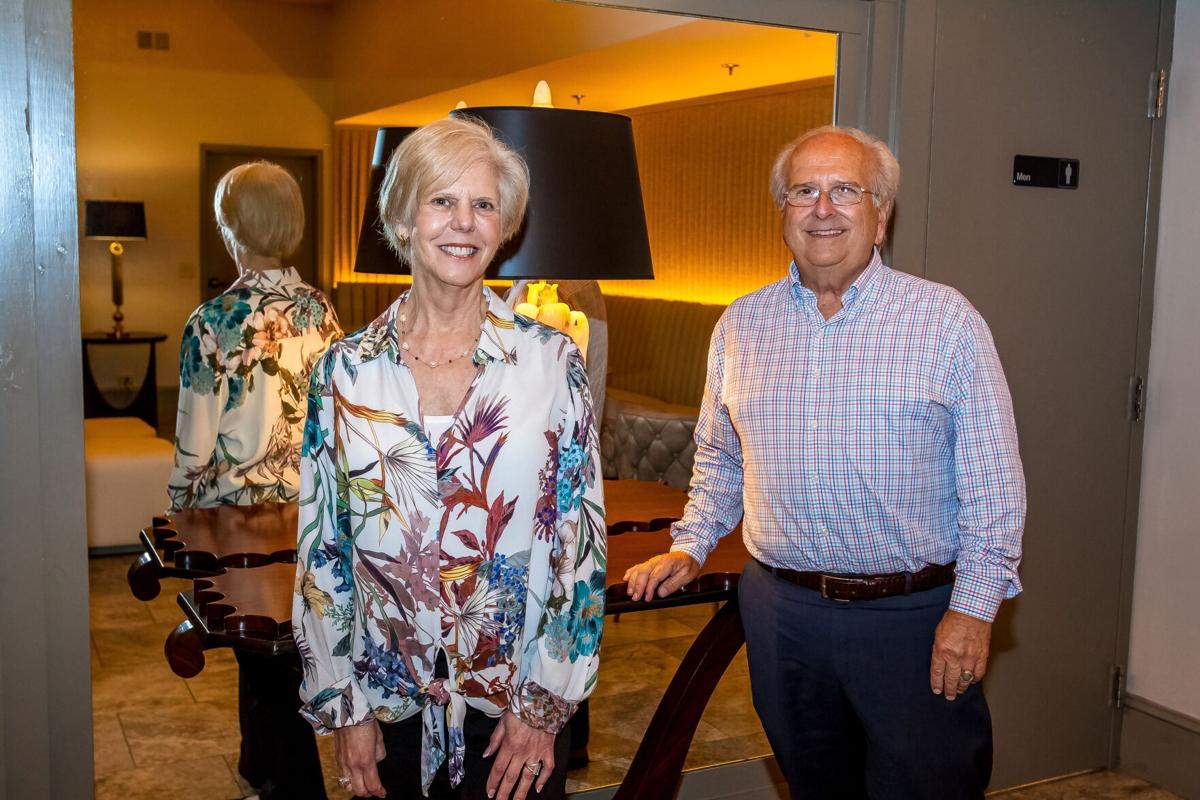 Villa Sulzbacher Hizer and designer Tommy Lam. Hizer’s donation to the Historic DeSoto Foundation was earmarked for the restoration of the lounge. Lam’s grandfather once owned the theater and he used Hizer’s donation to purchase all the antiques and furniture for the space. 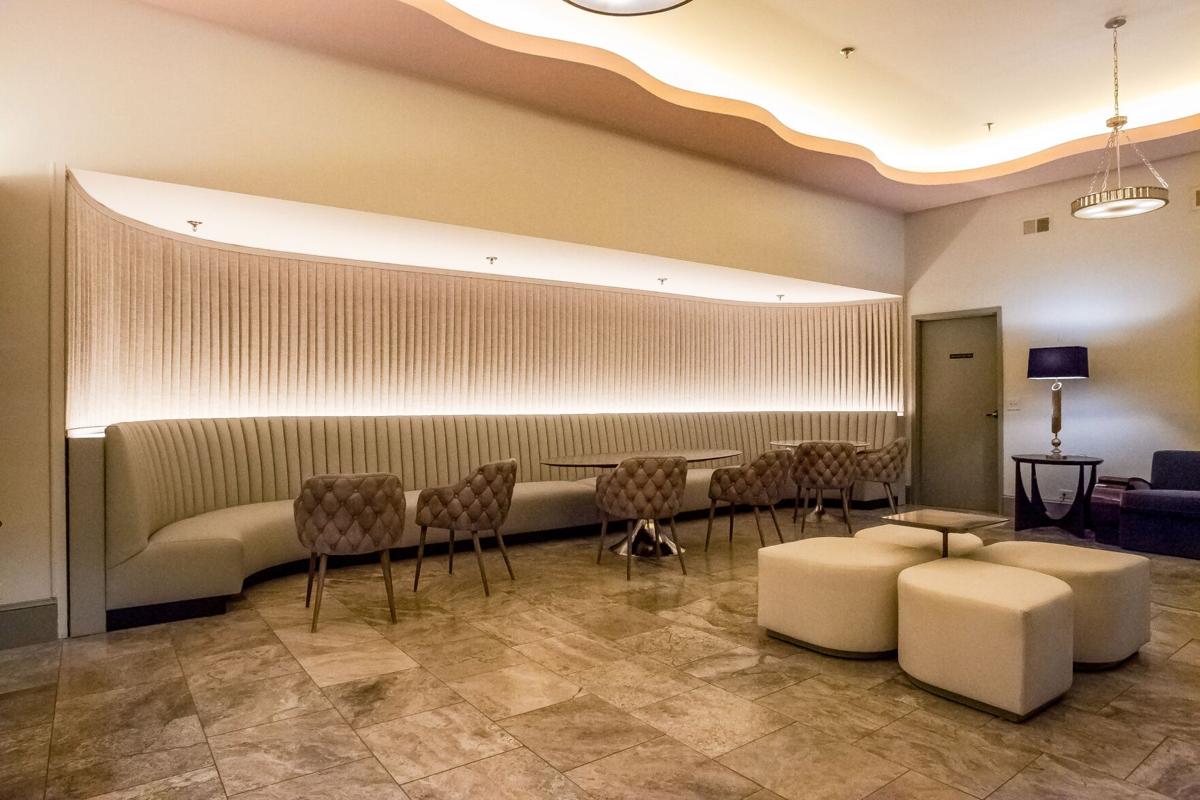 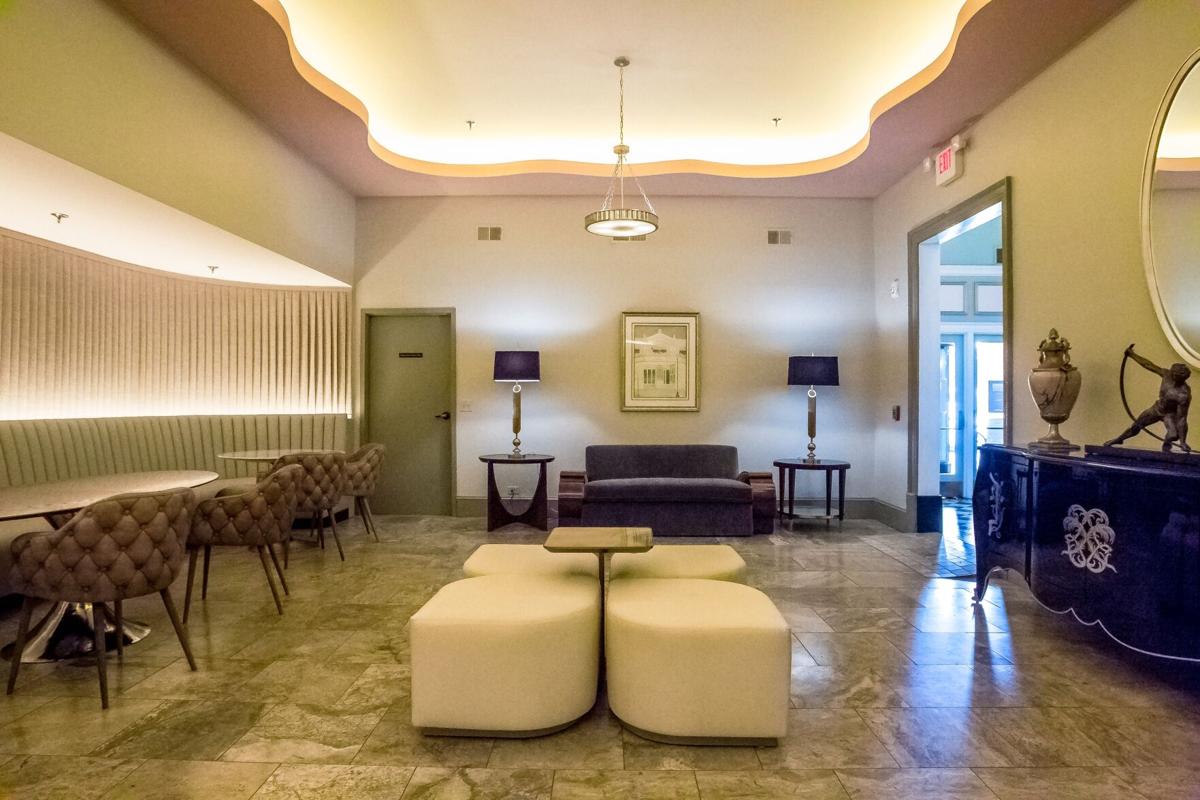 The lounge at the DeSoto Theatre has been decorated in the Hollywood Regency / Art Deco style and reminiscent of the 1940s, the era in which the lounge was built.

Villa Sulzbacher Hizer and designer Tommy Lam. Hizer’s donation to the Historic DeSoto Foundation was earmarked for the restoration of the lounge. Lam’s grandfather once owned the theater and he used Hizer’s donation to purchase all the antiques and furniture for the space.

Going to an event at the DeSoto Theatre is now a little more of an experience than just a show or a performance.

Thanks to a generous donation from Villa Sulzbacher Hizer, the lounge at the DeSoto Theatre has been restored to its former glory and under the watchful eye of designer Tommy Lam, the space transports visitors to the golden age of Hollywood.

The room that is now the lounge was once the old concession space at the theater, but the Historic DeSoto Theatre’s board wanted to elevate the space and remind patrons of its historic past.

The lounge was originally not part of the theater but was commercial rented space next to it. In 1947, renovation incorporated the space and initially was an area to sell refreshments and concessions, a new concept to theaters in the 1940s.

As grants and community donations have come in for restoration of the theater, including a new air conditioning system, Rome resident Villa Hizer stepped forward with a donation especially to restore the lounge.

Work completed in 2020 and early 2021 included the recreation of the art deco floating banquette on the lounge’s curved wall, a pleated curtain on the wall behind the banquette and LED rope illumination on the ceiling as well as electrical work.

But the space still needed furnishings. And that’s where designer Tommy Lam comes in. Lam’s grandfather built the DeSoto and Lam grew up in the building, seeing it change in the course of its lifetime.

Using Hizer’s donated funds, and original blueprints of the building (as well as his knowledge of the décor and style of the period) he set about sourcing furnishings and décor that would have been popular during the 1940s. He and the board agreed that the Hollywood Regency / Art Deco styles would be most appropriate. Furniture and décor from this period are inspired by the luxurious and opulent homes of movie stars and directors characterized by bold colors, statement pieces and glamorous touches.

“When you come into the lounge now you feel like you’re in a very special place,” said HDTF development director Michelle Picón. “If you come to a production you’ll have an experience, not just a show. This is a really exciting concept.”

The furnishings include a large, handsome black lacquer sideboard, antique urns, a large bronze sculpture, alabaster lamp, mid-century chairs and a vintage sofa and lamps. Coupled with marble floors, a large mirrored wall and chrome fixtures in the restrooms, the lounge is a step back in time. Visitors to the DeSoto can enjoy the lounge before and after productions and events.

The space will also be available to rent.

“The DeSoto is a landmark,” said Jim Powell, president of the HDTF. “It’s iconic. This room represents what was here before. It represents a specific period of the DeSoto’s history.

Last year, Hizer said she was prompted to make the donation because of her fond memories of the Desoto.

“My donation to the Desoto is to preserve a landmark in my hometown,” she said. “I have fond memories of growing up in Rome, and the Desoto was the place to go. At the end of the school year at Central Primary, we would walk to the theatre for a movie celebration. Birthday parties, friends gathering and dates – Desoto was where we would go. Then in recent years we have enjoyed concerts and special events in the familiar space. The Desoto Theatre is a jewel of Rome, and we need to maintain it at its finest for future generations.”

Visit thedesoto.org to find out more about the Historic DeSoto Theatre Foundation, rental of the theater and lounge and how you can support restoration efforts.

GBI: Georgia man arrested for elder abuse and slaying of his grandfather