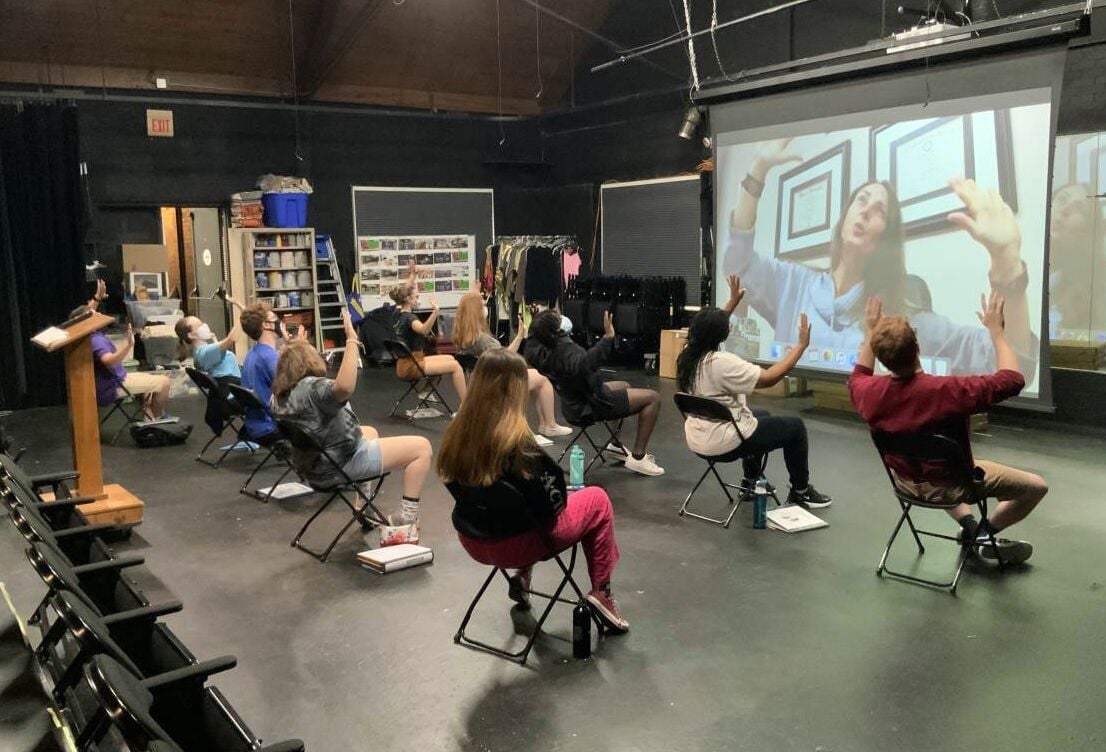 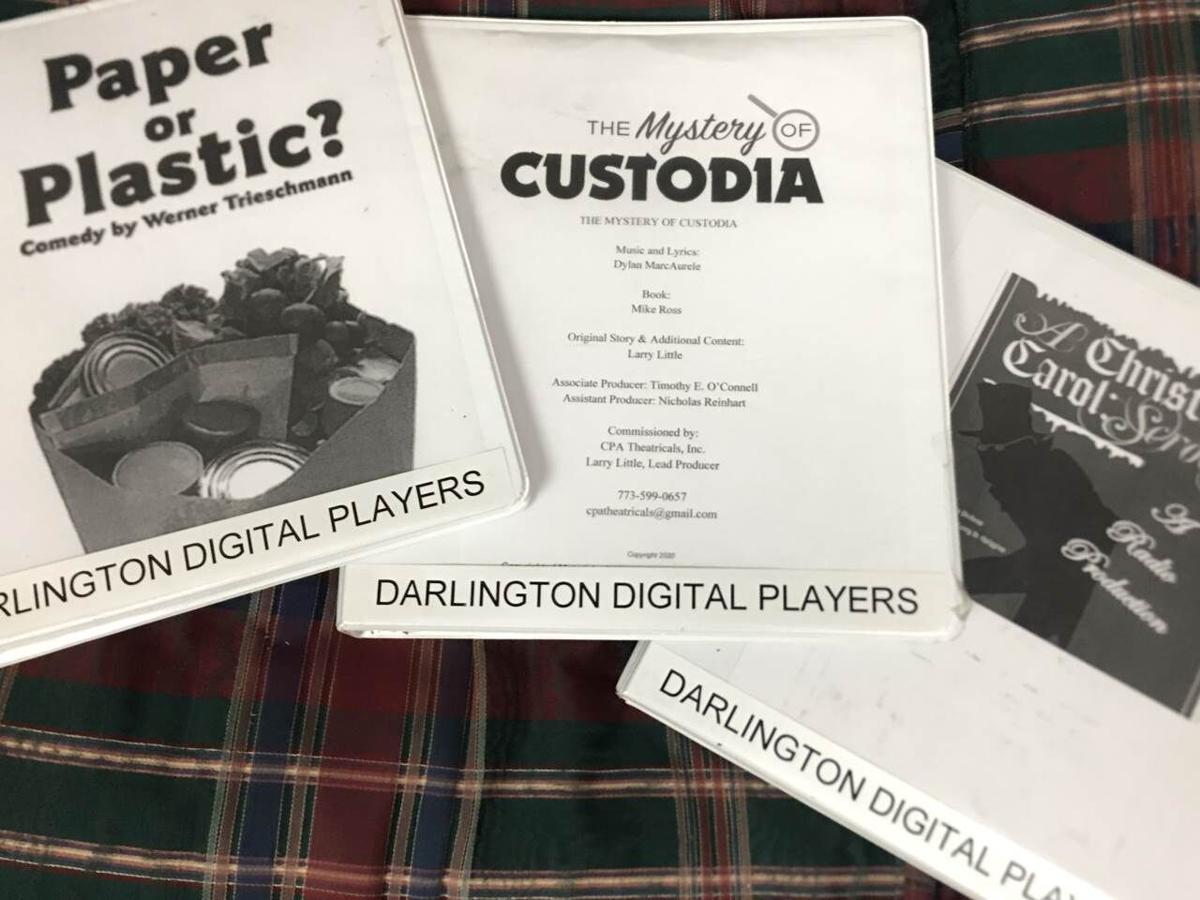 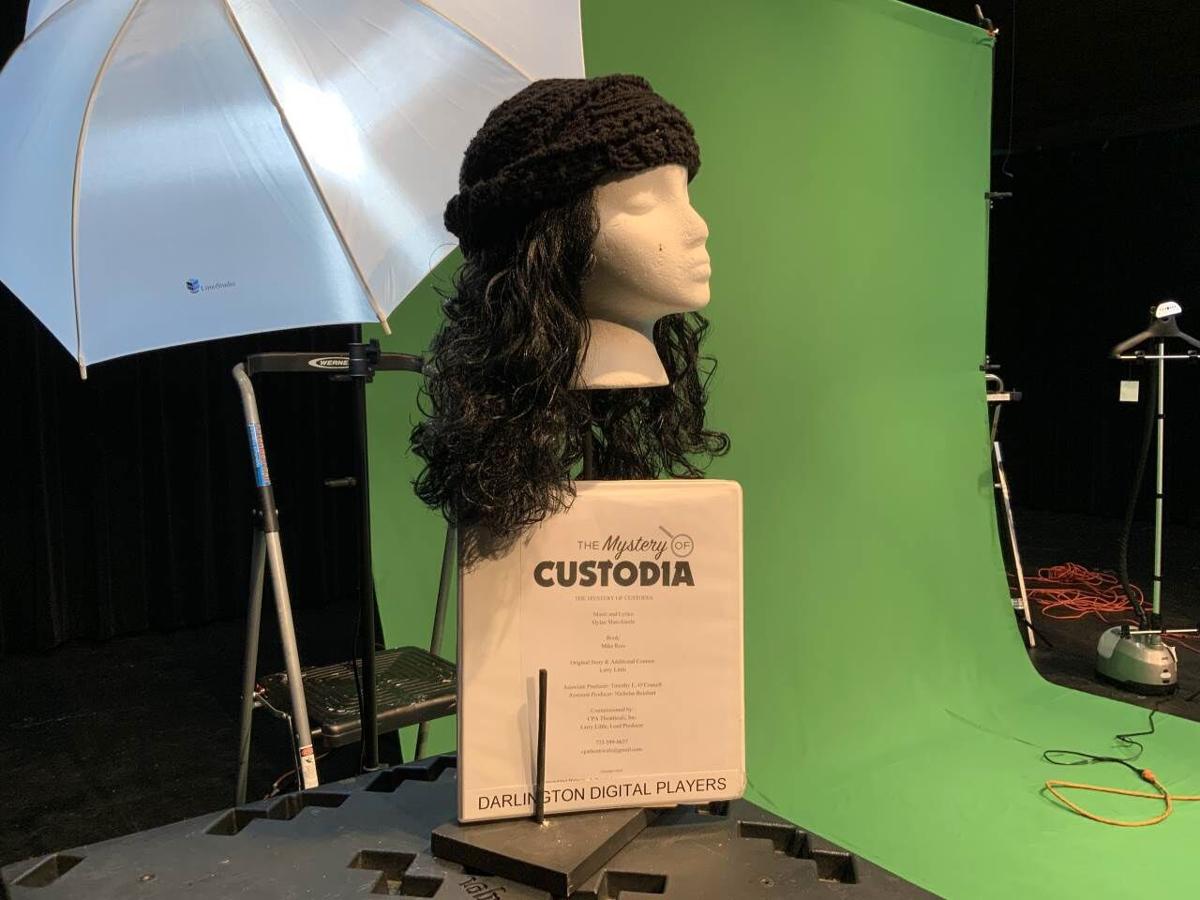 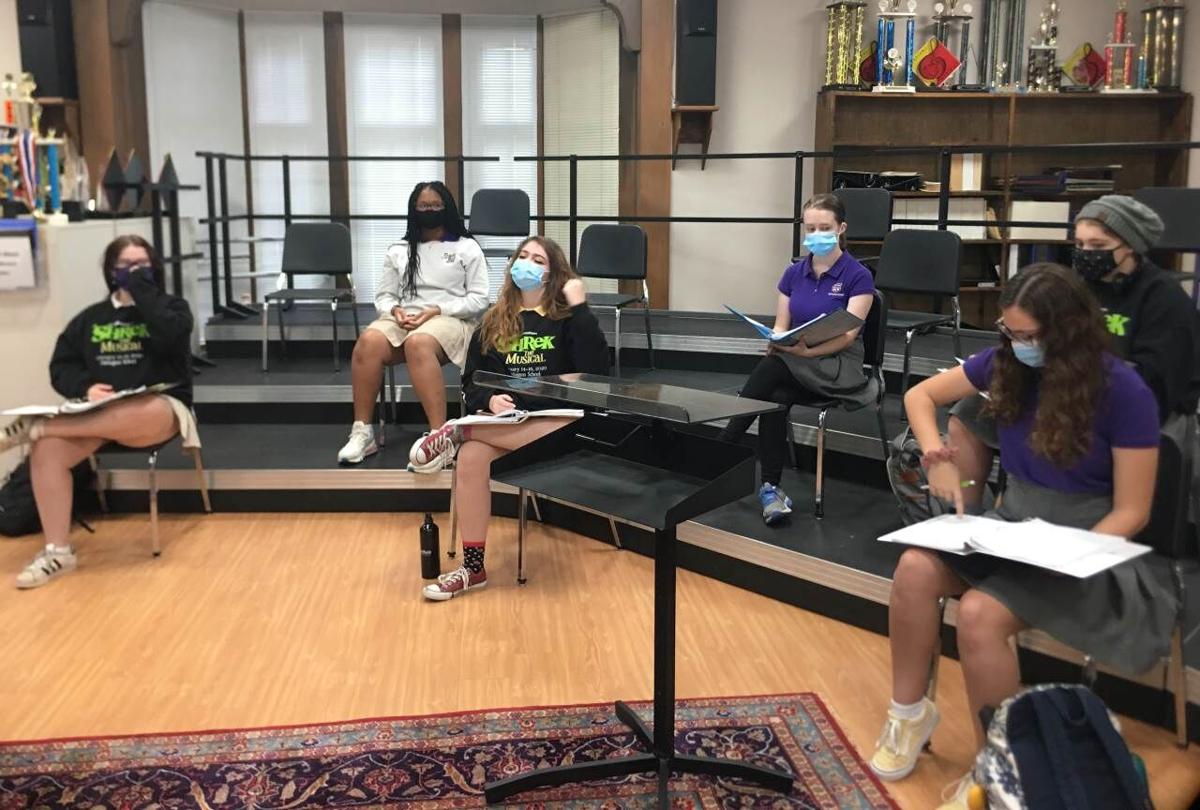 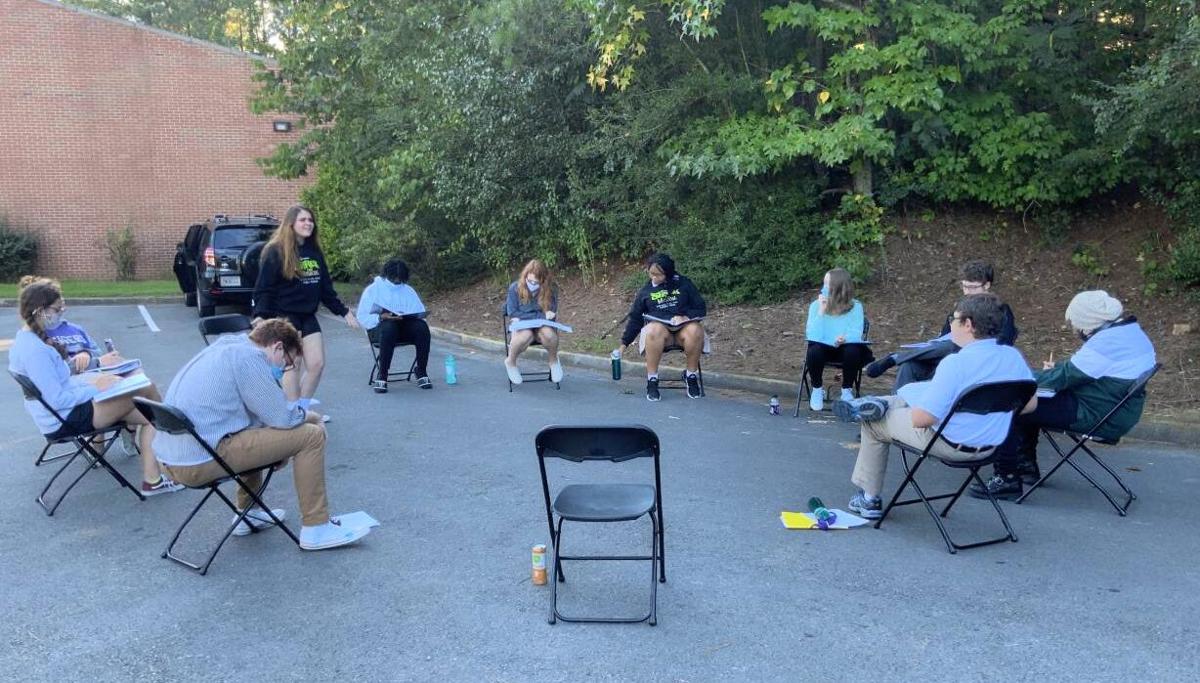 Due to the strict rules that theater has been given due to COVID-19, the Upper School fine arts department decided that the safest thing for students was to create theater in a digital format this fall.

“Producing our shows digitally creates this great safety net. If a student gets quarantined or begins digital learning, our season isn’t interrupted and none of our plans are interrupted,” said Shelley Daniel, theater director. “We have primarily had students attending rehearsals in person but on occasion, through the iPad on Google Meet.”

The Darlington Players have also pivoted to a new title to match their new format and are currently being referred to as the Darlington Digital Players Repertory Company.

“This fall the students are getting to experience what being in a repertory theater feels like. The only difference is that our final product will be digital rather than live in front of an audience,” Daniel said. “During a normal rehearsal week we rehearse and record parts of a different show each day. Our rehearsals move in a rotation, so some of our students may work on three shows in a one week period. Actors, for example, must adjust each rehearsal, and center themselves on which character they are working on that particular day. Crew must also shift gears, designing props or costumes for something new each time we meet. It is very exciting. Our theater students are gaining new skills that will serve them well in the professional world.”

During the second half of the fall semester there will be a lot of theater coming out through various digital channels. With 27 Upper School students involved in three unique productions for the Darlington Digital Players, students are able to multitask and experience taking on new roles in the theater.

“A student might be acting in one play, designing costumes for another, and being a stage manager in the third,” Daniel said. “If a student is also in theater lab, it is possible that he or she may be working in four productions at once! Our artists are learning so much about theater right now, and as recording begins, so much about film acting as well.”

Rehearsals have been creatively managed, meeting both outside and socially distanced or inside with face coverings. On recording days, the actors perform alone on a green screen set, as Daniel films following strict safety protocols. In post production, digital backgrounds will be imported to put the final production together.

“Techies are working hard,” Daniel said. “They’re creating storyboards, designing posters, sourcing sound effects, designing props, and designing costumes. They’re doing a great job. Some of the things I love the most about this entire experiment is that the students are still experiencing the same family bond we share each season, as well as experiencing the same excitement and adrenaline rush our stage performances bring. Following each film shoot, the actors have been on cloud nine.”

The shift from the stage to digital performance has not diminished the impact theater involvement has had on Darlington students.

“We’ve been able to have a live rehearsal experience, so the students are still building friendships and a sense of ensemble, but we’re also able to produce in a way that protects our students’ work,” Daniel said. “We are all in this together, and committed to finding safe, innovative ways to continue telling stories and entertaining our audiences. Our hope is that we reach even more people as our performances move to worldwide platforms.”

“The Mystery of Custodia!”

“The Mystery of Custodia!” is a musical comedy and will be released on the Darlington School website and the school’s YouTube channel for audiences worldwide to enjoy. Created by Creative Productions and Theatricals, this production features 11 actors and was written in the spring of 2020 specifically for schools needing digital options for theater.

Hi-Mount School is in crisis. Mr. Humphrey, the school custodian mysteriously stopped showing up, leaving Drama Teacher Ms. McGery to take up his place. Beloved Lunch Lady Linda has mysteriously disappeared without a trace, and there’s a mysterious wallet with some disturbing notes found in Custodia!

“Paper or Plastic?” is a one-act play and will have limited release dates and passcode-protected access due to the requirement of the contract with the publisher. There will be a link shared on the Darlington School website to ShowTix4U, a worldwide ticketing platform. From there, audiences will be able to purchase a ticket to access the digital production over a one week period.

This satire celebrates the patience of what grocery store workers have to face as told through the eyes of a new teenage grocery store worker. This production is not set during current times, but serves as a way for the Darlington Digital Players to recognize the challenges of all essential workers.

“A Christmas Carol: Scrooge” is an adapted radio drama that will be released in mid-December on the Darlington School website and the school’s YouTube channel for audiences worldwide to enjoy until after New Year’s. This timeless classic follows the tale of Ebenezer Scrooge on a fantastic journey through time and space, forced to confront his past, present, and future through the aid of his spiritual guides.

This production is being given as a gift to the Darlington Community and will feature student performances of Christmas classics during scene transitions.

“Stitched” is an entirely student-written piece and will be released in late October on the Darlington School website and the school’s YouTube channel for audiences worldwide to enjoy. This production is a collection of original monologues, written by each theater lab student, and then edited, rehearsed, filmed, and woven together as a choral performance piece, designed to examine the common threads of our human experience during the past five months of 2020.

Veggie burgers are still burgers, at least in Europe

Santa Claus won't be coming to Macy's this year

Do I need to wear a mask if I’m 6 feet away from others?

Next up in hunt for COVID-19 vaccine: Testing shots in kids

Holly Springs is getting a new industry bringing in 50 jobs