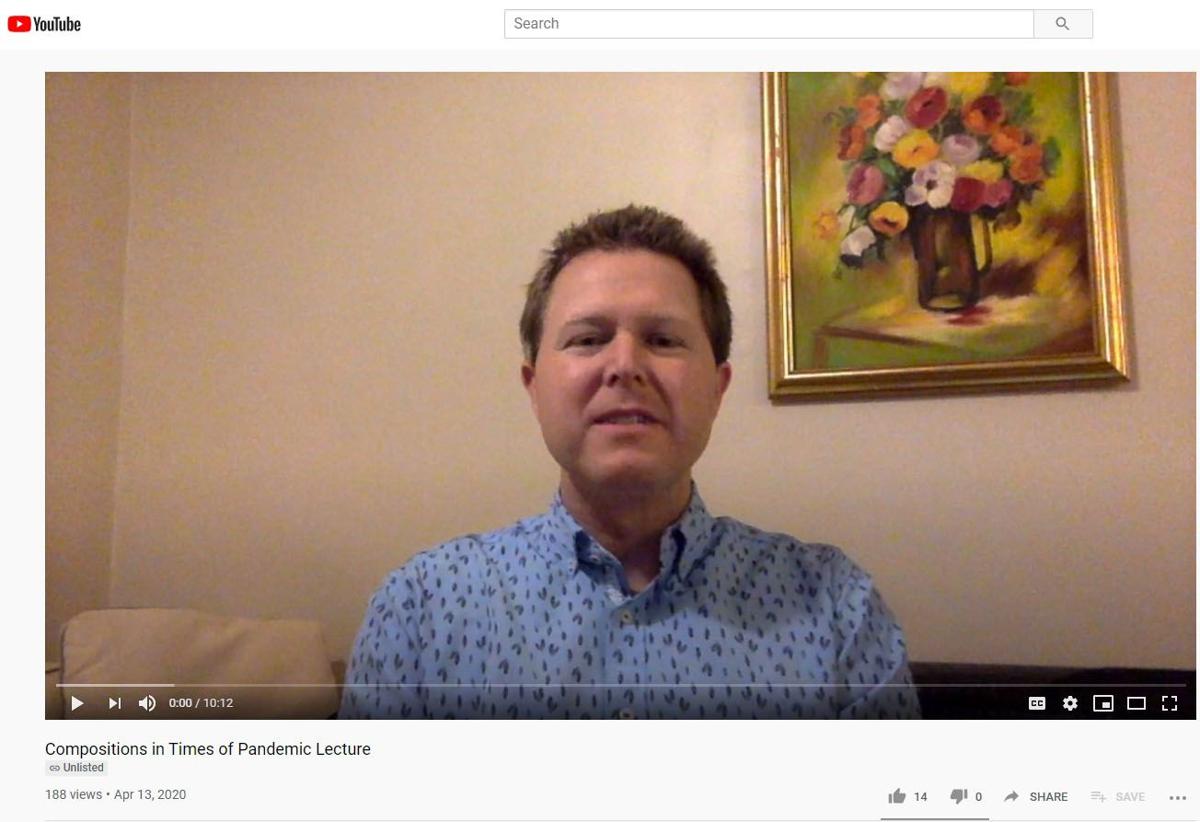 Maestro Jeffrey Dokken of the Rome Symphony Orchestra is producing videos from his home to keep the symphony engaged with the Rome community. The vidoes, featuring musicians or music history, can be found at the symphony’s Facebook page. 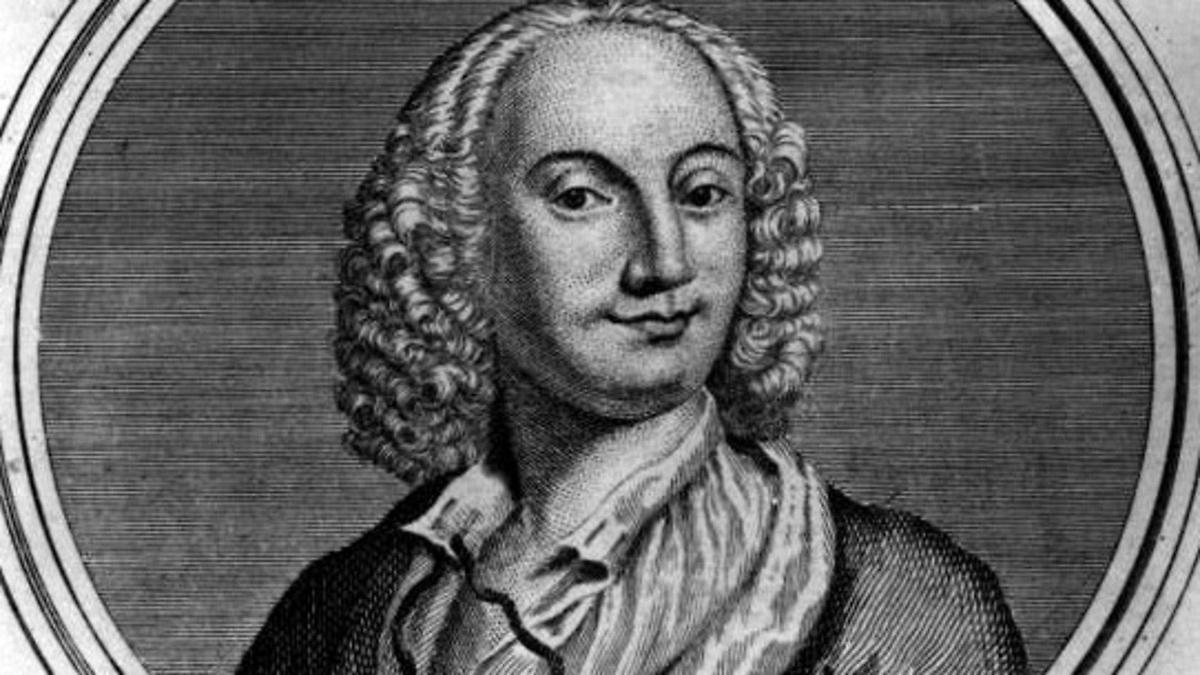 Maestro Jeffrey Dokken of the Rome Symphony Orchestra is producing videos from his home to keep the symphony engaged with the Rome community. The vidoes, featuring musicians or music history, can be found at the symphony’s Facebook page.

Maestro Jeffrey Dokken of the Rome Symphony Orchestra is trying to stay engaged with the music community and with the Rome community in general.

At a time when he can’t offer live music to audiences, he’s still reaching out and interacting with videos and lectures about musicians, composers and even some history.

“This sort of grew out of my desire to keep engaged with our audience members and the community at large in Rome,” Dokken said. “I thought about how I could relate our current situation to music and I did some research and thought I could put something interesting together.”

His research led to a short presentation Dokken captured on video and published on Youtube. In the video he discusses four composers writing music in the time of a plague or pandemic.

This isn’t Dokken’s first video. He shared a previous one about a local musician — a cellist — in the symphony and will continue to produce new content. The videos can be found at the Rome Symphony Orchestra Facebook page.

“We just want the public to know that the symphony is thinking about them,” he said. “We can’t bring you concerts right now but we still want to be engaged and interact with the Rome community.”

The Black Death arrived in Europe in October 1347, when 12 ships from the Black Sea docked at the Port of Messina in Sicily. Upon discovering the majority of the sailors dead and the living covered in boils oozing blood and pus, the dock workers immediately ordered the ships be removed from the harbor. This action was to no avail, however, and by 1349, the Black Death had killed more than 20 million people, roughly one third of Europe’s population.

Guillaume de Machaut (1300-1377) was a French poet and composer, and is one of the earliest composers for whom biographical information is known. He lived, worked, and thrived through two of the most catastrophic events to have ever struck France: the Black Plague and the Hundred Years War. It is likely that half the population of the nation perished from the bubonic plague. In 1346, Machaut lost his first patron, King John of Luxembourg & Bohemia, at the Battle of Crécy. Three years after that, in 1349, he lost his second patron, Princess Bonne (King John’s daughter), to the Plague. The deaths of his patrons and plague’s decimation of his nation were tantamount to the loss of the world as he knew it. In his epic poem “Jugement du Roi de Bohème,” Machaut lamented the destruction of his bohemian world.

In order to avoid catching the plague himself, Machaut fled to his hometown of Rheims, far from the trade routes that acted as couriers, spreading the pestilence far and wide. Despite the harrowing circumstances, the music he created while in isolation was sweet, amorous, funny, and sometimes even nonsensical. Among other things, he wrote of the ladies of court, frivolity, dancing, and of beautiful clothing. While on the surface it may seem as though the plague had no effect on Machaut’s writing, a deeper, analytical dive into the nuance of the music shows that perhaps his anxiety and sadness were expressed not in the lyrics, but in his notes. Many of his musical passages contained unexpected dissonances and surprising chromaticisms. The music Guillame de Machaut wrote during his isolation from the plague flew in the face of the strict rules set by the School of Notre Dame in the previous century. Despite the horrors of the Black Death, Guillame de Machaut wrote prolifically and masterfully, and explored compositional techniques that would not become common place for several hundred years.

The Black Death was the beginning of what amounted to a centuries-long pandemic of bubonic plague. For hundreds of years there were outbreaks, some major, some minor, throughout the world. One of the major outbreaks has come to be known as the Italian Plague, or the Great Plague of Milan. From 1629-1631 the plague ravaged central and northern Italy. It is thought that soldiers from Germany and France carried the plague to Mantua in 1629, and from there, due to troop movements associated with the Thirty Years War, made its way across Italy, claiming the lives of twenty-five percent of the population. Milan was especially hard hit, losing 60,000 of the city’s 130,000 residents. One of the unfortunate Italians who perished was a man by the name of Giovanni Battista Fontana. Only a few mentions of Battista Fontana’s life exist. Battista Fonatana’s music is the lone record of his existence.

Only one collection of his work is known today. It was published posthumously in Venice in 1641. The preface of the book contains only the briefest of biographical information, painting him as a virtuoso of the violin, born in Brescia, and working in Venice and Rome. The collection of music consists of six sonatas for solo violin and continuo and twelve sonatas for one, two, or three violins and continuo.

Unlike the music of many of his contemporaries, Battista Fontana’s music was highly polyphonic, particularly with respect to the bass, which often participated thematically, a departure from the bass lines of the day which usually functioned simply as a means of chord progression. There are also works titled for performance by “violin, coronet, bassoon, chitarrone, cello, or similar different instruments.”

It seems likely that Battista Fontana died in Padua. There is a death record for Zan Batta Fontana, aged 50, died on September 7, 1630 from the plague. It is the only death record in the region between 1625 and 1630 of a man by that name. No one knows how much more music Giovanni Battista Fontana would have written had he not succumbed to the plague in 1630, or why only a handful of his pieces exist today, but what we do know is that during a time of great distress, with a pandemic ravaging his city, Maestro Battista Fontana was composing beautiful and boundary-pushing music.

Editor’s Note: This is the first of a two-part series. Read next week’s Arts & Entertainment section to learn about two additional composers in times of pandemic.

Smyrna man accused of fatal shooting turns himself in

COVID-19: Safe Care from the Start