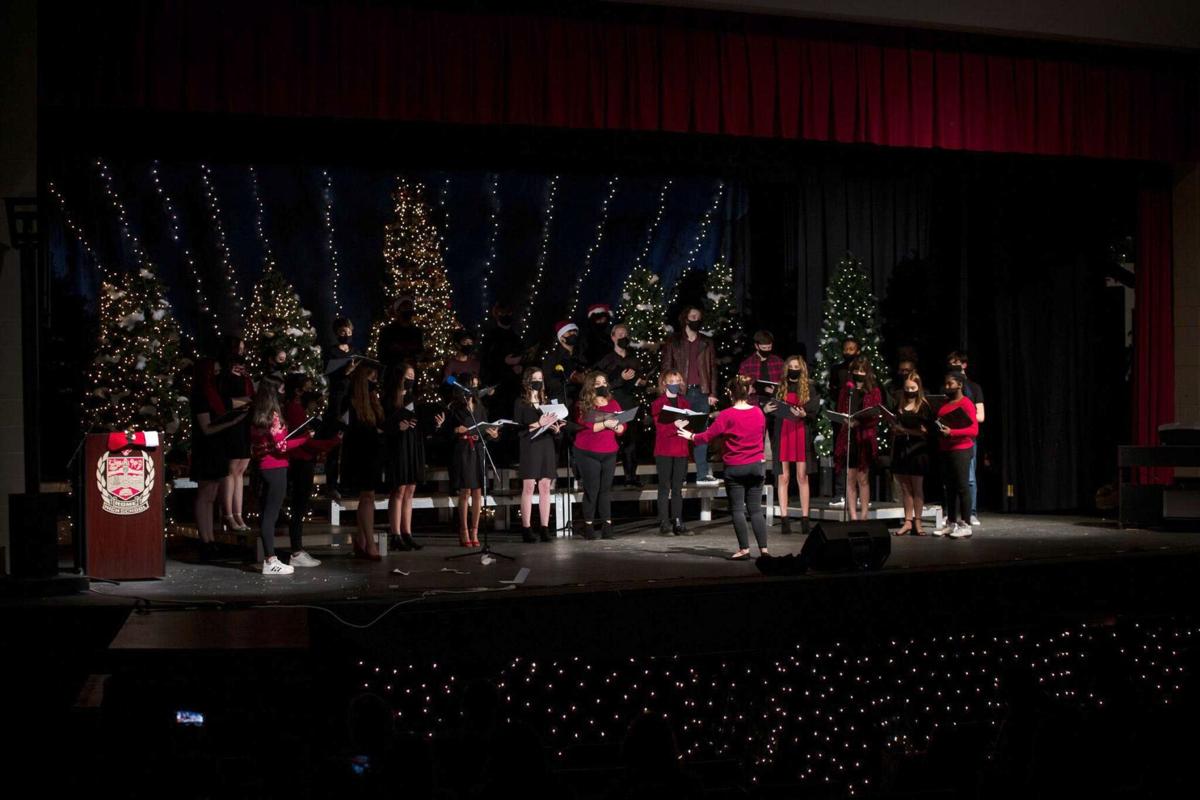 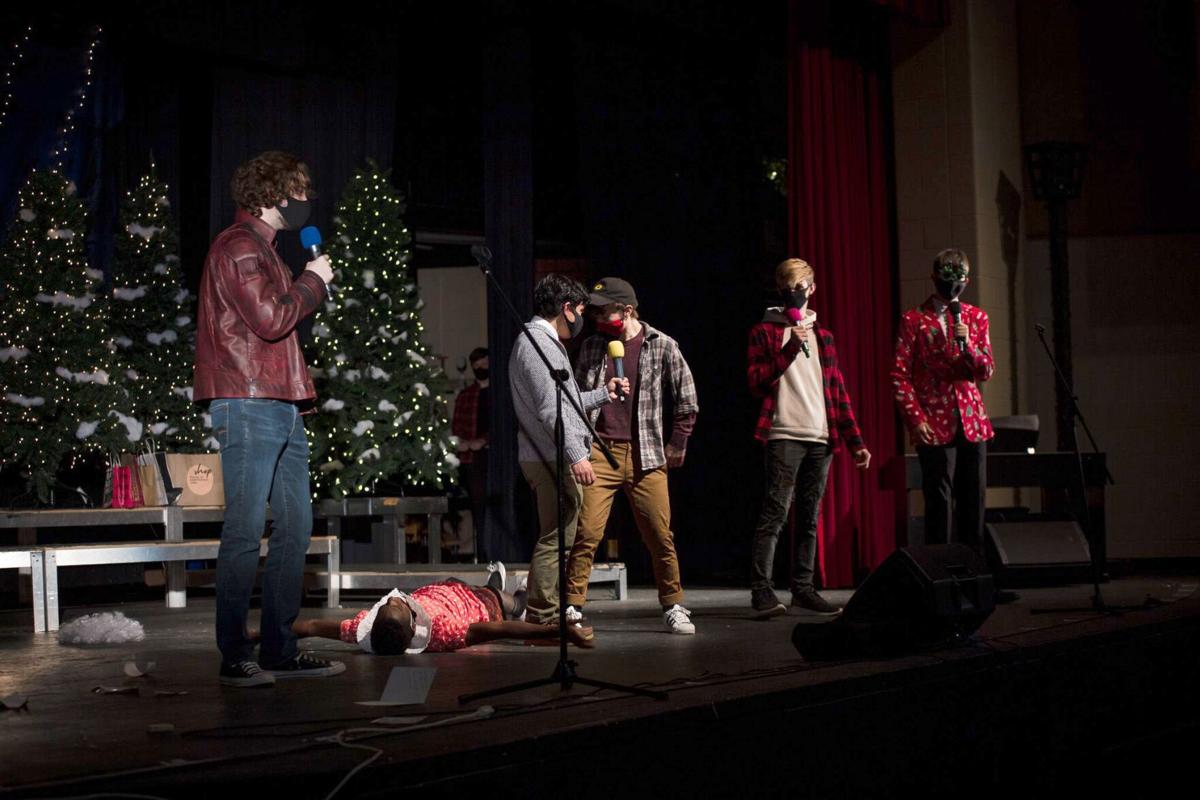 Ethan Goble, Carson Glass, Eric Legostaev, Caleb Sabino, Matthew McKerroocher and Malik McKay give their hilarious take on “Grandma Got Run Over by a Reindeer.” 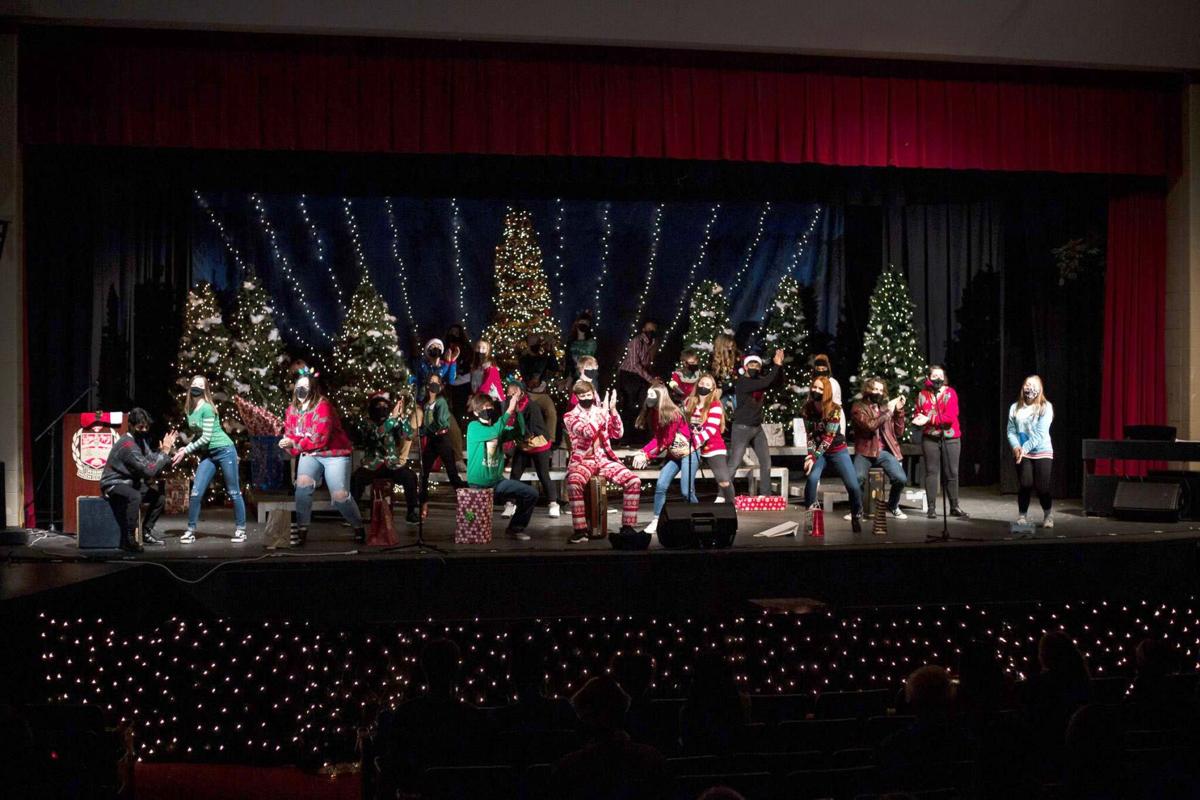 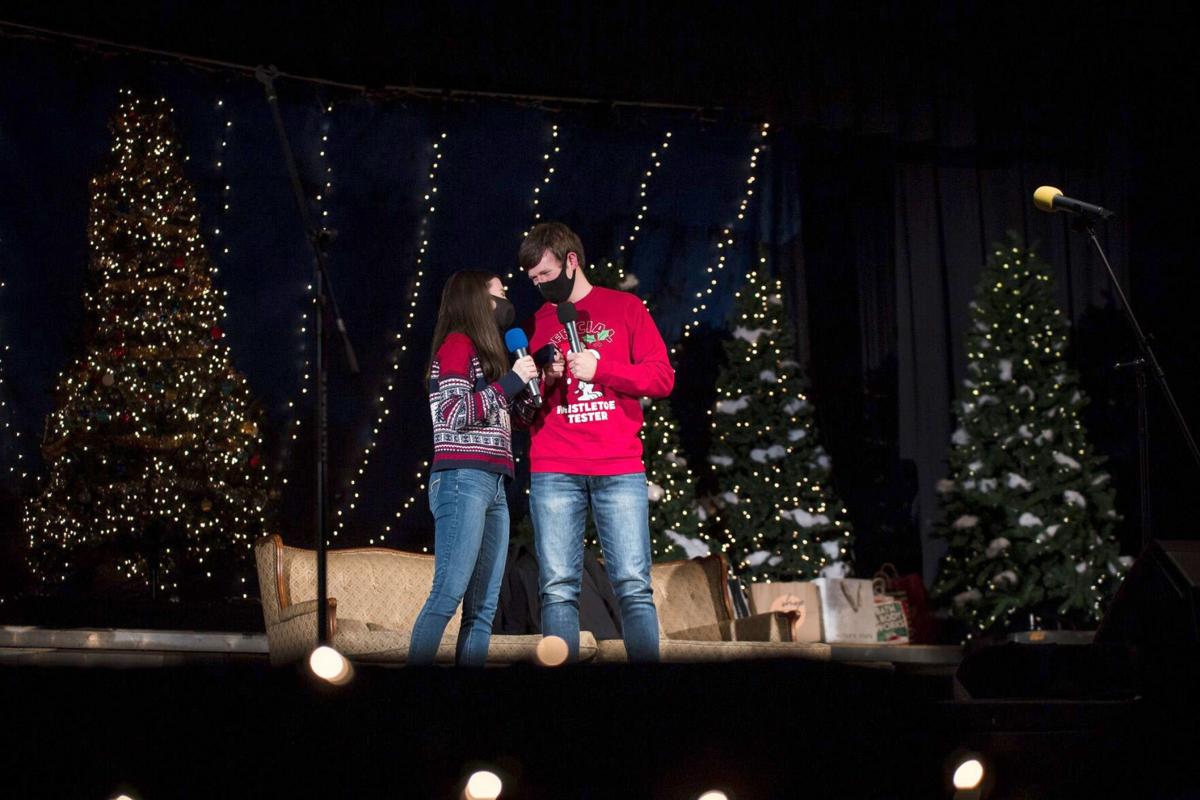 Julianna Mitchell and Nash Williams, members of the RHS Grand Finale show choir, warm the hearts of the audience with their rendition of “Baby It’s Cold Outside” during their Christmas Cabaret holiday show. 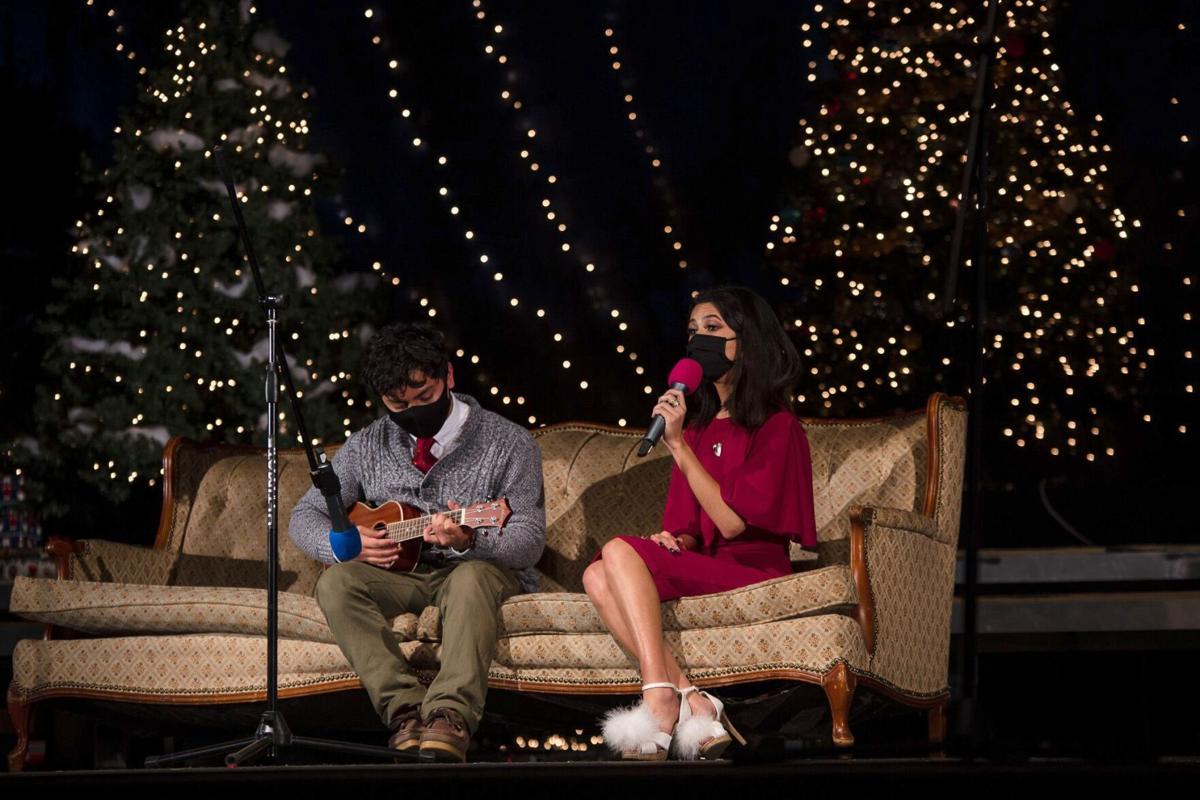 Caleb Sabino shows off his skills on the ukulele while accompanying Kaylee Mooyoung for their take on “What Are You Doing New Year’s Eve?”

Ethan Goble, Carson Glass, Eric Legostaev, Caleb Sabino, Matthew McKerroocher and Malik McKay give their hilarious take on “Grandma Got Run Over by a Reindeer.”

Julianna Mitchell and Nash Williams, members of the RHS Grand Finale show choir, warm the hearts of the audience with their rendition of “Baby It’s Cold Outside” during their Christmas Cabaret holiday show.

Caleb Sabino shows off his skills on the ukulele while accompanying Kaylee Mooyoung for their take on “What Are You Doing New Year’s Eve?”

Visitors to Rome High’s Performing Arts Center were treated to their favorite holiday tunes recently, paired with dances and a special surprise at the end of the show.

The school’s drama department and its show choir, Grand Finale, decided to spread Christmas cheer by signing loud for all to hear during their “Christmas Cabaret.”

Students performed Christmas-themed songs such as “Holiday Road,” “Baby It’s Cold Outside” and “Grandma Got Run Over by a Reindeer” giving the traditional music an entertaining twist with their choreographed dance moves.

RHS vocalist Ava Fortenberry gave the audience a beautiful rendition of “Underneath the Tree” a modern holiday favorite made popular by singer Kelly Clarkson.

And the group’s “12 Pains of Christmas” was hilarious as students sang the things they hated most about the holidays. From not being able to find a parking place outside of crowded department stores, to spending hours looking for the end of a ball of Christmas lights, there was something in this number that everyone in the audience could relate to.

To close the show, a rowdy version of “The Night Before Christmas” was read aloud as actors from the drama department joined with show choir members to give the story a comedic twist.

“We had to put our part of the production together quickly,” said Brian Sikes, Rome High School’s drama educator. “We had about a week to go over ‘The Night Before Christmas’ before putting it all together on stage. We like to call productions like this one kamikaze theater because we just give the students an overall idea of what we are looking for and ask them to have fun and just go with it. The good thing about this version of the popular Christmas story, is that it is designed to not go right. So, if they missed a line, no one knew it because of how the skit is structured. Our students did so well; I don’t think they missed one line. I am so proud to see them put on a great production and give their audience a great show.”

LeAnna Iddings, RHS chorus educator, said that she was happy that her students could offer something to counter the heavy weight of a year that has been anything but ordinary.

“Our Grand Finale show choir has been putting together our competition show since the beginning of the semester, but we thought it would be a good idea to throw in something fun for the holidays,” Iddings said. “So, we started working on this production in October when we were not working on cleaning up our competition show.

Iddings said that she asked for input from her students when choosing what songs they wanted to include in the show. She said that last year’s performance was more skit based, which required the songs to flow together with a narrative. This year, the show was all about students having fun and giving others a reason to celebrate the season.

“With everything that has been going on and having some of our students miss school, you never know who you are going to have to add to fill in,” she explained. “So, this format allowed us to have more flexibility. We all worked together to make this a fun show.

“Mr. Sikes and I collaborate in some way almost every day,” Iddings continued. “It has been a really busy time for us because they just finished up a major production they have been working on since the beginning of the year. So, it is helpful to have two educators supporting our students and helping them to reach their goals. I am super proud of what they have accomplished, and I hope everyone who came out enjoyed the show.”

For a splintered nation, a delicate moment of continuity