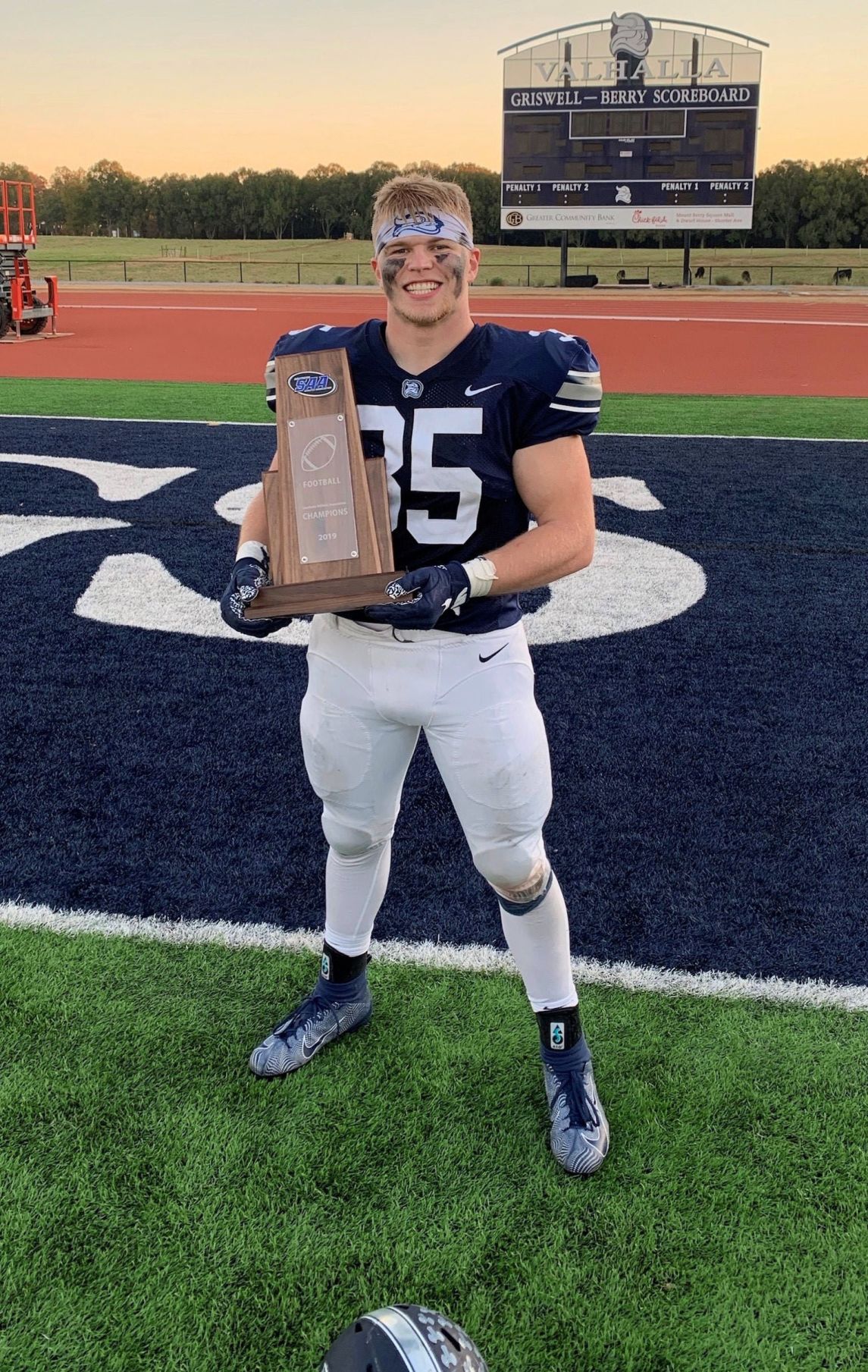 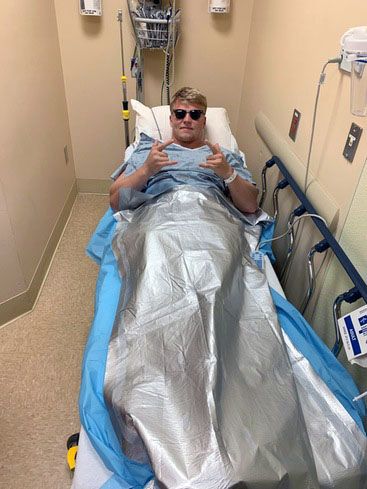 Jake poses for a photo prior to his surgery in August of 2019.

Jake poses for a photo prior to his surgery in August of 2019.

“I have to be ready to play football,” is a common notion for college athletes across the country during the summer months; offseason training, weights and the anticipation of a new year with new opportunities. But the sentiment took on new meaning for Berry’s Jake Weitkamp in July of 2019. A routine checkup rendered a positive cancer diagnosis – stage one embryonal carcinoma.

“My first reaction was thinking I have to be ready to play football,” Jake said. “It was honestly pretty hard telling my teammates what was going on because I wanted to be there for them.”

Following the news, Jake returned to his summer job at a local golf course that afternoon and remembers breaking down.

“There was a possibility that I would have to do chemo, which I was terrified about. I knew I needed to be strong for my mom and my whole family.”

A standout defensive player at Etowah High School in Woodstock, Georgia, Jake earned first-team All-Region honors and served as a team captain. Now a rising junior, he is an anchor of the Berry College defense that has led the program to four consecutive conference championships. Those who know Jake well will tell you he is one of the hardest workers in the room and his newest challenge would be no different.

Just a few weeks following the diagnosis, Jake headed to surgery on August 1, 2019.

Although the surgery was a success, there was still a possibility of the disease spreading and for chemotherapy treatment. But a followup trip to the doctor’s office gave the Weitkamp family its best news yet: Jake was cancer free.

”I was fired up,” Jake said. “I got on the phone with Coach [Kunczewski] and told him I was good to go.”

Throughout his unusual offseason, Jake never lost touch with his coaches at Berry.

“Coach K was actually on the phone with my mom and dad before I had even woken up from the surgery. That was really awesome,” Jake said. “The support from the coaches was unreal. I called them the same day I got the diagnosis and from that day forward they were nothing but completely supportive to me.”

A month after beating an aggressive form of cancer, Jake was back on the sidelines for the team’s 2019 season opener.

“That first game back, there were a lot of emotions,” Jake said. “I was really excited that I was even alive. For lots of people, a cancer diagnosis means that they’re going through chemo and radiation and that they can’t do much else. And here I am playing college football. That’s honestly a blessing.”

Looking ahead, Jake and his family plan to continue to volunteer with Cure Childhood Cancer, an organization dedicated to conquering cancer in children. The Weitkamp family was heavily involved even prior to Jake’s diagnosis, but he feels that his own battle gives him a new perspective

Now that we have had our own experience with cancer in the family, we can go back and relate to those little kids.” Jake said. “That’s something me and my family are super passionate about.”

Now nearly a year since his diagnosis, Jake uses his experience to fuel his focus and determination

“After cancer, if I can make it through that, then there’s no reason that I shouldn’t be one of the best people on the field, or in the weight room or in the classroom.”

Smyrna man accused of fatal shooting turns himself in

COVID-19: Safe Care from the Start