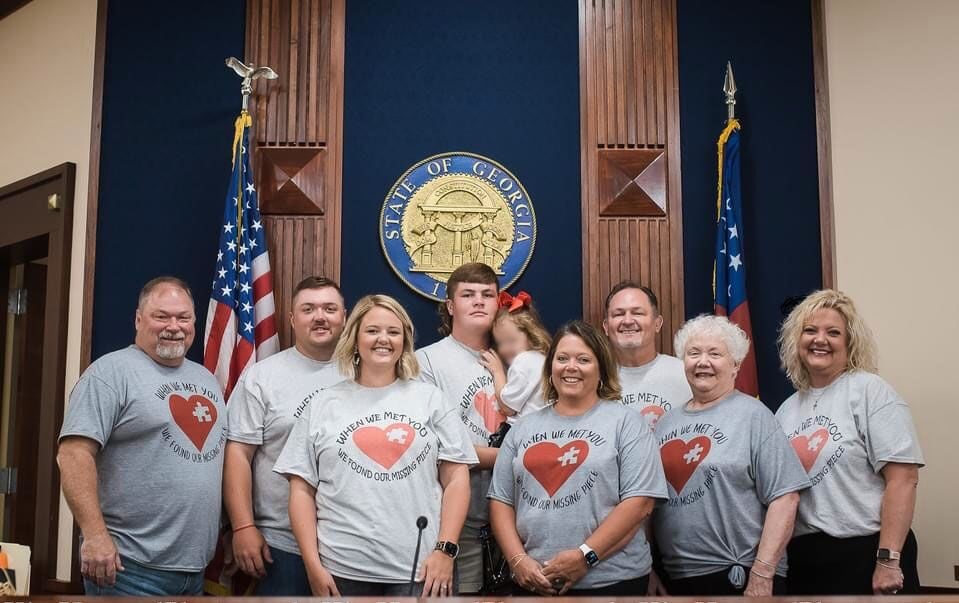 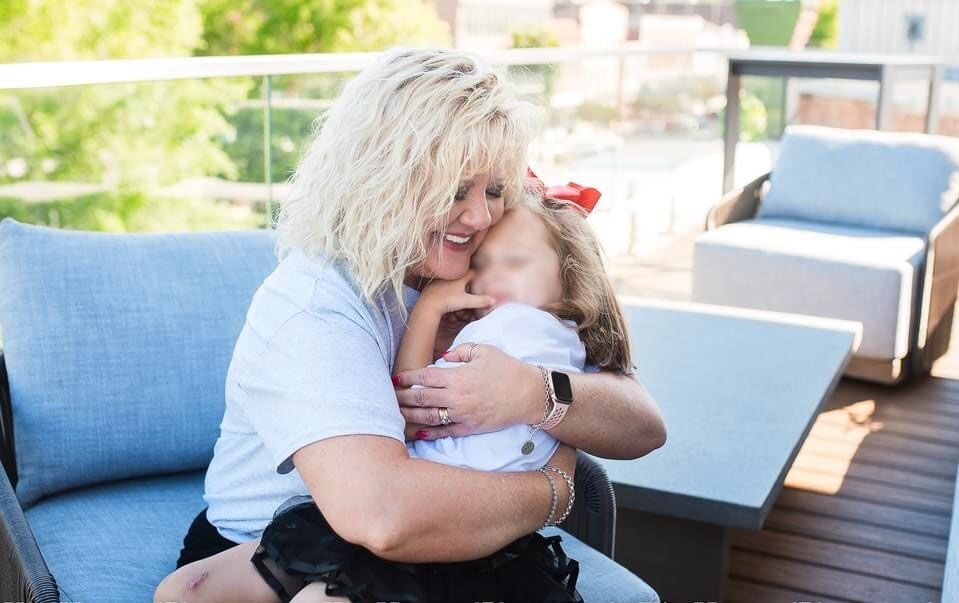 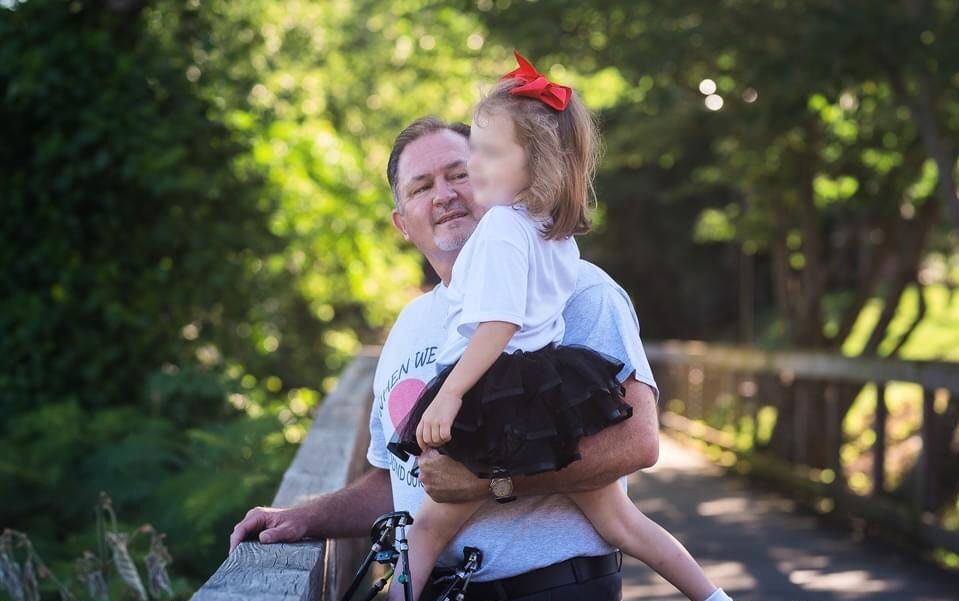 Kim HansardFloyd County Commissioner Scotty Hancock said after being on the board of DFCS he knew first hand the need for foster homes. 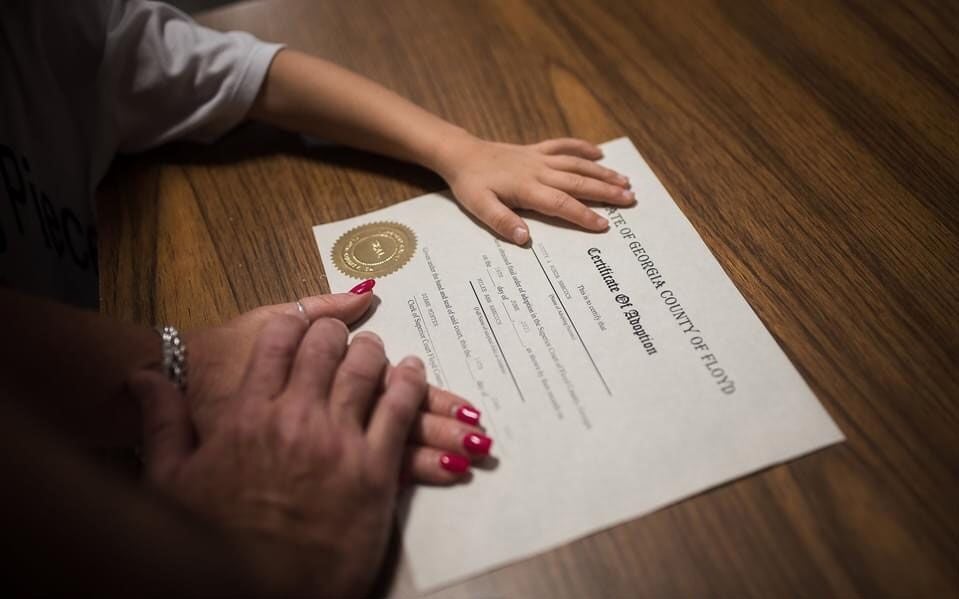 Kim HansardAfter a long and sometimes frustrating process, Scotty and Ronda Hancock officially adopted Mylee Hancock on June 16. The Hancocks first opened their home three years ago to foster kids in Floyd County and it led to them adopting Mylee. They encourage other local families to consider fostering and adopting since there’s such a big need in Floyd County.

Kim HansardFloyd County Commissioner Scotty Hancock said after being on the board of DFCS he knew first hand the need for foster homes.

Kim HansardAfter a long and sometimes frustrating process, Scotty and Ronda Hancock officially adopted Mylee Hancock on June 16. The Hancocks first opened their home three years ago to foster kids in Floyd County and it led to them adopting Mylee. They encourage other local families to consider fostering and adopting since there’s such a big need in Floyd County.

When Scotty and Ronda Hancock decided to open their hearts and their home to local kids in foster care, they never imagined it would lead to a new daughter.

But on June 16, the Hancocks, along with their family, assembled at the Floyd County Courthouse to officially welcome a 4-year-old girl as one of their own and to give her their name.

But this story begins in 2018. The Hancocks’ teenage son Gatlin approached them one day and suggested they foster a child. Friends of theirs had fostered and Gatlin thought it might be the right thing for the Hancocks to do as well.

Scotty, a Floyd County Commissioner, had just rolled off the board of Division of Family & Children Services and knew first hand the great need there was for foster families locally.

“Scotty said he felt that we needed to do something more for the kids of Floyd County,” Ronda remembers. “Gatlin lit the spark and Scotty said he agreed there was a great need for more foster families in the county. So we decided we were going to get trained to possibly foster.”

At that time there were more than 400 kids in DFCS custody and only 25 approved foster homes in the county, Scotty said. Kids were being taken wherever there were available homes.

So the couple went through the training to become foster parents. Their home was inspected and approved through DFCS and they opened their doors to kids as they were needed.

“We fostered two kids before we got Mylee,” Ronda said. “Then one day we got the call about Mylee that she had come through a DFCS case. They had taken her out of a bad situation. They said we have a 2-year-old girl that we need to place for the weekend. That was November, 2019.”

The plan was for Mylee to stay with the Hancocks until she was adopted by distant relatives of hers. But that fell through and Mylee needed a permanent home.

“God placed it on our hearts to decide on adopting her,” Scotty said. “It wasn’t a decision we took lightly. We had our family over for a meeting and we discussed it to see what they thought because we knew we couldn’t do this on our own. We’d needed help.”

The family were all for it. They would do this together, realizing how blessed they were to be able to have the room and resources to offer a home to this little girl who didn’t have one.

The adoption process was not an easy one, however.

“We thought about giving up a couple times,” Ronda said. “You have to be committed and have patience. There’s a lot of red tape and hoops you have to jump through. DFCS has their guidelines they have to follow. It’s not a simple process. It can be frustrating. But is it worth it? Absolutely.”

During the process, the Hancocks also had the additional challenge of Mylee’s medical needs. She was born with a club foot and in February of 2020, she had to undergo surgery to correct that. But she faced it “like a champ” as Ronda said, wore a leg brace for a while and after two months was running and walking.

This past May, Mylee had to undergo surgery yet again to lengthen her leg. The healing process will take several months and there’s a possibility that she may have to wear a prosthetic but the Hancocks want her to have the best quality of life possible.

That was their goal for any of the kids in Floyd County foster care who needed them.

“We thought we should set an example,” Scotty said. “We’re very blessed to have the room available for a child and the health and energy to give her a good childhood and a good home. It’s tough for us to stay awake at night when she’s not ready to go to bed but we deal with it.”

The Hancocks are pleading with local families to consider fostering.

“Remember you don’t have to adopt like we did,” Ronda said. “It can remain a foster situation. Sometimes it works out that the child can be reunited with their family or another loving home. You can give them love and a good home at the time it’s needed.”

Scotty said DFCS is a good place to start seeking information if anyone is considering fostering or adopting.

“They do training all over the state,” he said. “And Ronda and I are happy to talk to anyone who may want to hear about our experience with this process. We just want more people to get involved in fostering and adoption.”

“And we need families to get involved soon,” Ronda said. “There are so many kids who age out of the system. They stay in the system until they’re 18 and then they’re on their own. They never had the chance to be loved by a family or to enjoy a real childhood. And they’re just like any other kids. They’re not all bad or all good. They’re just kids and they need love and affection.”

Nicki Minaj suggests vaccine side effects have been downplayed

Doctor Who: Galaxy 4 set for release in November

Ahead of '22 races, county puts $3.9 million toward new elections office

'The train always wins': Loudermilk Drive shut down after collision with truck