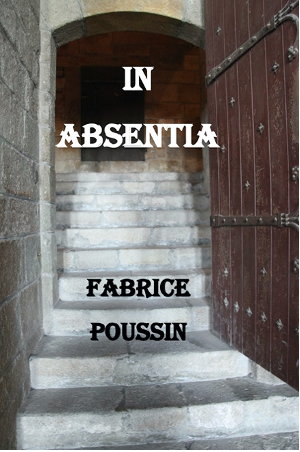 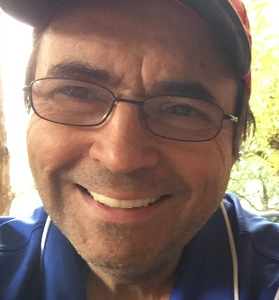 Silver Bow Publishing will release In Absentia, a collection of poetry by Fabrice Poussin, on July 31. Poussin teaches French and English at Shorter University, where he is a tenured associate professor.

In Absentia features 78 poems written during the last five years. A number of the poems have already appeared in magazines, online, and in print. The book will be available on Amazon and directly from the publisher.

Poussin described the book with the following, “In the words of Michel de Montaigne French Renaissance writer and philosopher), ‘I am the matter of my own book.’ This could not be truer than it is for a collection of poems. The texts offered here are like splashes of paint thrown at a large canvas. There the Poussin’s portrait might take shape, if only the canvas did not keep on expanding, and is likely to do so ad infinitum.”

Poussin often speaks of the unfathomable cosmos and of dimensions beyond what a human being is supposed to know and be content with. His work is inspired by Charles Baudelaire as well as the likes of Albert Einstein, Max Planck, and Irwin Schrödinger on the scientific side, and Dali, Samuel Beckett and Eugene Ionesco on the artistic side.

“In Absentia addresses loss, isolation, and abandonment, yet it is not out of despair, nor regret,” he added. “In fact, the poems circle around an absence which is about to be filled, and although it is an unimaginable challenge, the texts offer pieces which, however minute, will allow the reader to build a palace for his own sense of stability.”

The author shares his search through the evocation of old friends, family, strangers in places as varied as the streets, a supermarket, even a medieval fortress. The images are drawn from memories real or imagined. “The goal is to abolish the certainty of space and time to allow the audience to journey into a world full of hope, imagined yes, but so promising,” he said.

Of the book, Angie O’Neal, author of The Way Things Fall and the Joan Alden Speidel Chair of English at Shorter, wrote, “Imaginative and bold, Fabrice Poussin’s debut collection offers a sweeping vision of the human experience, exploring an emotional landscape of loss, loneliness, and love that is both panoramic and personal… His verse tells the hard truth about life while ultimately celebrating the power of the imagination to transcend time and space, unifying and making things new.”

William Woolfitt, author of Spring Up Everlasting: Poems, Charles of the Desert: A Life in Verse and Beauty Strip, wrote, “While taking us to fortress and cathedral, to ocean and boneyard, these poems shine a light on ‘the next realm’ and ‘the depth yet not traveled.’ Read this book for its keen feeling, its illumination.”

Shakira: I want my children to have normal childhood

Tom Daley wants to inspire LGBT youth: 'You can achieve anything'

‘Jeopardy!’: What Did You Think of LeVar Burton’s First Night as Guest Host? (POLL)

‘FBOY Island’: Meet the Women at the Center of HBO Max’s Reality Series

Which Canceled Show Would You Like to See Saved? (POLL)