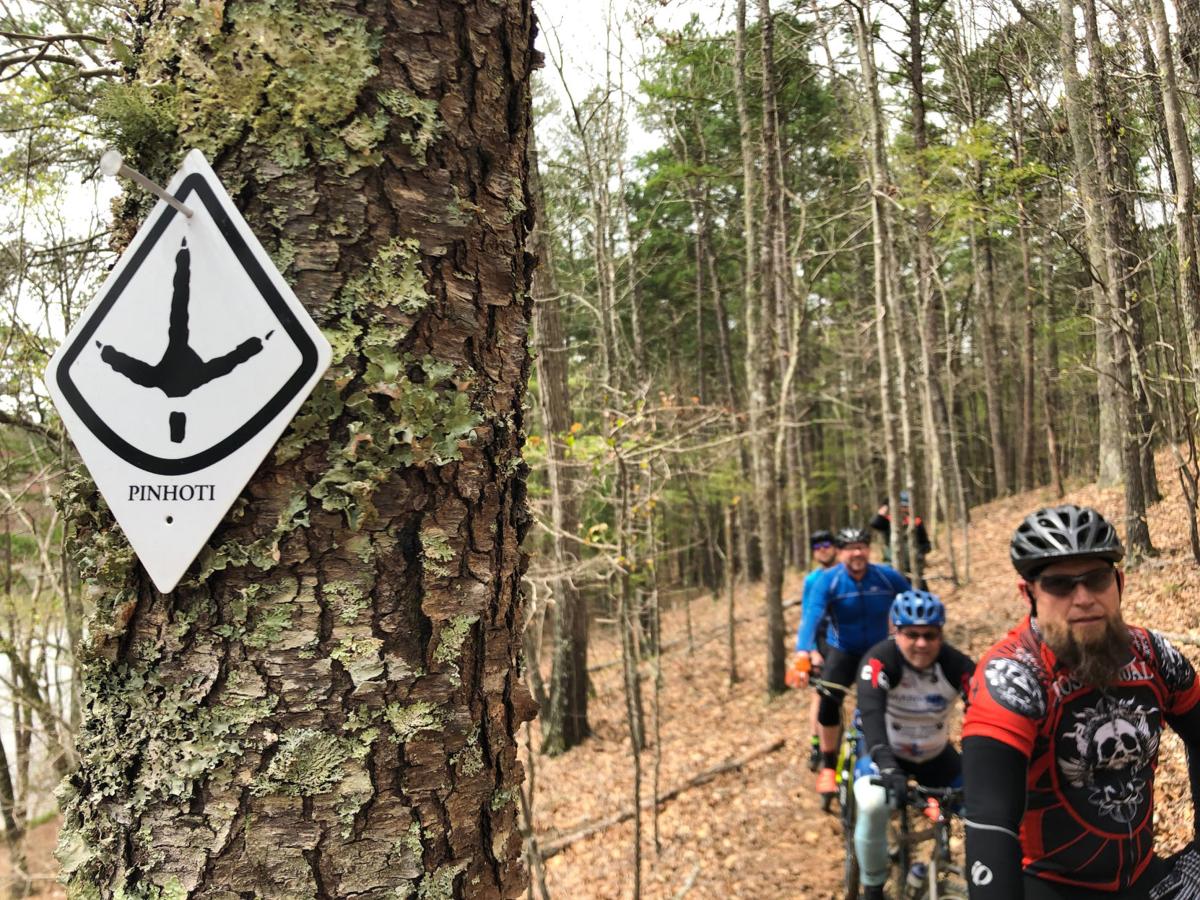 In this 2019 file photo, Darren Williams and a group of around 10 people ride mountain bikes on the Pinhoti Trail just south of Cave Spring. 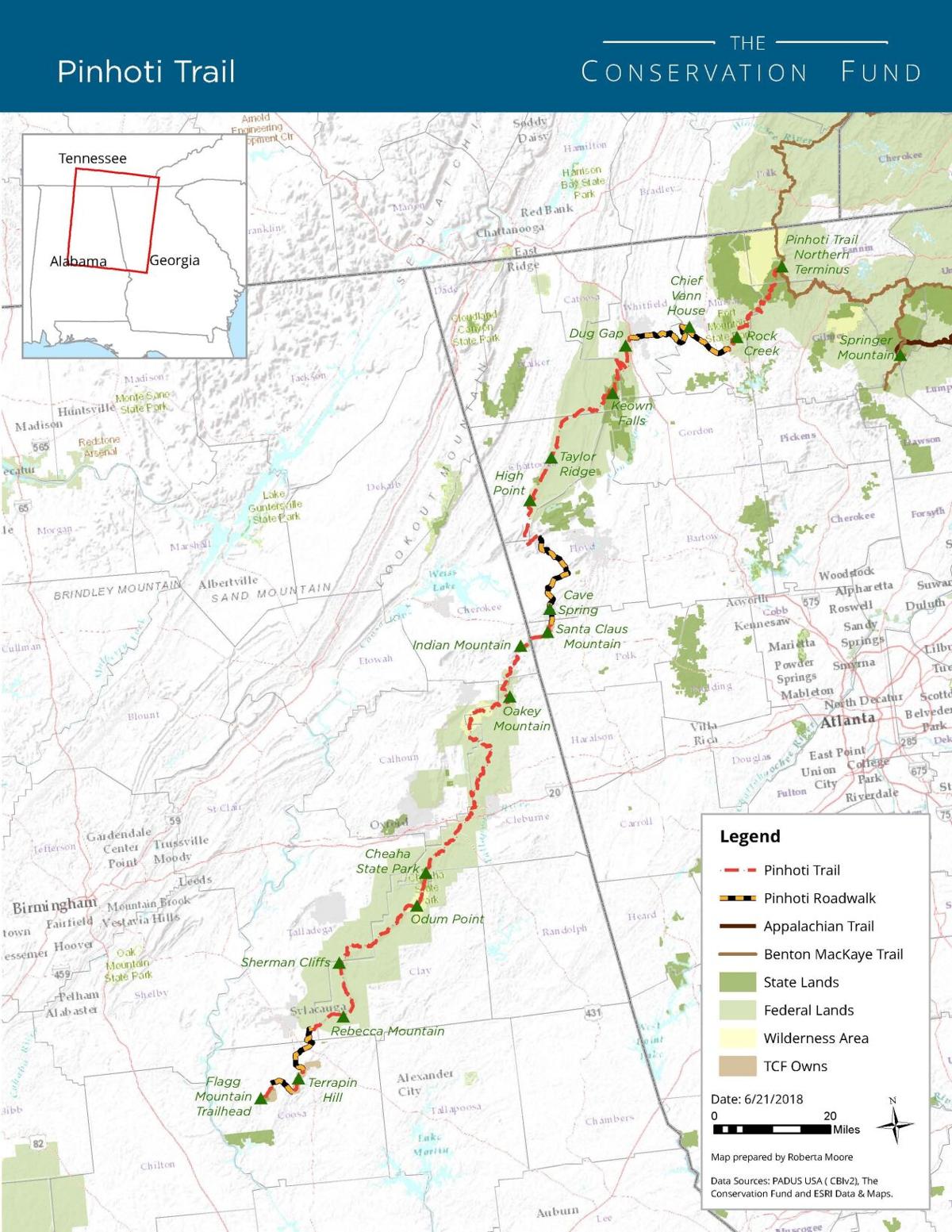 “We welcome attendance from the public and encourage feedback about how to improve the Pinhoti Trail and create better connections between the trail, its users, and its communities,” outgoing GPTA President Rick Moon said.

At noon, the board will hold a ceremony recognizing Cave Spring as Georgia’s first Pinhoti Trail Town.

“Cave Spring has for many years, in many ways, supported the Pinhoti and welcomed its users as they pass through and often spend time and money in the community,” Moon said. “It’s altogether fitting that Cave Spring is Georgia’s first Pinhoti Trail Town.”

“Participation in the Pinhoti Trail Town program can be a catalyst for economic development, engage citizens as trail stewards, aid local and regional planners, and, most importantly, help local community members see the trail as a resource and an asset,” Moon added.

Designation as a Pinhoti Trail Town begins with a community’s application, including a summary of what the community is doing to support the Pinhoti and its users as well as a self-inventory of its resources, amenities, and objectives.

“Designation as a Pinhoti Trail Town is a recognizable and valuable asset and will contribute to a community’s long-term economic health,” Lindsey said. “Cities and towns along the Pinhoti Trail’s corridor are sought out, visited, and relied on for various types of support by Pinhoti users.”

Fireworks can cause anxiety for dogs. Here’s how you can help

Spending July 4 at St. Simons Island? Here’s what you need to know