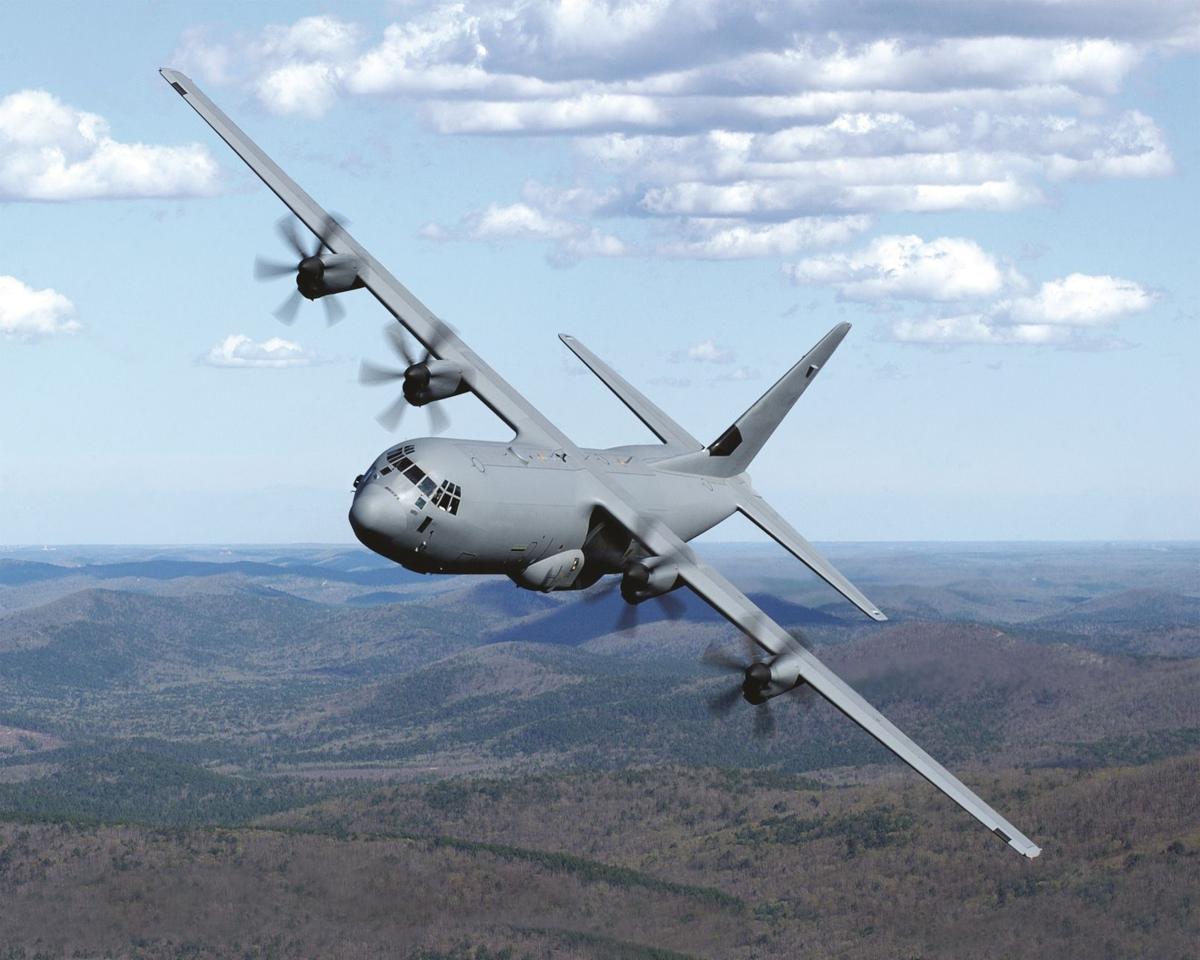 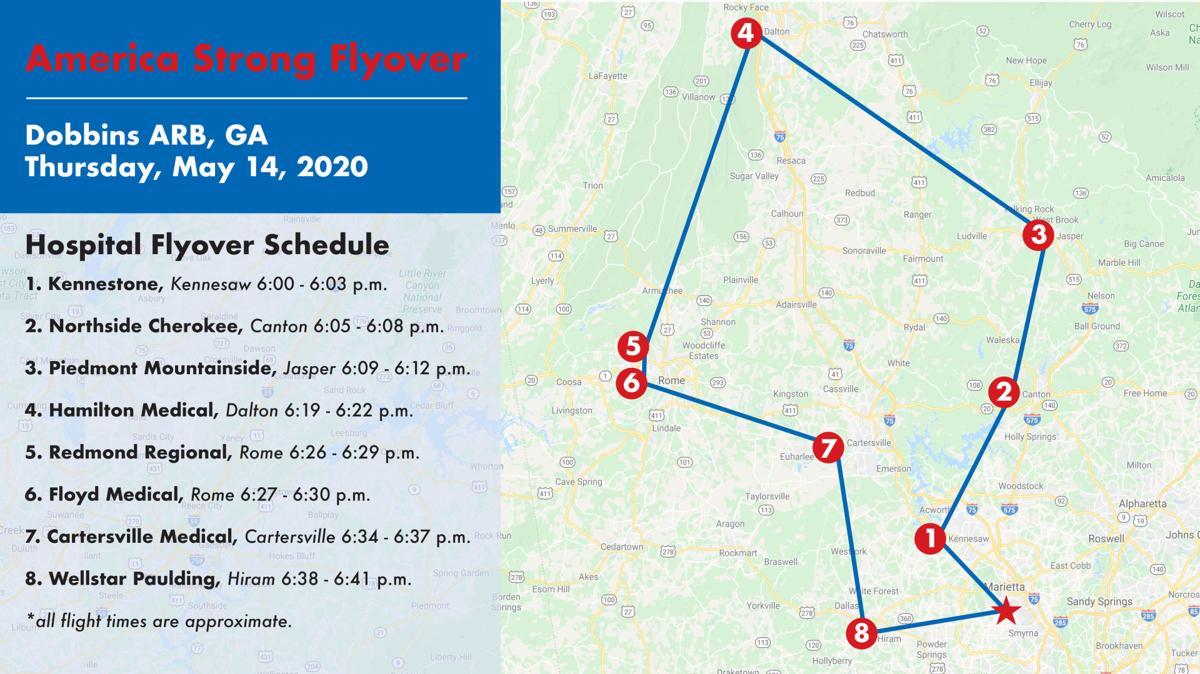 It won’t be the U.S. Air Force Thunderbirds or the U.S. Navy Blue Angels, but Rome will get a look at a C-130 Hercules as it salutes local health care first responders and essential workers during a flyover on Thursday night.

The mammoth aircraft is part of the Air Force Reserve’s 94 Airlift Wing based at Dobbins Air Reserve Base in Marietta.

The plane will leave Marietta and fly over Kennesaw, Canton, Jasper, Dalton, Rome, Cartersville and Hiram before returning to Dobbins.

The tentative schedule has the aircraft over Kennestone, Northside Cherokee and Piedmont Mountainside hospitals before reaching the Hamilton Medical Center in Dalton between 6:09 and 6:12 p.m.

It will then head over to Cartersville Medical Center, scheduled between 6:38 and 6:41 p.m., then on to Wellstar Paulding hospital in Hiram.

North Georgia residents will be able to see the flyover from their homes and military officials advise observers to maintain social distancing guidelines.

The Blue Angels and Thunderbirds performed a joint flyover of Atlanta and Albany medical centers on Saturday May 2.

Both of the military demonstration teams have performed in the Wings Over North Georgia air show in the past and the Thunderbirds are scheduled to be back in the show over Richard B. Russell Regional Airport again this autumn on Oct. 24-25.