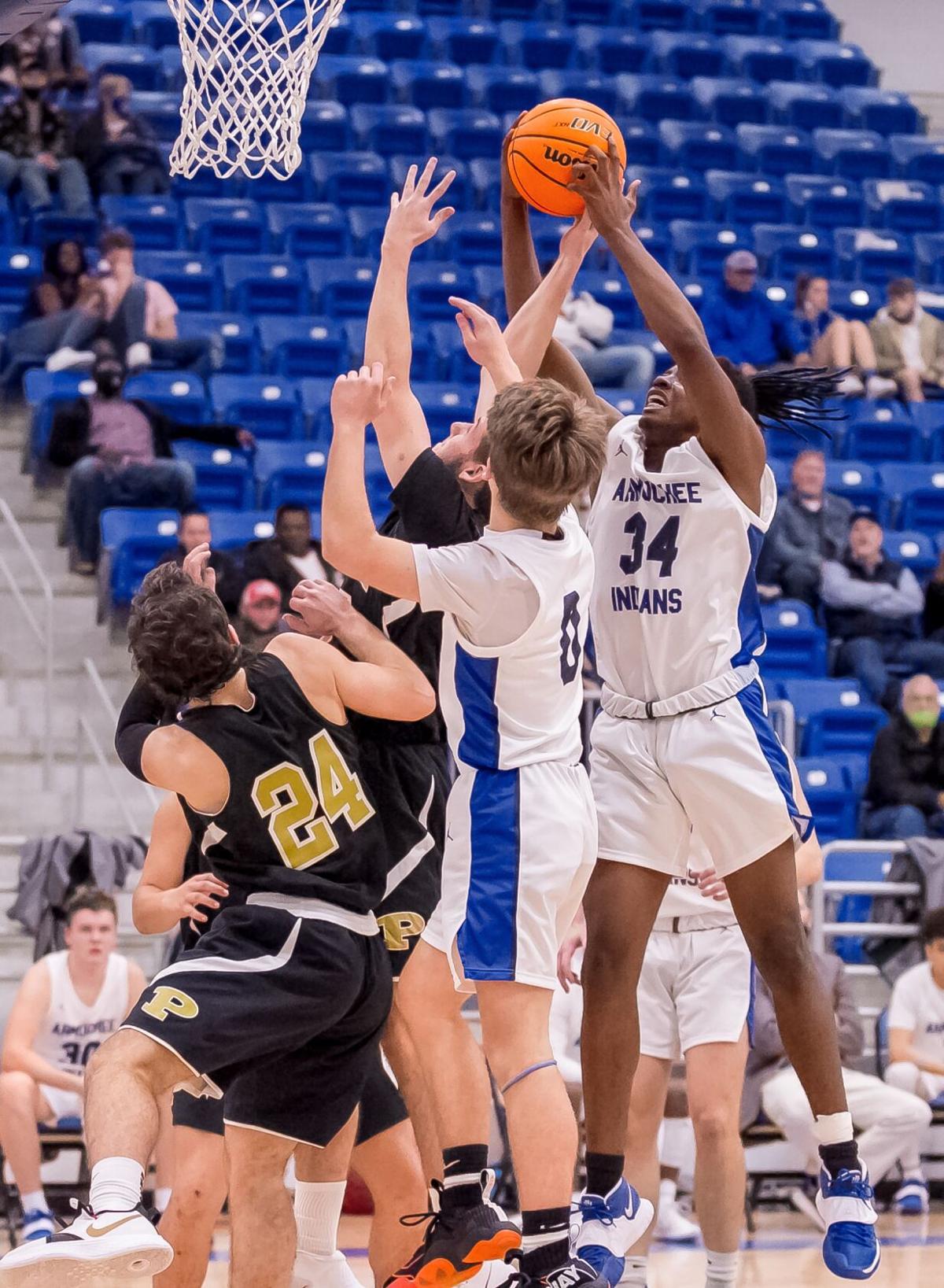 Kemah Orr (34) battles for a bucket during an Armuchee basketball game against Pepperell in December. 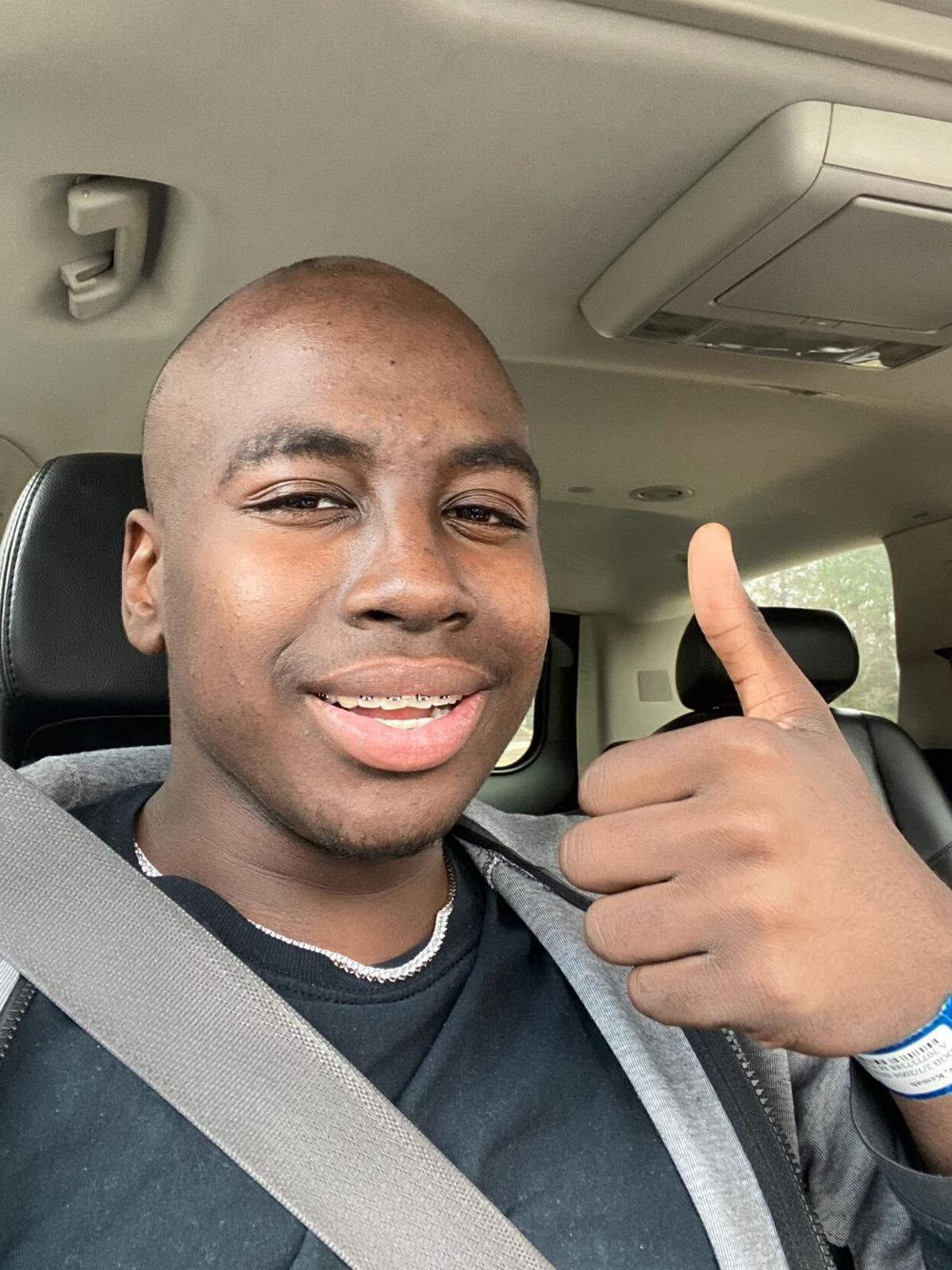 Kemah Orr (34) battles for a bucket during an Armuchee basketball game against Pepperell in December.

You’re an athlete who loves competing on the field or court day in and day out, the grind of practice and the glory of gameday.

And suddenly, the world as you know it comes to a screeching halt because you receive news that forever changes your approach to life.

After complaining of splitting headaches, Orr was taken to Redmond Regional Medical Center for a CT scan of his head in early February.

Breana Gregory, Orr’s mother, then got the news no parent should ever have to hear. Her child had been diagnosed with germinoma, a germ cell tumor found in the brain.

“I got that phone call and I just screamed,” Gregory said. “We found it in February, but his headaches started in August. He tried out for football, got hit hard and I took him to the doctor. They just said he had a mild concussion. I took him to two neurologists. They thought he had COVID. They hadn’t done a CAT scan up until Feb. 4. I thought I did something wrong because I kept going, I kept asking, I was just telling him (Kemah) to lay down like they told us. I lost it.”

Orr said he was caught off guard, not expecting the devastating new predicament life had just handed him.

“I thought they were just going to tell me something was in there that wasn’t going to take long to get out,” Orr said. “When I found I had to go all the way to a different hospital for them to get this out of my head, I was upset because I couldn’t finish off my junior season. There was a lot going through my head at the time, but I know it’s going to be OK.”

Orr was in the midst of his first full season as a part of Armuchee’s varsity basketball team, with sights set on the upcoming Region 6-A Public tournament. But with the news of germinoma, his season had to end prematurely.

“We were just shocked. Anytime you see a young person experience something like this, it’s just shock and disbelief,” Decker said. “We gave the guys the message ‘He’s one of our brothers. We need to pray for him.’ We also tried to relay the message ... there’s a lot more to life than basketball. Here’s one of our brothers, our family member that’s going through something and we need to be there for him and rally for him.”

For treatment, Orr and his mother would make the trek to Children’s Healthcare of Atlanta. At Scottish Rite Hospital, Orr underwent two brain surgeries, and once the biopsy confirmed a specific diagnosis, he started receiving chemotherapy treatments for three days every three weeks.

Chemotherapy treatments vary, but can have lasting effects of the body, such as nausea, hair and weight loss.

While balancing the effects of chemo, Orr has also had to exercise diligence in regard to schoolwork and basketball.

“I just try to stay away from people and things that will get me sick,” Orr said. “When I get done with my chemo treatments, I have nausea ... so I have to take my medicine for the first two or so days. When I’m feeling OK, I’ll go shoot around outside for about 15 minutes a day. Schoolwork’s not hard. I can get that done ... I have my tutor come help me once or twice a week.”

Orr said he handles the physical and mental toll through his faith.

“I mainly keep my connection with God strong, so I can just not worry about things like this because I know He’s going to carry me from the beginning to the end,” Orr said. “I pray every night, pray every morning, thank Him for everything. He just keeps me going. And the more I play basketball, the more it takes my mind off things.”

“I’ve come too far to give up,” Orr said. “I can’t give up now. They’ve supported me all the way up to this point; I’ve just got to keep going.”

“We feel like here at Armuchee, we’re a tight community and when one of us hurts, we all hurt,” Decker said. “He’s part of the family. We’re going to help him get through it the best we can.”

And helped out they have.

“Armuchee — the whole community — my job, my family, everybody has helped us out like a whole lot,” Gregory said.

Turning to her son, she added, “You made me realize how you’re such a good person and I’m so proud of you.”

Gregory’s message to mothers of there was a simple one: take that extra step.

“Continue to push, push because I knew something was wrong,” Gregory said. “Get yourself checked. Don’t just stop at certain things. Keep looking until you find the answer because it could’ve ended another way. If you know something is not right, don’t look over it.”

With his senior year in front of him, Orr is looking forward to getting back to school and basketball full time, and his coach shares his sentiment.

“When he gets the green light, I’m going to come in here (the gym) anytime he wants to,” Decker said. “That’s the least I can do. Just let him come in and get some work in and get his mind off of what’s going on. We’re ready to get him back.”

Every person afflicted by cancer has a unique story. While they may ultimately be the only ones to go through various treatments, the support network around them opens the door for motivation in fighting a dreaded disease.

While Orr transitions from chemo therapy to radiation treatments, the Armuchee community continues to serve as a beacon of hope, a rallying cry for continual encouragement.

Every day, Orr moves one step closer to the moment every cancer patient dreams of: the declaration of remission.

When Kemah’s day arrives, it won’t just be himself and a few relatives celebrating. It will be hundreds, even thousands of “family” celebrating the overcoming of a personal challenge.

With 4 weeks until Seabaugh v. Smith, GOP likes its odds

Jun. 17—If another 207 of the 7,086 people who voted in Tuesday's special election had cast a ballot for Devan Seabaugh, the Metro Atlanta Ambulance executive would have punched his ticket to the Gold Dome as House District 34's next state representative. But in lieu of an outright victory in the special election to replace Bert Reeves, Seabaugh will now square off against Democrat Priscilla ...

‘This city is alive with Juneteenth’: In one of numerous parties, South Side residents rejoice in Hamilton Park to commemorate freedom

‘Black joy is a form of resistance.’ LA’s Juneteenth is partying with purpose