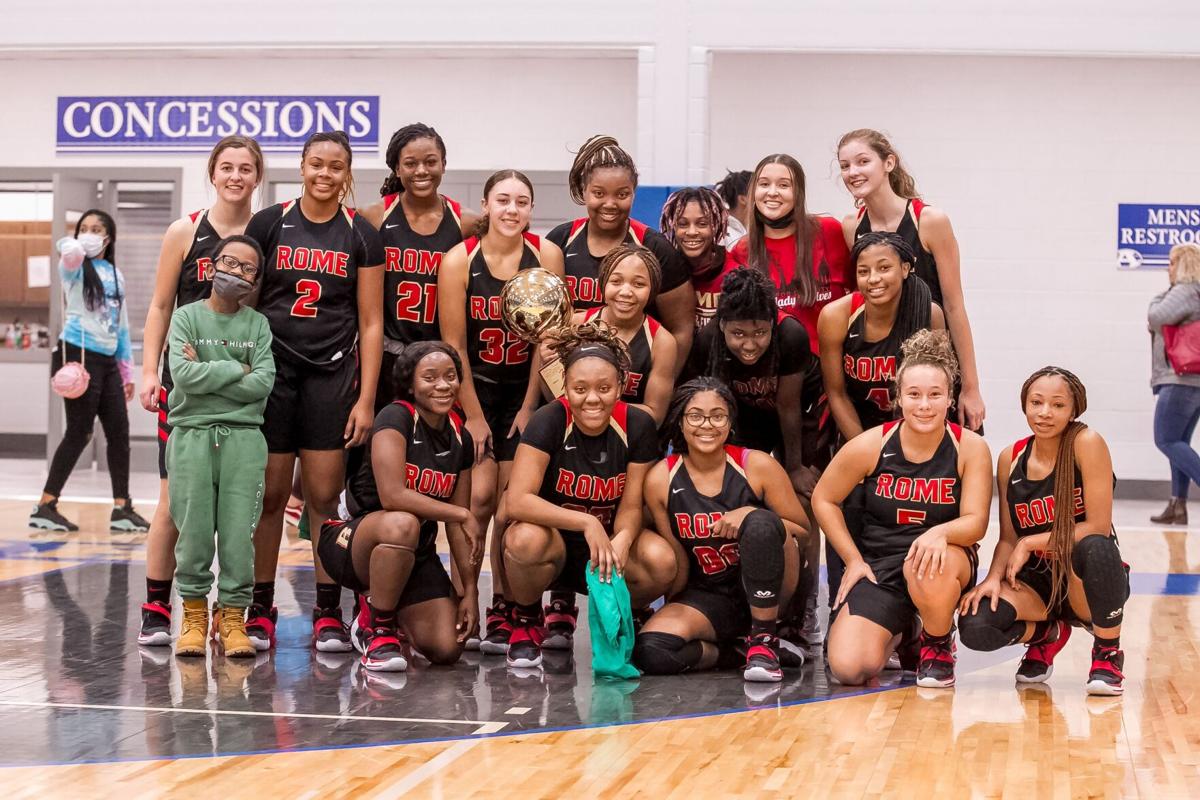 The Rome Lady Wolves pose for a picture with the Gold Ball trophy at the 67th annual Christmas Tournament at Armuchee High School on Friday, Dec. 18. 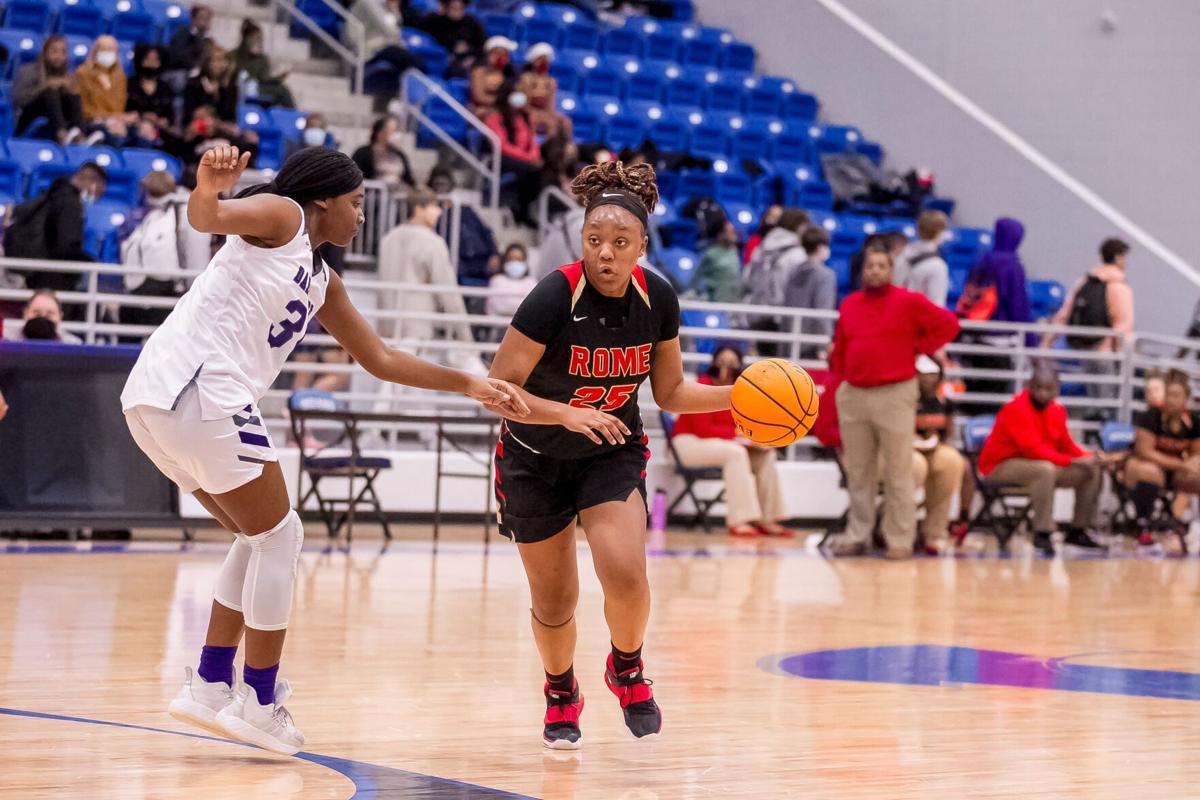 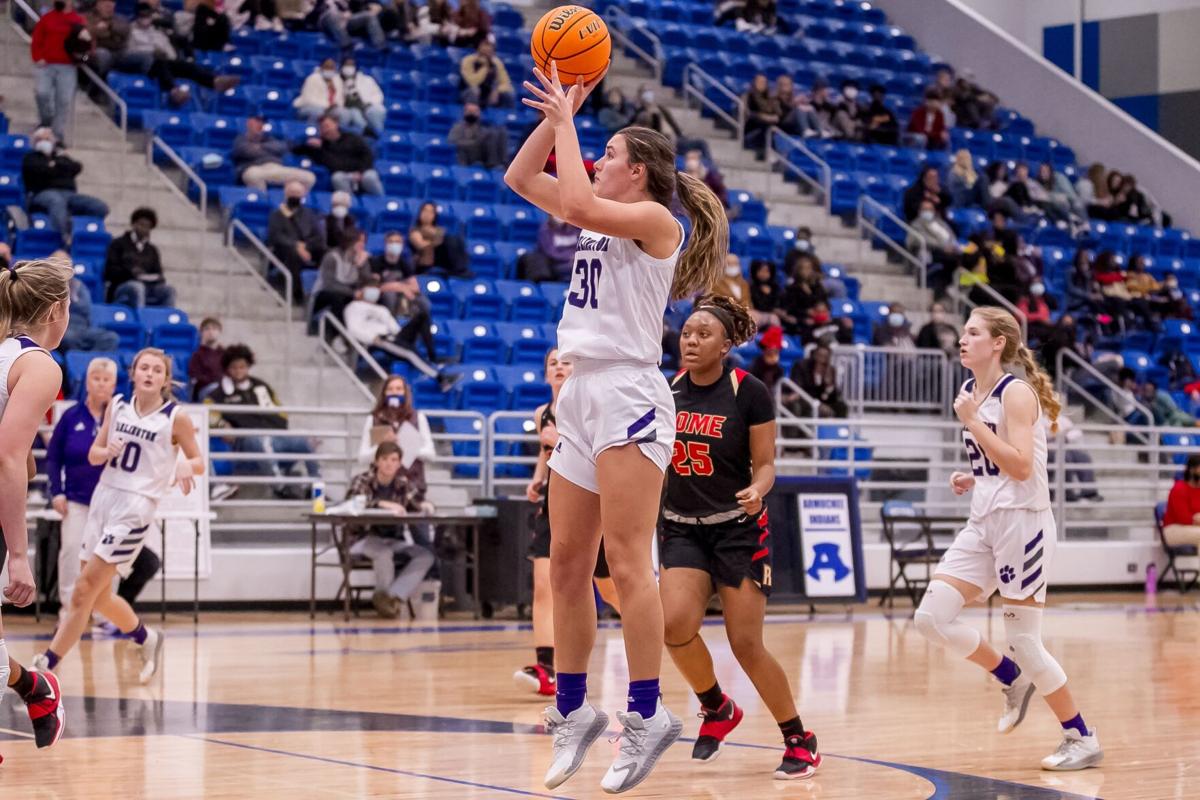 The Rome Lady Wolves pose for a picture with the Gold Ball trophy at the 67th annual Christmas Tournament at Armuchee High School on Friday, Dec. 18.

The Rome Lady Wolves found an early Christmas present in their stockings this year. It was a Gold Ball.

The Lady Wolves claimed their 12th Gold Ball with a 54-33 victory over the Darlington Lady Tigers at the 67th annual Christmas Tournament Friday at Armuchee High School.

“It means a whole bunch to our school, our kids, our community,” Lady Wolves head coach Jason Harris said. “I didn’t really grasp the importance of it when I first got here, but this being my fourth year here, I really understand the importance of winning this tournament. We’re just excited just to be able to come out here and showcase our talent and bring a Gold Ball back to Rome.”

The story of the game was Rome’s stingy full-court press defense, which held Darlington, the defending Gold Ball champions, in check for majority of the evening.

“We’re able to play at least 10-12 people, so that helps,” Harris said. “When you’re trying to play that style of basketball, you’ve got to be deep enough to play it. If you don’t have the manpower, you’re going to get worn down. Hats off to our girls for buying in to our philosophy of playing 94 feet for 32 minutes.”

The Lady Tigers kept it close through one quarter, trailing 11-10, but managed just 23 points over the next 24 minutes. Darlington’s roster features just one senior, and head coach Hazel Hall noted the youth after the contest.

“We’re still really, really young,” Hall said. “We lost a … really good senior class and this is just our fourth game. I was proud of our effort. We’ve got stuff we’ve got to clean up for sure, but I was proud that we played hard.”

Rome’s offense hit a high gear in the second quarter, as Ta’Emmica “Pinky” Nation hit two 3-pointers and a couple of free throws as part of a 17-point Lady Wolves second frame. Darlington’s first field goal did not come until over halfway through the quarter.

“I knew going against Hazel (Hall) that they were going to be a well-coached team,” Harris said. “Just us defensively being able to sit down and guard, we were able to execute some of our sets in the half court is a tremendous thing for us to grow from.”

At halftime, Rome had opened up a 28-15 edge and never looked back.

After three quarters, the Lady Wolves held a 20-point advantage over the Lady Tigers, and eight minutes later, the Gold Ball was theirs.

“We knew it would be a dogfight from the beginning,” Harris said. “For us to come away with the Gold Ball means we did something good and we’re growing from it. Our ultimate goal is to keep growing as the season goes.”

Rome’s path to the championship game featured a couple of blowouts, first defeating Unity Christian 74-32, then following it up with a 30-point victory over Armuchee.

“We’re getting to play,” Hall said. “We’ve had five cancellations. We just want to try to play as much as we can. We didn’t get to play in the summer, so that really set everybody back. Now we’re just trying to play games and try to get better every time we come out.”

Rome’s record rises to 6-3, winners of four of their last five. The Lady Wolves now prepare for a post-Christmas tournament and face Banks County on Monday, Dec. 28, in Homer.

Darlington’s record now stands at 2-2. The Lady Tigers now have an extended break until tipping off region play on Jan. 8 against Mount Paran Christian in Kennesaw.

EXPLAINER: Italy faces a political crisis amid a pandemic