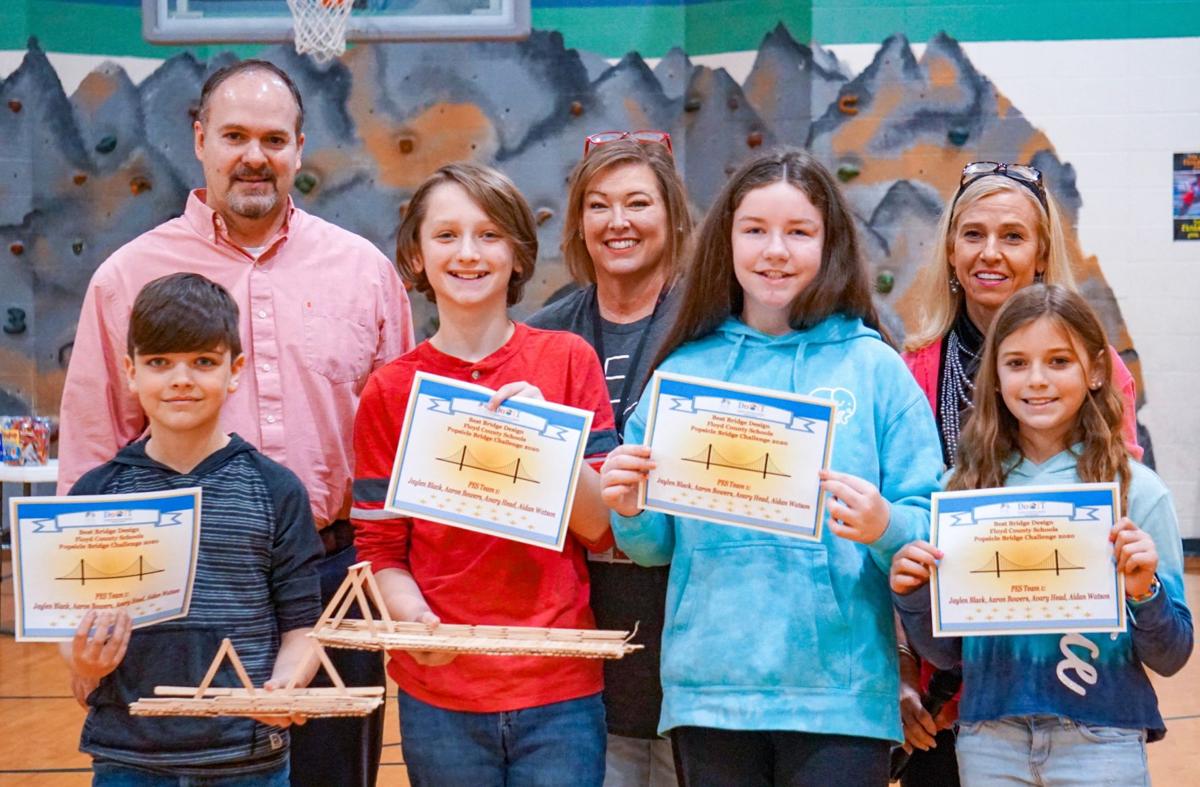 Winners of the “Best Looking Bridge” portion of the popsicle stick bridge competition pose with their winning popsicle bridges at Armuchee Elementary on Thursday. 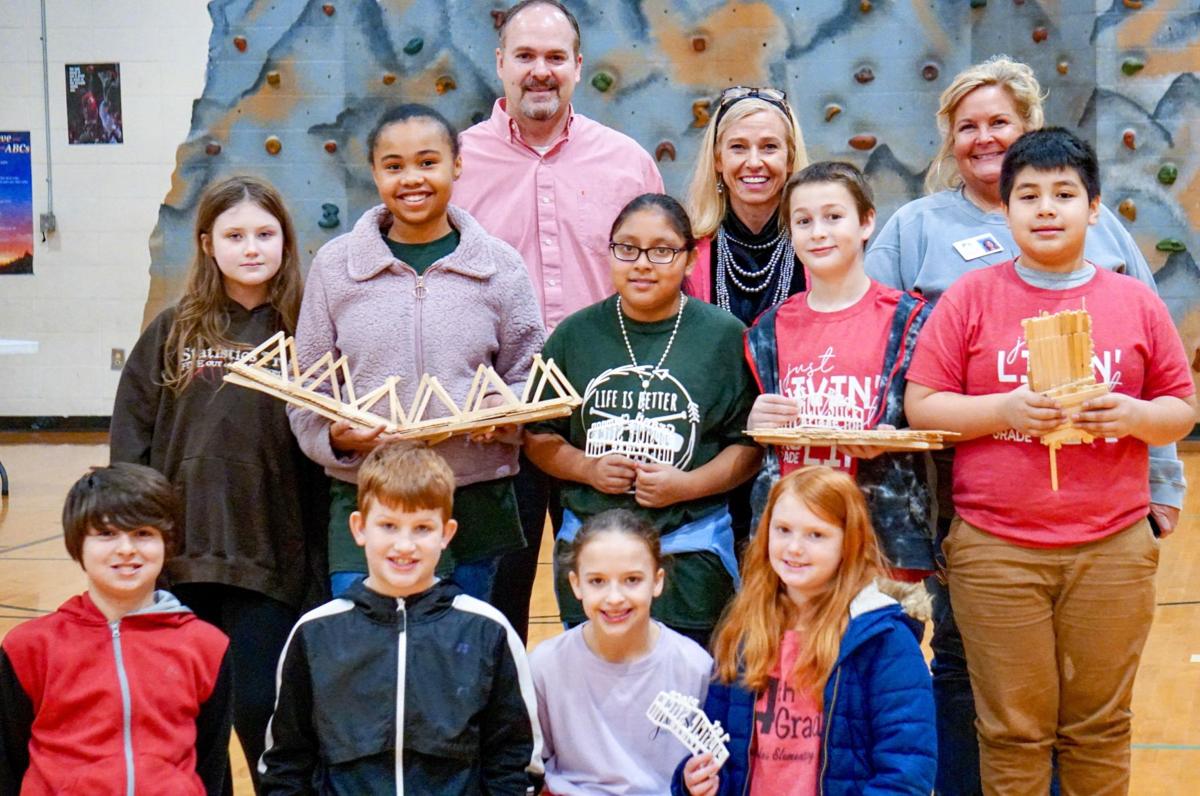 Winners of the “Best Looking Bridge” portion of the popsicle stick bridge competition pose with their winning popsicle bridges at Armuchee Elementary on Thursday.

“This was our fourth year at GLES to participate in the popsicle Bridge Challenge. It provided our students an opportunity to think creatively, problem solve and work as a team. This challenge provoked excitement throughout our school and was a rewarding experience,” Garden Lakes Principal Mary Alcorn said.

A popsicle stick bridge challenge starts with students designing and building a bridge out of 400 popsicle sticks and basic white school glue that can span a 20-inch gap with a roadway the width of a popsicle stick.

The design strength is then put to the test when it is placed with the ends on two tabletops 20 inches apart with a five-gallon bucket chained in the middle of the bridge to add weight. The bridge that holds the most weight wins the challenge.

GLES fifth-graders Hilda Vicente, Justice Wetherington, and Cheyenne Osburn were crowned 2020 Grand Champions with a bridge holding 100 pounds, withstanding more weight than the other six teams in their grade level by an average of 50 pounds.

The Latest: Bloomberg delays town hall to prepare for debate

Sanders brushes off questions on costs, age on ‘60 Minutes’

Cedartown Library events coming up this week, through month's end

Fun night in Cedartown for stop on Roots & Boots Tour