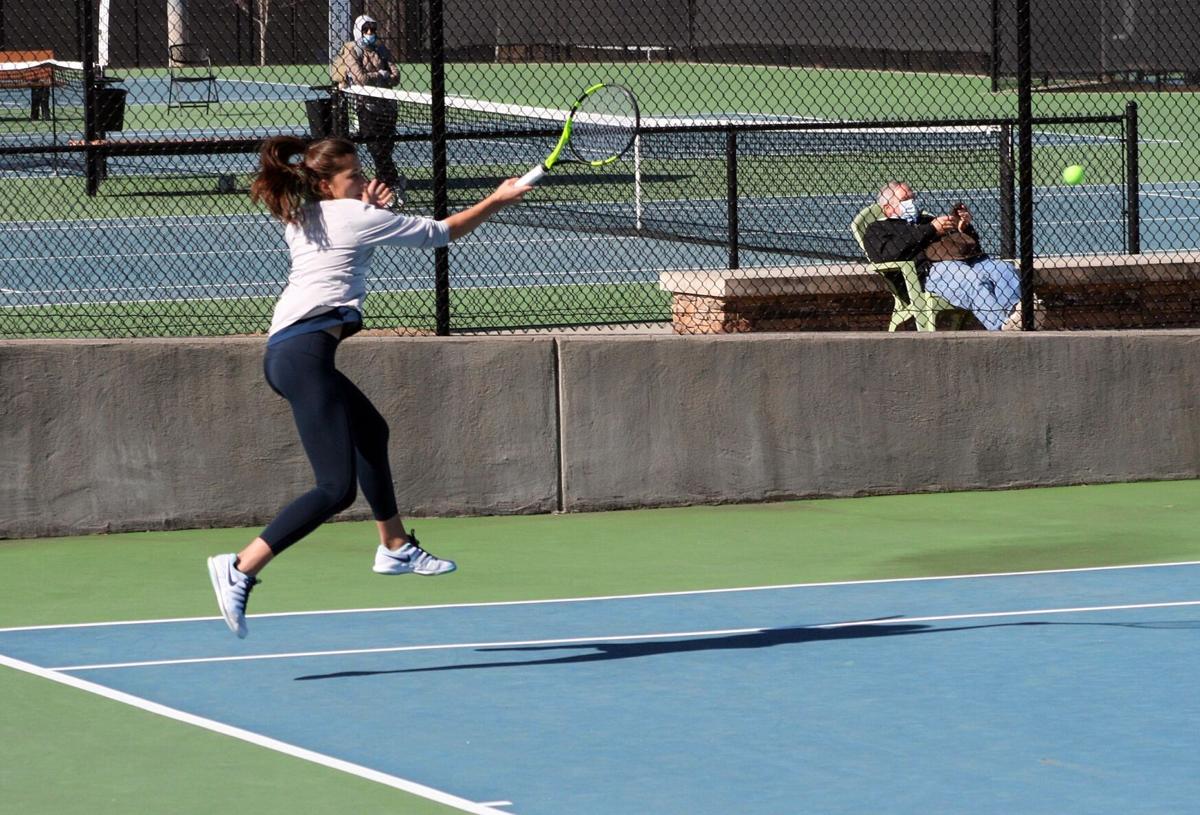 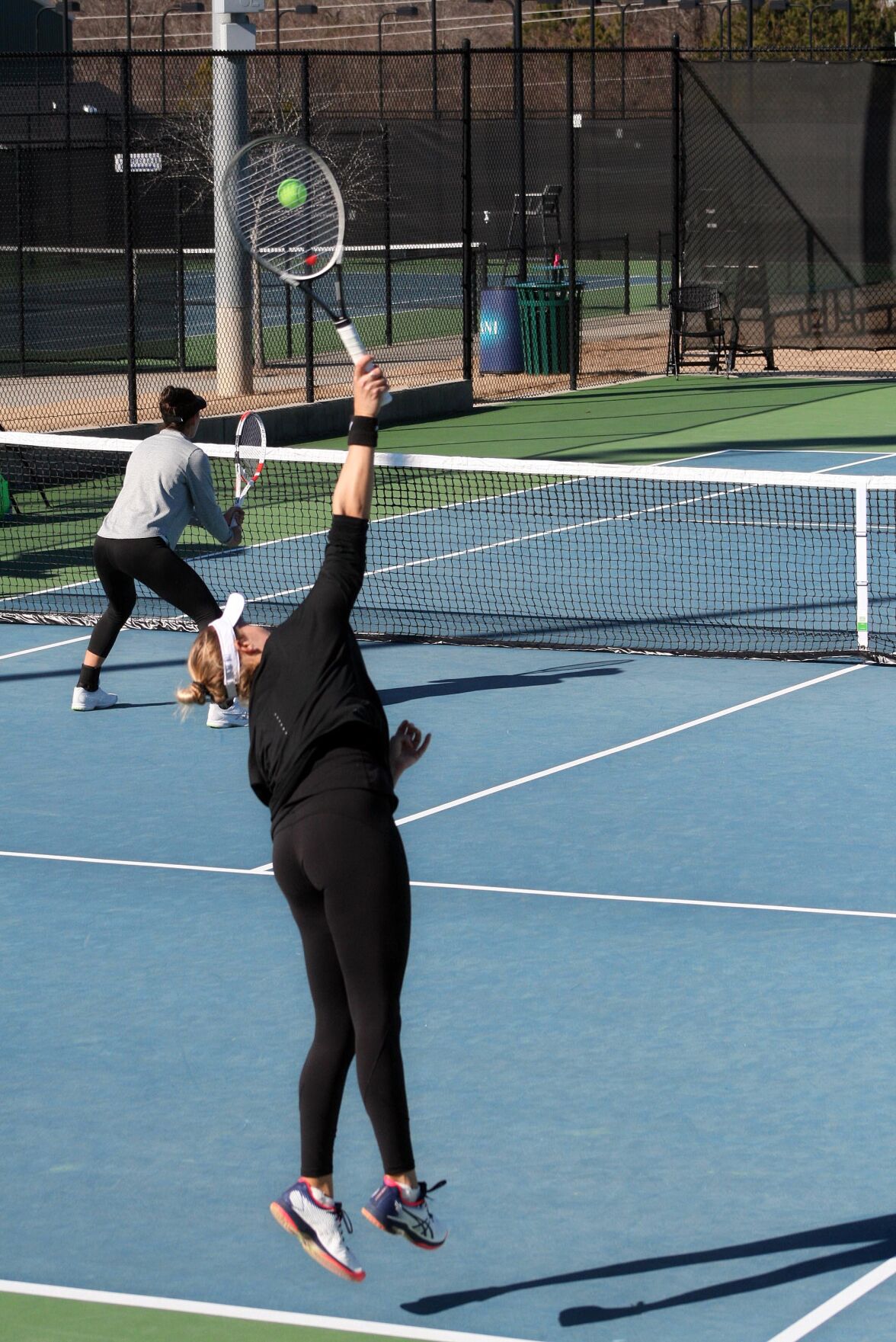 Americans Catherine Harrison and Sophia Whittle battle in their doubles’ semifinal match against Olga Govortsova of Belarus and Jovana Jovic of Serbia at the Rome Tennis Center on Friday. 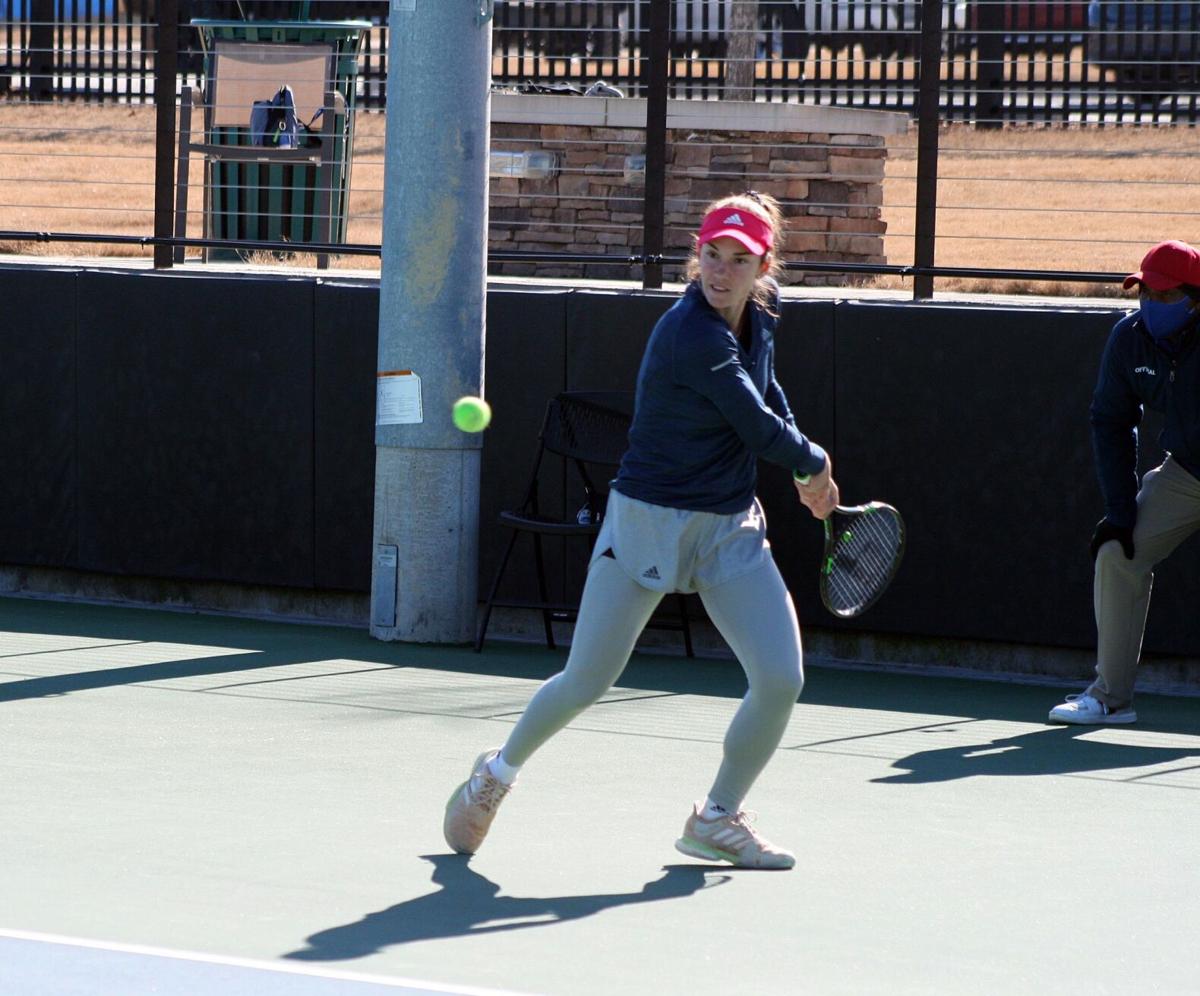 Irene Burillo, Spain, fought back from a loss in the opening set to beat American sensation Robin Montgomery at the Georgia's Rome Open quarter finals Friday.

Americans Catherine Harrison and Sophia Whittle battle in their doubles’ semifinal match against Olga Govortsova of Belarus and Jovana Jovic of Serbia at the Rome Tennis Center on Friday.

Irene Burillo, Spain, fought back from a loss in the opening set to beat American sensation Robin Montgomery at the Georgia's Rome Open quarter finals Friday.

Action at the inaugural Georgia’s Rome Open tennis championships has been marked by long and intense battles of players who don’t always run into each other on the International Tennis Federation/Women’s Tennis Association circuits.

Semifinals are set in the singles draw with Americans Emina Bektas and Grace Min battling each other in one match and Spain’s Irene Burillo meeting Mexico’s Ana Sofia Sanchez.

The doubles final pits Olga Govortsova of Belarus and her partner Jovana Jovic of Serbia against Tara Moore of Great Britain and Bektas.

Bektas was the first to reach the semis in the women’s draw, taking out Katherine Sebov of Canada 7-5, 6-3.

Burillo made her way in with a thrilling come from behind win, 3-6, 6-3, 6-3 over American teenager Robin Montgomery.

Grace Min took down Usue Arconada 6-3, 7-6 to round out the final four.

Bektas, who played college tennis at the University of Michigan, said she’s just tried to hang in there in the elements.

Burillo said this is a huge opportunity for her having never advanced to the semi-finals in a $60,000 tournament.

“I’m just trying to play my game and keep going with a good attitude,” Burillo said. She’s dropped the first set in a couple of her matches thus far and said mental toughness has been an important part of her preparation.

Sanchez had no trouble at all in her match with Perrin.

“Today I played good. I was consistent,” Sanchez said. “I fight every point.”

She has played Burillo several times before and anticipates a good match in the semi.

Sanchez said was particularly grateful to the USTA for putting the Rome tournaments on the schedule and like Burillo, this will be the first time to make it as far as the semis in a $60,000 tournament.

Min had two opportunities to win the match with Arconada in straight sets, but was broken twice and needed a second set tie break to advance and is looking forward to meeting Bektas in the all-American semifinal.